If you’ve just picked up an Xbox Series X|S, you’re probably wondering what games to pick up first. But instead of splashing the cash on all the latest triple-A games, you should think about subscribing to the Xbox Game Pass – Microsoft’s Netflix-inspired games service.

While the pass, which you can purchase from $9.99/£7.99 a month right here, offers something for everyone, it can be quite overwhelming for first-time users. The pass offers everything from classic games like Halo and Witcher 3 to more modern triple-A games like Control and Forza Horizon 4. Ultimate users also have the entire EA Play library at their fingertips too.

If all that sounds too much for you, then don’t worry, we’re going to break down the best games on the Xbox Game Pass right here for you. All you need to do is pick one or two of these absolute bangers to download on your shiny new console and you’re good to go. 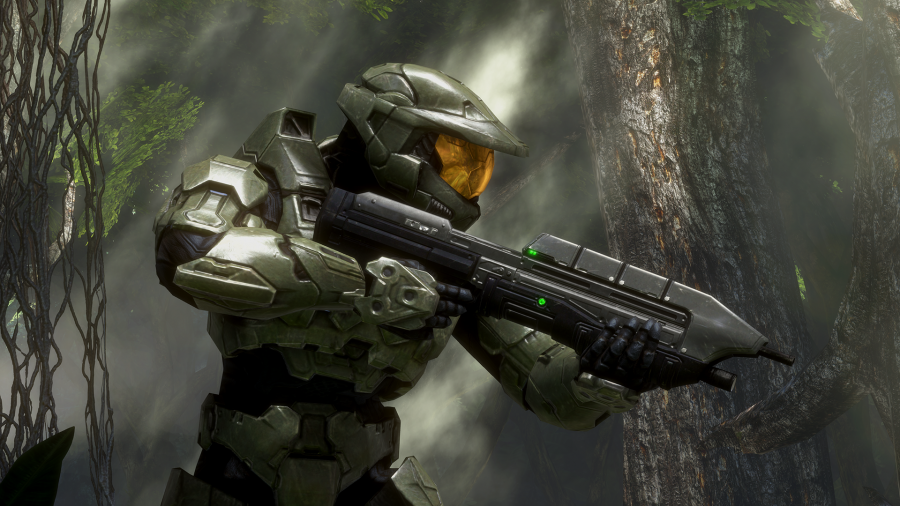 If you’ve got an Xbox but you’ve not played Halo, then what are you waiting for? The Master Chief Collection includes six games, starting with Reach and ending with Halo 3: ODST, allowing you to dive into the Halo story from the very beginning.

Since some of the games are pretty old now, you’ll be happy to hear that they’ve been graphically enhanced for this collection, meaning your playthroughs should be buttery smooth.

Add in Halo multiplayer and you’ve got everything you need to become a die hard fan. 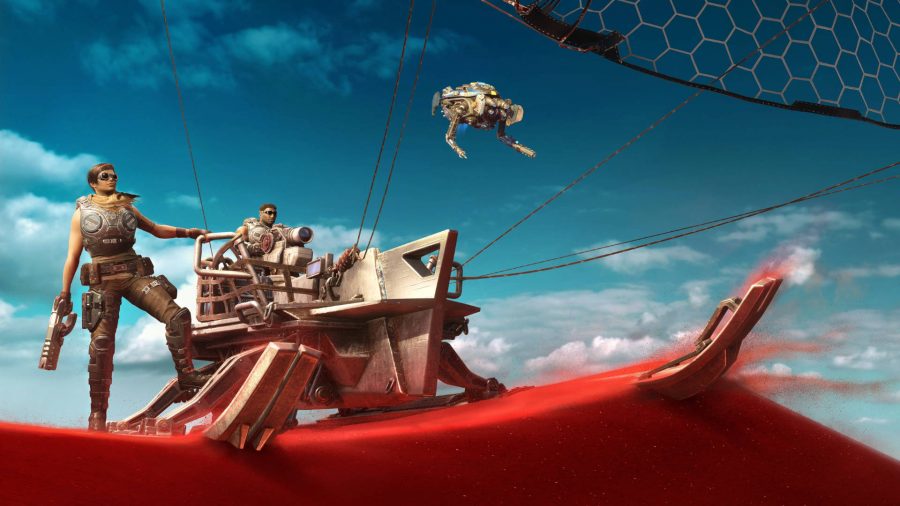 Recently remastered for the Xbox X|S, Gears 5 is third-person shooter that directly follows on from the end of Gears of War 4. While the single-player story line is pretty complex, the game’s tutorial is good at bringing you up to speed quickly. In the single-player, you’re tasked with helping Kait learn more about her family background while trying to hold back the horde.

Games galore: The Xbox Game Pass games list in all its glory

If a compelling single-player isn’t enough to convince you to download, maybe Gears 5’s cracking multiplayer mode will. With several online modes and a split-screen option, Gears 5 is great to play with friends. 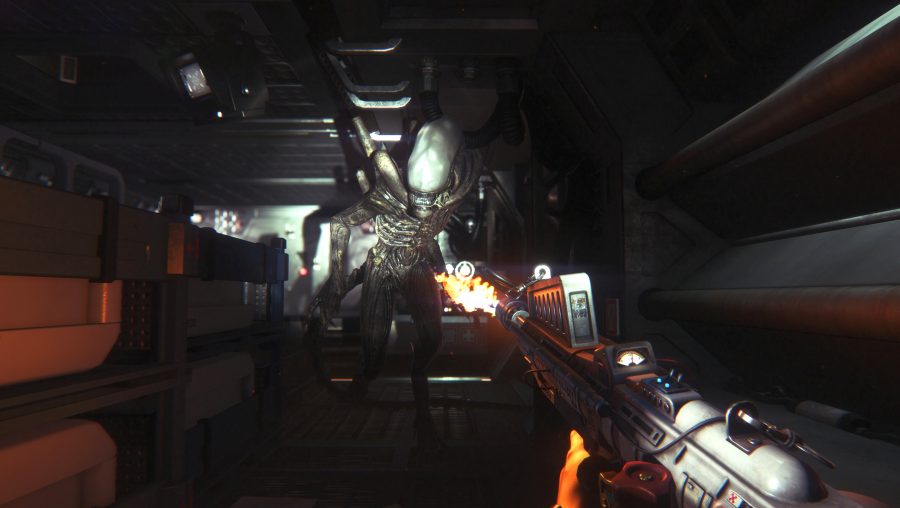 What’s that noise? Did something just move? You’ll be asking yourself those questions and more in Alien: Isolation as you try and escape a decommissioned trading post. But in order to stay alive, you’ll need to do much more than ask questions – you’ll need to plan ahead. That’s because the Alien stalking the long, dark corridors of the post learns from every move you make, mimicking your behavior.

Whether you’re a fan of the films or you’re simply intrigued by the new and improved AI, Alien: Isolation is a game you won’t forget in a hurry. 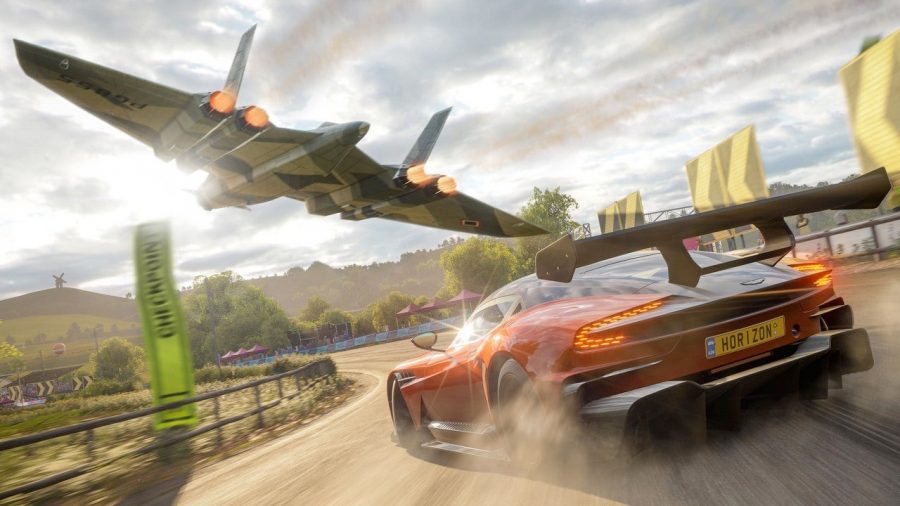 With complex missions and races, and a dynamic weather system that’ll drastically alter how cars handle the roads, Forza Horizon 4 will really put your driving skills to the test. 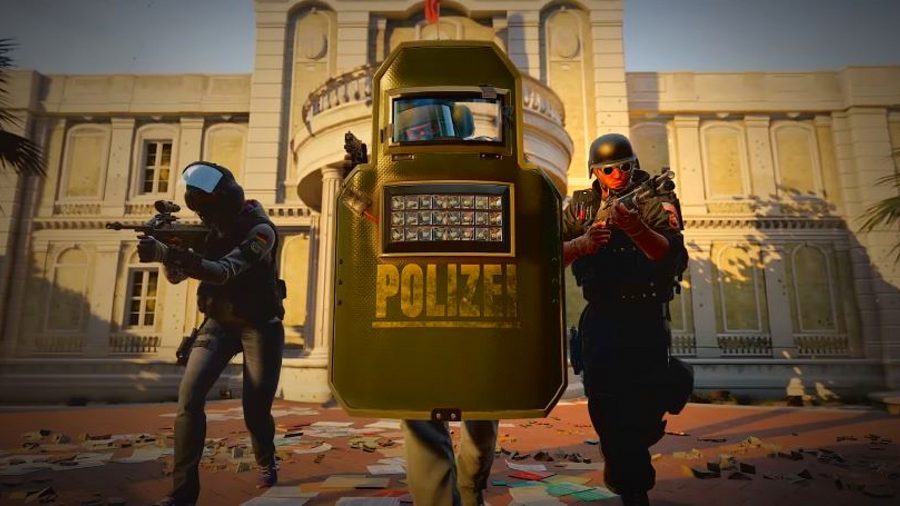 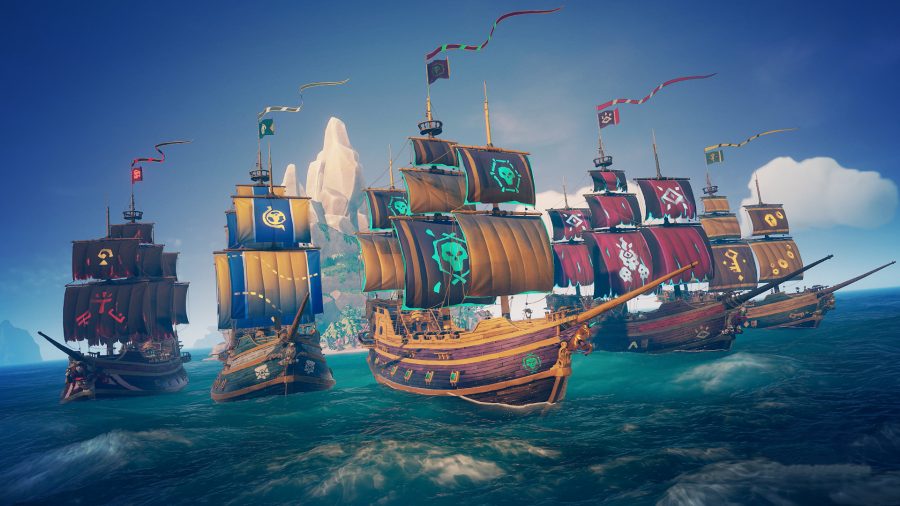 If you’re ready to do your best Jack Sparrow impression, the shores of Sea of Thieves are waiting for you. Rare’s impressive live-service game has changed a fair bit over the last couple of years, granting swashbuckling pirates like you the chance to prove you’ve got the sea legs to survive.

Sea of Thieves is best enjoyed with friends, but it can be played alone too. Just try and stay out of the water. 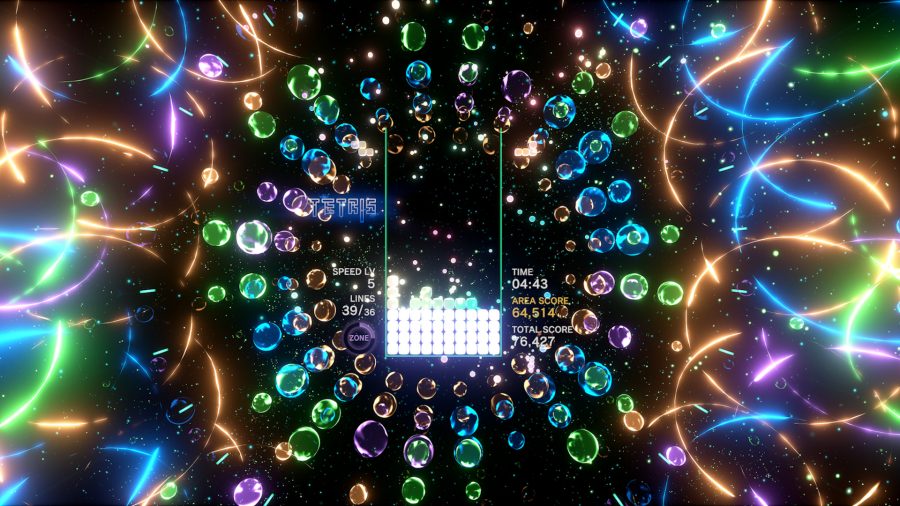 Tetris Effect: Connected will put your tetrominoes placing skills to the test. Whether you decide to go it alone in the breathless single-player or online through the fast-paced cooperative online multiplayer, this is Tetris at its best. 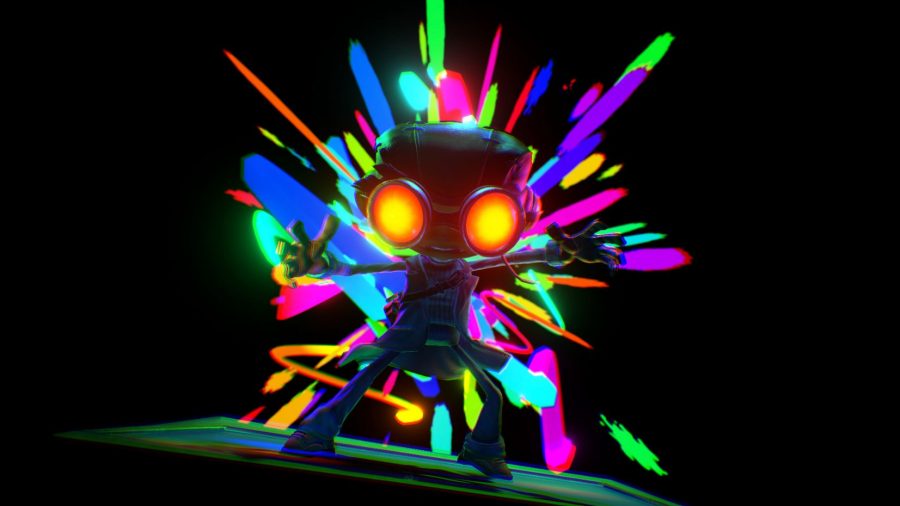 Easily one of the best Xbox Series X games so far, Psychonauts 2 is a must-download from the Xbox Game Pass. In this platformer, you’ll take control of Raz, a psychic spy who can delve into the minds of others.

With colourful worlds, brilliant characters, and genuinely surprising storylines, there’s something for everyone in Double Fine’s game. 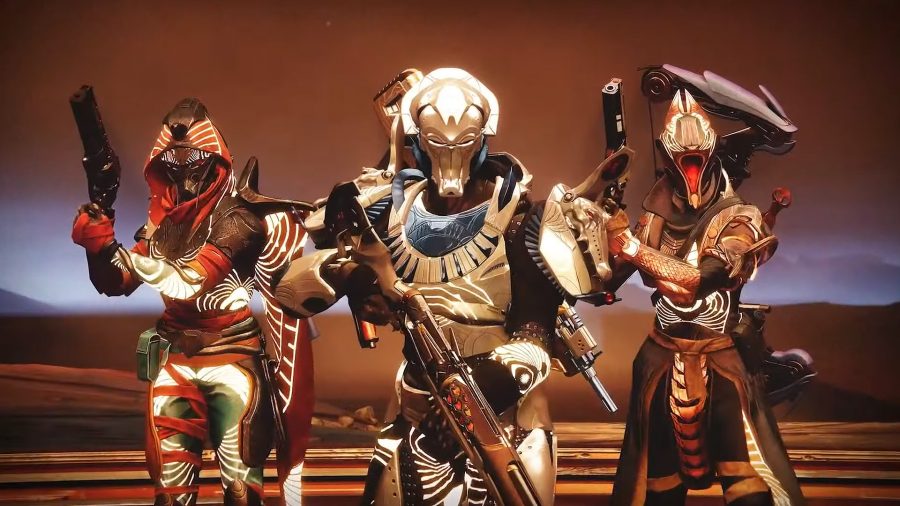 Intrigued by the Witch Queen? Aren’t we all. Whether you’re a new player or an old veteran looking to return to a familiar world, Destiny 2 is a gripping live-service game that’ll have you raiding dungeons with friends.

With the Xbox Game Pass, you’ll get the base game and the expansions for no extra cost, allowing you to pick and choose what you want to do at any time. It’s the best way of playing Bungie’s game and no one will change our minds about that. 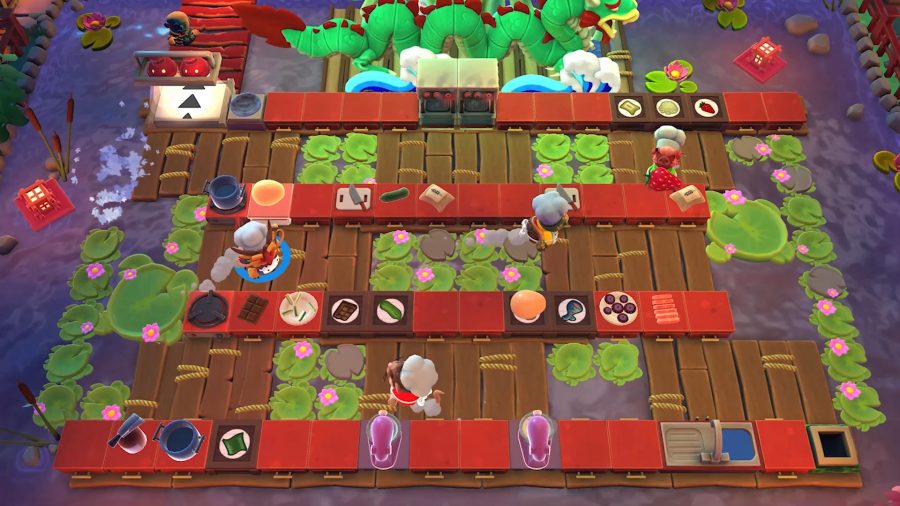 Desperate for a new multiplayer game that you can play with friends and family? Overcooked 2 is the answer to your prayers. This cooperative cooking game puts you and your friends at the center of a busy kitchen and whacks up the heat.

Friend or foe? The best split-screen games to play with friends

You’ll need to work together to fulfill orders, otherwise you’ll find yourself out of the frying pan and into the fire. 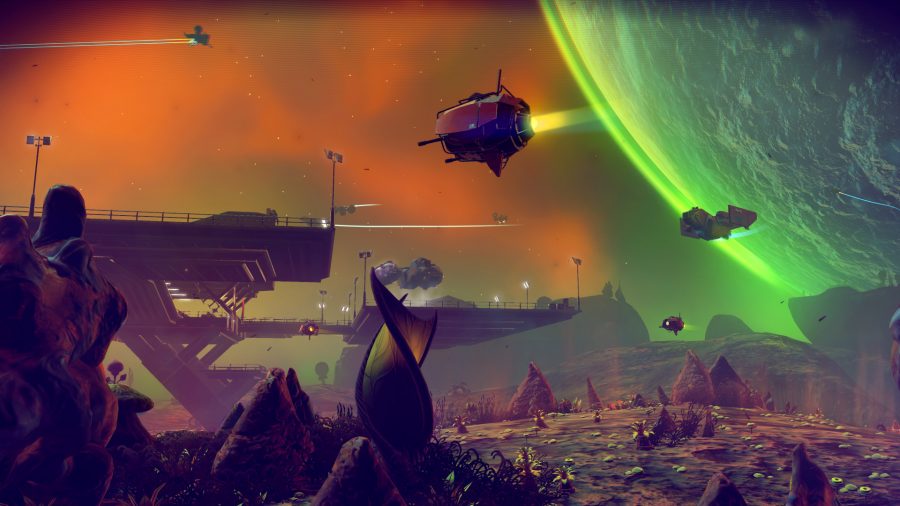 If you’re looking to explore the world at your own pace, No Man’s Sky is for you. Here you can hop in a ship and explore the ever-growing world around you, while battling and interacting with its many players.

You might recall No Man’s Sky received quite a lot of flak when it launched in 2016, but it’s quite a different game now. Thanks to Sean Murray and Hello Games’ efforts to consistently improve the game with updates, this space exploration survival game keeps its passionate community guessing what’s coming next.

So there you have it, the best games on the Xbox Game Pass right now. Obviously games come and go each month, so keep an eye on our full list of Xbox Game Pass games for the latest on the all-you-play service.