With regular updates, new operators, maps, and weapons, there’s never been a better time to get into Rainbow Six Siege. If you’ve been sucked in by the latest season and operators, then you’re probably wondering how ranked works. Well, if there’s anything we’ve learned in the last five years, it’s that Siege’s ranked mode has changed quite a lot, and there’s a fair bit you need to know.

With more than 50 operators to pick from in Siege, it can be quite easy to feel overwhelmed by Ubisoft’s tactical shooter. But, don’t worry. Like many other FPS games out there, it’s a big learning curve, and one that’s best assisted through casual and ranked game modes.

From Copper to Diamond, Siege’s ranking system gives you a good indication of the level you’re currently at in the esports title, and if you’re new to the game, then climbing that ranking system isn’t going to be easy. Luckily for you though, we’ve got everything you need to know about Rainbow Six Siege’s ranked mode, including the ranking system, MMR, season rewards, and more.

So, without further ado, here’s everything you need to know about Rainbow Six Siege ranked mode.

what are the rainbow six siege ranks?

Rainbow Six Siege has 23 ranks split across seven ranking tiers starting at Copper and ending at Champion. Your rank is determined by your MMR, or matchmaking rank, which changes after each game. Like most other online competitive games, each tier has a set rating that you need to achieve before you move up to the next one, which is highlighted below.

The average rank across the playerbase is Silver II, according to rank tracker sites like R6Tab, but there’s plenty of room for manoeuvre if you’re looking to improve on that average.

However, it looks like Rainbow Six Siege ranks is set to be reworked in the near future. In a recent interview with The Loadout, game director Jean Baptiste Halle says the team plan on “reworking the ranking system entirely.” The current system relies on matchmaking rating, something we explain more in depth below, but Ubisoft want it to reflect a “sense of progression and accomplishment” in the future. We don’t know how that will look just yet though.

what IS MMR in rainbow six siege?

Your matchmaking rating in Siege is a score that determines which rank you are. It also helps matchmaking place you in games with similarly skilled players to that games are fair for all.

But how does it all work? Well, the game uses data to compile your wins and losses and turn it into a number that changes every time you play. That number is then assigned to a rank, which becomes a visual representation of your MMR. 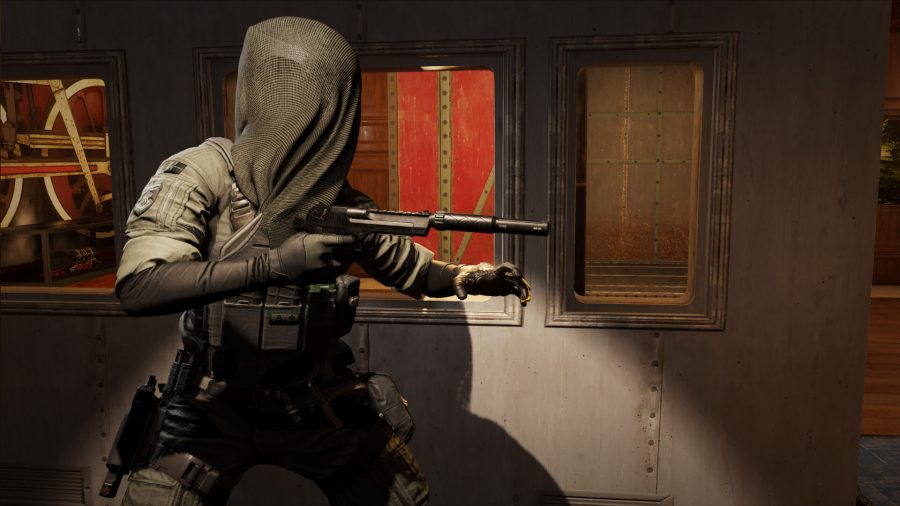 Abandoning games, getting kicked, and having a cheater in your game will all also affect your MMR, and may result in a rank adjustment.

How do I get a rank in rainbow six siege?

If you’re just starting the season out and you need a rank, you’ll need to complete ten ranked matches. These results of these matches will help fine tune your MMR and give you the best rank based off your results.

Your rank will also reset with every new season. So if you’re just coming back to Siege from a long break, expect to do your ten placement matches all over again.

how do i rank up rainbow six siege?

Remember, your rank is determined by your performance in the game. Rainbow Six Siege is a tactical shooter, so teamwork is key. Make sure you make good use of the ping system in game, and communicate with your team where you can.

Related: How Rainbow Six Siege breached the world of esports

Your kill/death ratio has no bearing on your MMR, so don’t worry if you find yourself dying frequently in the game. Winning the game is all that matters, so make sure you keep an eye on your cameras or drones, learn callouts, and keep calm.

You’ll become a better player for it.

what are the rainbow six siege season rewards?

Every season, players will be rewarded with custom weapon charms based on their highest placement that season. We don’t know yet what the charm will look like, but you can have a look here at all the previous rewards.

Now that you’re fully equipped with all the information about Siege’s ranked system, go out there, aim high, and see what you can achieve.