The Xbox Series X|S launch line-up might have left a lot to be desired, but one year on, Microsoft is more than making up for that. With triple-A games trickling through development and yet more incredible games being added to the Xbox Game Pass, there’s no surprises really that our best Xbox Series X games list is getting longer.

In the early days, this list was pretty similar to our best Xbox One games, mostly due to the console’s extensive back catalogue that spans multiple generations. But as time has passed, our list has changed to really reflect the games making the most out of the console’s new-gen features and stunning graphical capabilities.

But what are the best Xbox Series X games right now? Well you’re about to find out. Read on for our recommendations on what to add to your libraries, from exhilarating first-person shooters to Xbox Game Pass gems. 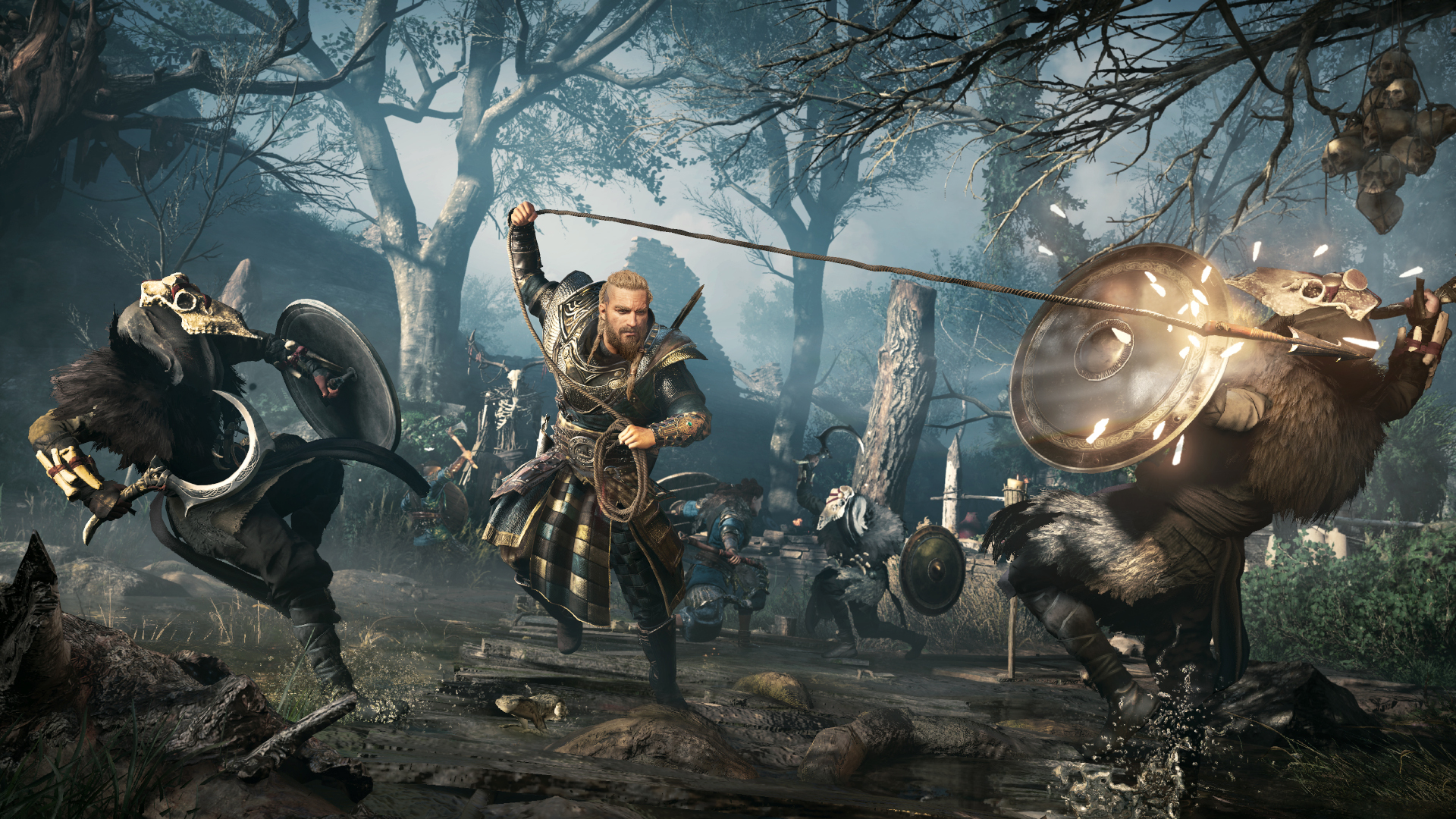 Ubisoft is well known for its ability to craft gorgeous, accurate to history games, and that remains true with Assassin’s Creed Valhalla. In this game, you’ll play as Eivor, a legendary Viking warrior on the quest for glory in England.

In between pillaging, drinking competitions, and Orlag, you’ll be able to explore true-to-life locations in glorious 4K resolution, while working your way through the long, but worthwhile campaign. 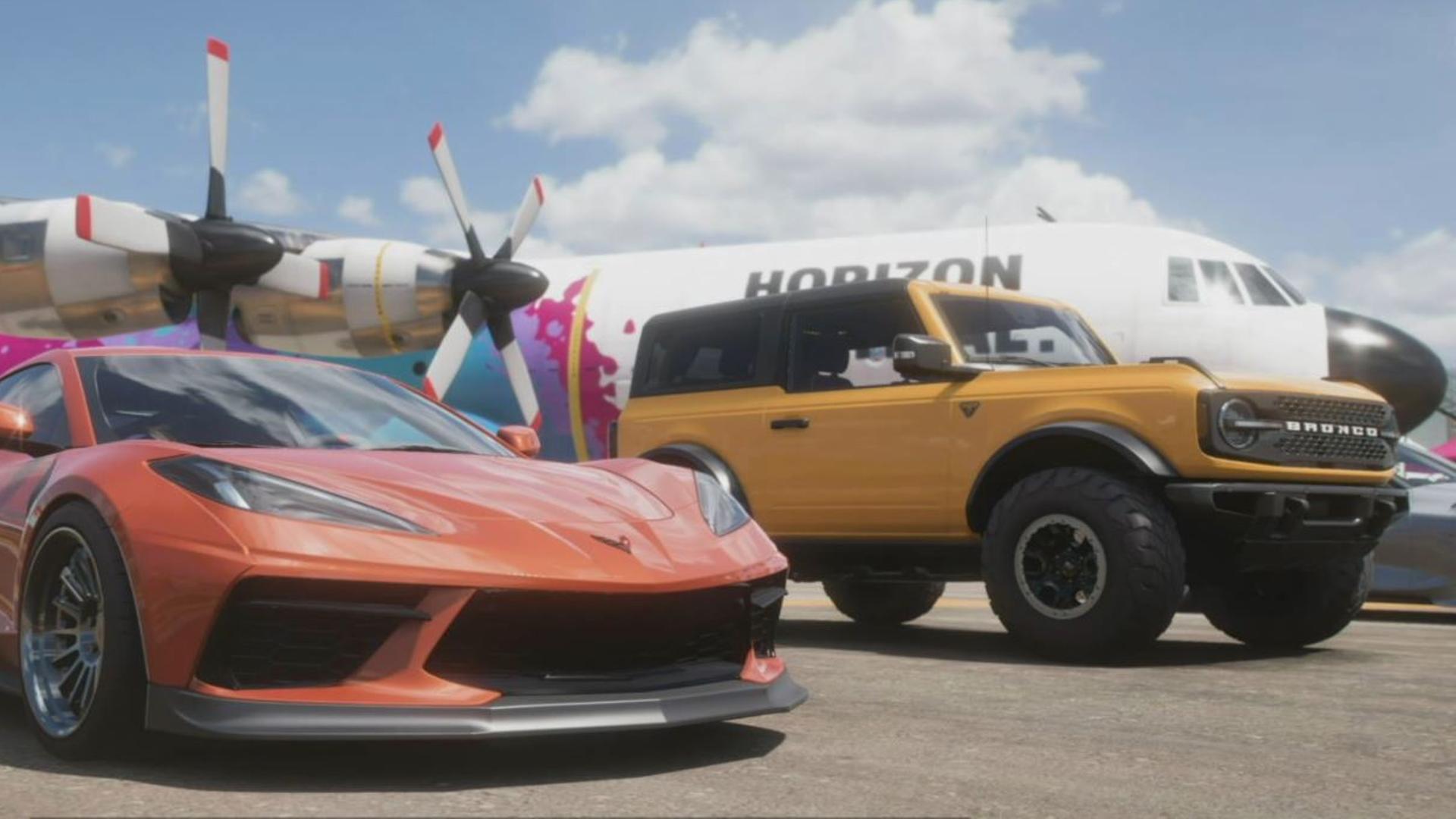 Forza Horizon is undoubtedly one of the best Xbox racing games of all time. With Xbox Series X|S and Forza Horizon 5, the series steps up a gear. It offers a vibrant open world to explore and hours of racing fun to keep you occupied.

Our Forza Horizon 5 review touched on why the game is one of the most polished experiences on Xbox Series X|S, so you would be crazy to not check out Playground Games’ best work yet. 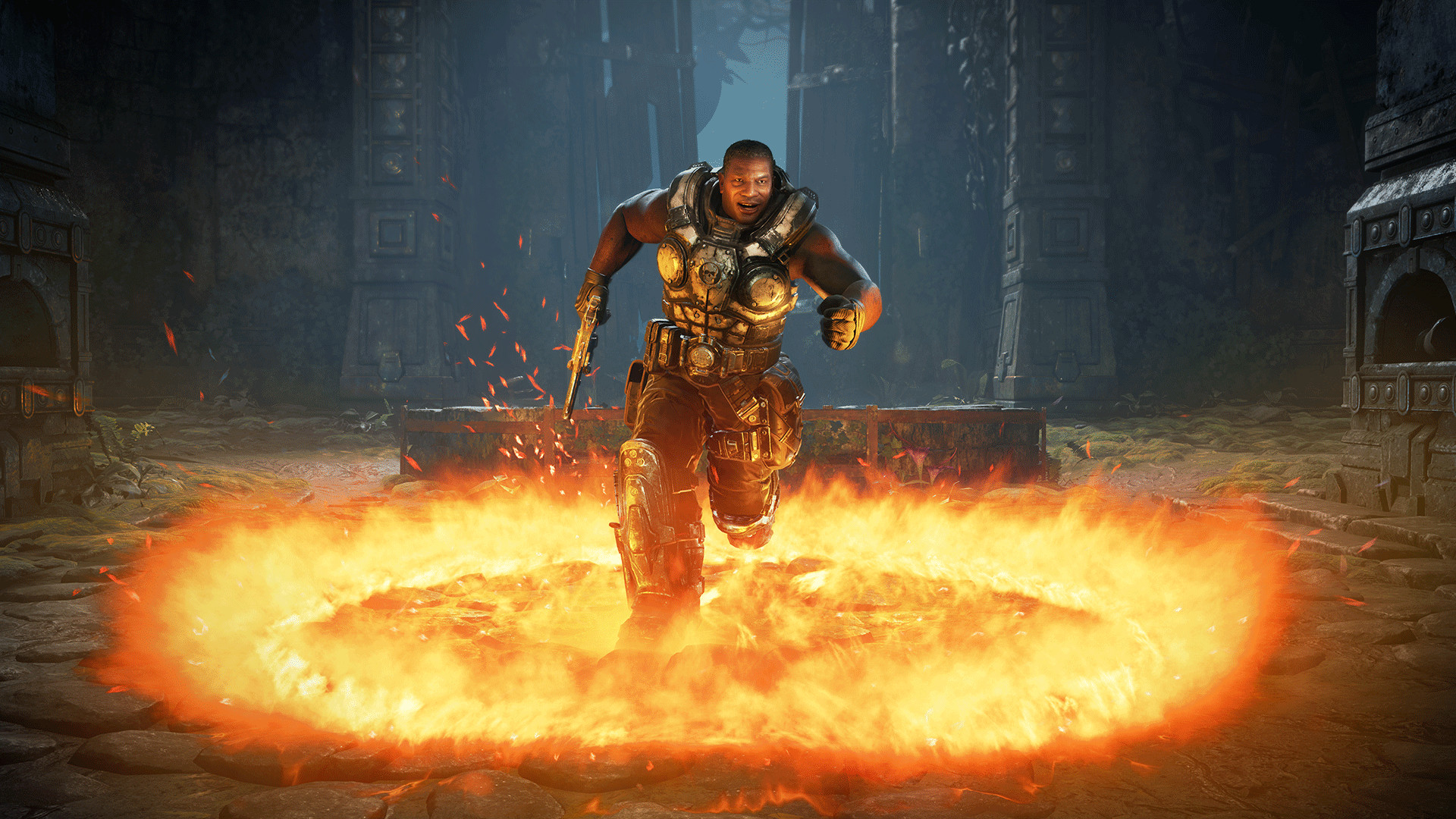 Gears 5 might be a couple of years old at this point, but the game was painstakingly remastered for the launch of Xbox Series X|S, and it shows. The game now boasts 4K resolution, improved graphics, and better lighting, making the single-player campaign an absolute must-play.

The game also has a popular multiplayer that’s relatively easy to get into – even as a latecomer. 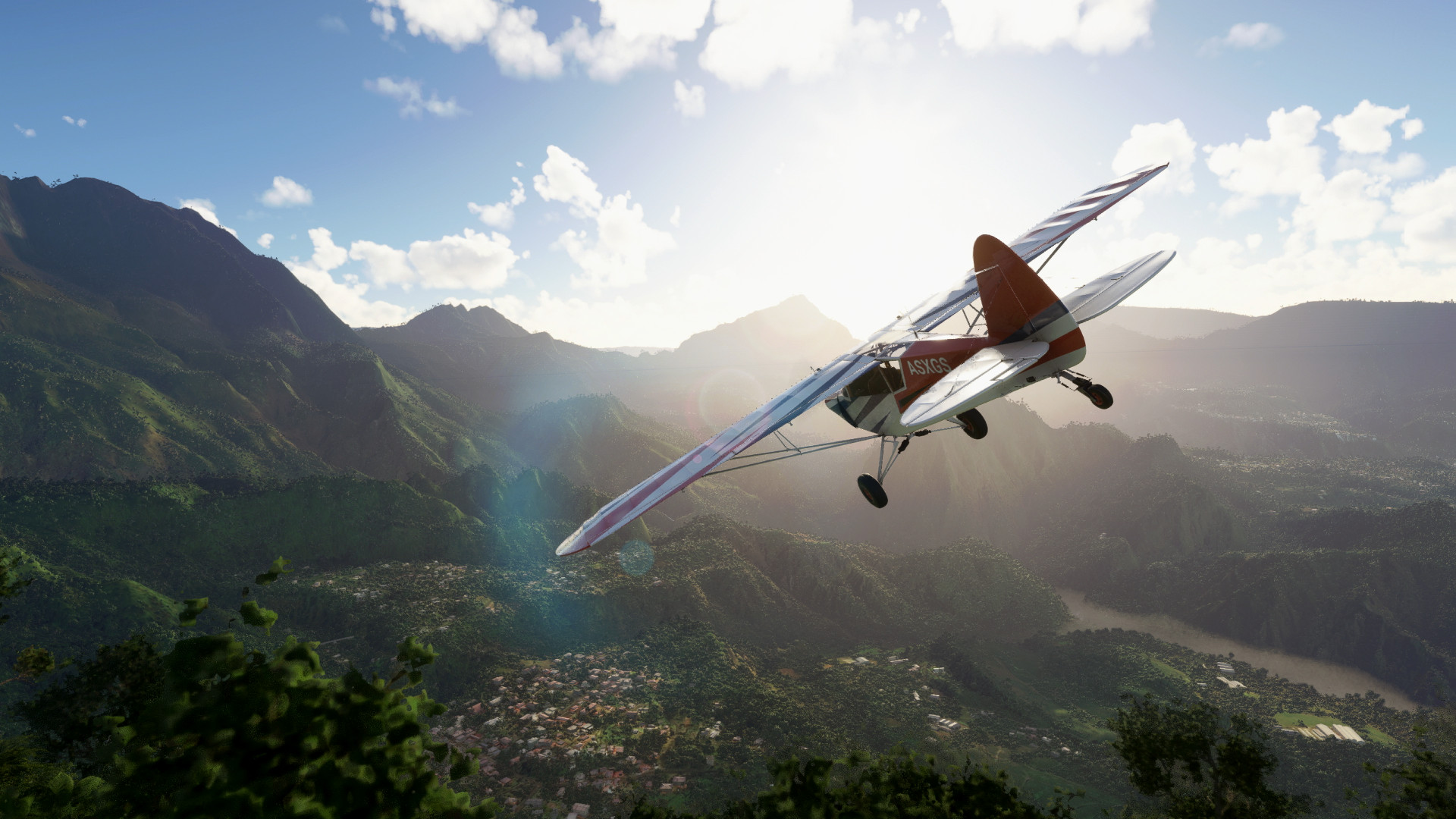 If you’ve ever dreamed of piloting a plane, this game is for you. Microsoft Flight Simulator has made the jump over to Xbox Series X|S after launching on PC, allowing you to reach the far corners of the globe from the safety of your sofa.

The world of this simulator is surprisingly realistic, so if you’ve missed out on a holiday this year, you can take to the skies with relative ease. Just don’t press the wrong button in the flight deck. 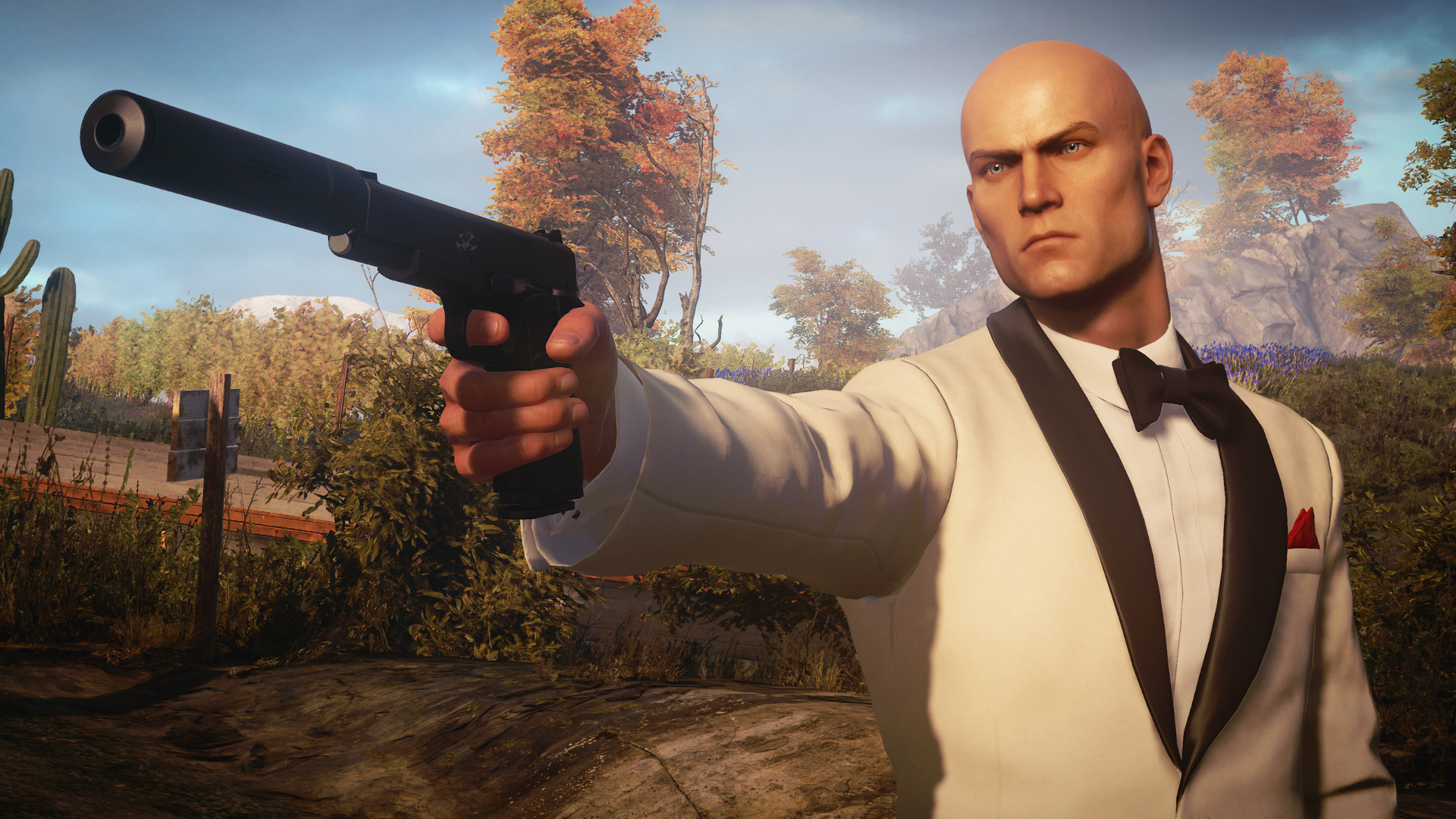 Hitman 3 is the final entry into the World of Assassination trilogy and it’s an absolute treat for the eyes. Hitman 3 takes all the best bits from the previous games and rolls them into one, with jaw-dropping settings that take the creativity of Agent 47 to new heights.

The Loadout gave Hitman 3 a 9/10 following its release last year due to its incredible level design, new-gen graphics, and an engaging story full of twists and turns. 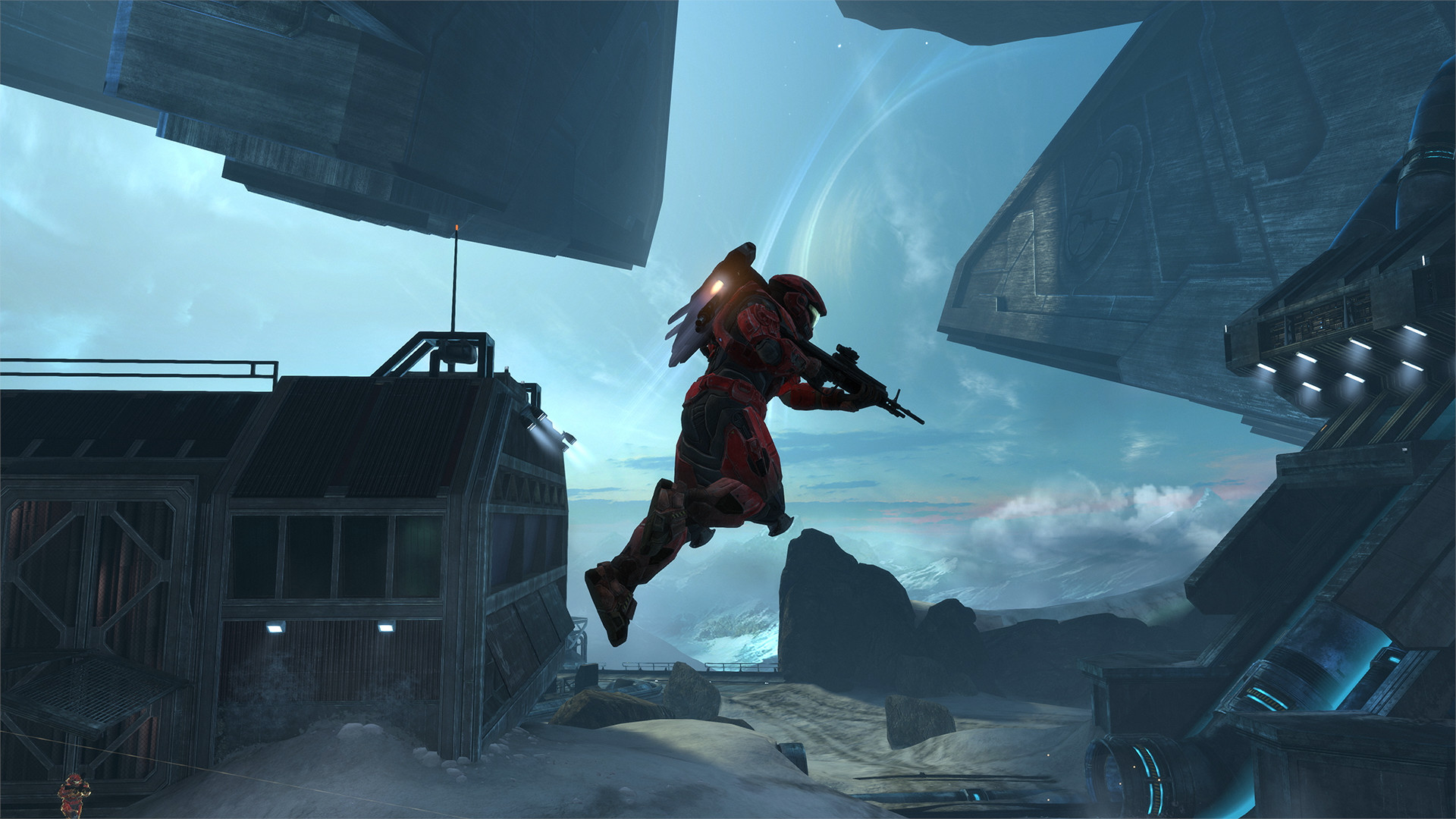 We can’t have a best Xbox Series X games list without Halo, can we? Halo Infinite is the latest and greatest game in the series and the campaign and free online multiplayer makes it the best game so far.

With a familiar face, explore a new world online and offline in this incredible Xbox journey. 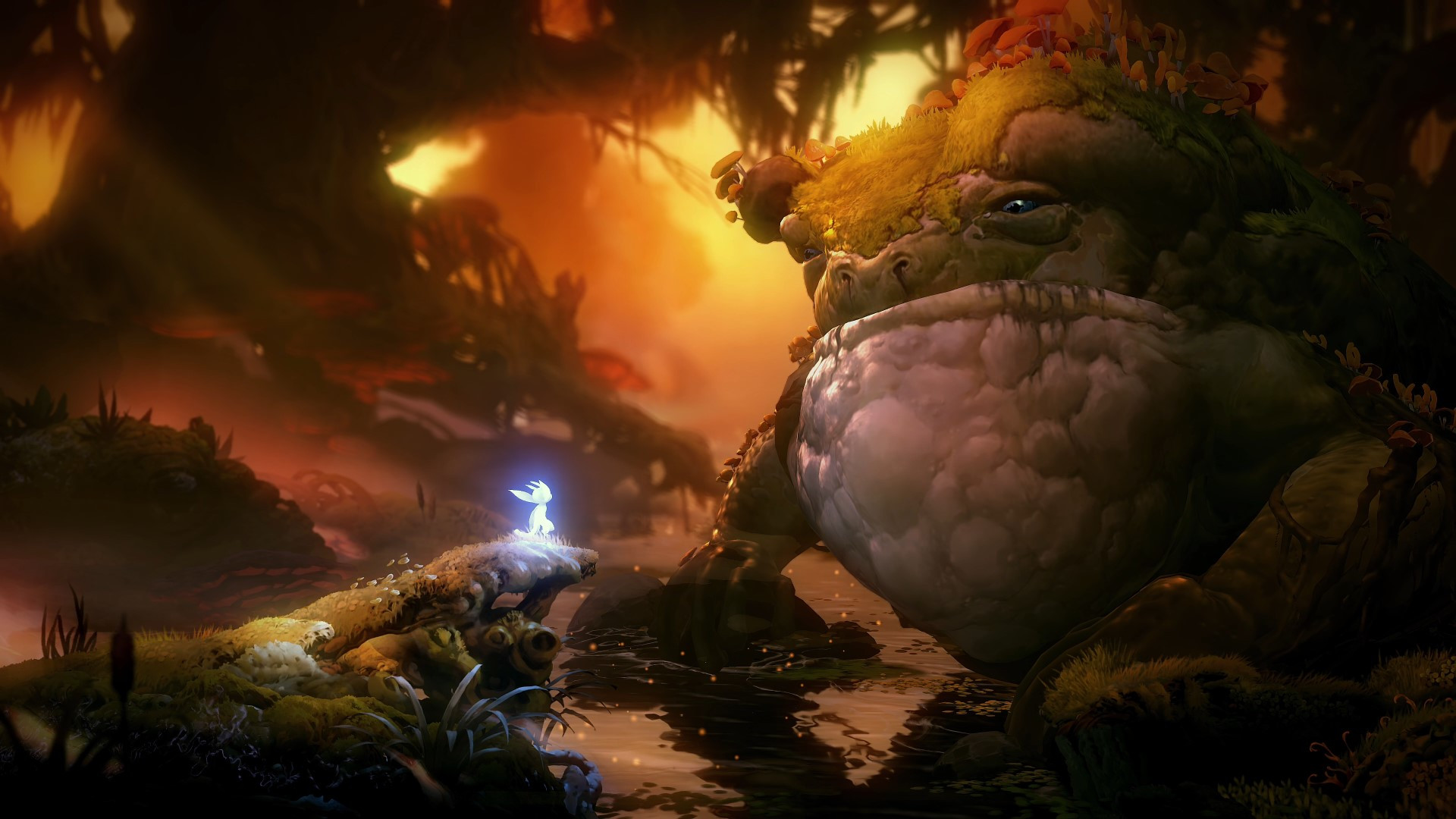 ORI AND THE WILL OF THE WISPS

Ori and the Will of the Wisps truly embraces the power of the Xbox Series X|S. The game, which is a couple of years old now, has been specifically upgraded for the new-gen console, giving players a chance to experience the game in 4K at locked 120 FPS.

These gorgeous visuals can even be rendered in a 6K “super sampled” mode displayed at 4K and 60 FPS. This gives the graphics a crisp finish and will make your playthrough of this magical campaign ten times better. 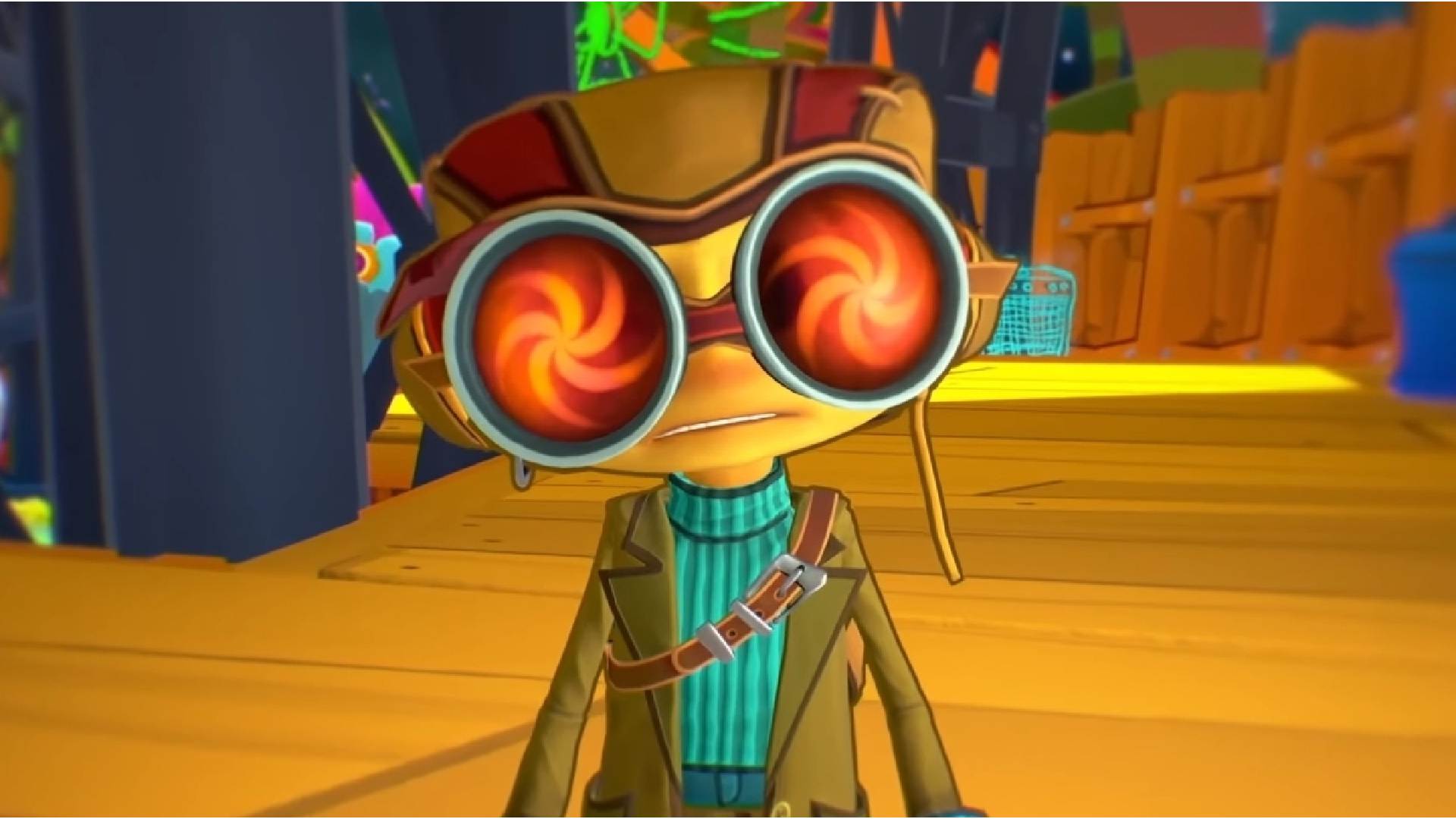 Psychonauts 2 is Double Fine’s best game in years and a key step forward for the variety and diversity Xbox Games Studios offers. A true sequel to the original, but also a great entry point for newcomers, Psychonauts 2 charms with its clever and funny writing.

We gave it a nine out of ten in our Psychonauts 2 review praising the creativity on offer in each of the levels and the excellent old-school 3D action platforming. Double Fine is at the top of their games with Psychonauts 2 and you would be barmy to miss out on it, especially as it is on Game Pass. 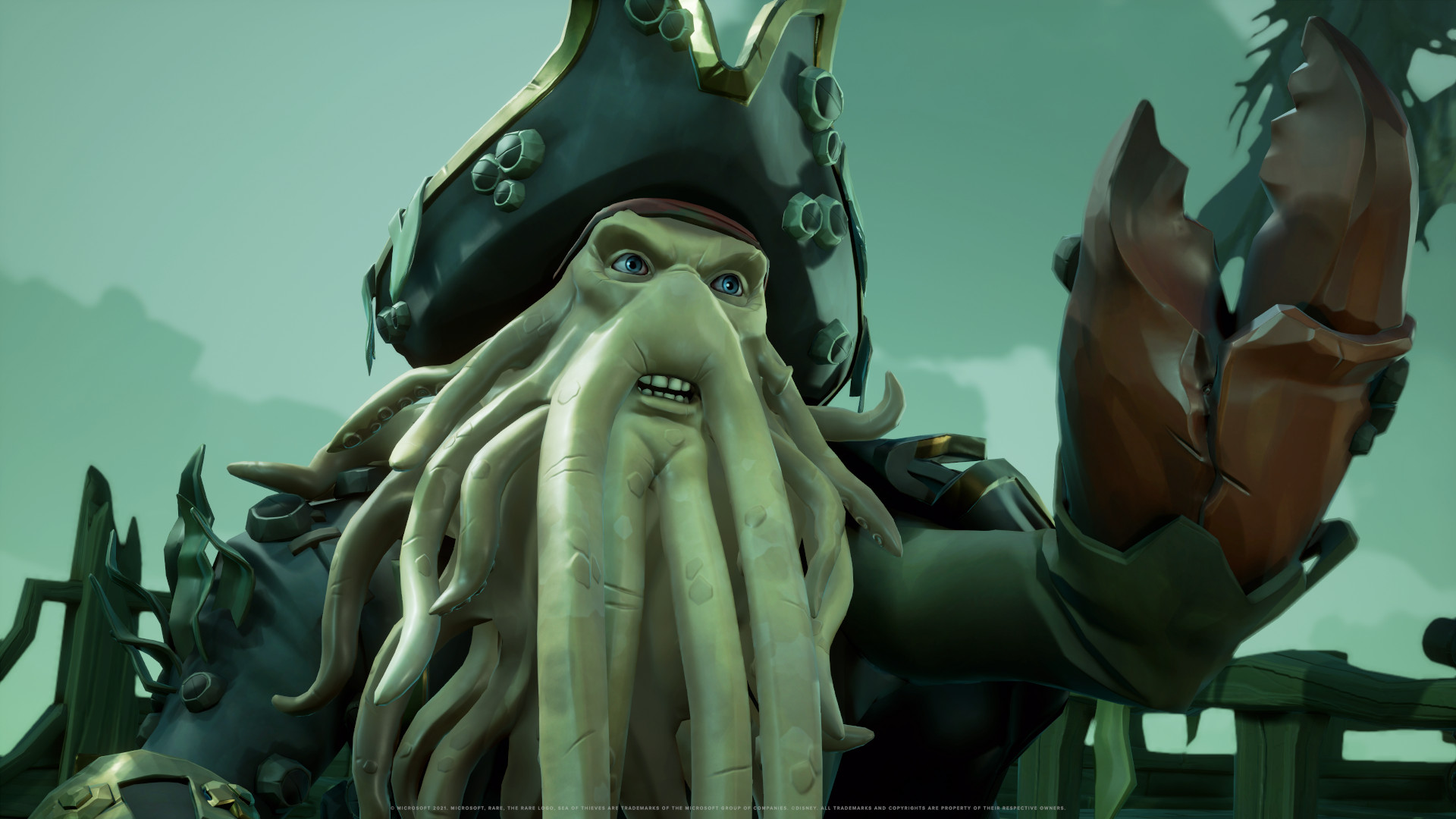 An Xbox exclusive of sorts, Sea of Thieves is one of the most popular Xbox Game Pass games available right now – and for good reason. Rare’s pirate simulator will allow you to take to the seas with your friends in a quest to pillage the high seas.

You’ll meet some strange characters, including Captain Jack Sparrow, and some pretty terrifying creatures of the deep along the way, all in glorious 4K resolution. Plus, with Rare committing to adding new content every couple of months, there’s plenty to sink your teeth into here. 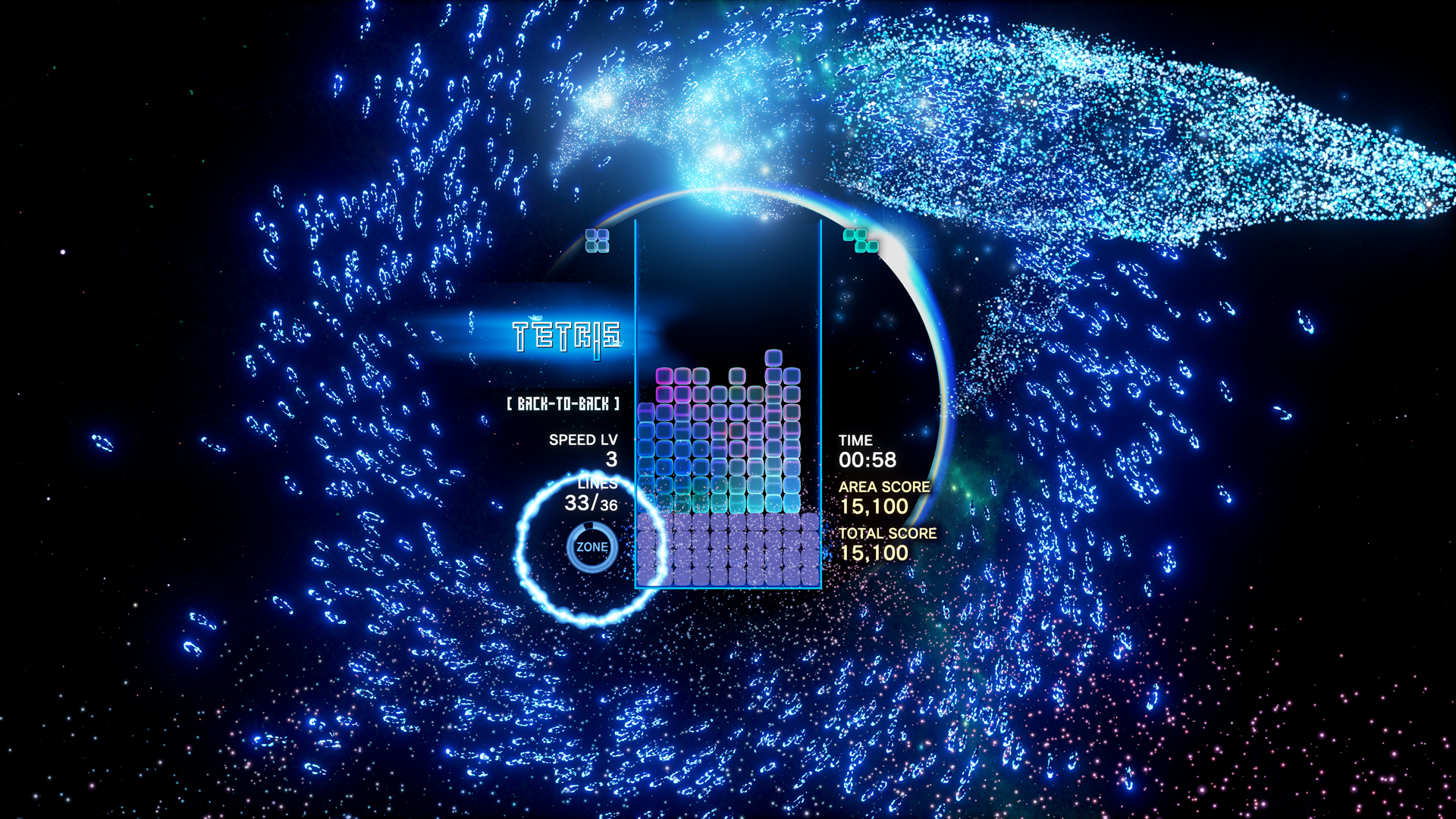 So a Tetris game is perhaps not something you’d expect to see on a best Xbox Series X games list, but hear us out.

Tetris: Effect Connected is an incredibly addictive reinvention of the classic game. With stunning graphics, modes that match your mood, and an immersive single-player experience, you’ll be surprised at how many hours you can sink into this game.

Add in multiplayer, which allows you to join up to three other players online, and well, it’s an absolute must-have.

And that’s it for our list of best Xbox Series X games. These games should keep you busy while we wait for the next big Xbox exclusive.