If you’re a Star Wars fan and you play games on an Xbox console, you’re going to want to know what the best Star Wars games on Xbox are, right? We’ve all dreamt of escaping to a Galaxy Far, Far Away and going on an adventure, and through video games you can do that – well, more or less, anyway. It’s as close as a lot of us are going to get.

But, like anything, that doesn’t mean every game based on this iconic franchise is a certified hit. Sometimes things just aren’t as great as we’d hope they would be. So, that’s why we’ve thrown together this list of the best Star Wars games on Xbox right now. The games on the list have everything a Star Wars fan could ask for – including intense dogfights and tense lightsaber duels.

Like the sound of all that? Keep reading for everything you need to know about all the games out there to scratch your Star Wars itch. Oh, and a handful of them are Xbox Game Pass games too, so you won’t have to break the bank to play them.

Without further ado, and in no particular order, here are the best Star Wars games on Xbox:

If you’re looking for a game that captures the thrilling intensity of Star Wars’ space battles, you need to play Star Wars Squadrons. This is a game that puts you in the pilot’s seat and gives you full control of your ship’s systems to create one of the most authentic Star Wars space combat experiences available. 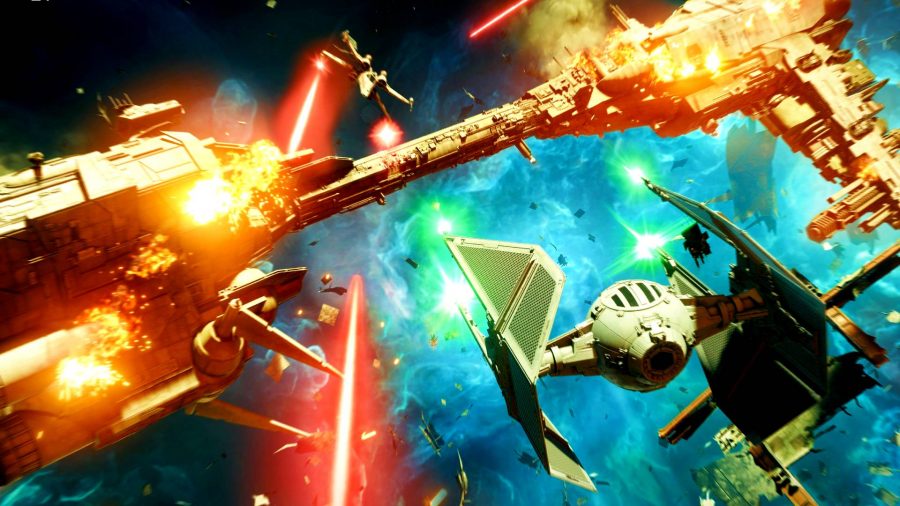 It also boasts a fantastic single player campaign, telling the story of the New Republic’s Vanguard Squadron and the Empire’s Titan Squadron as they go toe-to-toe over the mysterious Project Starhawk. If you want to test your mettle against other pilots, there are plenty of multiplayer modes for you to explore.

This game received a lot of flak when it launched, but has since become one of the most complete Star Wars games out there. You have your starfighter battles, just like Star Wars Squadrons, but they’re more arcade-y. Star Wars Battlefront 2’s strengths lie in its trooper combat. 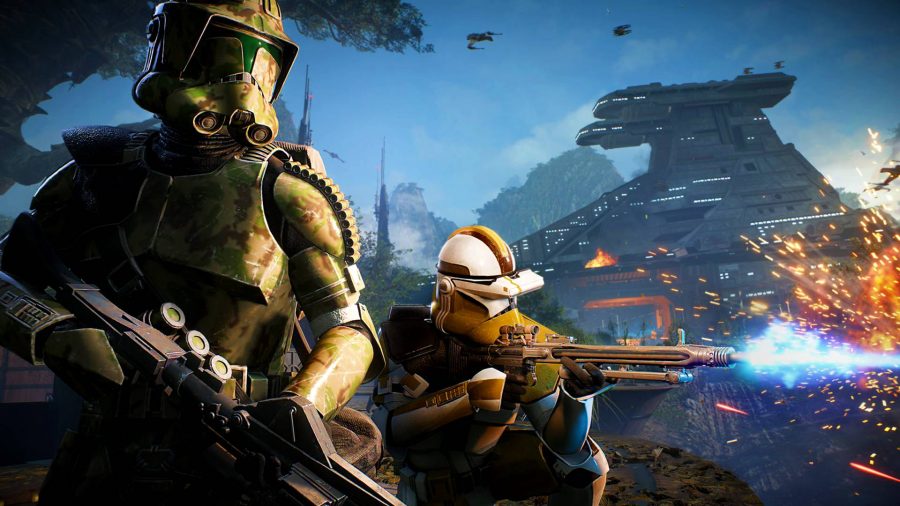 This game brings Star Wars’ biggest battles to life with never before seen fidelity and a roster of heroes featuring all your favourite Jedi, Rebels, Sith Lords, and more. With several years-worth of content from all three trilogies, this Star Wars game has become one of the best Star Wars games on Xbox for players looking for quick bursts of action-packed gameplay. 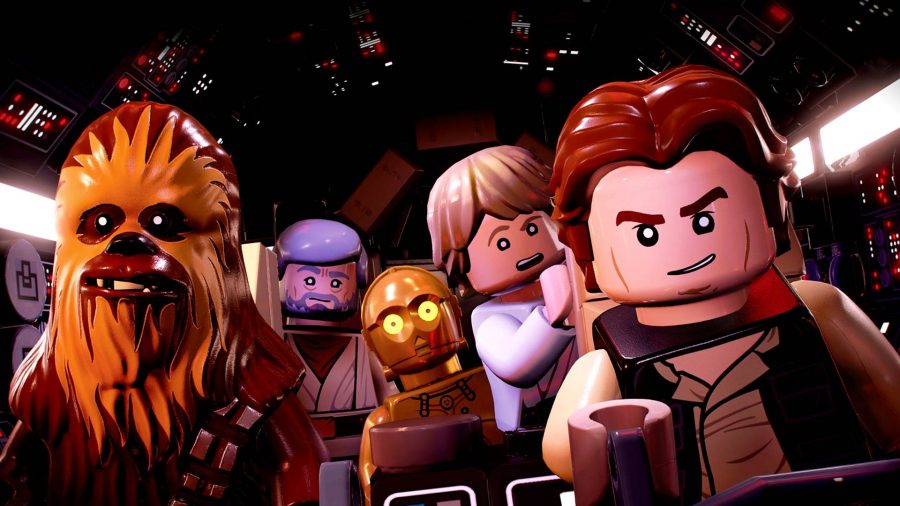 Lego Star Wars: The Skywalker Saga is packed with content from nine Star Wars movies, with over 300 playable characters and more than a handful of open-world locations to explore. There are hundreds of challenges to complete in-game too, so this game is going to give you a lot of hours outside of the main missions. Oh, and the whole thing features completely new dialogue – it really is exceptional.

Respawn Entertainment’s Star Wars Jedi: Fallen Order is truly one of the best Star Wars games on Xbox right now – and we don’t think that’s changing anytime soon. This game follows Cal Kestis, a Jedi Padawan survivor of Order 66, as he is pulled into a fight against the Empire and the Inquisitors to secure information vital to the resurrection of the Jedi Order. 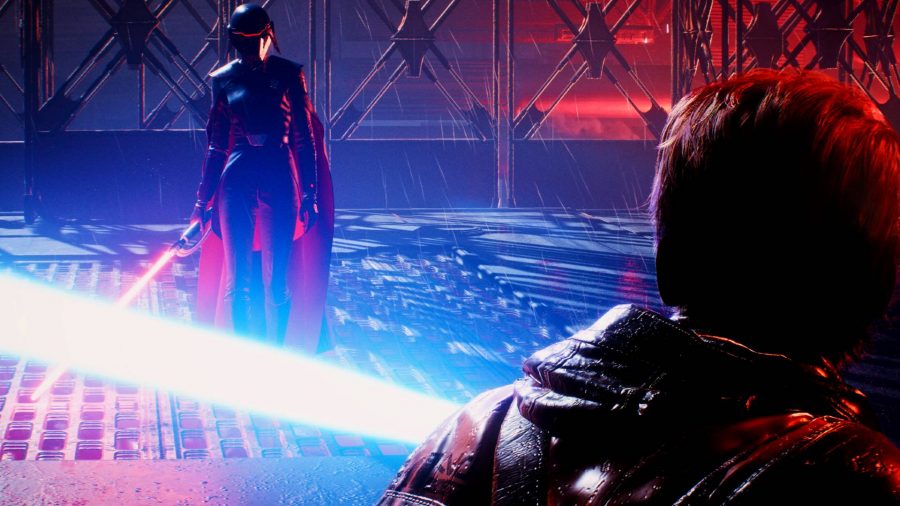 With excellent lightsaber combat and stunning visuals, this story is one of the most interesting Star Wars stories we’ve seen in the Disney era. With in-depth lightsaber customisation, there are thousands of options that allow you to build a truly unique weapon for a truly unique era in Star Wars’ history.

Okay, this is a little bit of an older game, but Star Wars: The Force Unleashed remains a fantastic game. Thanks to Xbox’s powerful backwards compatibility, you can actually play this 2008 action-adventure game today on the latest hardware. 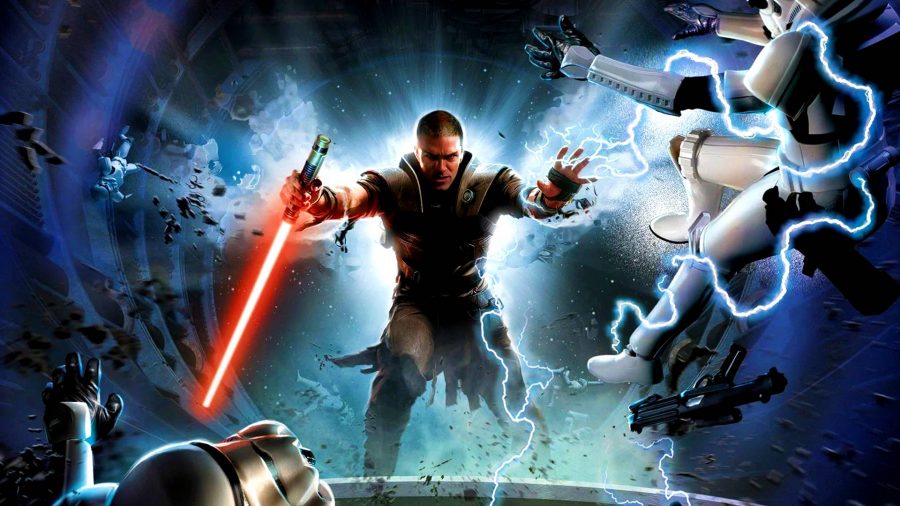 Star Wars: The Force Unleashed follows the mysterious Starkiller, a powerful Force user trained as Darth Vader’s hidden apprentice – an intriguing character wonderfully portrayed by Sam Witwer. Throughout this game, you follow Starkiller coming to terms with his own morality and feeling his way through this turbulent time – all while cutting down legions of people with his lightsaber. What’s not to love about that?

From the list above, you’ll be pleased to know that Star Wars Squadrons, Star Wars Battlefront 2 and Star Wars Jedi: Fallen Order are available on Xbox Game Pass through EA Play. If you want to know about other games on the service, check out our guide to all the Xbox Game Pass games here. Looking for something a little less Star Wars, here’s a list of the best Xbox Series X games here.