The racing game genre is eclectic and sometimes, a little overwhelming. Luckily, we’ve scoured the ranks taking into account everything from well-known franchises, to third-party entries, to remastered classics in order to populate our list of the greatest Xbox racing games on offer right now. And hopefully, you’ll find a game here that will fuel your desire to put the pedal to the metal.

In this best Xbox racing games guide, we were frankly spoiled for choice with renowned developers continuing to release high-speed goodness and other currently one-off racing games that offer players some alternative choice. Looking to travel across the globe in some of the most iconic cars? Try your hand at off-roading? Take on friends on two-wheels? Well, you’re in luck.

Before we get into it though, if this list quenches your speedy thirst, but you’re keen for more Xbox One games, why not take a look at our best Xbox Series X games and the best Xbox strategy games? For now, let’s race. 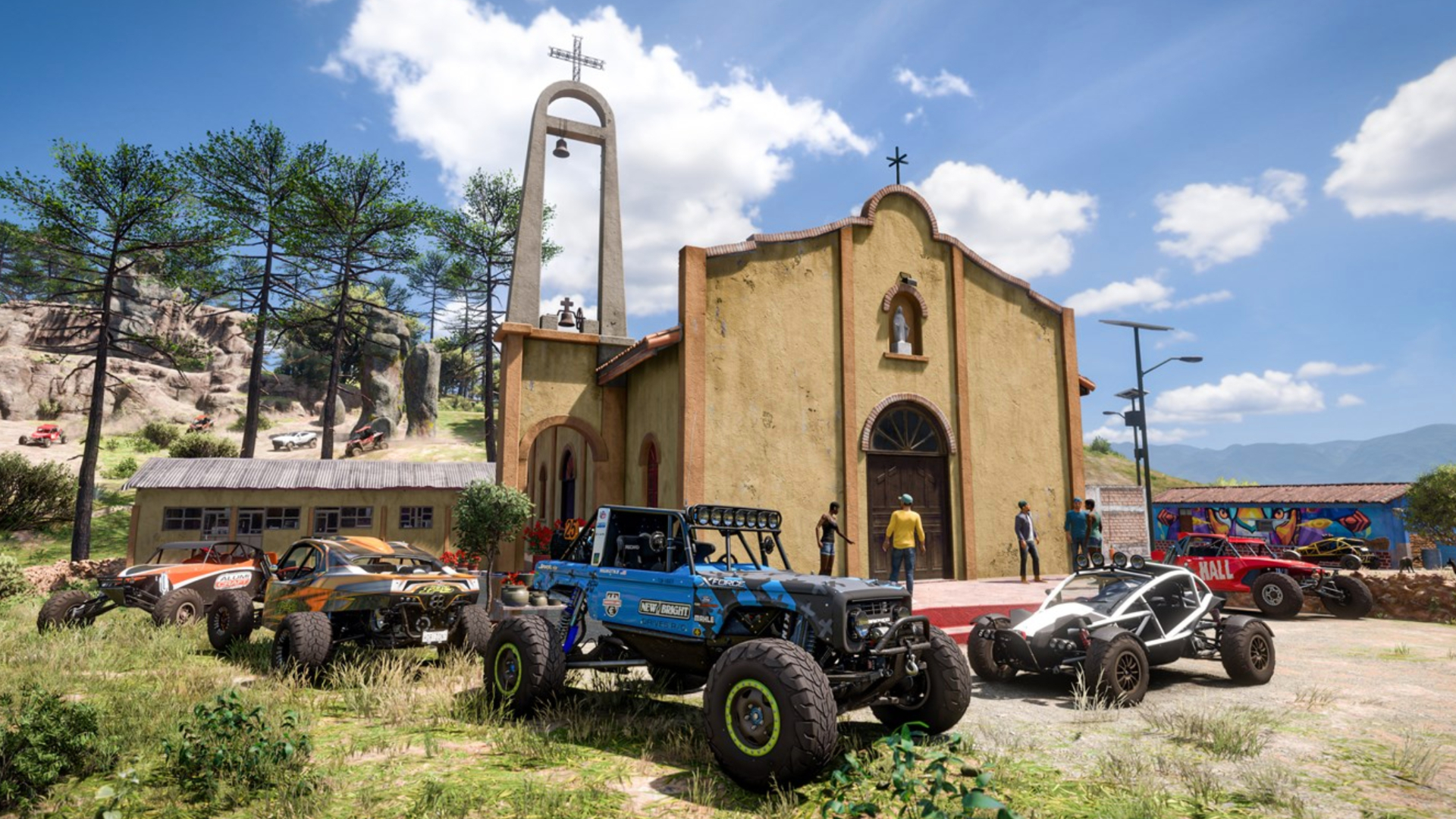 The Forza Horizon series from developer Playground Games took the racing series to the open-world in 2012, and in 2021, Forza Horizon 5 became the fifth wonderful instalment speeding onto consoles to resounding applause.

An Xbox exclusive, Forza Horizon 5 sees huge technical upgrades for the Xbox One and Series X consoles as well as a wealth of customisation and a multitude of racing options as you drive around in the fastest car in Forza Horizon 5. Set in Mexico, the open-world mechanics, as always, show off the different terrains of the diverse country from desert, to farm lands, to volcanoes all open for racing. There are even weekly events being held to keep you gripped, including Treasure Chests to find and championships to win. 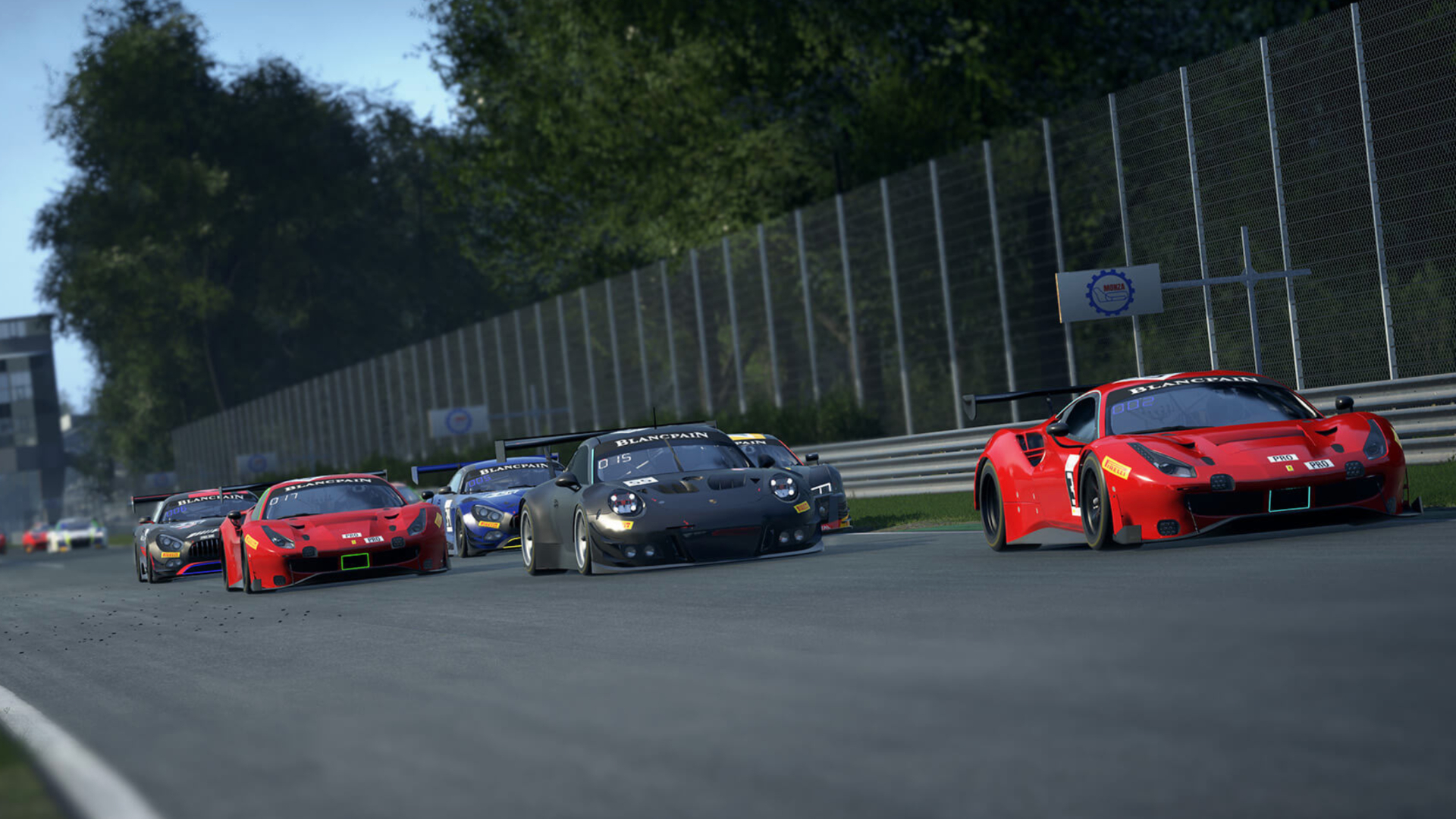 This racing sim is from Italian developer, Kunos Simulazioni, and the title, quite literally translated to English is, Race Setup Competition… but it sounds better in Italian.

Although it came out in 2018, there have been numerous content updates as well as some DLC bringing the GT World Challenge to consoles. It’s out on Xbox One but won’t hit Xbox Series X|S until February 2022. 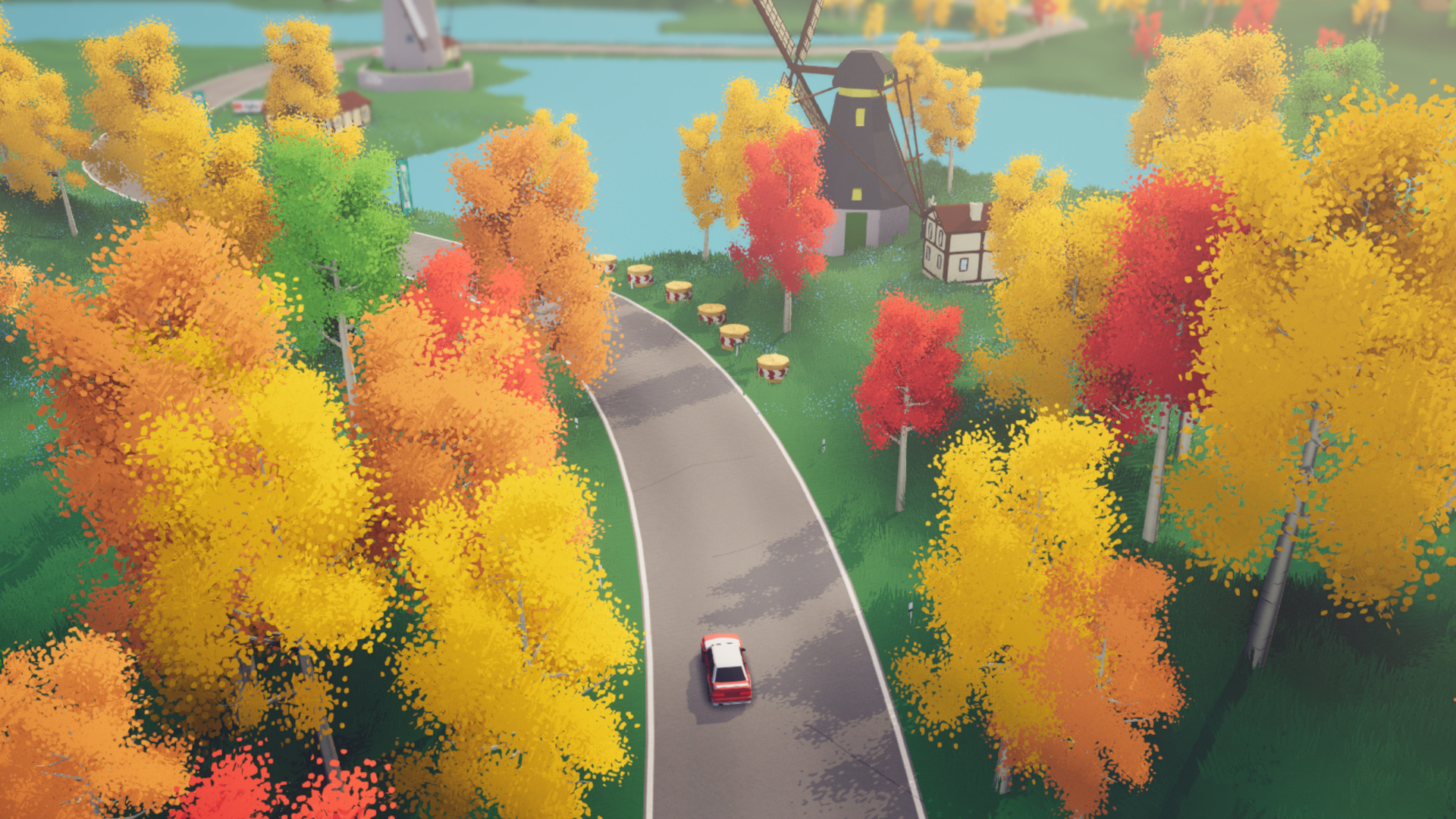 A little something different next with art of rally from developer Funselektor Labs Inc., an aptly-named rally driving game that’s a lot of fun. Vibrant, colourful, and with a distinct style to them come art of rally’s racing tracks that span the globe.

From Finland, to Japan, to Africa, and with 72 stages, there’s a lot to get revved up about with this entry. It’s beautiful to look at and it can test even the most expert of drivers with a variety of skill levels to choose from. 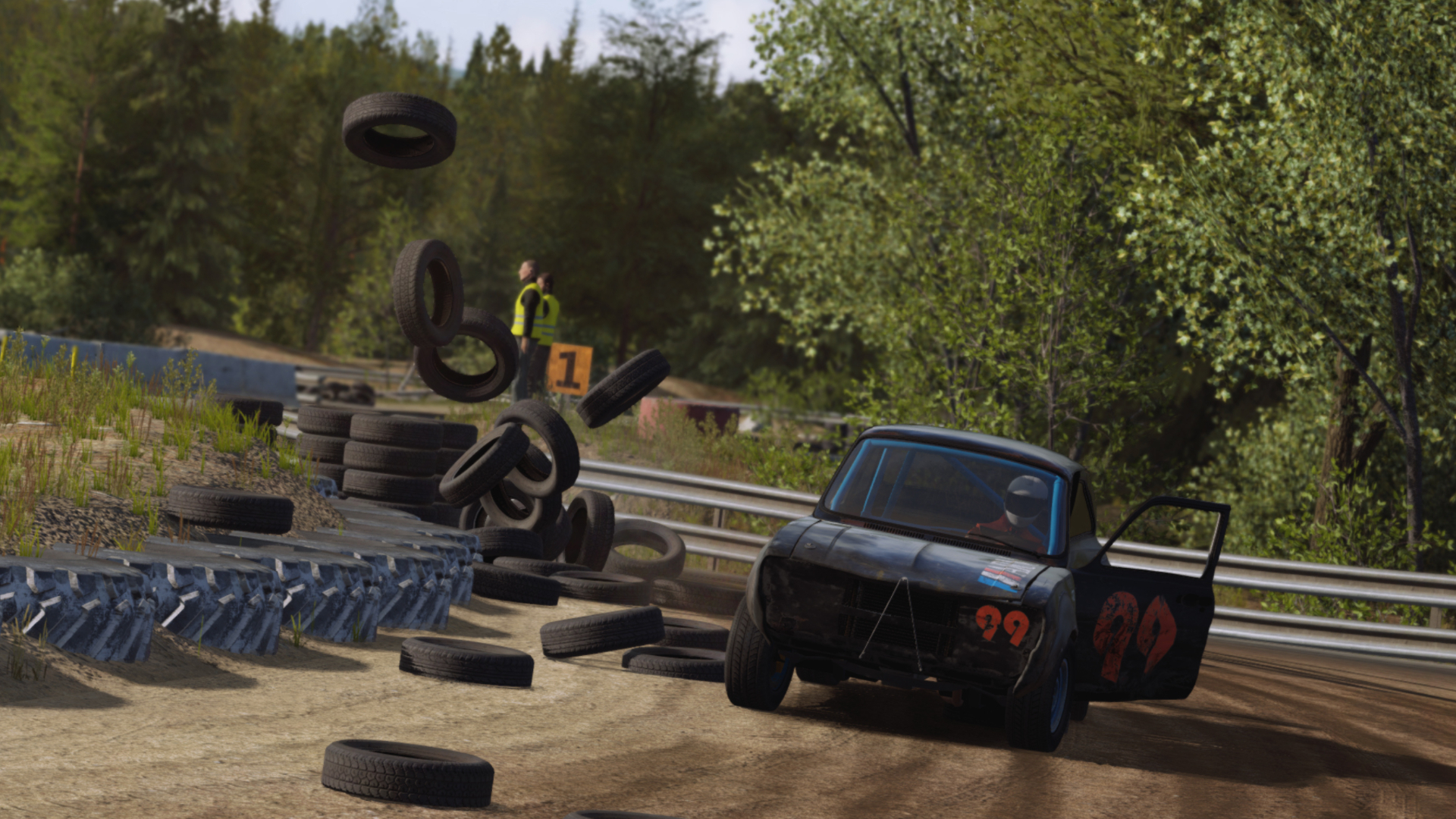 If you’re feeling a little pent up, Wreckfest is the chaotic, full-contact, crash-centric racing game of choice for you. With a bunch of challenge modes that will even get you behind the wheel of a school bus, Wreckfest has a lot to offer.

Customisation in the game means you can build up a car ripe for taking on these extreme settings and if it’s not good enough, well, you’ll get obliterated in the process. 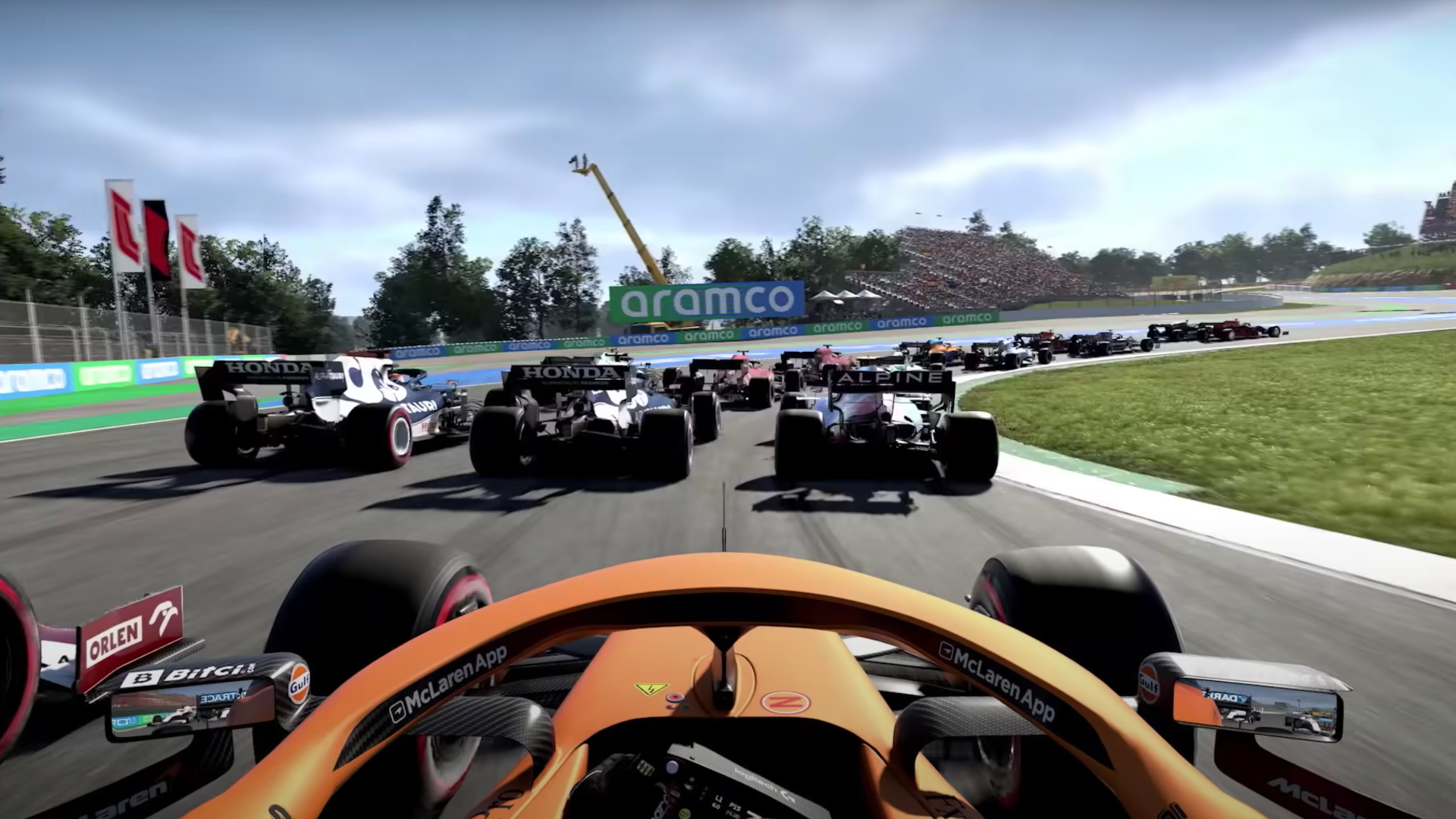 F1 is an iconic racing franchise that continues to dominate the racing game genre. So, it’s no wonder that developer Codemasters is the driving force behind this franchise as it is the top gear team for racing games – which you’ll come to realise when you see two of its other games on our list.

Mirroring the Formula 1 and Formula 2 Championships, F1 2021 puts you behind the wheel of some of the world’s most famous cars. And new story mode experience, Braking Point, is a great addition to 2021’s instalment. 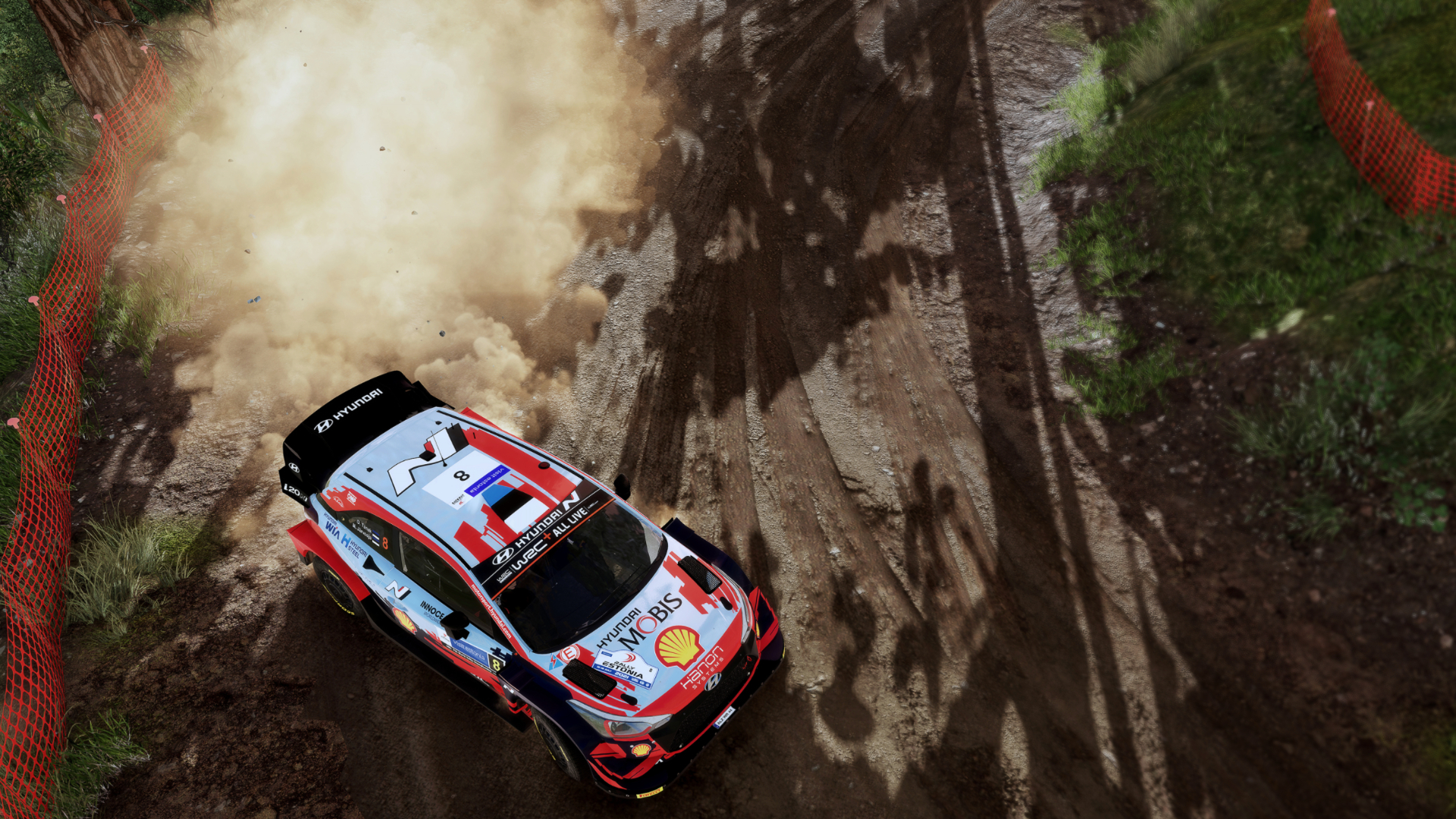 WRC 10, also known in a more long-winded way as WRC 10 FIA World Rally Championship, is the tenth of the WRC game series which started back in 2001. And from five onwards, French developer Kylotonn took the baton from Milestone.

In this edition, it’s a 50th anniversary and with that celebration comes a whole fleet of legendary cars spanning its history. With a generous career mode and a range of solo and multiplayer options, there’s a lot to get excited about. 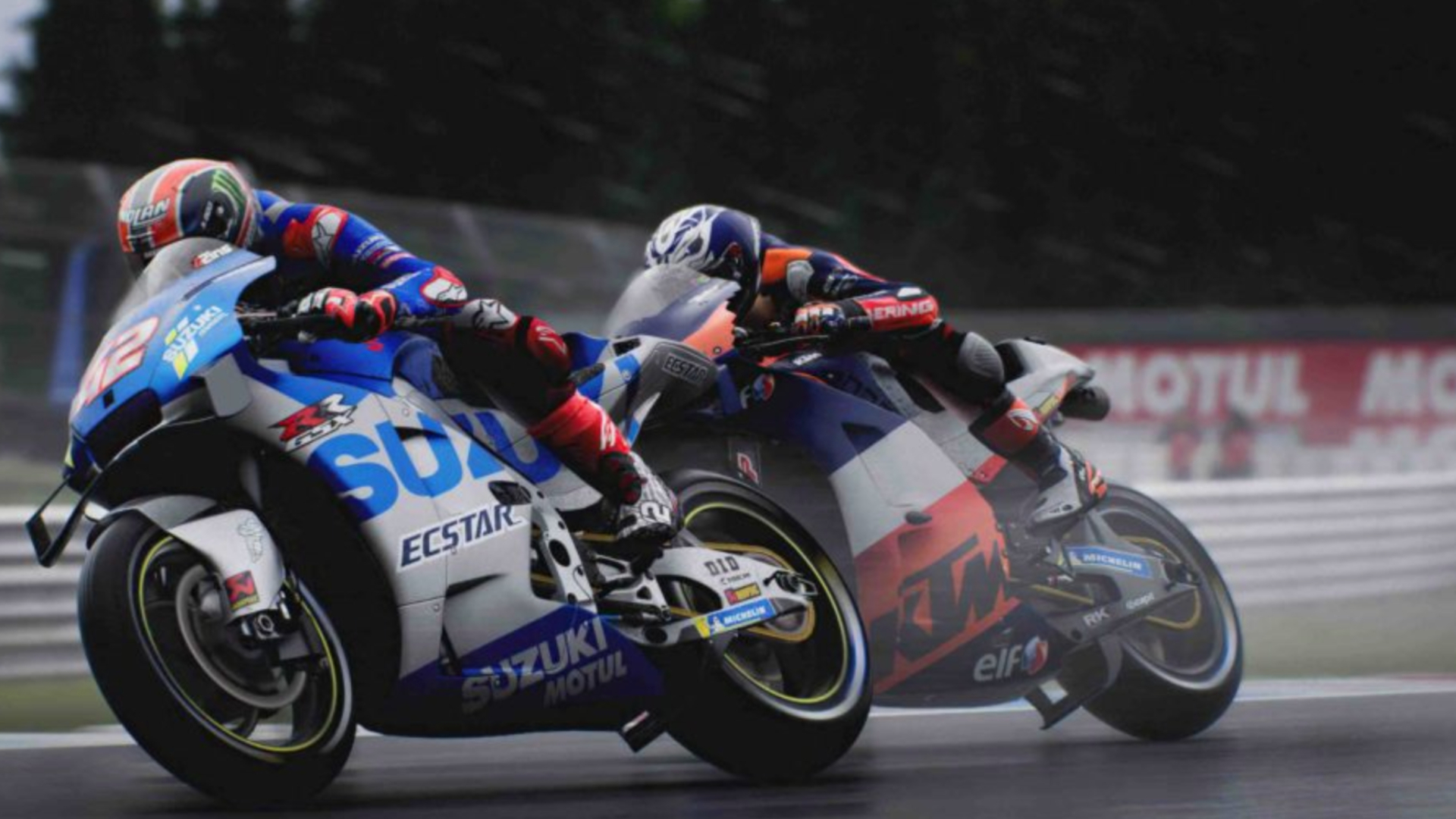 It’s about time we raced it out on two-wheels and added motorbikes to our list and what better way to do that than by including MotoGP 21. Based on the FIM MotoGP World Championship, MotoGP 21 is a franchise still under the Milestone developer hat.

This racing sim coins itself the “most realistic and immersive” MotoGP videogame ever, and you’d hope so too with all the possibilities now available with the current-gen Xbox consoles. Alongside some extraordinary racing, there’s also a lot of customisation with five graphic editors making it possible to switch up a whole host of things from your helmet, to your suit, to your racing number. 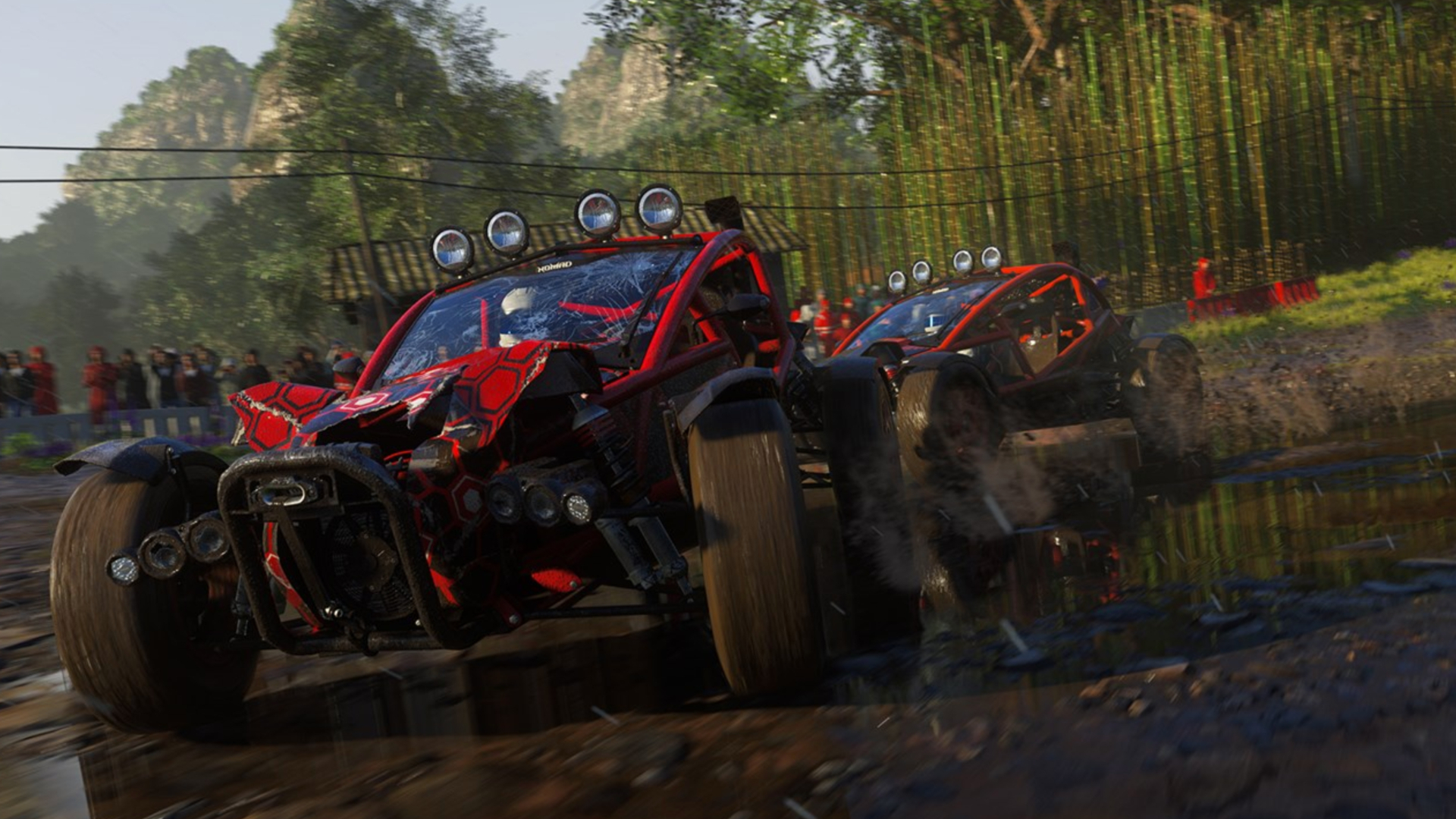 Back again to Codemasters. The racing developer is also the mastermind behind DiRT 5, which is all about off-road racing and its tracks span the entire globe. With ten locations such as New York, Nepal, Brazil, and South Africa, there’s multiple different circuits and routes in each.

Racers can get into the thick of it in a range of diverse terrains, try out the career mode (solo, or co-op), and even make their own course in creator mode, Playgrounds. 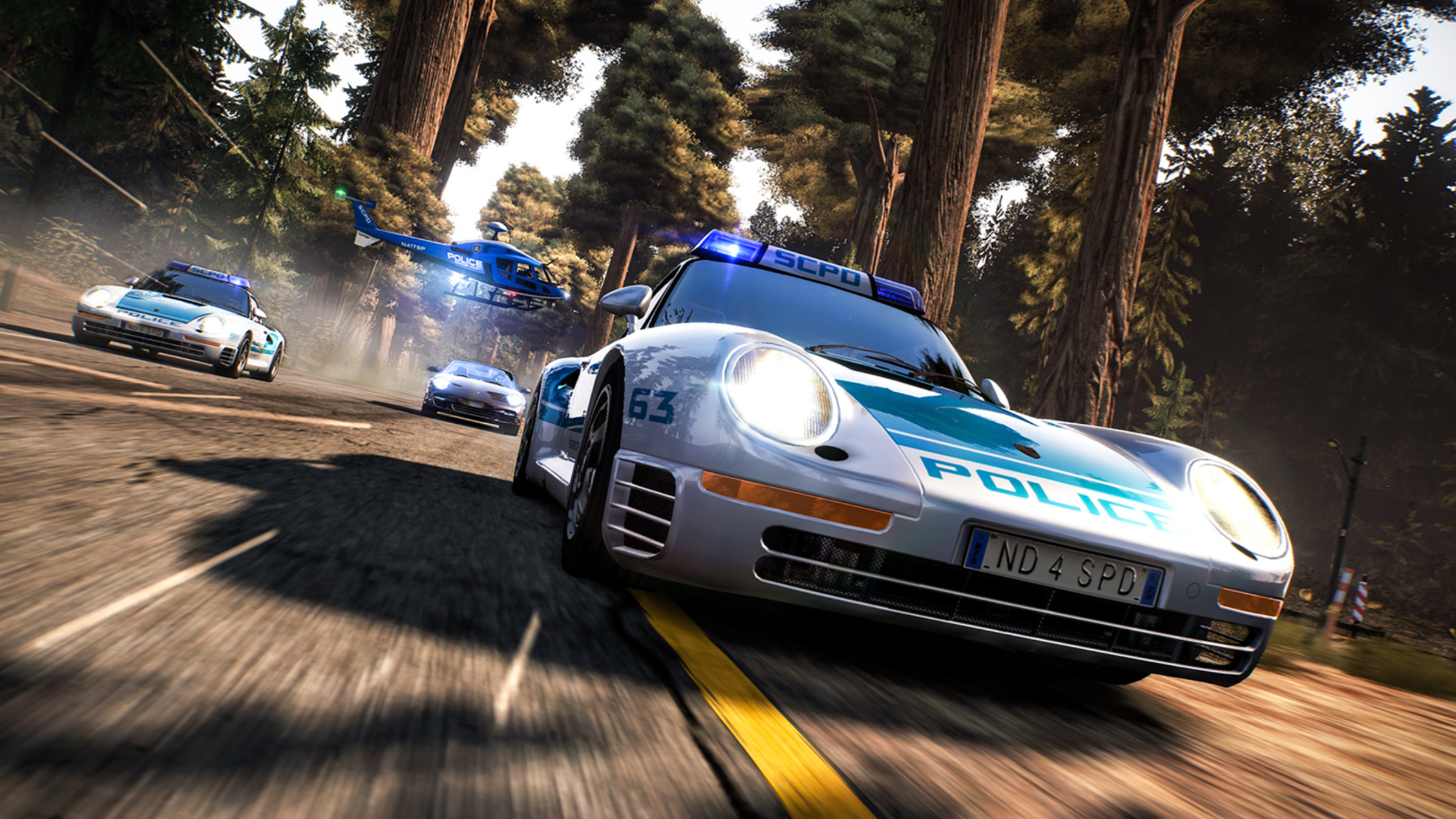 A timeless classic from the Need for Speed franchise is remastered as Hot Pursuit raced onto Xbox in 2021. It comes complete with all the original content as well as enhanced visuals and a multitude of quality of life updates that bring this game into the modern age of console gaming.

It’s another great choice on our list for anyone looking for something fun and exhilarating. And it doesn’t hurt that it’s packed full of exotic cars to race with such as the Aston Martin V12 Vantage and a range of Lamborghini Gallardo’s. 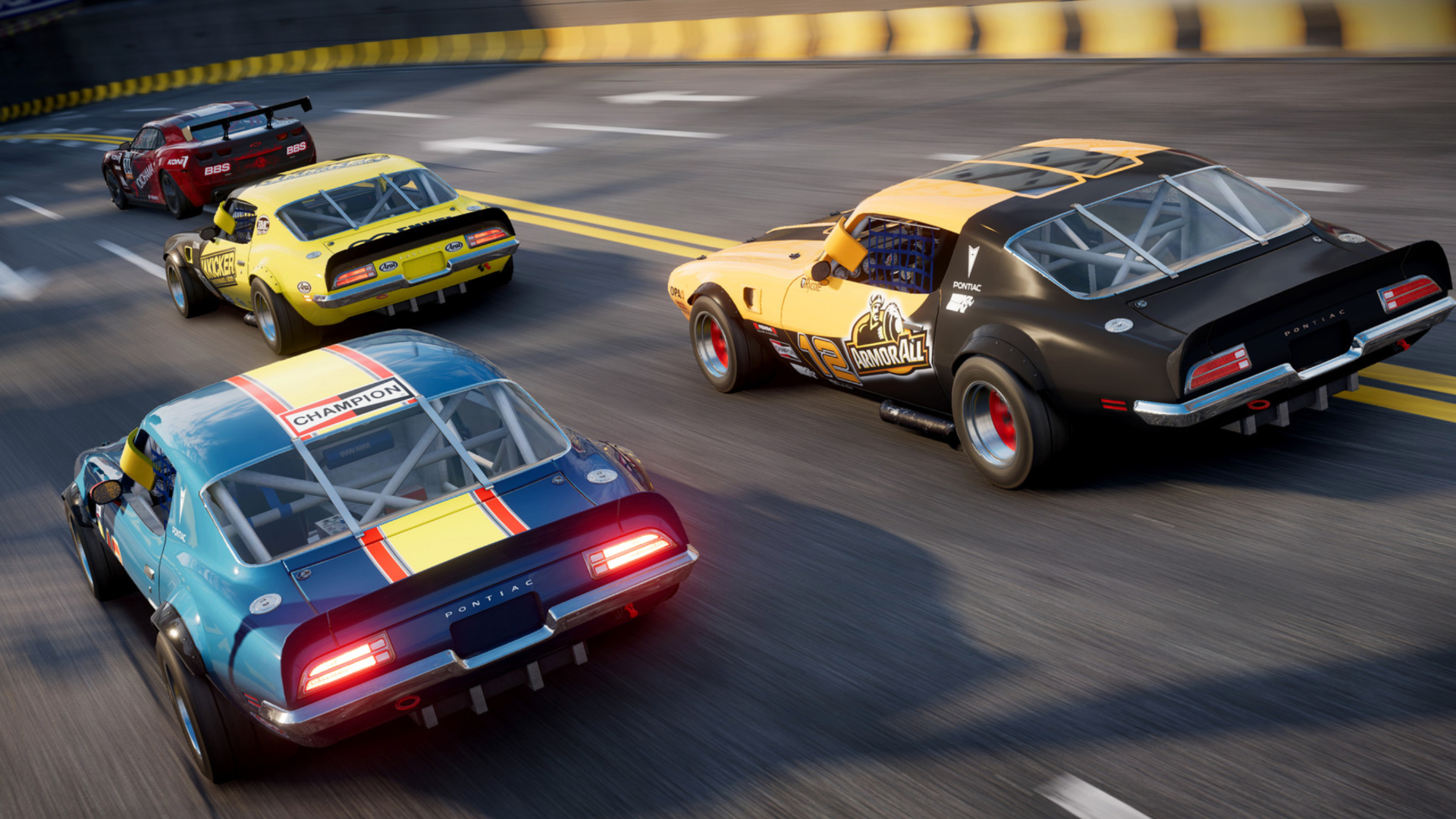 And our final entry from developer Codemasters is GRID, an arcade racer packed with intense racing experiences. It’s also another classic series, but oddly follows after GRID 2. It offers a load of different races, in different locations at high speed and in incredible cars. What more could you want from a racing game?

The locations are bespoke boasting fictional tracks in Sepang, Sydney, and San Francisco and you can rise through the ranks of the motorsport world with the game’s career mode. 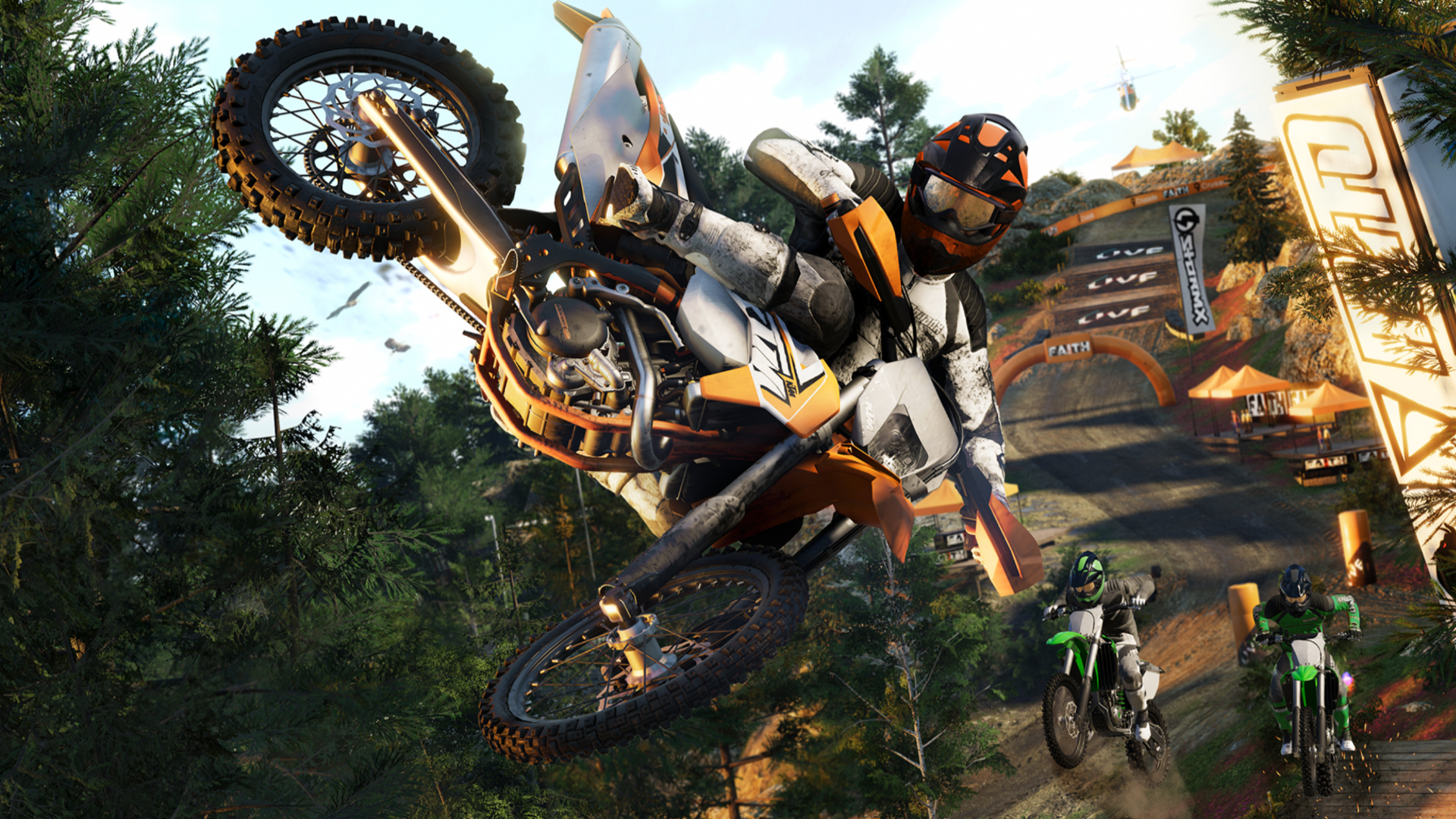 Another open-world option on our list is The Crew 2 from developers Ivory Tower and Ubisoft Milan, and this time it’s all set across the United States. This casual arcade racer is not just cars or bikes though, as in The Crew 2 you can also reach exhilarating speeds in boats and planes taking on ground, sea, and sky.

And, while you travel from coast to coast, the option to switch modes of transport with just the press of a button means you can chop and change how you fancy travelling in a wonderful, seamless fashion. 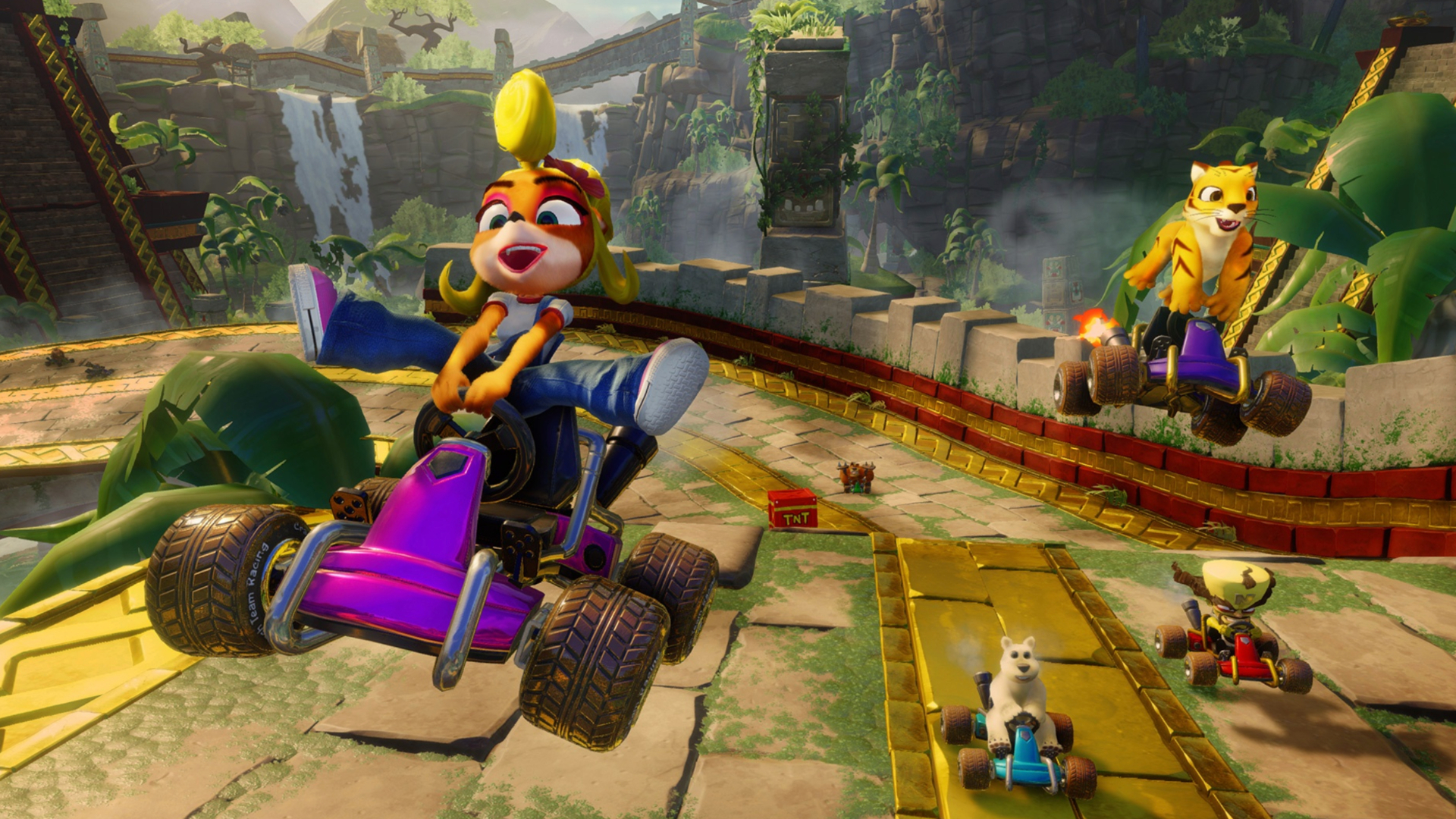 Last but not least, a classic has been remastered from the world of Crash Bandicoot. This kart racing classic originally came out on the PlayStation in 1999, but racers everywhere can now enjoy Crash Team Racing on a whole new level with added online multiplayer.

As developer Beenox says, it’s time to go “fur-throttle” with this one and enjoy crazy games with friends.

So there you have it, our best Xbox racing games guide in full. Hopefully you’ll be able to stick your brakes on for a game that suits you and your playstyle.

If there’s nothing here that takes your fancy though, have a browse through the upcoming Xbox Series X games to see what’ll be hitting the shelves soon.