Looking for the best free shooting games out there? Look no further! We’ve lovingly put together a round up of the top choices on offer that won’t cost you a penny, unless you want them to.

Whether you’re looking for something like a battle royale to test your nerve or fancy yourself behind the controls of a tank, we’ve got a little something for everyone that won’t cost a thing. From big hitters like Call of Duty: Warzone to cult classics like World of Tanks, there’s a lot on offer for all types of players.

The mind boggles considering some of these games could honestly charge you the going rate right now, but instead give it all to you for free. That’s why we’ve put together this ultimate list of the best free shooting games in 2021 worth exploring. And, look at it this way, if you try some out and they’re not for you, well, you didn’t waste any money having a go. So, in no particular order, let’s take a look at the best shooting games to play right now.

The best free shooting games are: 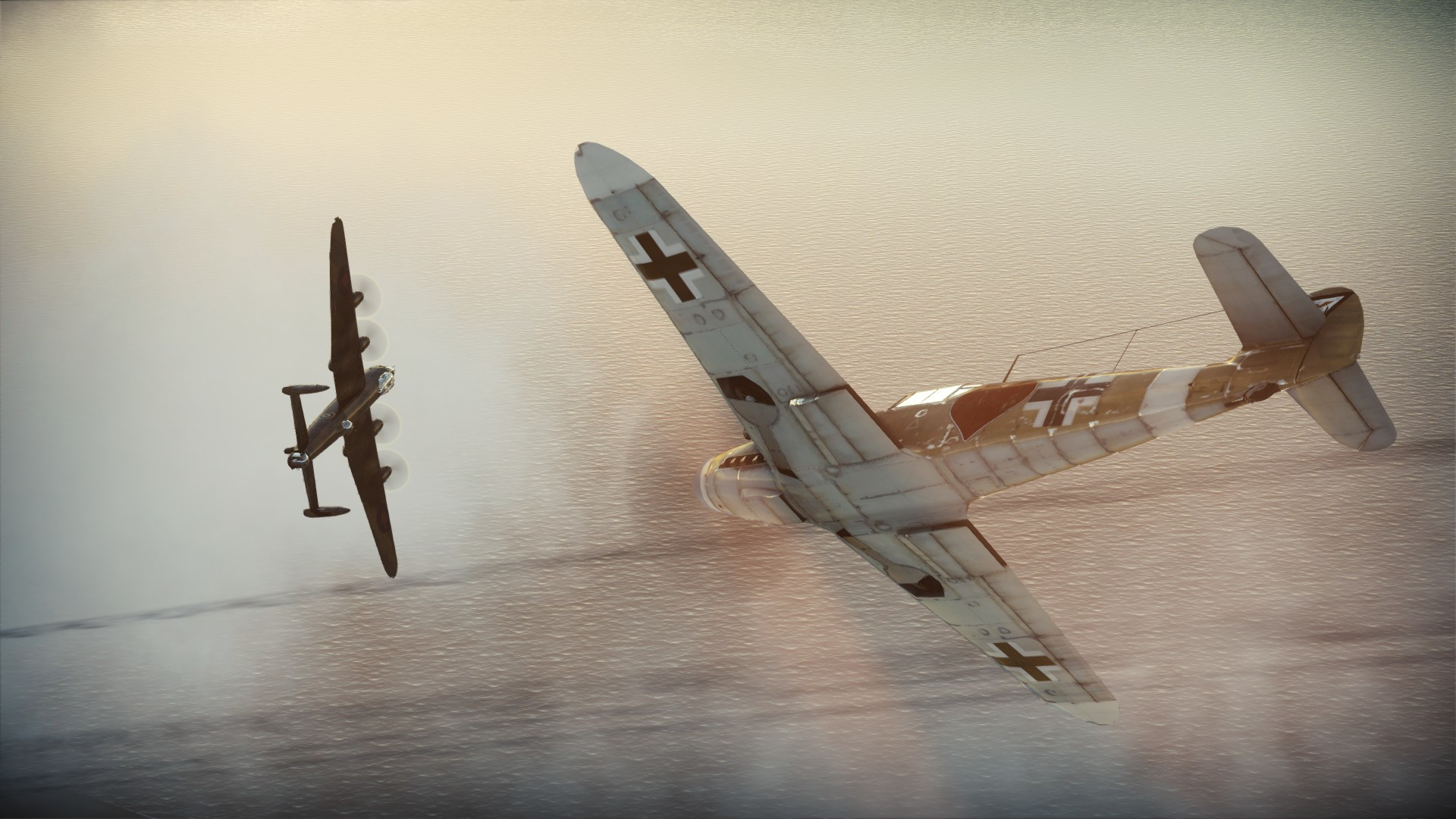 This MMO combat game from Gaijin Entertainment offers a vast array of playable options from armoured vehicles to aviation to naval crafts, meaning you’ll be battling it out on land, in the skies, and in the sea.

With so many options, it’s hard to believe it’s free-to-play but this game, which is available on both PC and console, is one of the standout free shooting games that’ll put you in the middle of some epic WW2 battles. 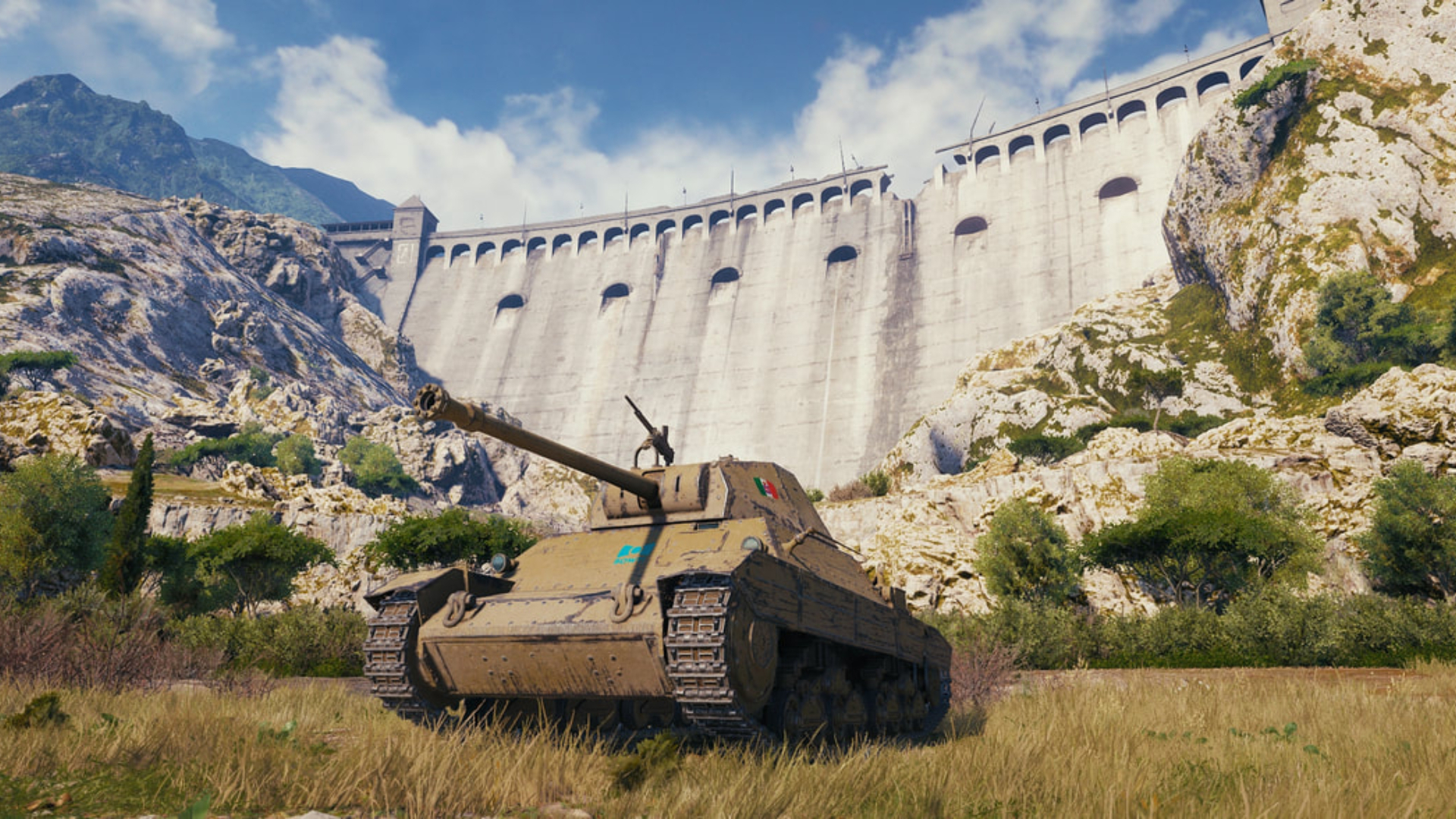 World of Tanks brings team-based tank action to the forefront. If you’re into playing with historical WW2 tanks, then World of Tanks and its 600 tanks is the game for you.

With some complex gameplay mechanics to get your head around it’ll take some time to level up but if you’re looking for something to jump in and out, World of Tanks and its army of 110 million players awaits.

Play World of Tanks for free. 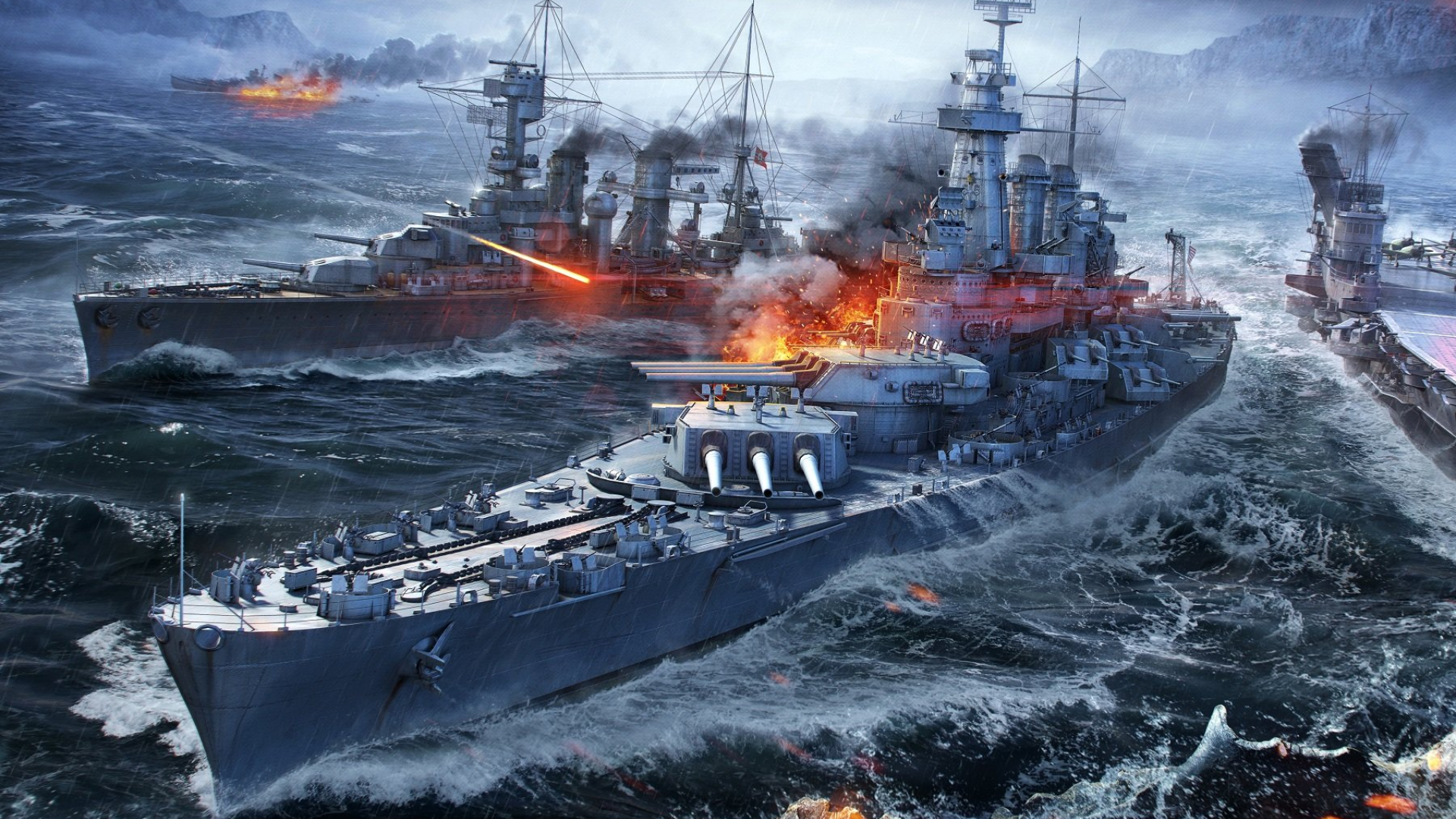 If you’re wondering whether World of Warships and World of Tanks are from the same place then you’d be right. Wargaming takes us to the high seas for this game – perfect if you consider yourself to be a good naval commander.

World of Warships, which has stunning visuals, is an all out deathmatch, featuring a suite of customisations options. If you fancy navigating turbulent waters, jump in.

Play World of Warships for free. 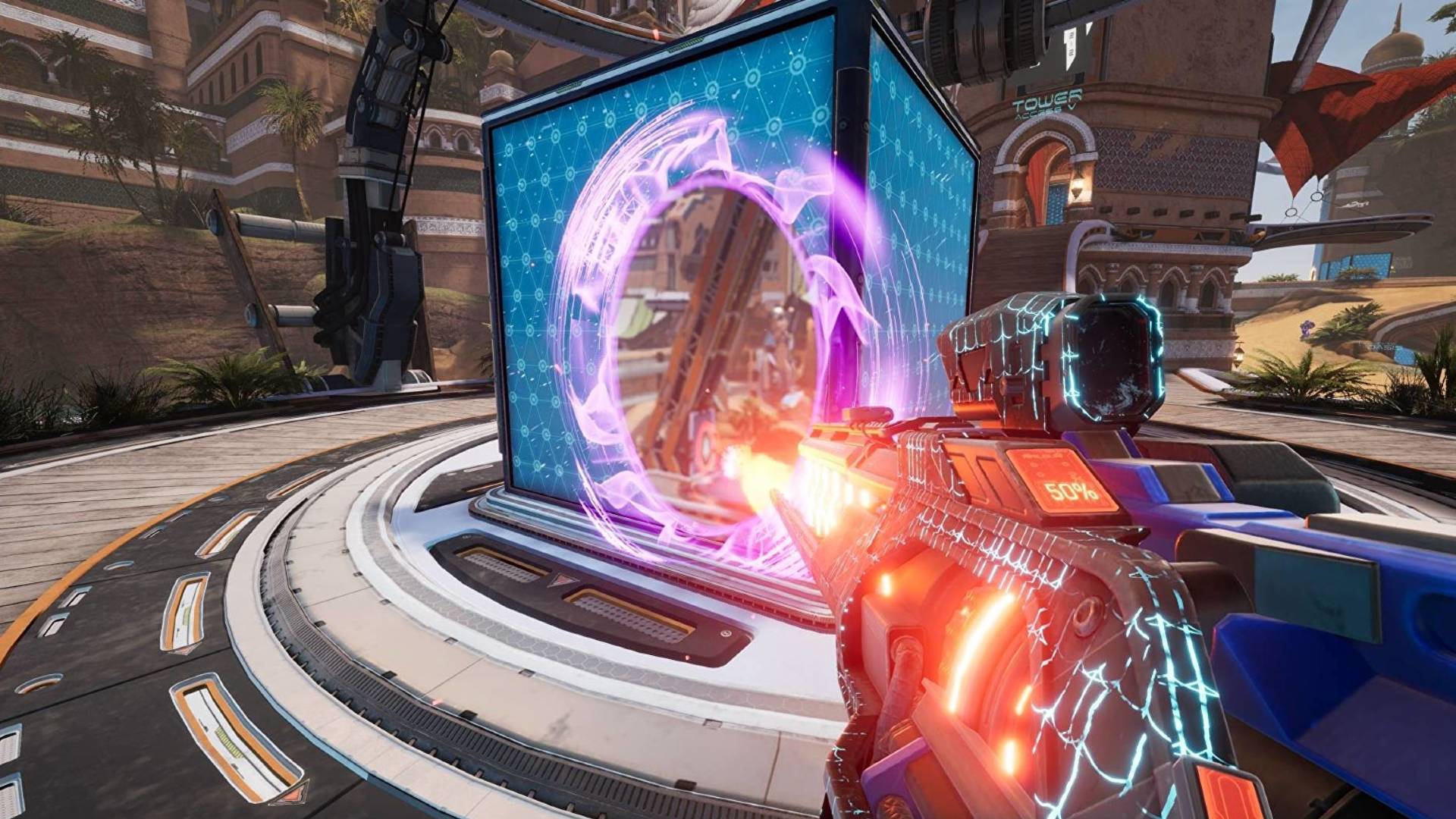 These days, the shooting game scene is largely focused on recreating the look and feel of real life warfare, both modern and historic (with a couple of notable exceptions). That’s all well and good for the people who enjoy that genre, but what if you’re looking for something a little more fantastical? Well, if you’re after a bit of sci-fi shooting fun, then we recommend Splitgate.

Developers 1047 Games decided to take the concept behind the iconic Portal gun and apply it to the competitive FPS arena, and it’s as fun as it sounds. While you battle it out with other players in various futuristic locations, the ability to create portals gives the classic shooter formula a whole new dynamic. With a creative mind, the portals present tons of neat opportunities, making for a refreshingly different FPS experience. 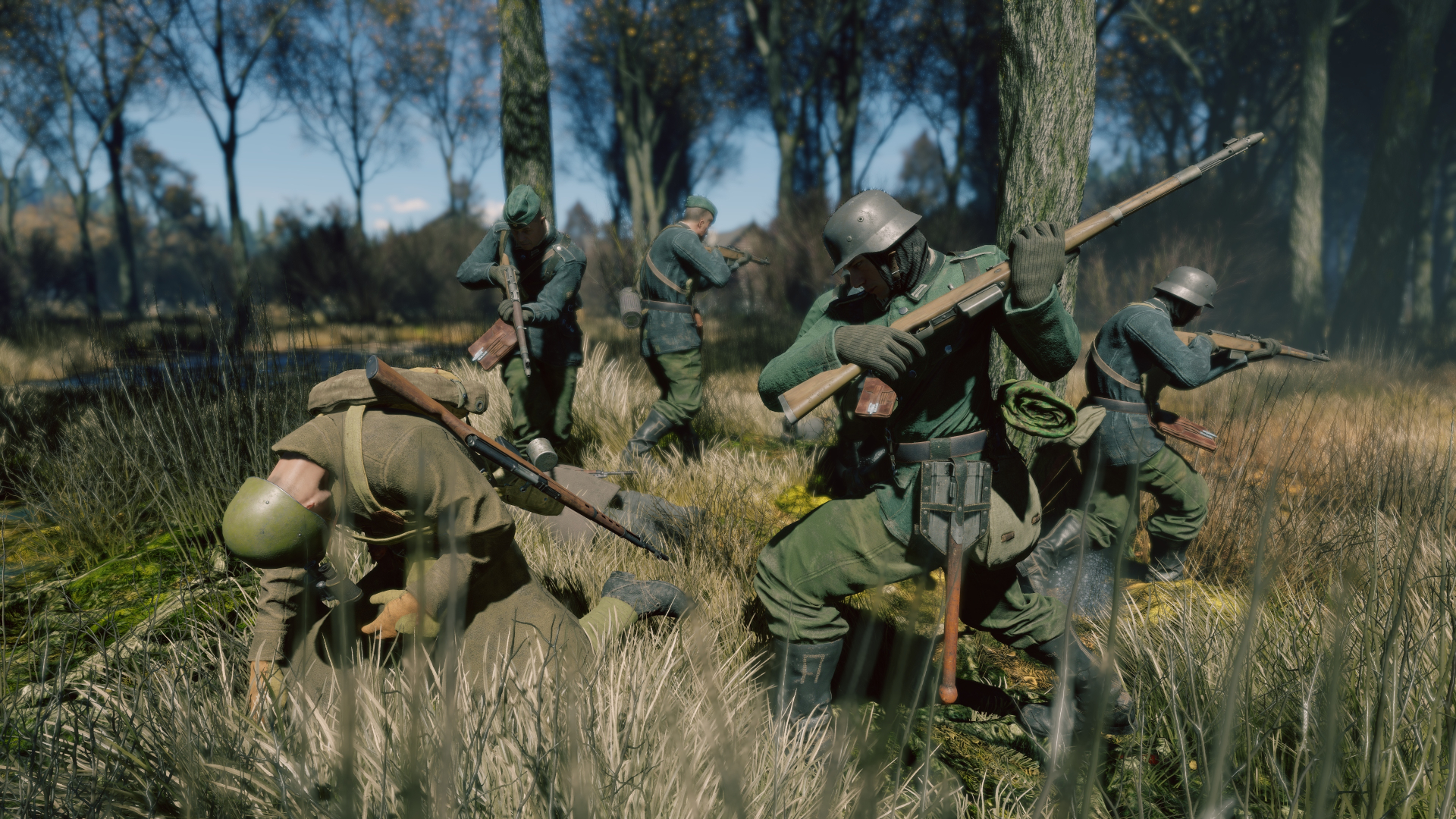 Enlisted is an MMO squad-based shooter that, like War Thunder, is set itself in WW2. In fact, it’s actually another game from the same developer, Gaijin Entertainment.

The game, which is available on PS5 and Xbox Series X|S, is all about scale and realism, so expect to see hundreds of soldiers taking cover in a series of WW2 battlefields. To be successful, you’ll need to lead your squad into battle, either on foot, or by road or air. 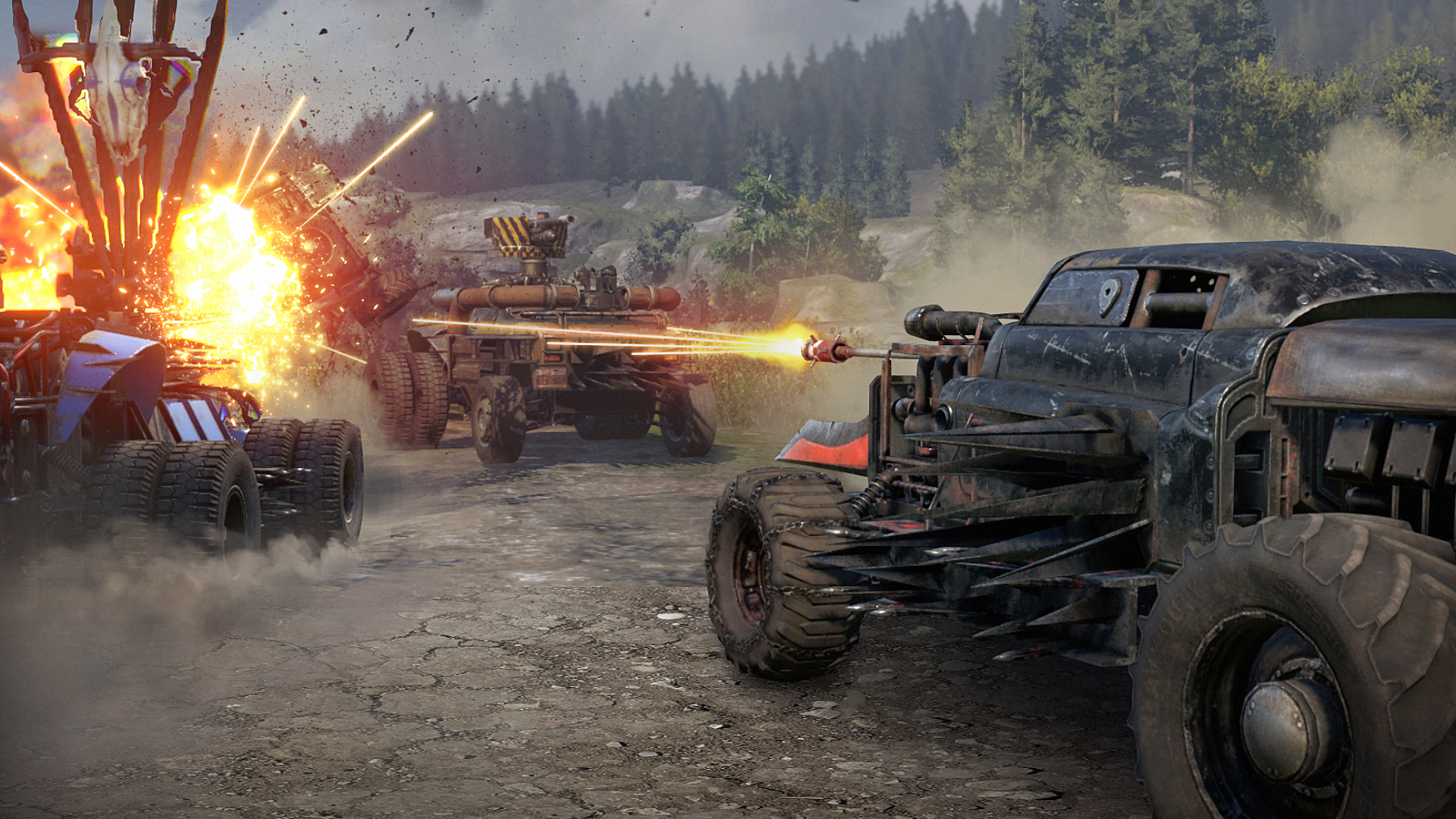 Crossout is a steampunk-esque MMO vehicular shooter where the machine you build plays a huge part in the game. By Russian developers Targem Games, Crossout is set in a post-apocalyptic world where you fight to survive.

There’s a crazy amount of things to do in this game, with Targem offering multiple modes, team setups and, crafting possibilities. To win, you have to put together your own vehicle, swapping parts in and out as you go to improve your chances of success on the battlefield. 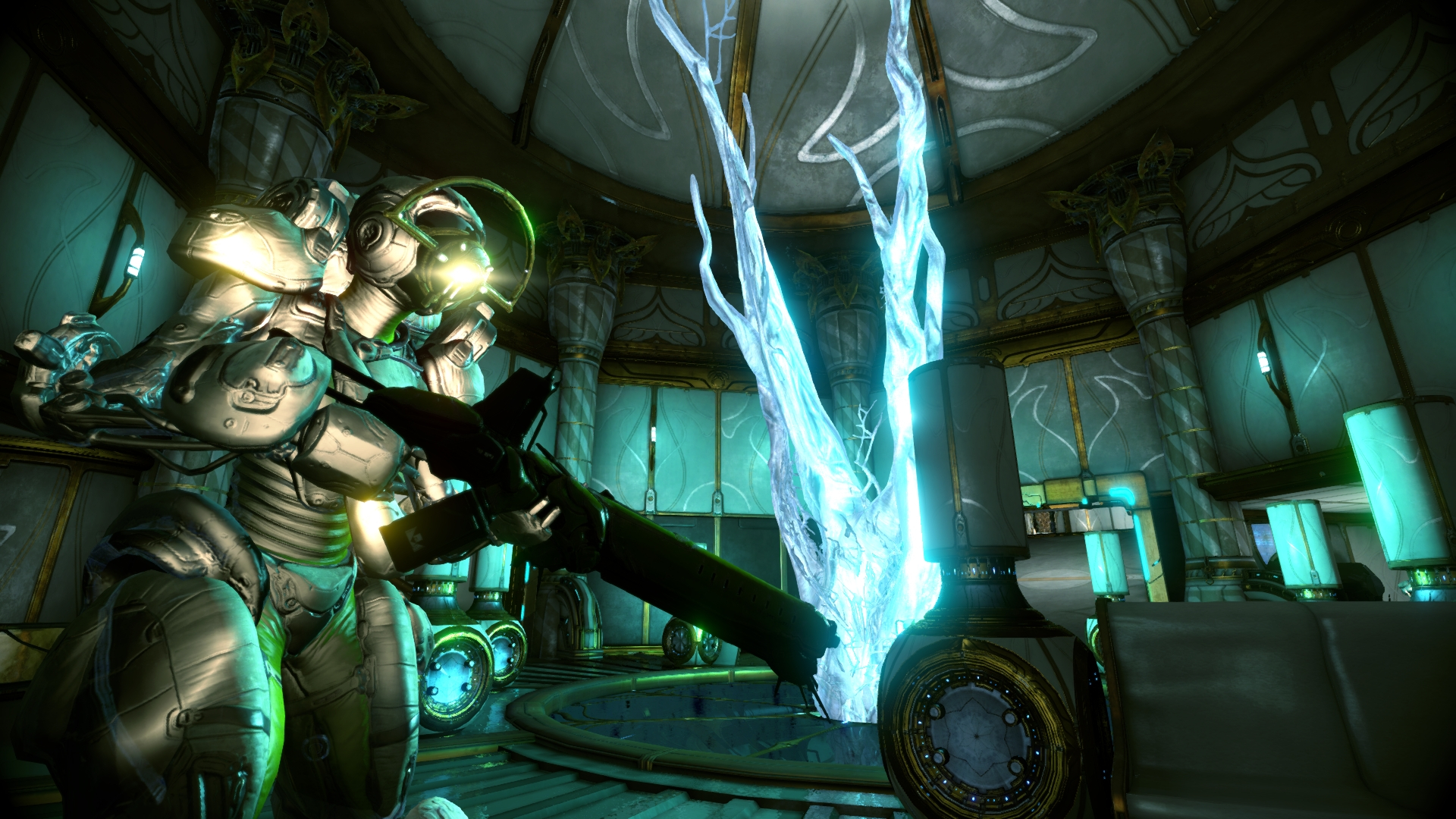 Fed up of tanks, ships, and realism? What if you could play a game with ninjas in space? Surely not. Digital Extremes’ Warframe is just that.

In this third-person co-op shooter, players are part of the Tenno race awoken from a sleep and thrown straight into a solar system warzone. There’s a mix of mission-based progression and fast-paced multiplayer battles meaning there’s lots on offer, especially with the sheer amount of levelling up, crafting, and weapons to unlock. Often compared to Diablo and Destiny, Warframe is free and that’s all we need to know for this list. 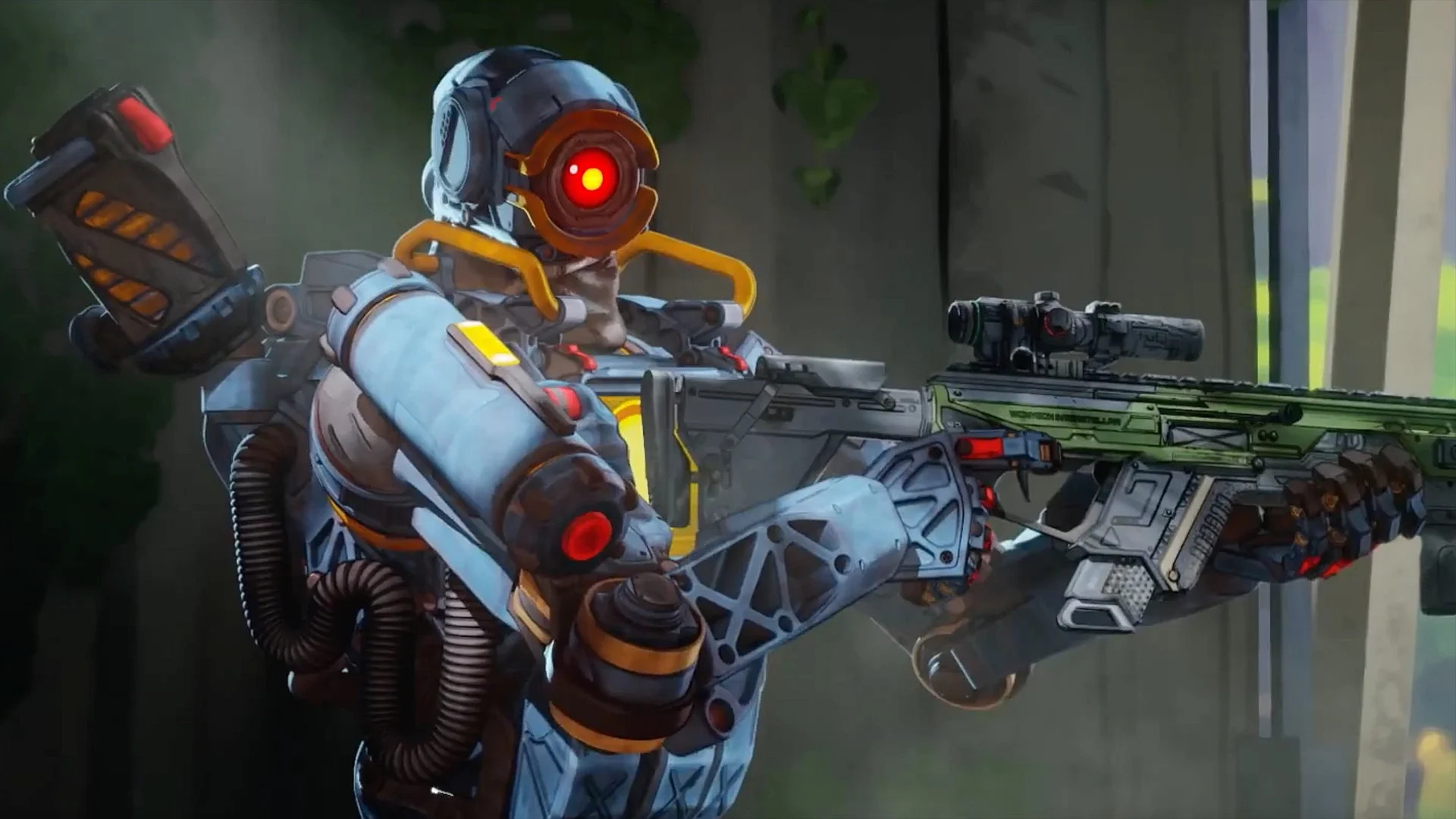 Apex Legends thundered into our lives in 2019 and quickly established itself as one of the best battle royale games out there. It’s a bit different from its competitors since it focuses on the game’s weaponry and its legendary characters, who all have unique abilities and a place on our Apex Legends tier list.

Plus, with Titanfall influences, the game has some incredibly movement mechanics from flying to ziplining to slide jumping, and a ping system that revolutionised non-verbal communication in online games. This is, without a doubt, one of the best free shooting games out there right now. 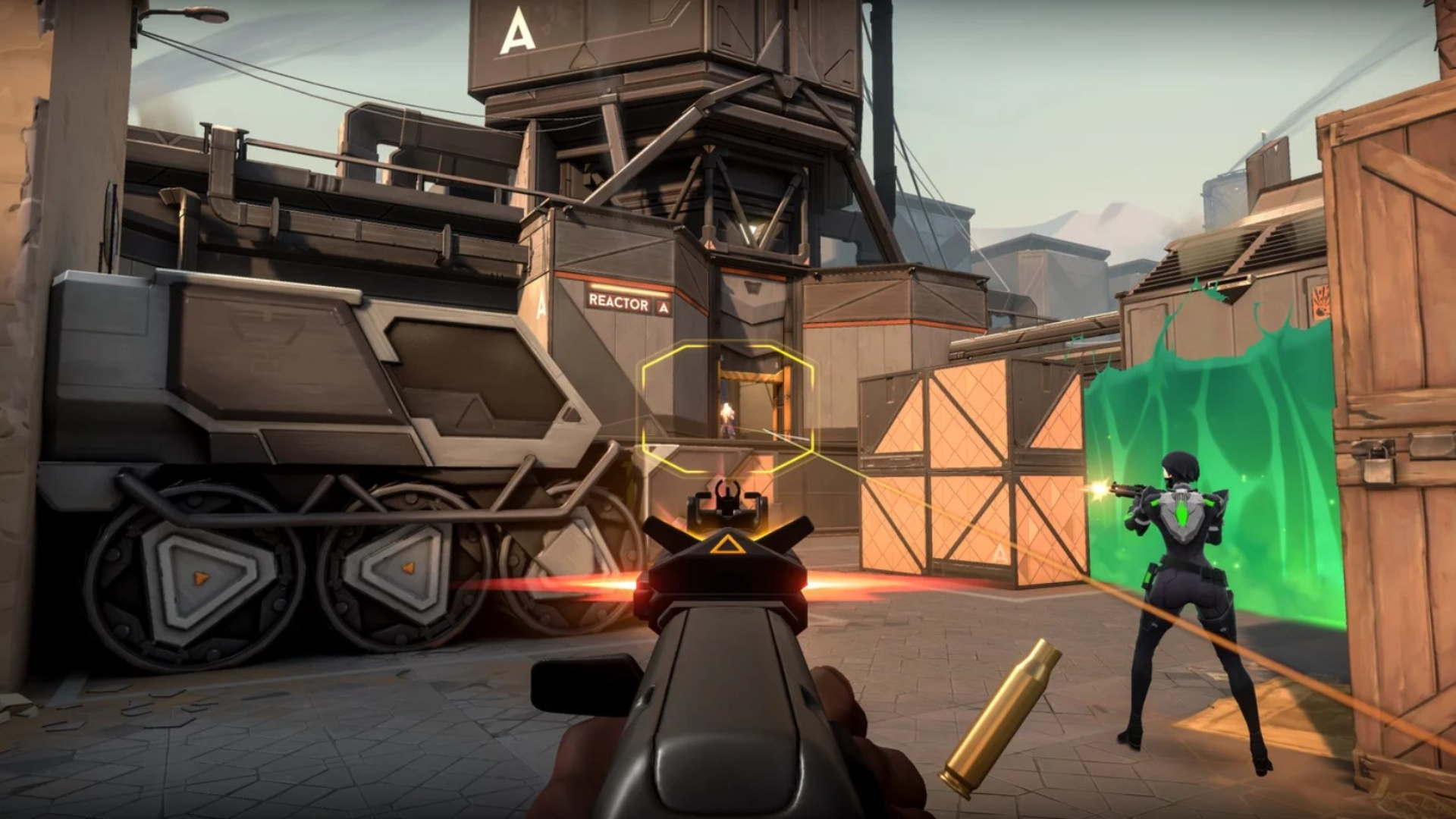 Valorant is the latest 5v5 team shooter created by Riot Games that mixes close-quarter combat and tactical play.  While it feels like the lovechild between CS:GO and Overwatch, this competitive FPS game allows you to reinvent the wheel in style with different agents, all of which have different abilities.

With stunning visuals, intriguing map design, constant updates, and a great Valorant ranked mode, it’s one of the best free shooting games you can find. 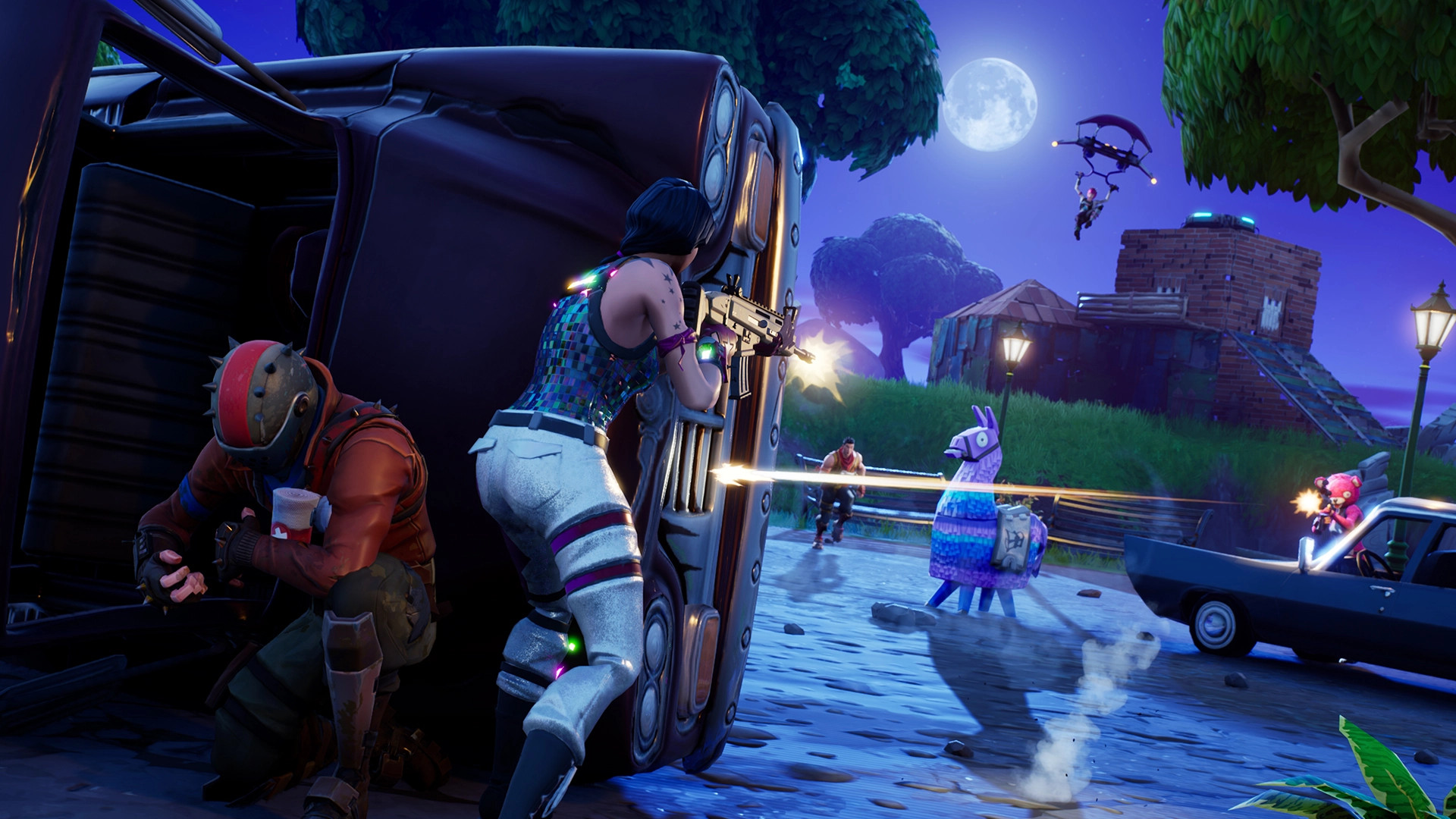 When Fortnite was released in 2017, the battle royale genre got a real boost. Fortnite mixes competitive gameplay across an expansive map with the ability to build structures to get you in and out of trouble.

You can play solo, duos, trios, or squads as you take on a map filled with 100 players all looking for the victory royale. For a free game, it’s had a lot of content updates and the ever-changing seasons make for exciting moments in the gaming calendar. And, if you don’t fancy battling it out, you can head into creative mode to practice your building skills or enjoy many of the best Fortnite Creative codes. 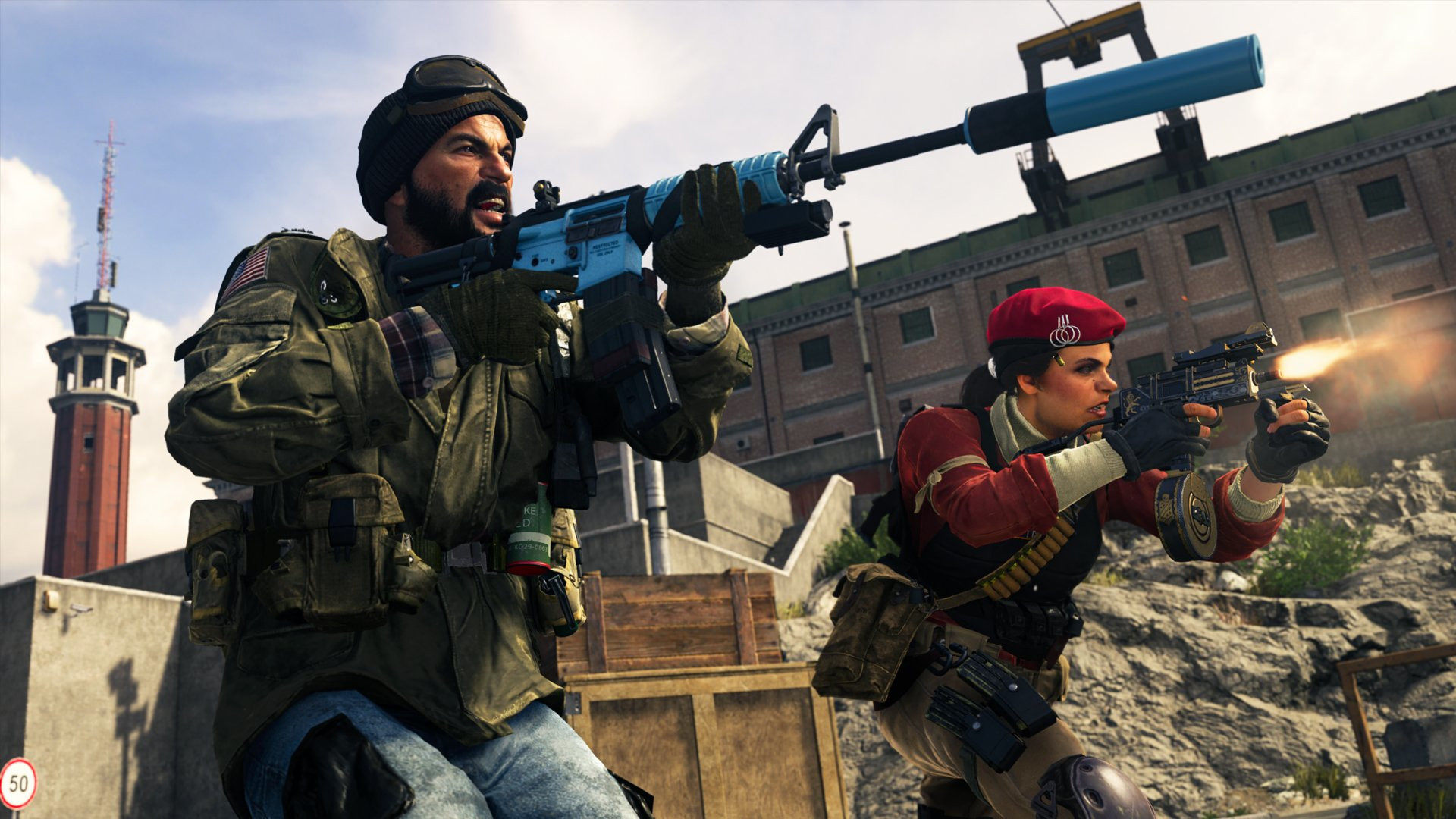 When Activision lifted the lid on its free-to-play mode, Warzone, the Call of Duty community couldn’t believe their luck.

Not only was it the first free way to enjoy Call of Duty, but it also introduced new mechanics to the battle royale genre, like giving players the opportunity to get back into the game via the Gulag. 150 players on a huge map with some of the best Warzone guns, and Call of Duty’s unique gameplay mechanics and visuals… for free? Gamechanger. 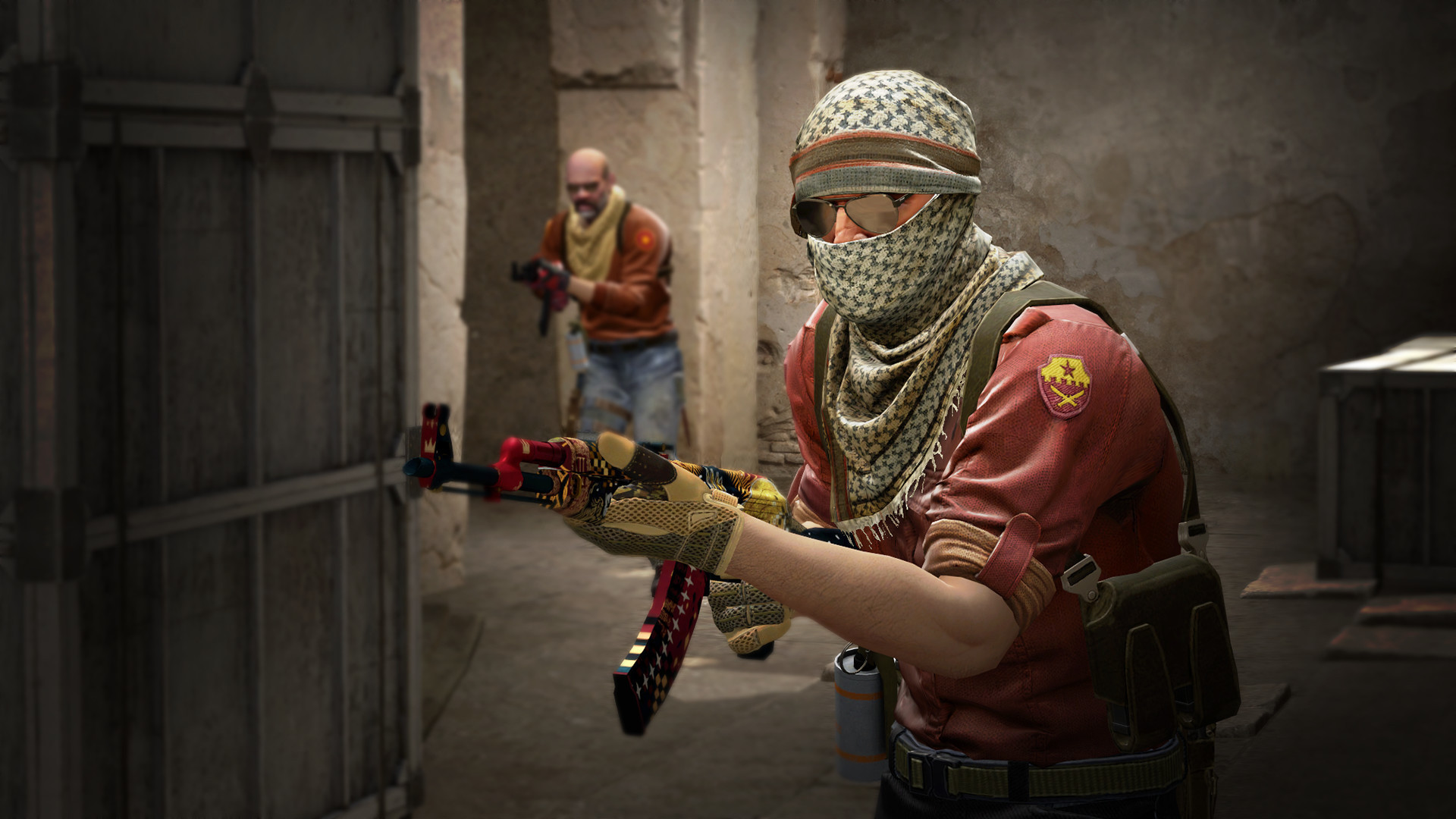 Counter-Strike: Global Offensive, known popularly by its acronym CS:GO, is a multiplayer first person shooter that became free to play in 2018 alongside its battle royale mode, Danger Zone. The standard CS:GO ranks mode pits two teams against each other in a bid to defend or attack bombsites.

It’s one of the largest games in the esports scene but if you want to just play it at home, defuse some bombs, rescue some hostages, then this one’s for you.

So there you have it, the best free shooting games in 2022. If one takes your fancy, get it downloaded, and have a crack – we promise you won’t regret it.