The best Xbox RPG games tend to be available across generations, but there are a few which really shine on the Xbox Series X|S. There are a lot of games on Xbox, regardless of which one you’re using, and the overwhelming value of Game Pass means that you probably spend a good ten minutes or so staring into the digital abyss whenever you’re trying to figure out what to play next. It’s tough out there with so much choice, but the good news is that you’re not alone.

With so many games to choose from, it’s easy to make a list of the best Xbox RPG games because there’s no issue when trying to find another genre-defining showcase to dive into. The only thing you really need to know is where to start, or which game to get into next.

So, we’ve decided to just go ahead and make a list of the best Xbox RPG games to try and make that whole process a little bit easier for you.

The best Xbox RPG games are: 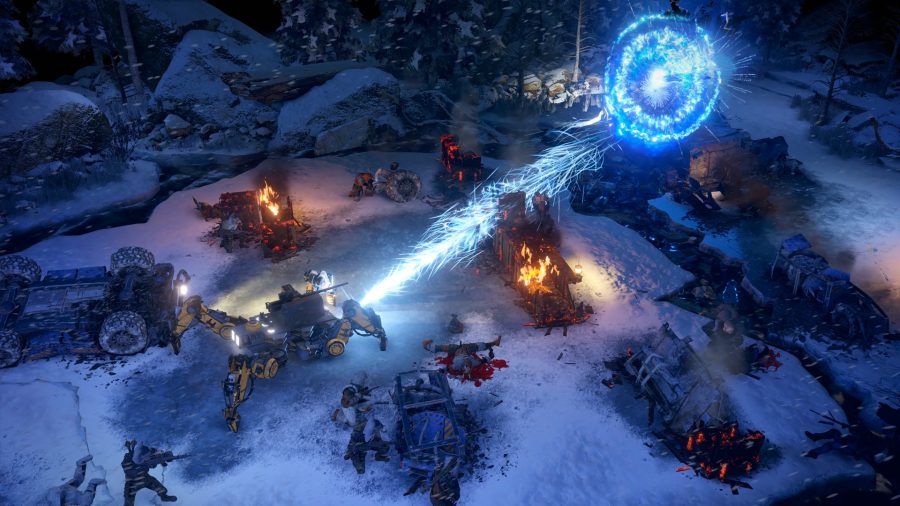 Who among us can deny the appeal of sheer absurdity? Wasteland 3 takes a lot of serious RPG systems and then puts them into a clown’s shoe, lets them walk around for a bit, and then somehow pulls them out of a different clown’s squeaky nose.

It’s an utterly absurd RPG that lets you live out all sorts of nonsense dreams, either alone or with a friend in co-op, and it’s a blast to play. 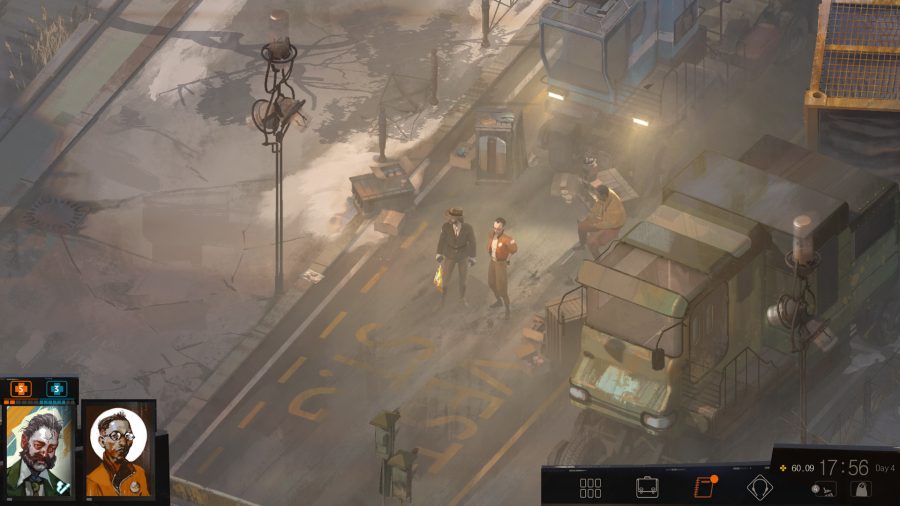 The world is cruel, dark, and incredibly messed up, but it has the potential to be so much more. Thankfully, that’s true of the character you play in Disco Elysium too, who can be anything from a useless waste of skin, to a true paragon of justice and morality.

Disco Elysium is a text-heavy RPG that’ll have you laughing, cringing, and crying as the story unfolds. It’s an exquisite game, and the Final Cut edition of the game only makes it better. 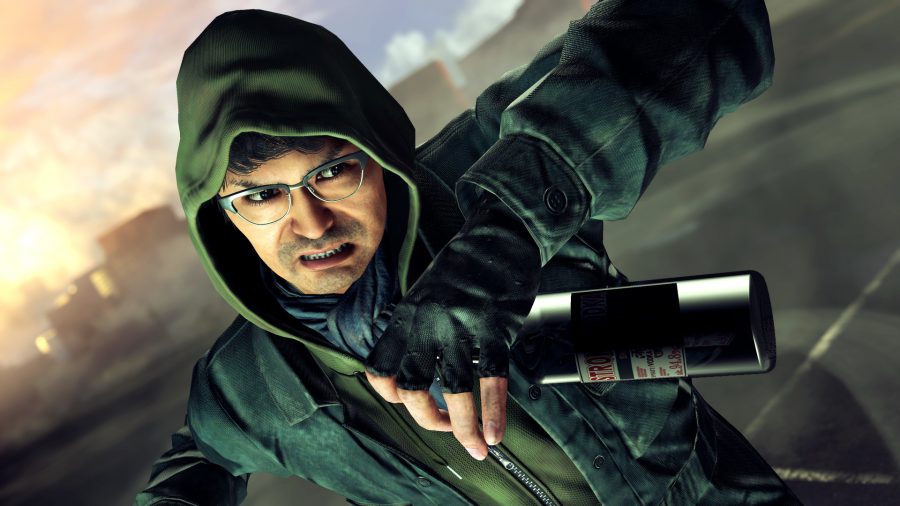 Ichiban Kasuga, the main character of Yakuza: Like a Dragon, is a bit of an airhead at times. It means that the series and its usual take on action have been replaced by turn-based battles, all thanks to Ichiban’s daydreaming.

It also means that you get to play through this revenge story using over-the-top special abilities and you’ll spend a lot of your time laughing. 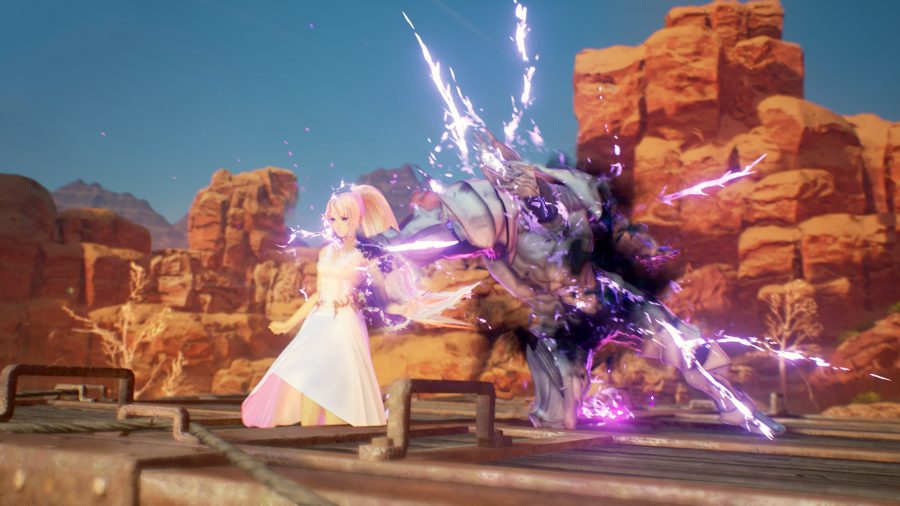 Tales of Arise is the story of an amnesiac slave, a mysterious woman who hurts everyone she gets close to, and the different forms that oppression can take.

It’s a magnificent action RPG that features a colourful cast of characters, each with their own motivations and fighting style, as they band together to try and overcome the increasingly insurmountable challenges in front of them. Also, it’s incredibly pretty. 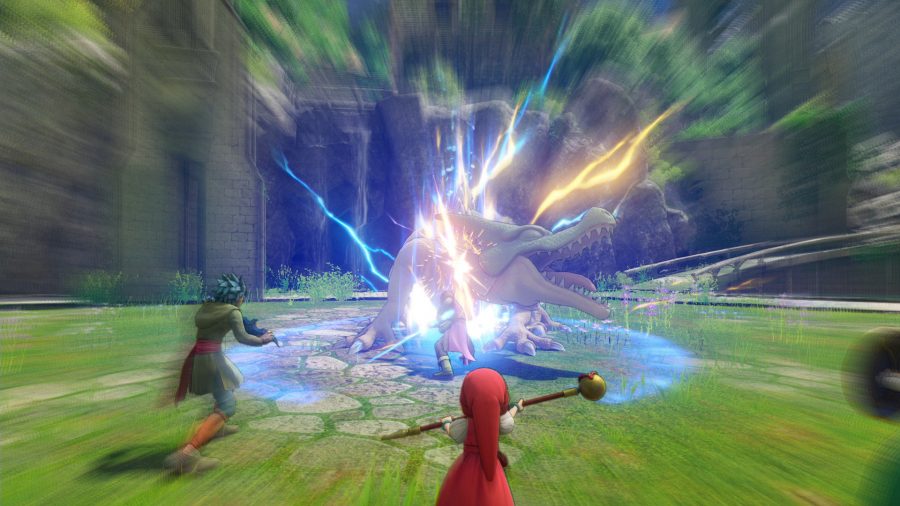 Ultimately, RPGs have been changing a lot for years now. The way they used to be simply isn’t the way they are now, but one series which has basically refused to change, but still managed to improve, is the Dragon Quest series.

XI S adds in extra bits of story, and an incredibly cool 2D mode for retro fans out there. It also happens to be the best entry in the series in a lot of people’s opinions. 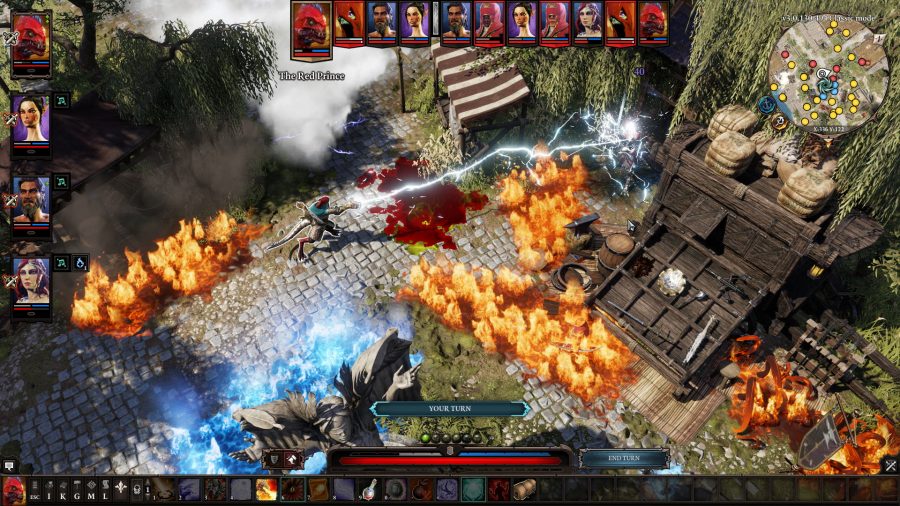 Have you ever wanted to be a fire-spewing lizard who also happens to have a deep understanding of geomancy and a love of the finer things in life? We’re going to assume the answer is yes, because who hasn’t.

Divinity: Original Sin 2 is an immersive sim dressed up as a CRPG, and it’s filled with an unending amount of content, more replayability than most roguelikes, and also just so much fire. Also, it can be played in co-op, which makes it even more enjoyable. 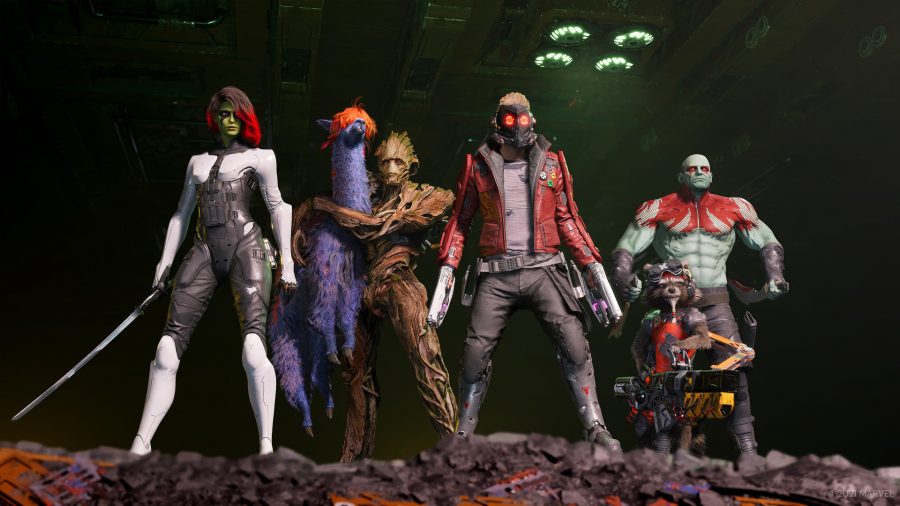 Marvel’s Guardians of the Galaxy

You’ll do this with old-school music, inspirational pep talks, and unpredictable tactics. This is a game that’s been designed to put a smile on your face, and you’ll struggle to resist it. 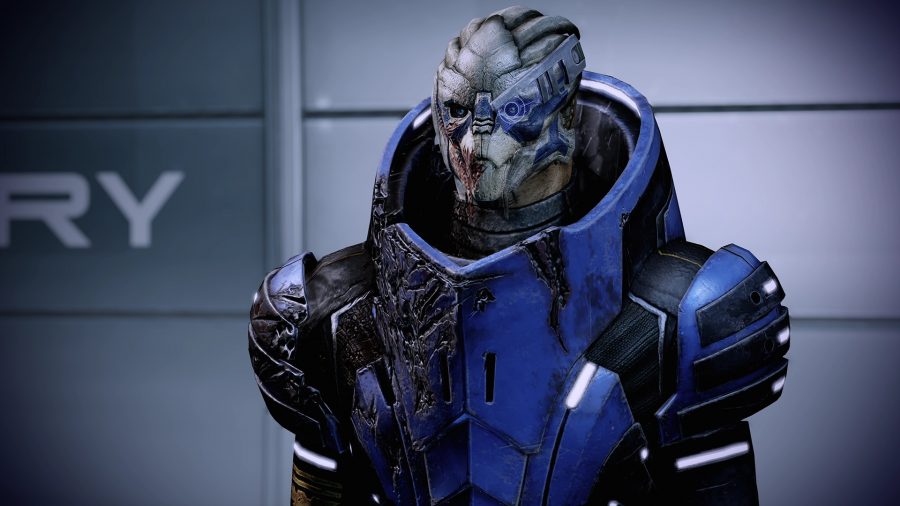 The only thing better than one Mass Effect game is all three of the original trilogy in one neat package. Well, that’s exactly what Mass Effect Legendary Edition offers and it’s available on Game Pass now.

You too can relive your youth by living vicariously through Commander Shepard as they try and save the universe from the threat of the Reapers, all while dating your favourite space alien. We’re pretty sure the games aren’t purely here to sell body pillows, but who can know for certain. 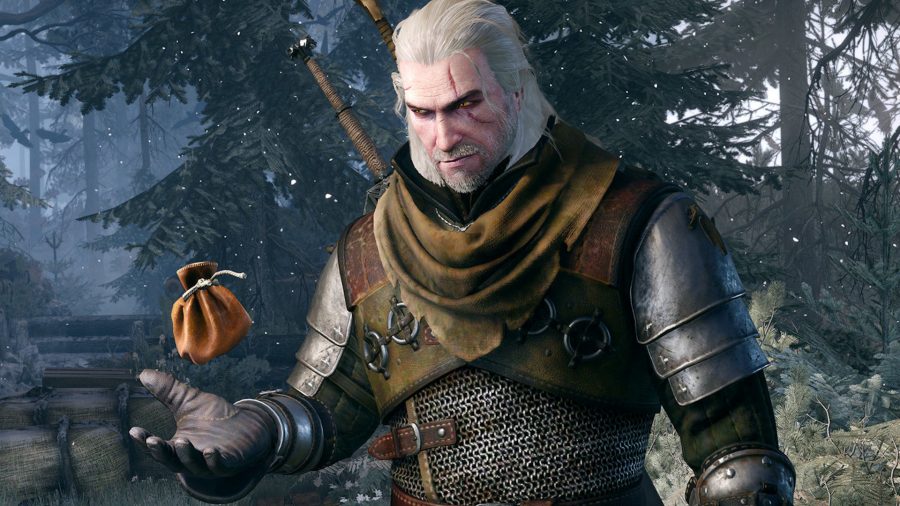 While the official next-gen version of The Witcher 3: Wild Hunt isn’t here just yet, the original game is still boosted enough by the power of Xbox Series X|S to be worthy of your time and attention.

Starring Geralt, though not the Henry Cavill version, you get to fight, talk, and sleep your way through a story that’ll have you constantly questioning your own morals, and generally feeling a bit sad. But hey, at least you’ll look cool. 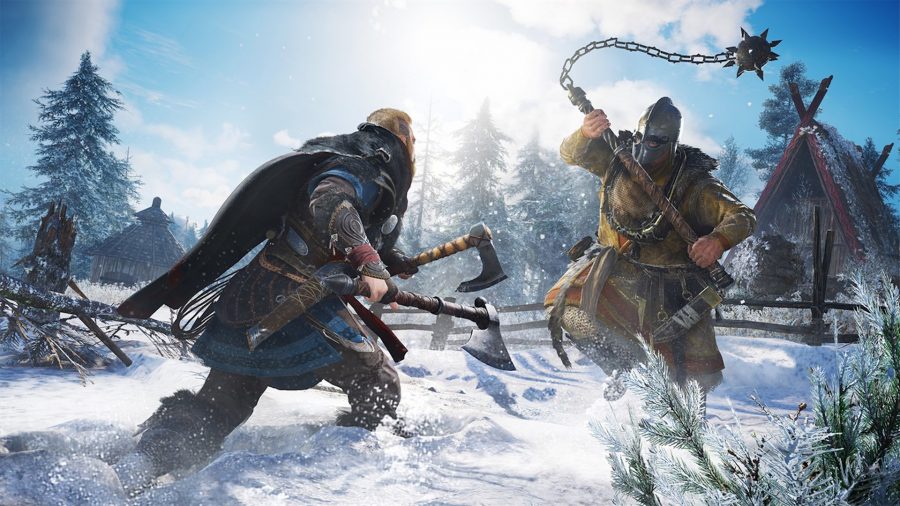 The Assassin’s Creed games used to be action stealth games, but ever since Origins, the series has evolved into a group of truly immense open-world RPGs.

This entry has you taking control of Eivor, a viking who uses raw power to get what they need. You’ll follow them as they journey across continents and realms, and forge new friendships, rivalries, and take out corruption as you go. There’s just a lot to do here, but as long as the idea of spending 120 hours in a game doesn’t bother you, you’ll have an excellent time yeeting axes at enemies.

That’s our complete list of the best Xbox RPG games currently available. There should be something for everyone on this list, but if you’re looking for more inspiration, make sure to check out the best Xbox Series X games, as well as the best Xbox Game Pass games and the the best Xbox horror games – we’re sure you’ll find something there.

A prolific games writer, Jason can be found at The Sixth Axis and freelancing all over the UK games press, including Eurogamer, PC Gamer, Dicebreaker, GamesRadar, and PCGamesN.