The best Xbox zombie games are the ones that aren’t just full of one of our favourite forms of undead to fight against, but also the ones that are a huge amount of fun. While some view zombies as the low-tier end of the undead spectrum, we can’t help but fall for the way they look as you dropkick them over the edge of a motorway, or the way they ragdoll away from explosives.

Zombie games aren’t all scary. Sure, some are, but zombies are often the pratfall of the horror world, and it means that there’s a surprising amount of variety within the best Xbox zombie games. You can find something that’s great for co-op, a heart-rending story of humanity trying to endure, or just one that’s innately silly.

No matter what kind of zombie game you’re looking for, we’ve got a list here that should satiate your hunger for blood, flesh, brains, or just completely carnage. So, let’s just shamble on into this list of the best Xbox zombie games. 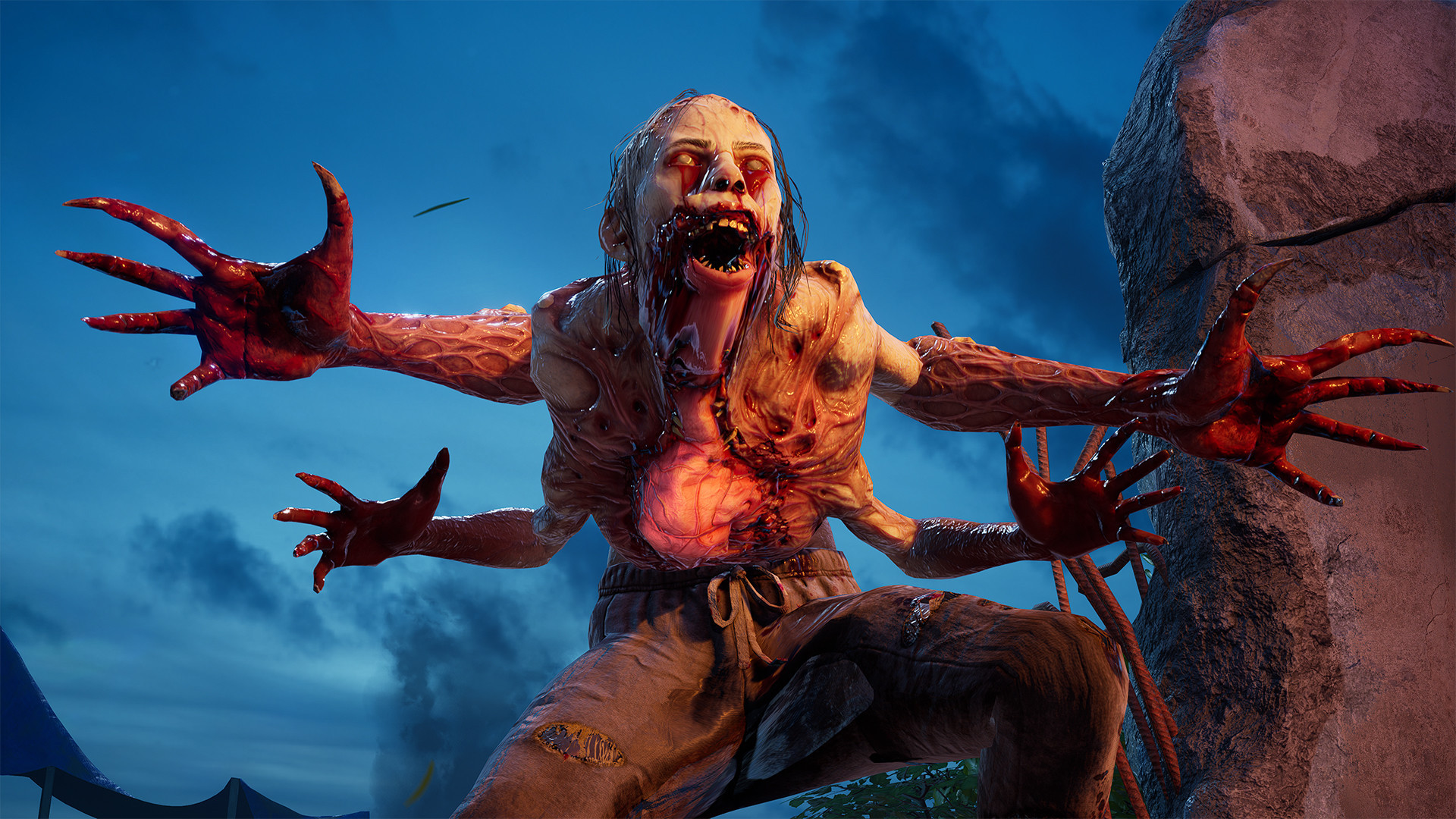 Back 4 Blood might not be the follow-up to Left 4 Dead 2 that people were expecting, but that doesn’t change the fact that it’s an incredibly fun zombie game and one we rated highly in our Back 4 Blood review.

You and up to three other people have to fight through hordes of the undead (they’re called Ridden, but they’re definitely zombies). Aside from the excellent gun play, the thing that keeps Back 4 Blood from getting old is being able to create your own builds thanks to the deck system. If you’ve not considered becoming immortal thanks to some weird melee abilities found in the best Back 4 Blood cards, then, well, consider it. 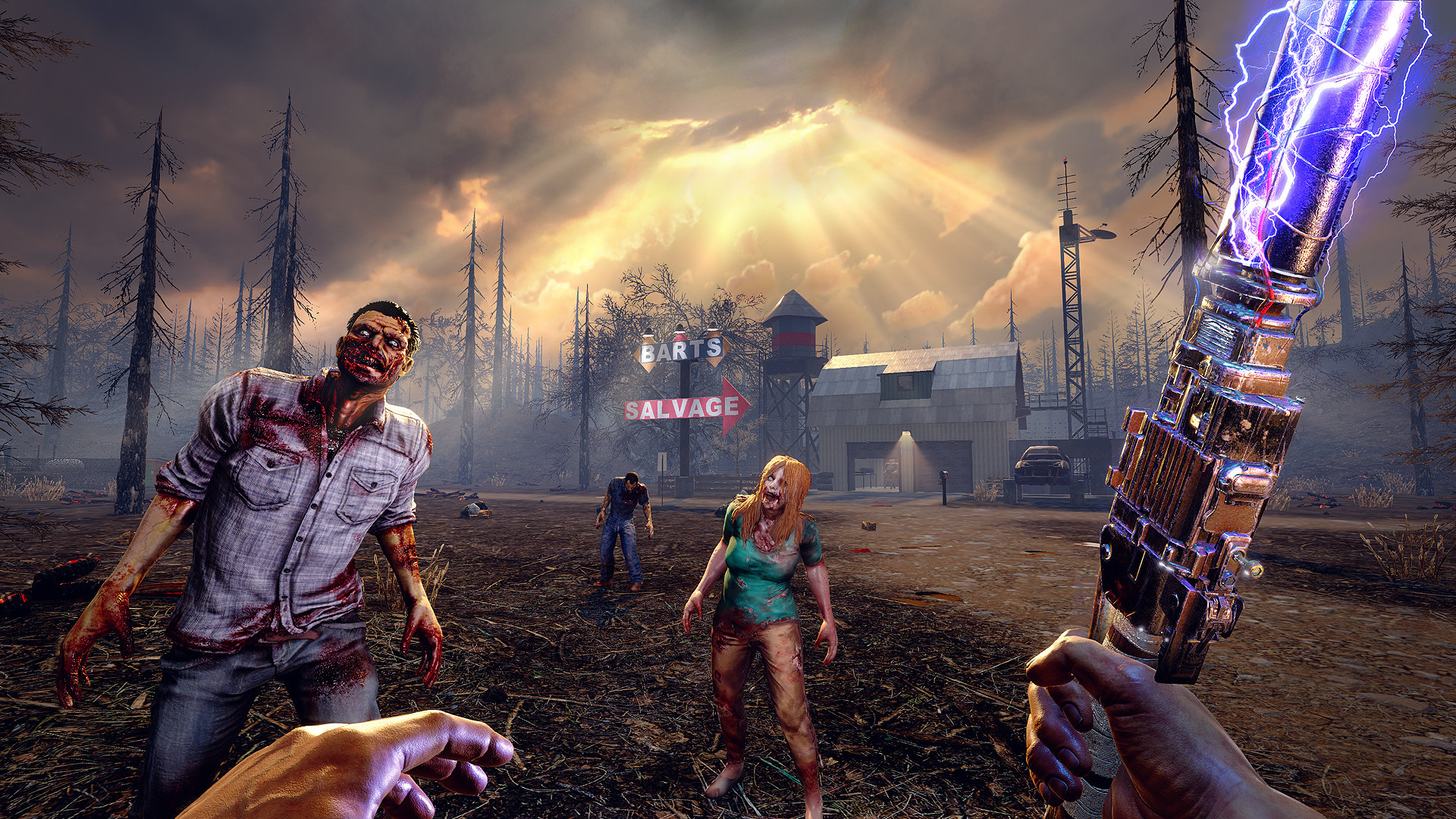 7 Days to Die is an open-world zombie game that fuses together elements of RPGs, survival horror, and tower defence, into one increasingly tense sandbox experience.

While that mix of genres may sound messy to some, be assured that it’s all fused together in a way that makes a lot of sense, and the result is a game that’s a blast to play, even if you end up getting overrun by the undead. 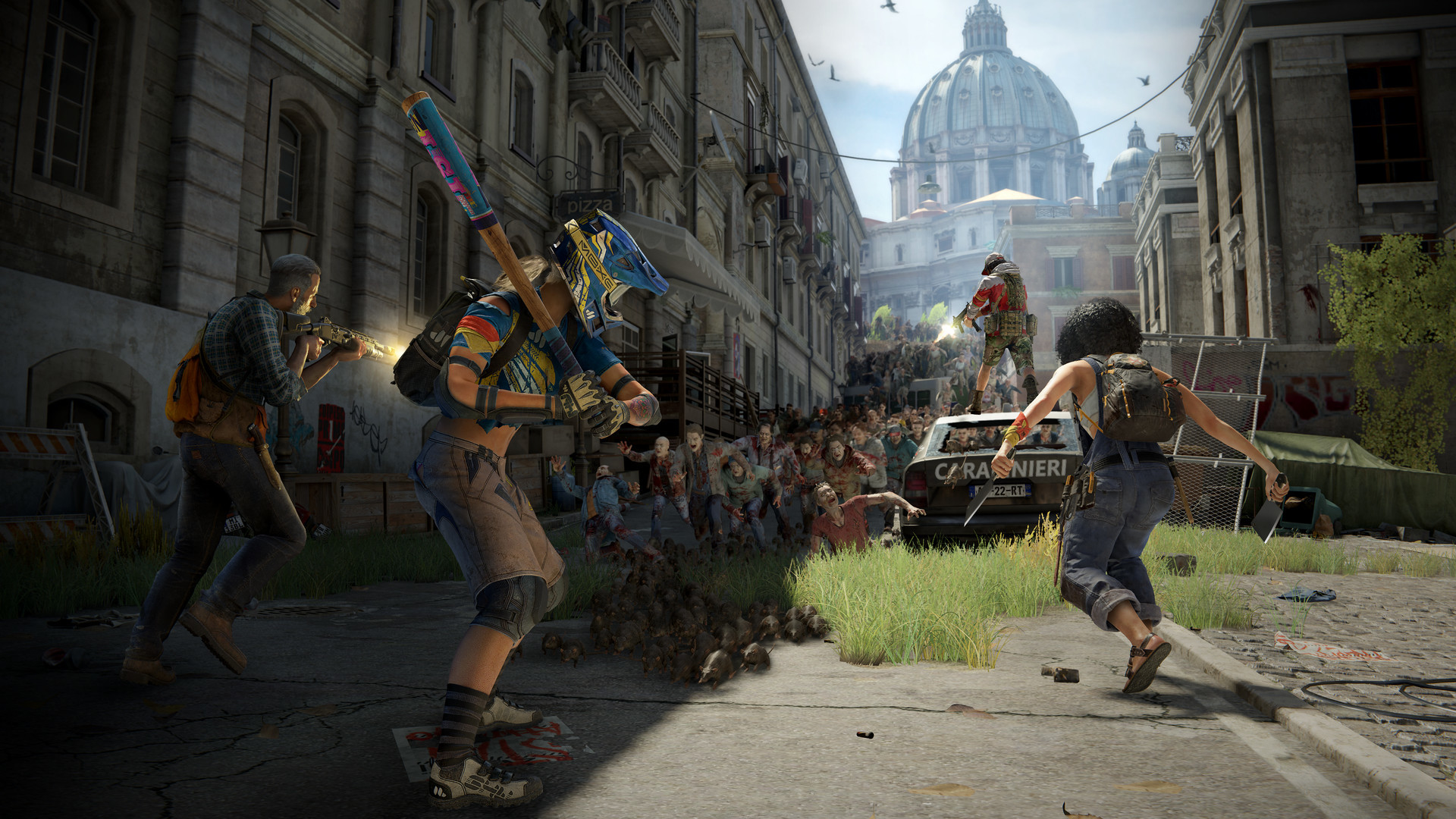 World War Z has you and other survivors fighting off hordes of zombies in a post-apocalypse.

While the general gameplay loop is similar to games like Left 4 Dead, the thing that sets this one apart is the sheer volume of enemies you’ll have to fight off. There are times when zombies appear to flow more like a river than anything else, and watching them all clambering over themselves to get to you is legitimately amazing. 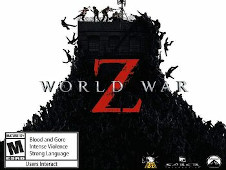 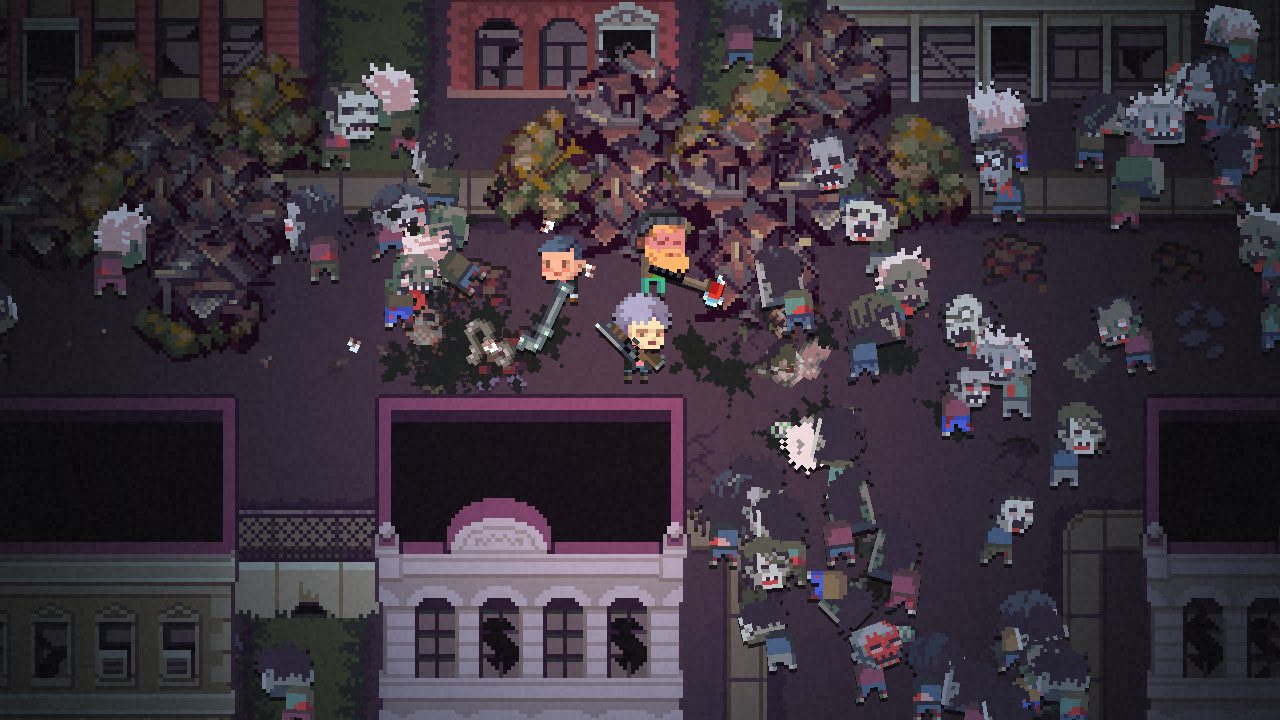 Death Road to Canada is about a car full of fools trying to survive not only the end of the world, but also each other. You’ll get to rescue animals, argue with each other, and fight off against huge hordes of the undead in this action roguelike.

It’s an excellent time to be had, and is especially good if you’re looking for one of the best Xbox zombie games with local multiplayer. 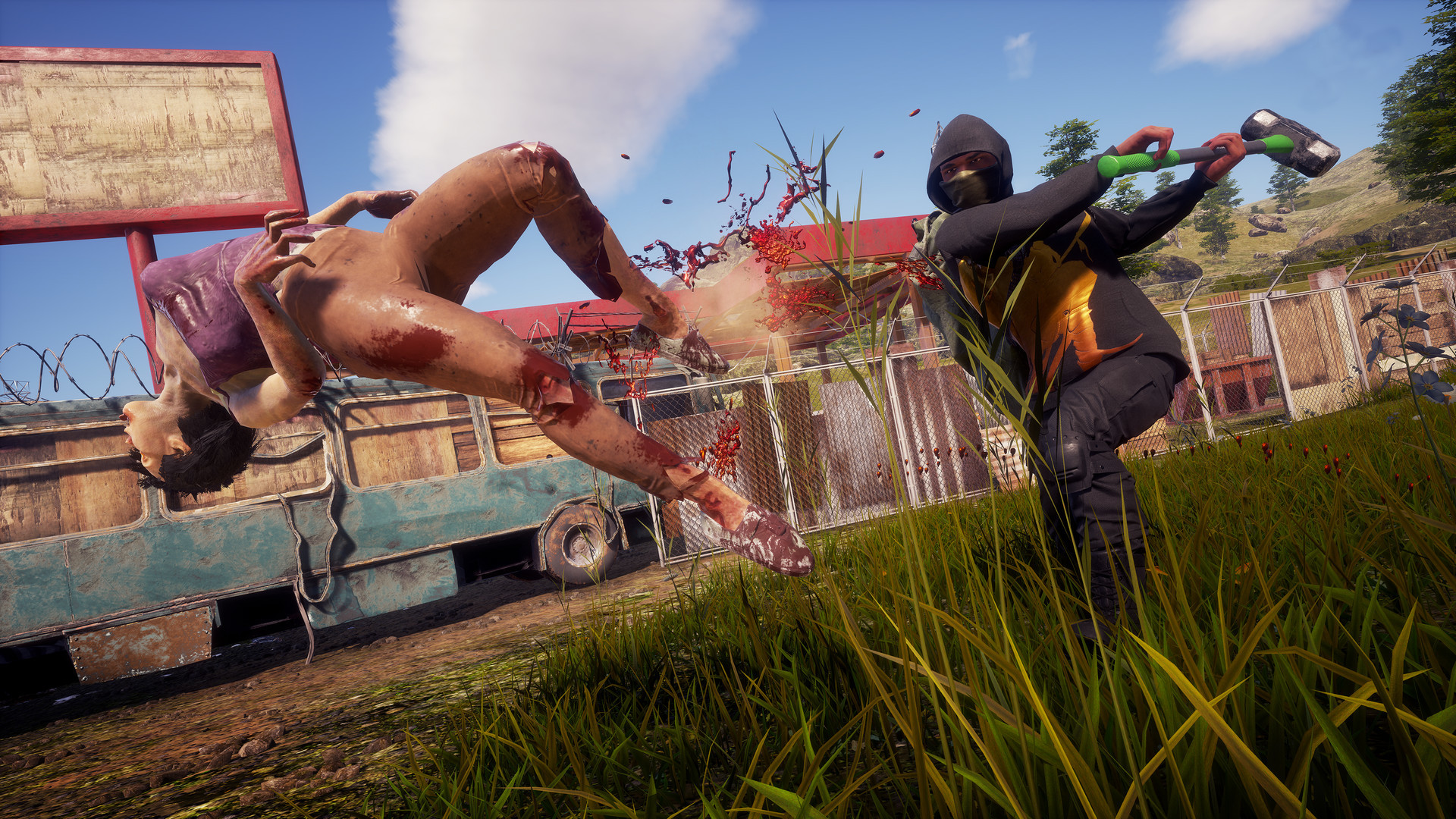 State of Decay 2 is a huge open-world base-building survival game that you can play along with your friends. It’s got a big focus on managing not just the resources you’ll have to hunt to find, but also doing so while trying to stay quiet, and keeping on top of your community too.

It’s a little less about action when compared to some of the others on this list, but it’s no less enjoyable. 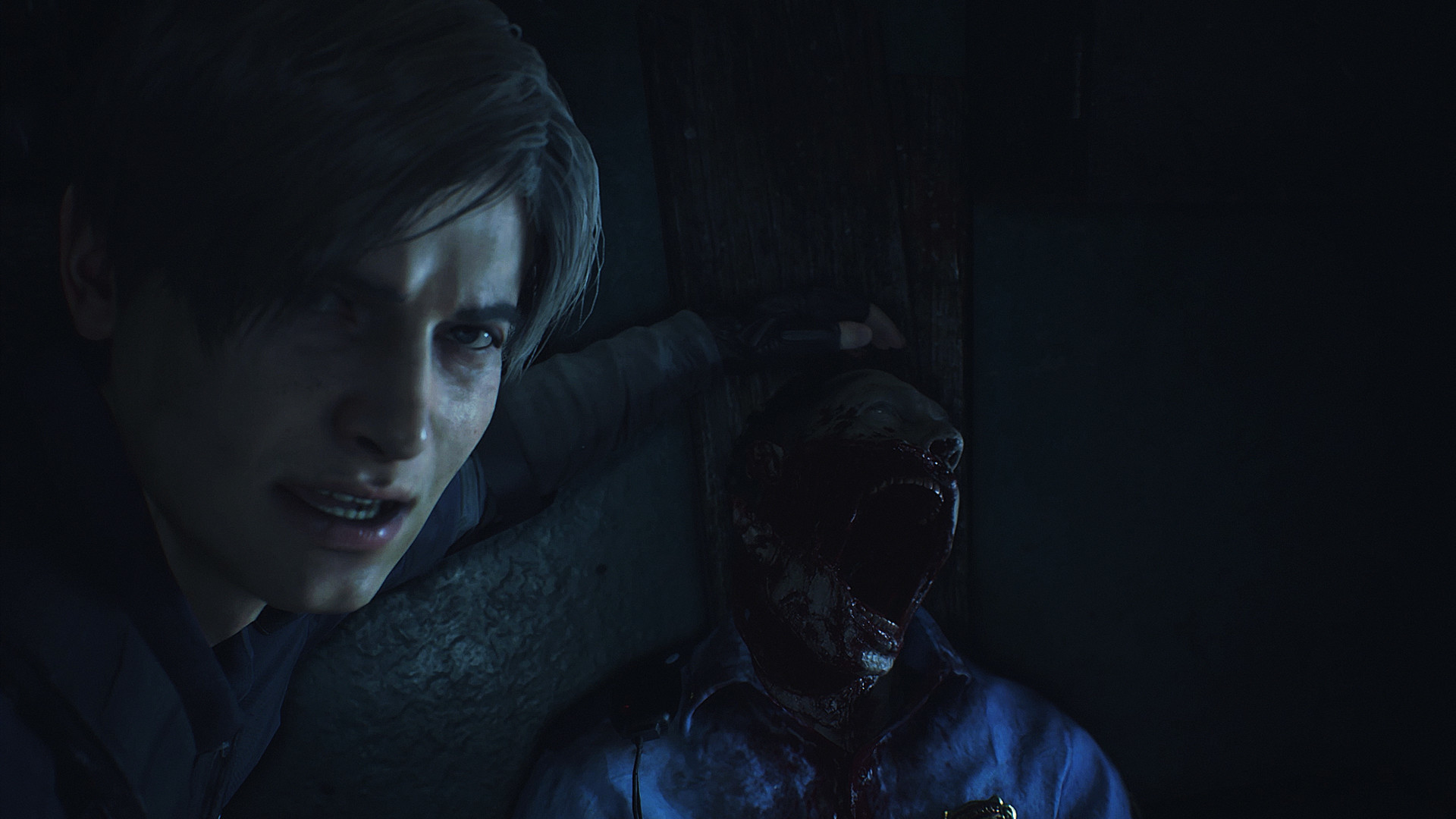 It’s an incredibly pretty game, and there are plenty of reasons to play it even after you’ve beaten it too. 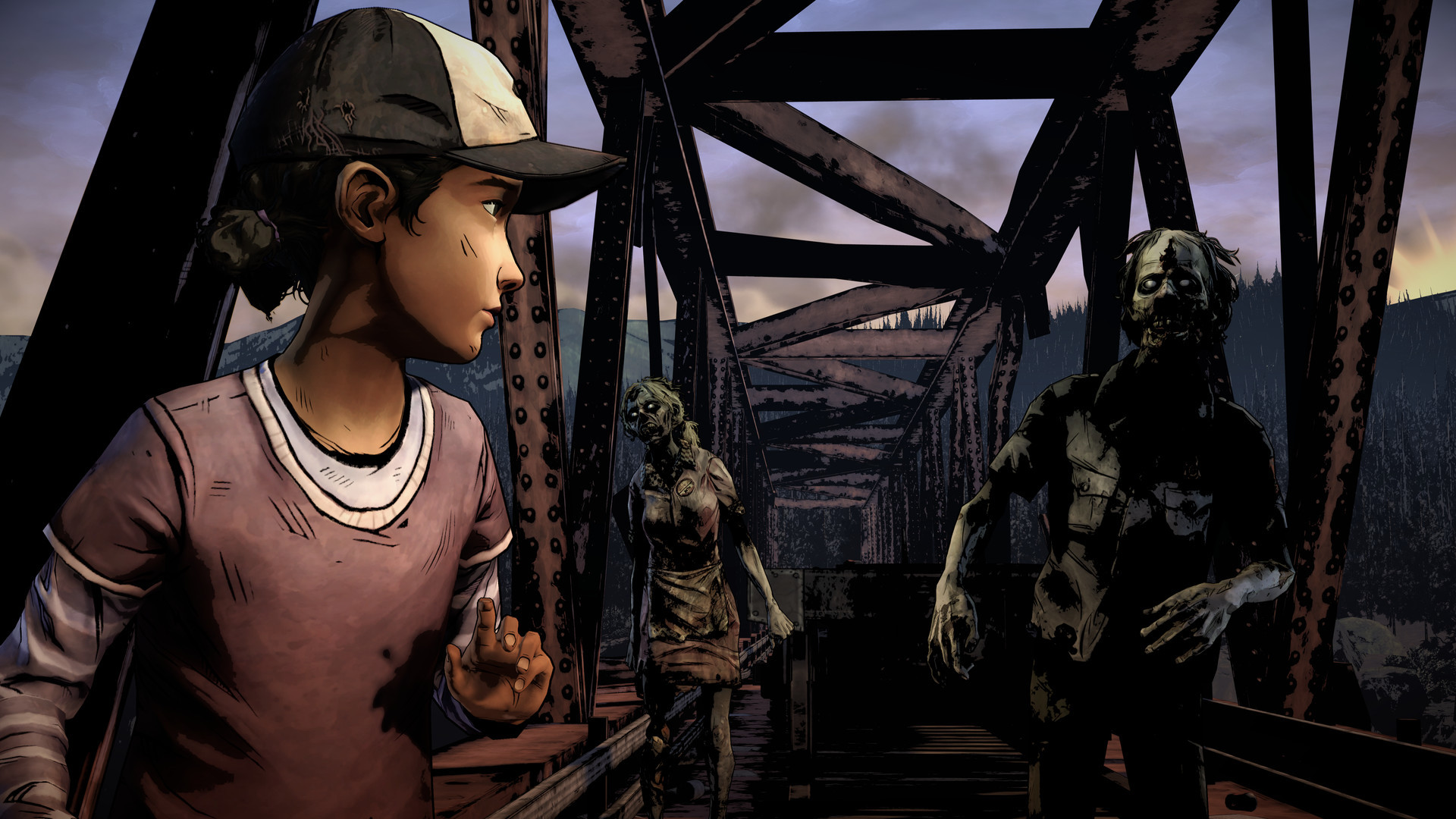 Here we have a very different kind of zombie game. While many are probably aware of the potential heartache that The Walking Dead can cause, if you’ve not actually experienced it first-hand yet, then you’re missing out.

The Walking Dead was, for many people, a showcase of how good the Telltale Games of old could be, and you absolutely need to check this out. 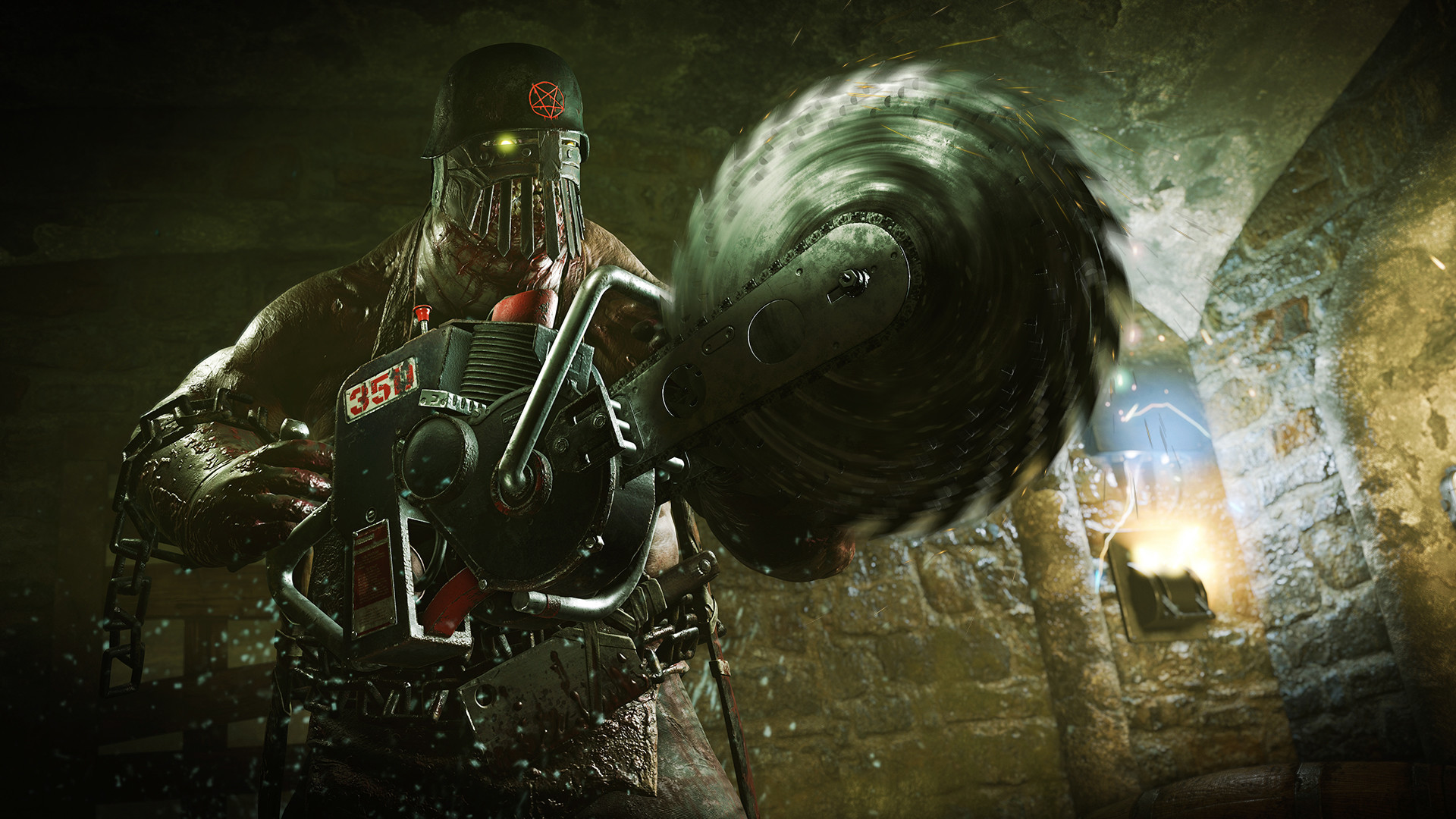 So, it turns out that the war didn’t actually end when we thought it did, and instead, Hitler somehow made a big old army of zombies to throw at the world. It’s not ideal, but the good news is that Zombie Army 4: Dead War is just as happy to also give you completely absurd weapons to use.

When you add in the co-op too, you’ve got one of the silliest and most entertaining Xbox zombie games around. 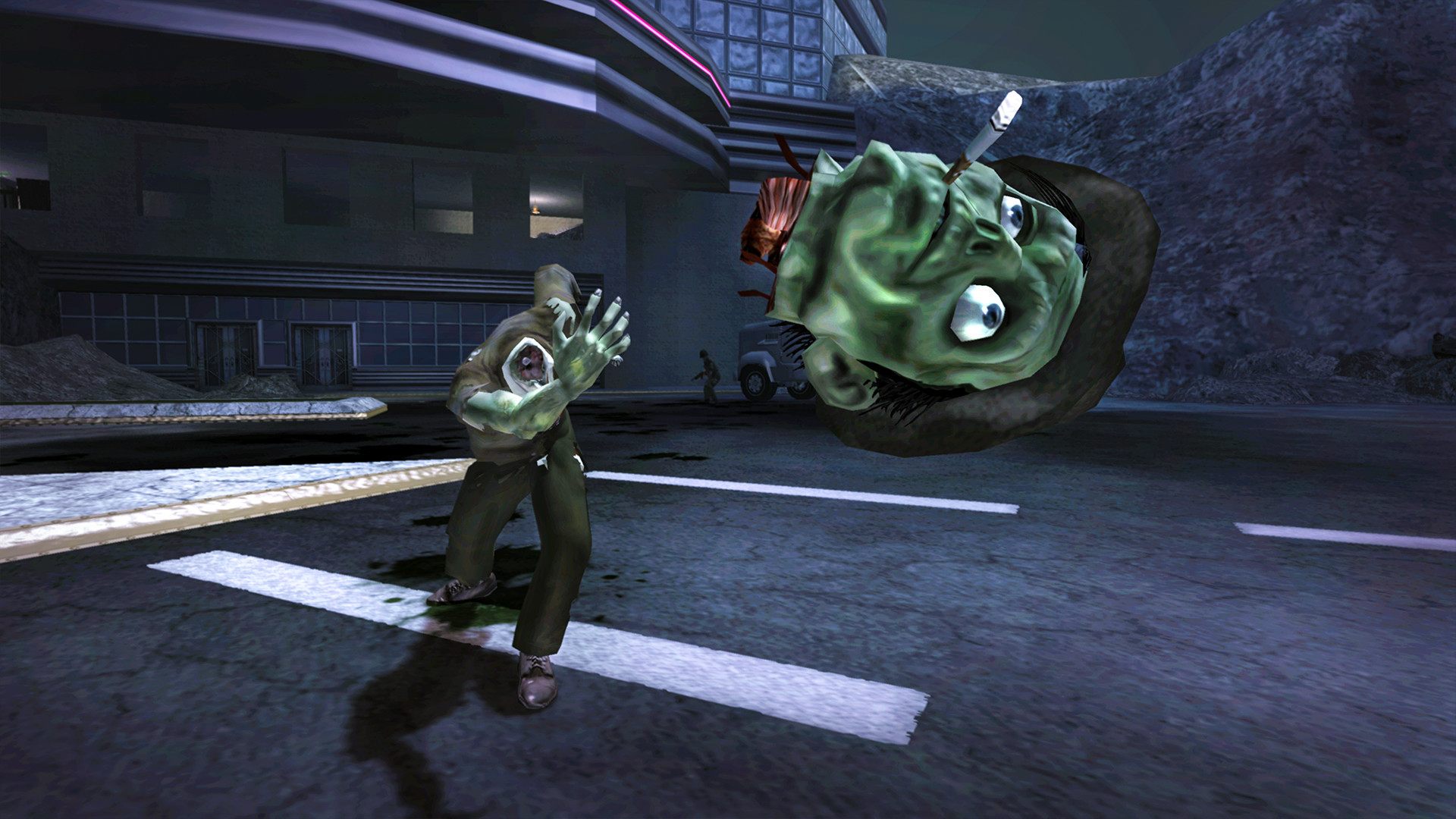 Stubbs the Zombie in Rebel Without a Pulse

If you’re the kind of person that thinks that zombies get a bad rap, then maybe you’d rather be in control of one. Stubbs the Zombie in Rebel Without a Pulse is a game that was initially released in 2005, but got a bit of a refresh in 2021 thanks to a re-release.

It’s a game in which you take control of the titular character and then roam around a fictional city that’s meant to be wholesome and welcoming, but you’re going to go ahead and wreak havoc there and turn everyone in to a zombie instead. 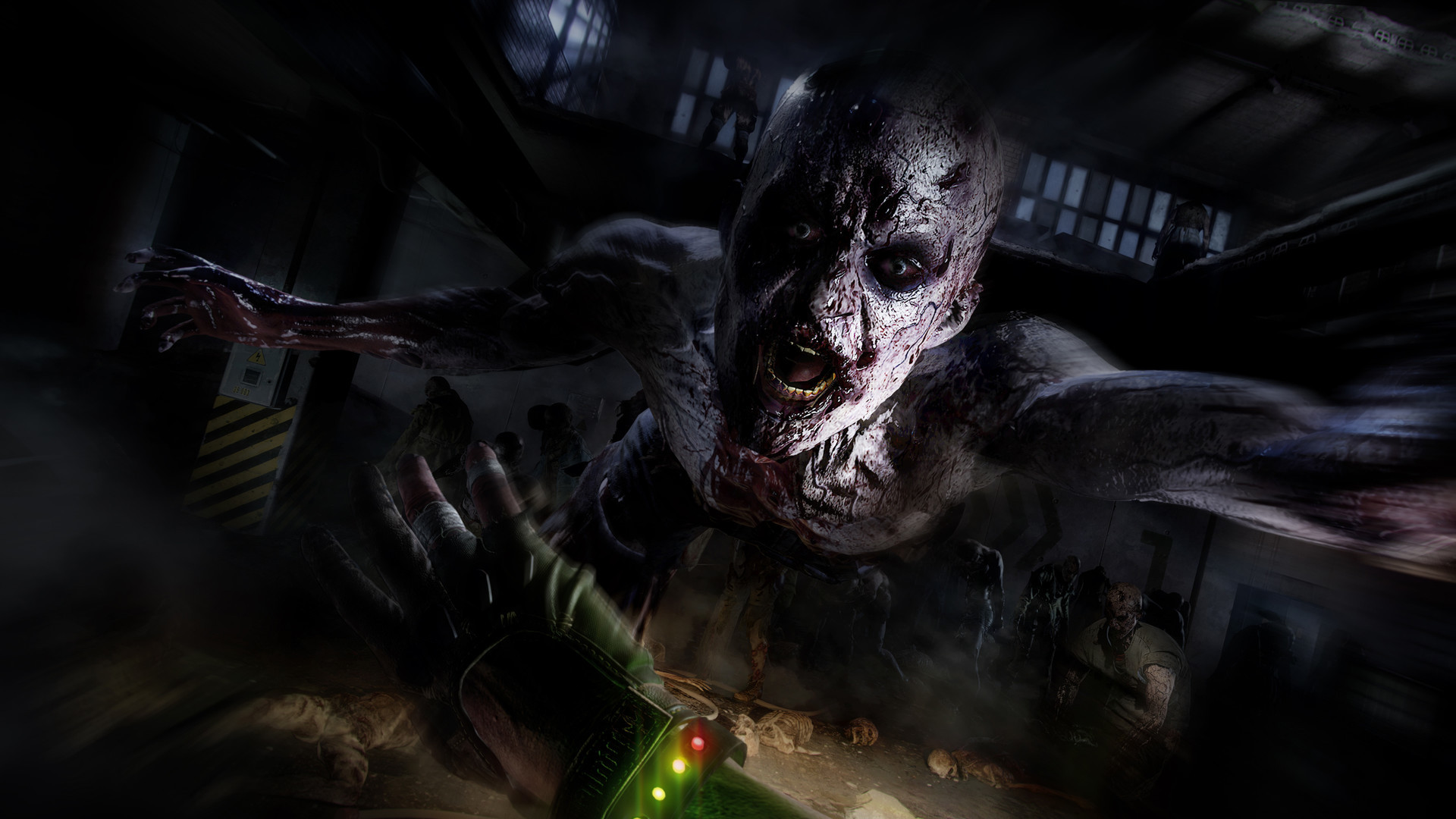 Dying Light 2 has just been released and has some mixed reviews, but while the writing and story may not be the best, nobody disagrees about the core gameplay being fun. The constant updates that the game is due to receive are sure to help address some of the issues and keep the content itself evolving regularly, and we think that’s worth noting. Of course, if you’re not feeling like taking a bet on this one, then we’d recommend the original Dying Light instead.

So there you have it, our list to the best Xbox zombie games in full. If you’re looking for something a bit more shocking, make sure to check out our list of the best Xbox horror games – you’ll find something there to quicken your pulse, we’re sure.

Alternatively, if you’re looking for a time sink check out our list of the best Xbox Series X games – there’s some absolute corkers on there.