Are you gearing up for a Halloween spent with a controller in your hand? It’s cold out and it’s the spookiest time of the year, so all you really need is a list of the best Xbox horror games you can play on your Xbox Series console. Every game on this list will work on both the Xbox Series X|S and the Xbox One, so you’re spoilt for choice if you’re looking to get your spook.

This list of the best Xbox horror games contain some new games, but there are some absolute classics on here thanks to Xbox’s killer backwards compatibility. A true horror game never really dies, so be open-minded if you’re looking for something different to play.

Of course, you can enjoy our list of horror games all year round, but there’s no better time than October, when the nights are dark and… well, there’s a ton of snacks around. So, without further ado, get some snacks, get a duvet to hide behind, and let’s dive into our list of the best Xbox horror games. 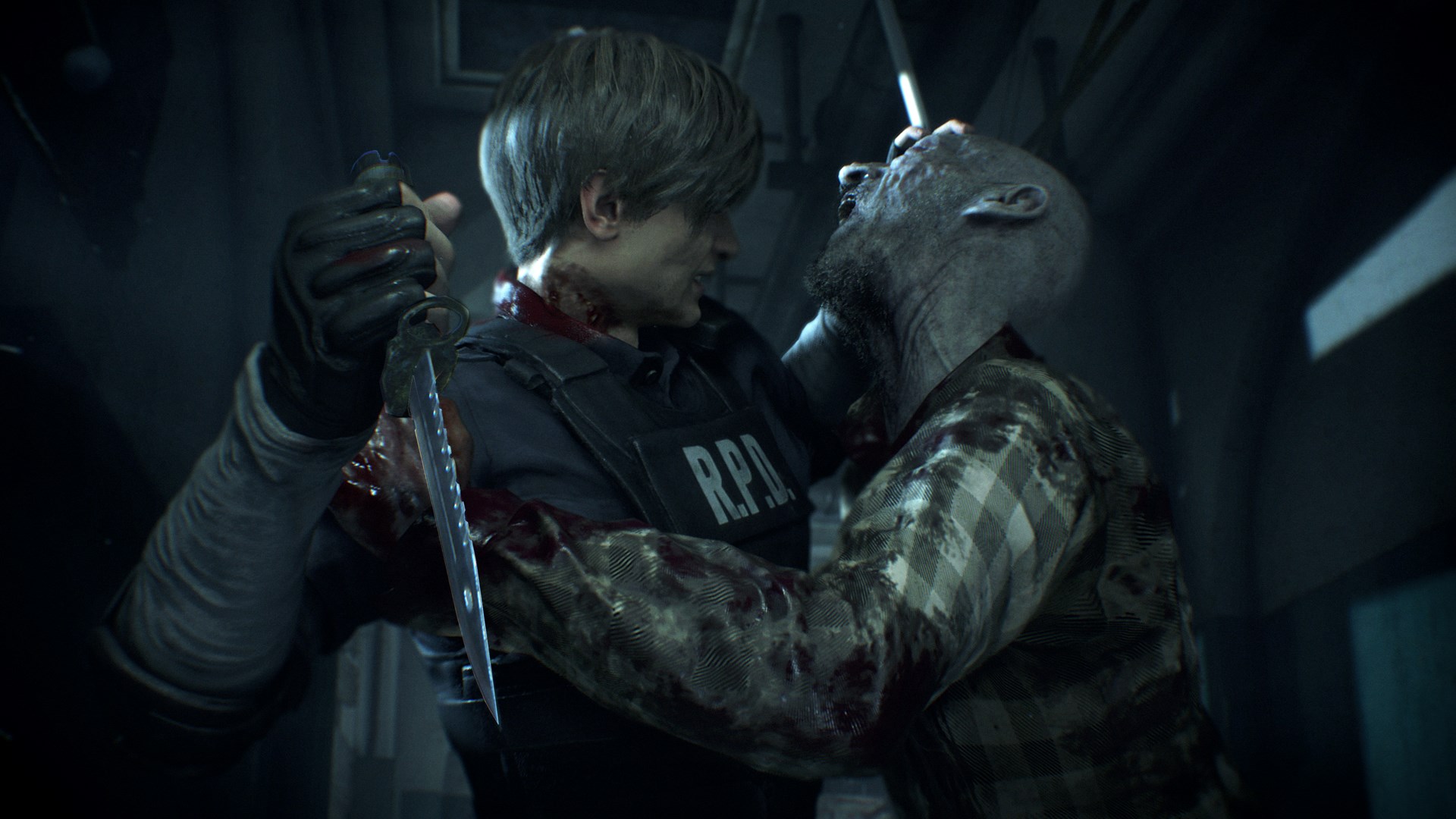 Capcom has been on a run of fantastic Resident Evil games recently, and if you ignore the slightly subpar Resident Evil 3 remake, it’s really the players choice about which one you would rather play.

Resident Evil 7 and Village are both worth your time, but for the perfect mix of action, horror, and desperately hoarding supplies, you can’t do better than the Resident Evil 2 remake: the zombies here feel relentless and after a while you realise instead of beating them back, your best bet is just to avoid them.

Then the game introduces Mr X, a trench coat-clad Tyrant that you can’t easily avoid and you can’t kill. This turns the game on its head, as you’re pushed onto the back foot, desperately fighting to survive in the most puzzle-filled police station of all time. 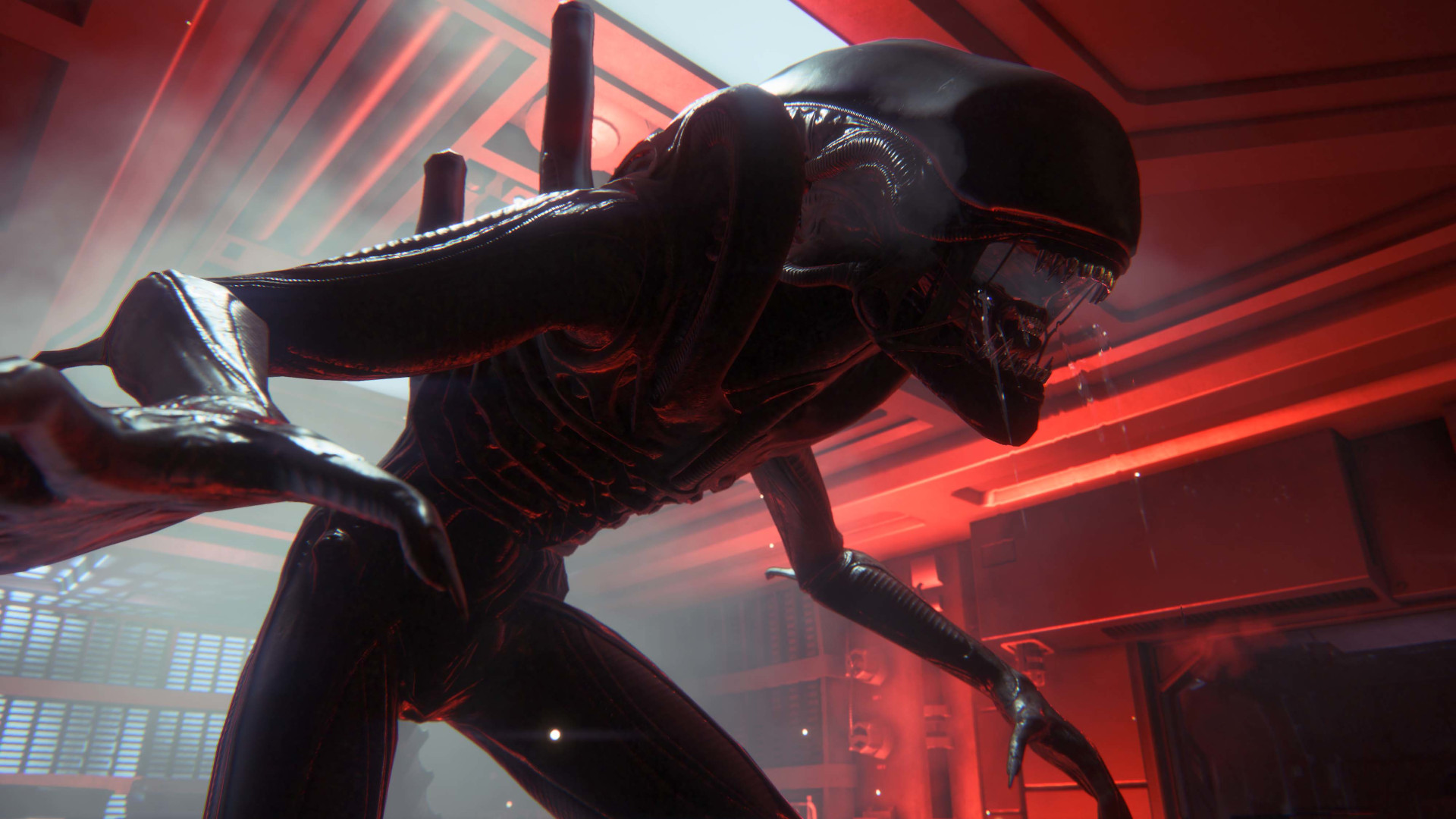 Despite the 2014 release date, Alien Isolation feels every bit the modern horror, as a Xenomorph hunts you relentlessly through a doomed space station.

Alien Isolation works on two fronts: outside of a couple of issues with pacing, it’s basically the perfect Xbox horror game. Whether you’re brawling with scrappy androids or hiding from the game’s titular Alien, you never feel safe.

It’s also a perfect Alien game: the beeps and whirrs of the 80’s envisioned future tech are all present and correct, and it really feels like you’re exploring that world. Then, suddenly, before you remember that you’re being hunted by something smarter and stronger than you, the Xenomorph’s drooling mouth fills the screen. 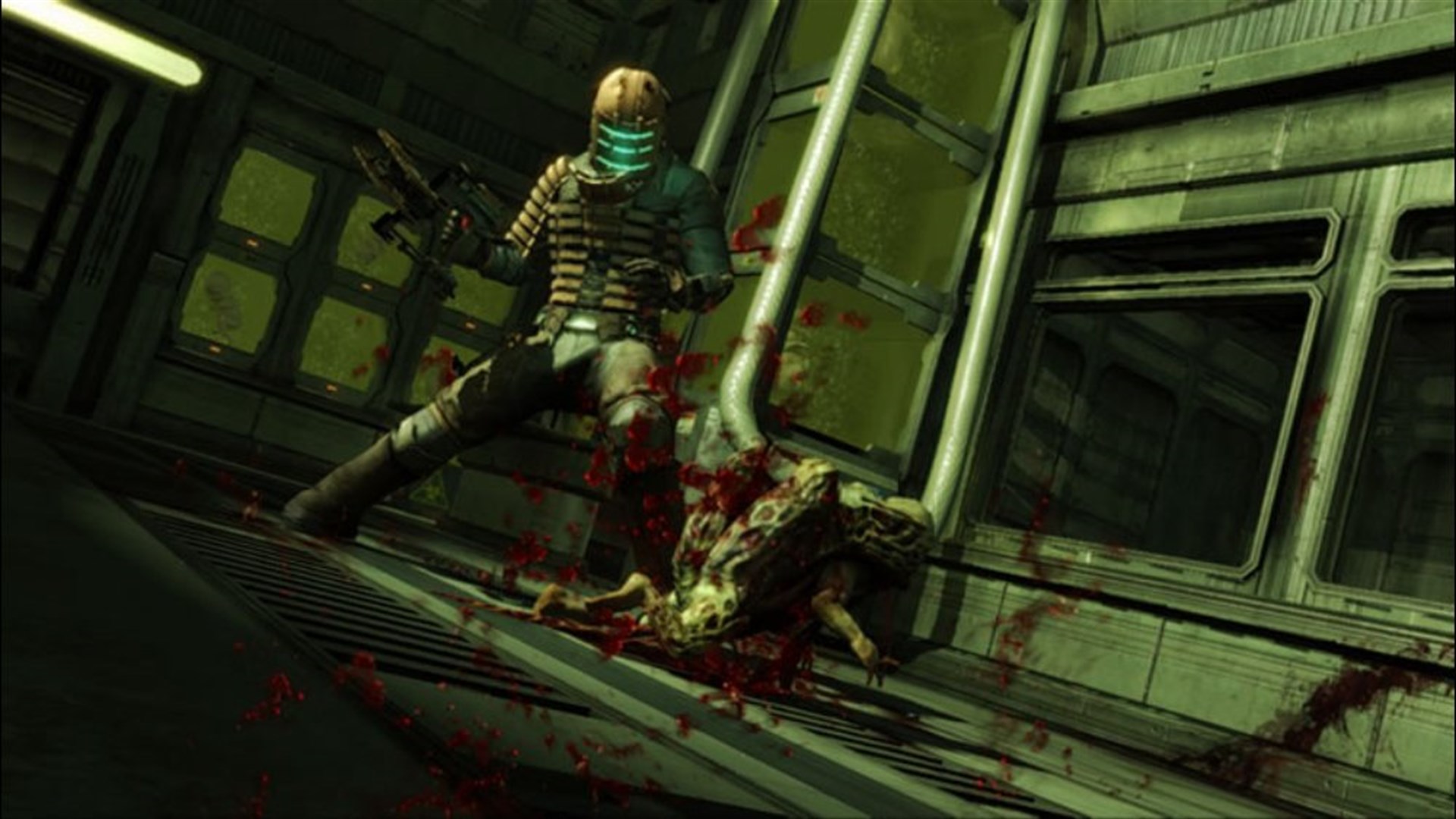 Dead Space, meanwhile, takes its horror cues from a different space-based scare ’em up. This horror owes a debt to Event Horizon. If the Xenomorph moved on Isaac Clarke, the tough as nails protagonist of Dead Space, he’d tear the xenomorph apart with a laser cutter.

Clarke’s default weapon is a yep, you guessed it, a white-hot laser that can dismember enemies with ease, while the armoured suit Clarke wears can protect him from most mundane hazards. As a result, the enemies have to be even nastier: the Necromorphs are dead bodies with flesh twisted into blades and other weapons, and they are terrifying.

You can play Dead Space as an action game, and you should, because it’s the only way to put the grotesque horrors out of your mind and rescue your wife. This is currently being remade, but for now the original is well worth your time. 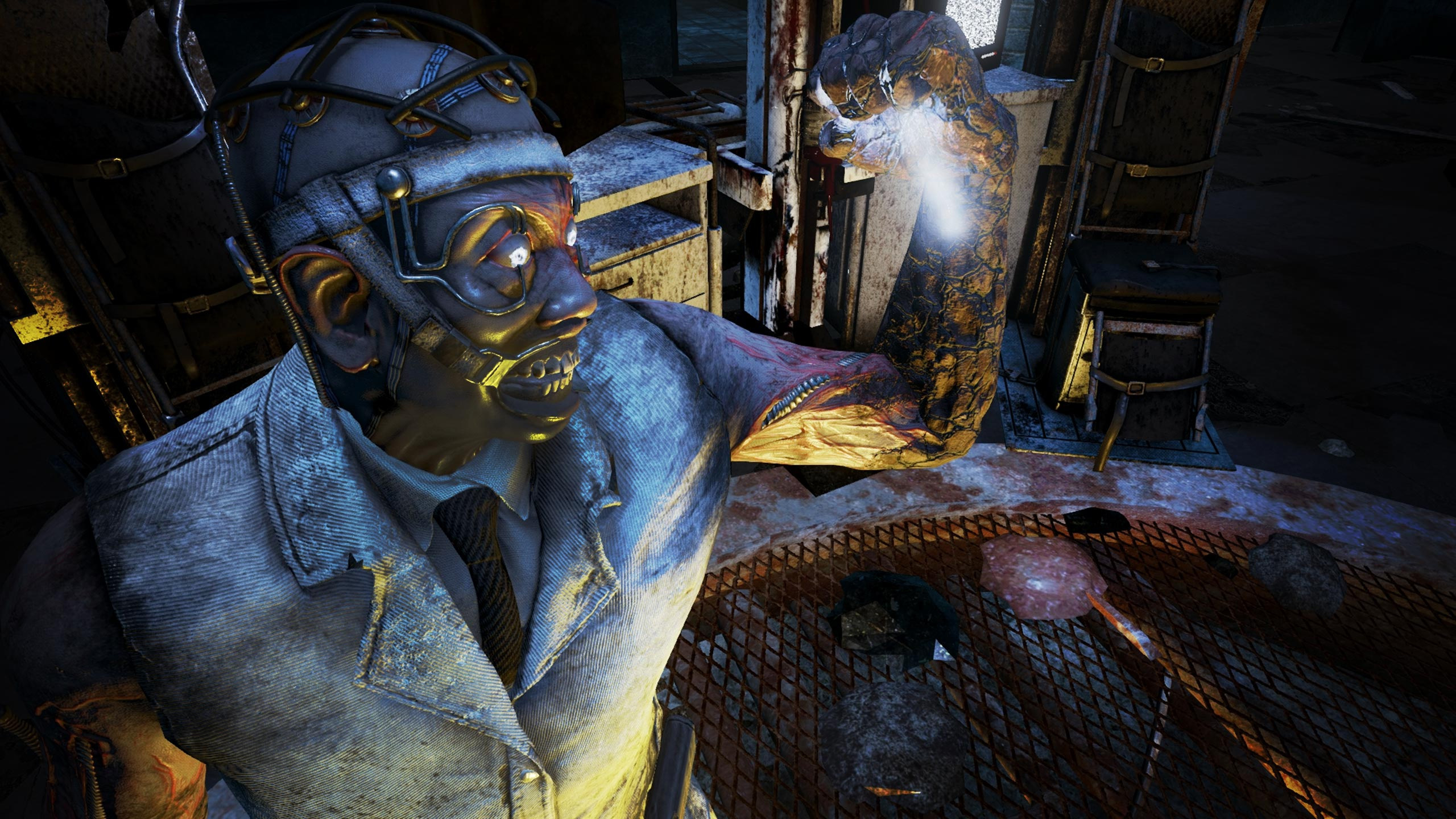 The only multiplayer game on the list, and also the only one that will let you hunt down Leon Kennedy while playing as Ghostface from the Scream series, Dead By Daylight might sound like a horror-themed Fortnite, but it’s one of the best ways to get your jump scares.

It’s also the only game on the list that lets you be the terror. Whether you’re one of the four survivors desperately trying to escape or the killer running around trying to take them out, it’s compelling stuff.

Plus, anyone worth their salt in the horror world is wedged into the game, with the only notable omission being Jason from Friday the 13th, who vanished off to play his own game. Freddie, Ghostface, Mike Myers, Ash Williams, Leon Kennedy, Pyramid Head, Jigsaw… they’re all in here, and they all feel brilliant.

This is a must for horror fans. 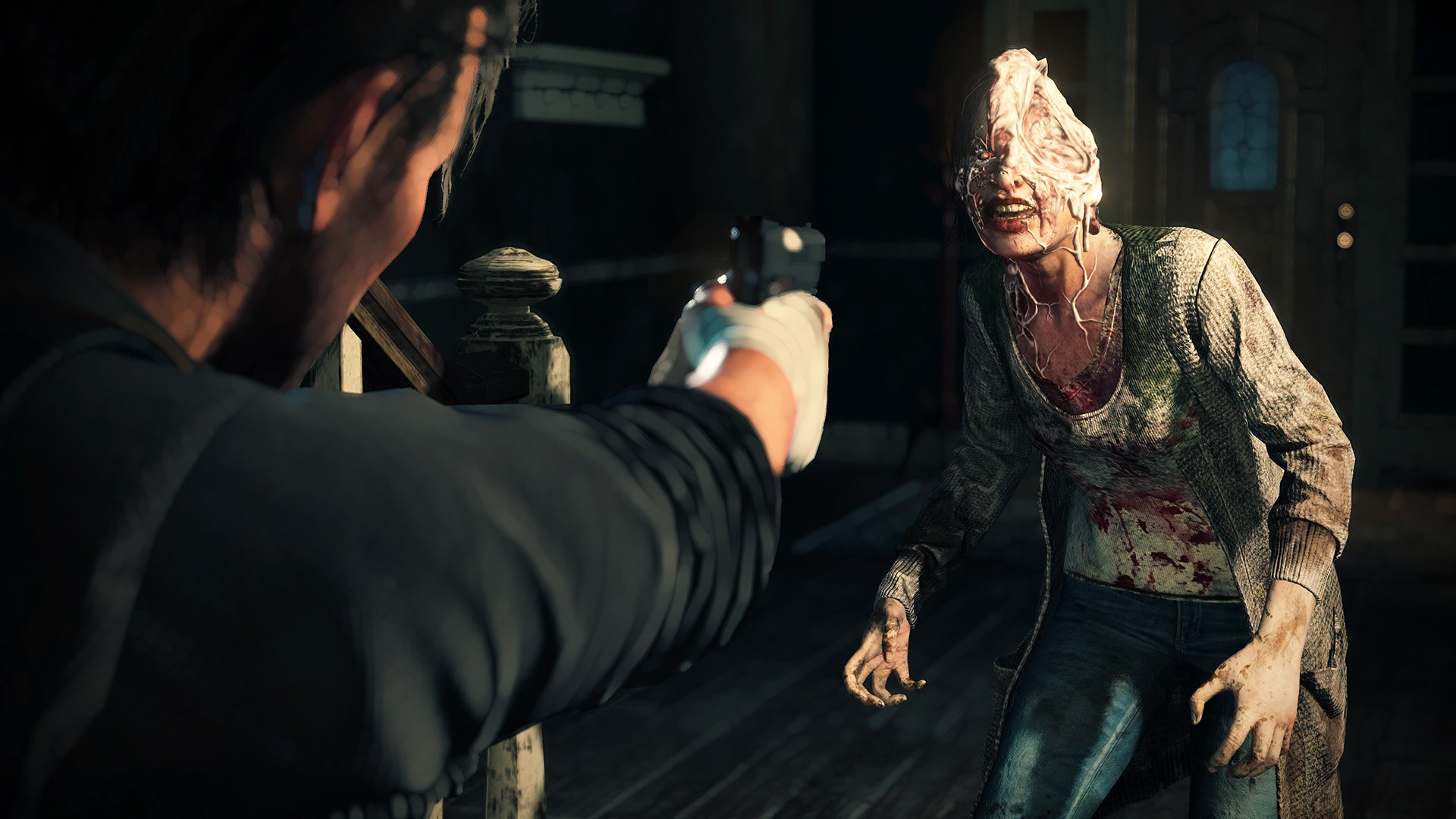 Courtesy of horror master Shinji Mikami, who was a key part of Resident Evil’s success and the director on Resident Evil 4, we have The Evil Within 2, a classic creature-feature of a horror that has you adventuring into someone’s mind to try and rescue his daughter.

As a result, we have a game that blends its horror with a good dollop of Christopher Nolan’s Inception. The Evil Within 2 feels like the Resident Evil games of old, with a good mix of scares, blasting, and twisted architecture.

As the game rolls on and the fictional town of Union – a US town located inside someone’s mind – starts to unravel along with the mind holding it, things get really wild, and it quickly becomes one of the more bizarre gaming experiences you can have on your Xbox.