With an extensive arsenal of weapons, variety is the spice of life in Call of Duty Warzone. There are dozens of viable options for storming Caldera and Rebirth Island, but only a handful can be labelled as one of the best Warzone guns.

From SMGs that shred at close range, to laser beam assault rifles, and head-popping sniper rifles, the battle royale is dominated by a handful of weapons. If you’re not using one of our best Warzone guns in your loadout, then you’re seriously hampering your chances of a glorious victory.

Warzone Pacific Season 1  has just introduced dozens of Vanguard weapons into Warzone’s extensive arsenal, some of which give the OP guns from Modern Warfare and Black Ops Cold War a run for their money. The Warzone meta is slowly starting to settle down as players experiment with these Vanguard guns, and this list looks considerably different to how it did at the end of the Cold War era of Warzone.

But what is the best Warzone gun right now? Read on to find out which ones you should be using in your loadouts.

Here are the best Warzone guns in Warzone Pacific Season 1: 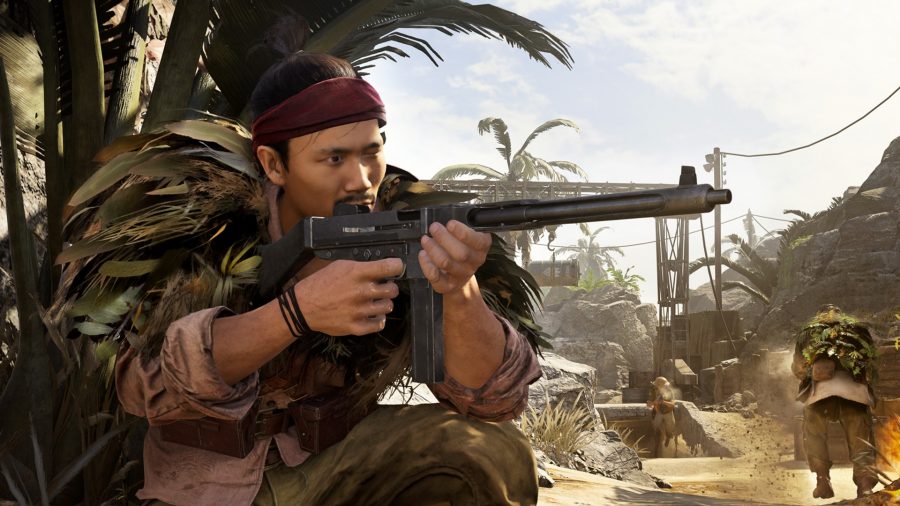 A Vanguard gun that’s got everyone talking in Warzone Pacific is the Cooper Carbine. Following heavy nerfs to everyone’s extremely popular Automaton Warzone loadouts, the Cooper Carbine has taken its place as the game’s best low recoil laser beam.

To find out the best build, check out our Cooper Carbine Warzone loadout guide.

Black Ops Cold War’s C58 is seeing a resurgence in Warzone Pacific Season 1. While nowhere near as easy to use or popular as ARs like the STG44 or Automaton, the C58’s overall K/D ratio is the highest for an assault rifle right now.

Our C58 Warzone loadout guide has all the info you need to create a powerful class yourself. 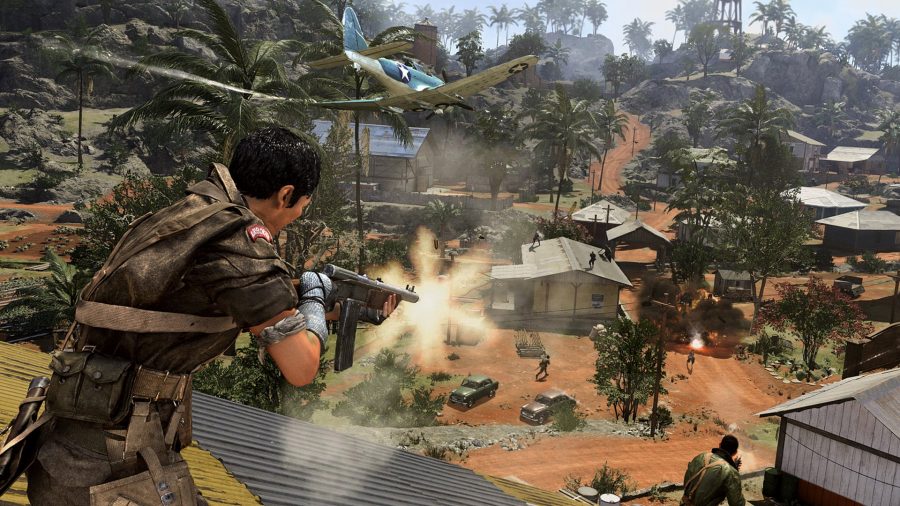 Vanguard’s most popular weapon in its opening weeks was the STG44. This was partly because it was unlocked very early, but it was also down to several OP attachments like the Vital weapon perk.

And would you look at that – the STG44, especially when using that Vital perk, is a lethal weapon in Warzone Pacific too. We humbly believe our STG44 Warzone loadout is one of the best out there right now, so it’s in your best interest to go and take a look.

Warzone wouldn’t be Warzone without a busted LMG, and the Bren is Vanguard’s contribution to this ongoing trend. While it doesn’t sport the traditional, enormous magazine you find on most LMGs, it packs one of the heaviest punches in Warzone Pacific Season 1.

Our Bren Warzone loadout guide will show you how best to set the gun up so that you can completely melt your opponents. And yes, it’s still a monster even after its recent nerf.

If you love sniping in Warzone, there was always only one weapon you could turn to – the Modern Warfare Kar98k. With the ability to be built out as a traditional long-range sniper, but also a quick-scoping beast with fast ADS times and fire rate, it was the most popular, and best, sniper in the game. Fact.

However, past updates and sniper scope changes have made the Swiss K31 the Black Ops Cold War equivalent to the Kar98k, and both of these snipers are very similar to play with. Both are absolute beasts, even with the addition of Vanguard’s sniper rifles.

It may come down to preference, or which one you have levelled up the most so far, but here are the best builds for your Swiss K31 Warzone loadout and Kar98k Warzone loadout. 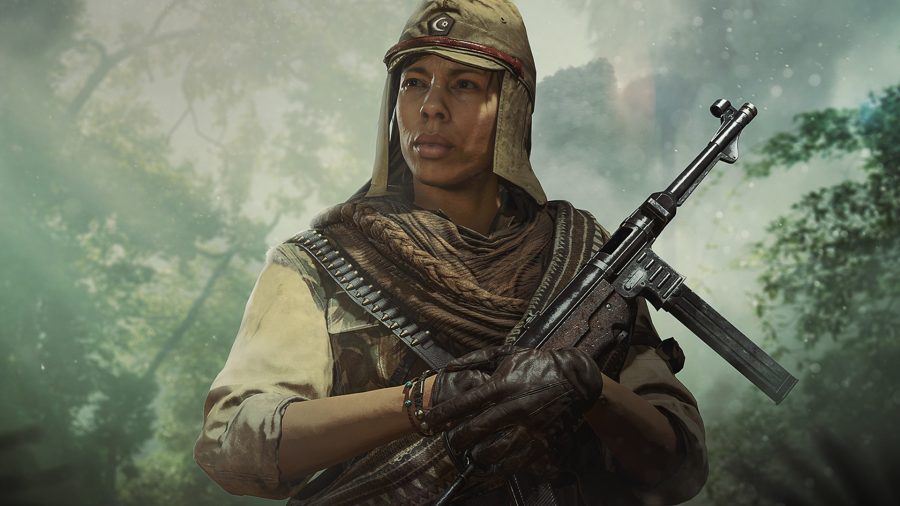 The MP40, at the time of writing, is the most popular weapon in Warzone Pacific Season 1. Thanks to its incredible versatility, this SMG can be built into a close-range shredder, a mid-range beamer, or an all-rounder that is perfect as a sniper support.

Our favourite build can be found in our MP40 Warzone loadout guide, but scour the web and you’re guaranteed to find several class setup suggestions for any playstyle.

Warzone’s newest weapon also looks to be one of its strongest. The Welgun is a deadly close-range SMG that boasts one of the quickest time to kill stats of any weapon in its class. 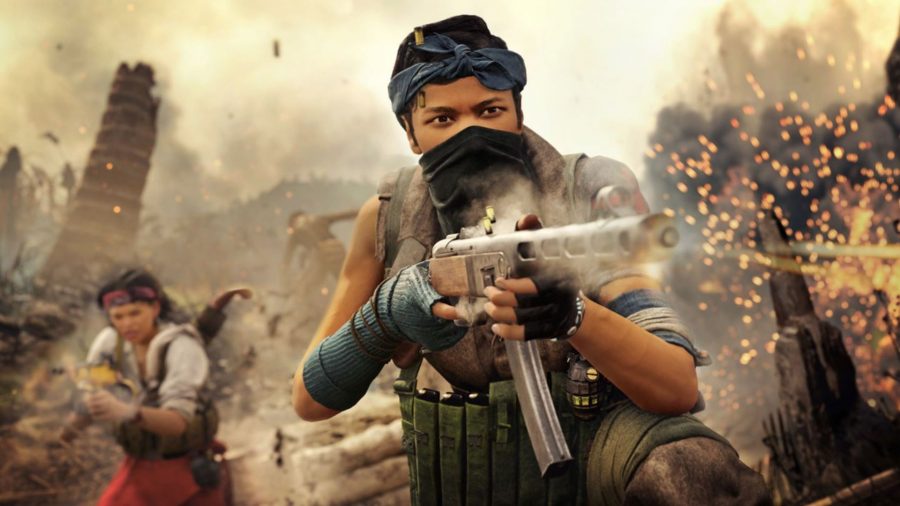 If you loved using the MAC-10 as a high fire rate, close-range shredder in previous systems, then you’ll love the Vanguard PPSh-41. With a large magazine and a rapid rate of fire, enemies can be deleted in a blink if you land all your shots.

Our PPSh-41 Warzone loadout guide will show you how to best set up this savage SMG.

By the end of the Verdansk era of Warzone, the OTs 9 was the most popular and lethal SMG by a long shot. Warzone Pacific’s Vanguard SMG lineup is extensive, but the OTs 9 is still one of the best in its class.

With great damage output and fire rate, and decent range to go with it, you’ll want to start running an OTs 9 Warzone loadout ASAP.

That’s it for our rundown of the best Warzone guns that are dominating the Warzone meta right now.

Keep checking in with this list, as Raven Software is regularly pushing out weapon tuning updates that are nerfing popular guns and buffing long-forgotten ones. Of course, with the Vanguard integration, we’ll also start to see players discover broken builds for some of the WW2 guns too.