With a longer time-to-kill and increased player health, Warzone’s new mode, Iron Trials, is really putting people’s gunplay to the test. This competitive mode is designed to be an evolution from the standard battle royale and it’s shaking up the Warzone meta as we know it.

That’s because some of the best Warzone guns are failing to cut it in this skilled arena and it’s forcing players to think more creatively about their Iron Trials loadouts. Sniper rifles are out, unless you can use them accurately in close quarters combat, and guns with a high fire rate and high damage rate are in.

You can play Iron Trials how you like – after all it is the ultimate proving ground – but given the Iron Trials meta is developing, a few fan favourite weapons are starting to emerge. If you’re looking for the best Iron Trials loadouts to see you through your next match, read on for our recommendations.

Here are the best Iron Trial loadout drops from guns and attachments, to equipment and perks: 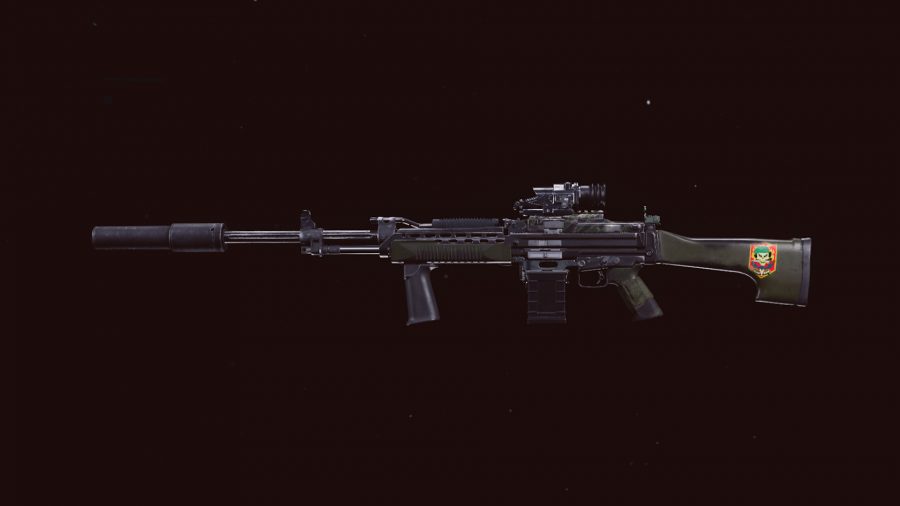 The Stoner 63 is probably the best LMG in the game as it boasts an incredible damage rate, even at range. The increased magazine capacity is a plus, given the mode’s longer TTK, as is the gun’s fire rate. Check out our Stoner 63 loadout below for more details on how we’ve set it up.

When set up correctly, the Bullfrog is an absolute beast in close quarters. The right attachments, all of which are listed in our Bullfrog Warzone loadout, help keep the gun stable when you’re blasting through a mag.

In short, this is a brilliant Iron Trials loadout for long range, especially if you prefer to loot in open areas. 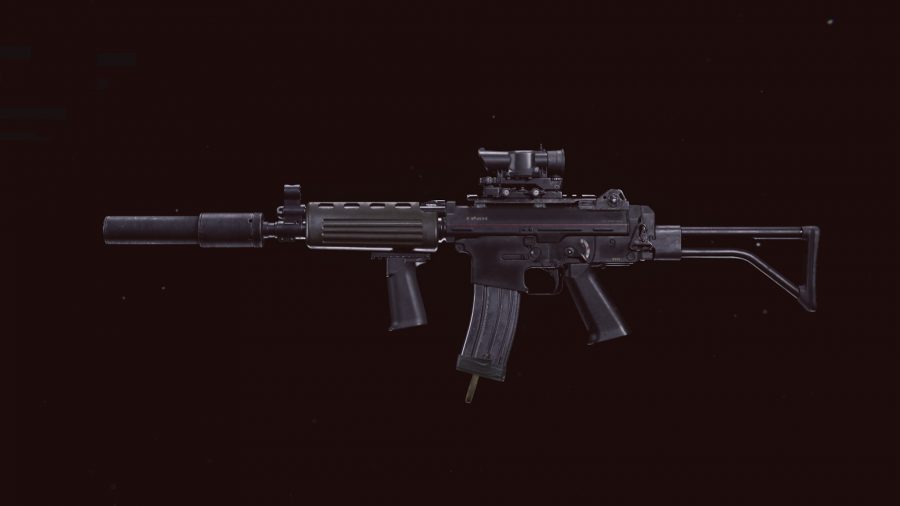 The Krig 6 is still one of the best assault rifles in the game, helped by its controllable recoil pattern and high damage rate. This Krig 6 Warzone loadout below, which has been tailored for Iron Trials, is designed to damage your opponents as much as possible. It’s not as mobile as standard Warzone builds, but the attachments make up for that in multiple other ways.

If you’re an aggressive player who wants to use a perk like Ghost, you can’t go wrong with picking the Akimbo Sykovs as your pistol choice. These fully-automatic pistols are deadly up close, and, given the fact they both pack 80-round drum mags, you have a whole lot of ammo at your disposal.

This is a great option for a second loadout if you want to switch to Ghost from Overkill. It’s also a good option if you prefer to keep things simple with a well balanced set up. 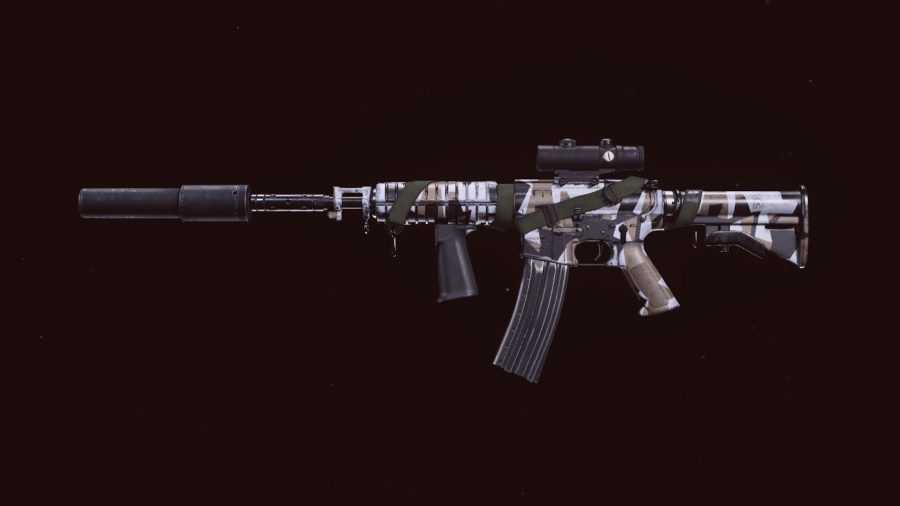 The XM4 is one of the best assault rifles for Iron Trials. This setup is a bit different from our normal XM4 Warzone loadout and that’s because it prioritises accuracy, damage, and range at the cost of mobility to counter the increased health of opponents. Here’s how we’ve set it up:

The PPSH is one of the best weapons in Iron Trials to put a dent in your opponent’s health. It’s also an SMG with good mobility, making it easy for you to zip in and out of buildings in pursuit of enemies. Here’s how we’ve set it up:

This is an interesting loadout that you probably wouldn’t use in regular Warzone lobbies, but the two guns perfectly compliment each other and they both pack the perfect punch for Iron Trials. 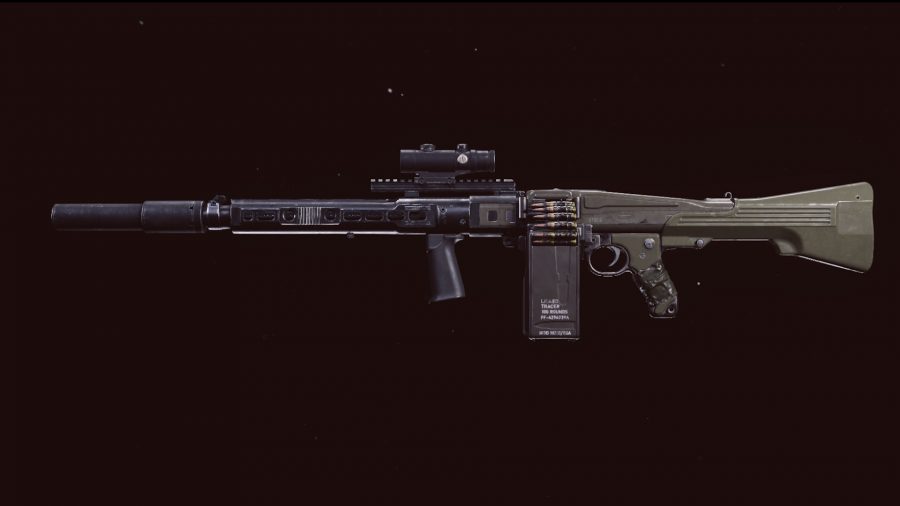 The MG 82 has one of the biggest magazine sizes in the game, so naturally it’s made its way onto our best Iron Trials loadout list. Since it has a good default mag size, this loadout has focused on increasing its accuracy, damage, range, and control, making it a beast at long and mid range.

The Milano dominated the Warzone meta for a long time and we expect it to do the same in Iron Trials. With a high damage and fire rate, this nifty little SMG – which boosts your mobility stats – is a decent secondary for those tight encounters. It’s similar to our best Milano Warzone loadout, which you can see below.

This loadout combines the biggest and smallest weapons in the games for a neat little package that’ll ensure you can take fights at all ranges.

Since Iron Trials has tweaked the standard battle royale ruleset and increased the time to kill, you’ll want to reconsider what perks and equipment you take into battle.

For your Iron Trial Perks, we’d recommend Quick Fix, Overkill, and Amped, since Quick Fix will help you regenerate health after killing an enemy and Amped will increase your weapon swap speed. Overkill is the best second perk here as it’ll allow you to get creative with your loadout, but you might want to design a second loadout with Ghost in mind.

For your Iron Trials equipment, it isn’t as prescriptive. Stuns, Heartbeat Sensors, and Stims are all good options, but given health regeneration speed has been slashed, we’d recommend carrying Stims.

In the lethal department, Thermites are probably your best bet as they output a large amount of damage and last longer than most options.

There you have it, the rundown of the best Iron Trials loadouts out there. As the meta develops and players try out new builds, we’ll be sure to update this guide. For now though, make sure you’re up to speed with the Iron Trials rules to increase your chances of earning that sweet calling card.