Call of Duty: Warzone’s Stoner 63 joins a long old list of ridiculously overpowered LMGs. You all remember the Bruen right? God that thing was terrifying in its prime. And Season 4’s MG 82? That could melt players in an instant.

Well, the Stoner 63 might not be quite as overpowered as some of its predecessors, but this Black Ops Cold War LMG really packs a punch in Season 5. It delivers everything you could ever want in an LMG – lots of damage and bullets, essentially – and is currently the most popular LMG to use among Warzone players.

Since its release, the Stoner has found itself up against a couple of new rivals in the LMG department, and has undergone a few buffs and nerfs along the way. As such many are wondering how to set the gun up this season. Well, don’t you worry – we’re on hand to bring you the very best Stoner 63 loadout that will help you fry enemies at pretty much any range you fancy.

Here’s our pick for the best Stoner 63 loadout in Warzone Season 5.

These attachments turn the Stoner 63 into exactly what you want it to be in Warzone – a long-range turret that can beam enemies at far distances. Let’s be honest, if you want to run and gun, it’s not an LMG you want to put in your loadout, is it?

The Agency Suppressor and Task Force barrel boost your damage range and bullet velocity, and the Field Agent Grip helps with recoil control. The 120 Rnd Mag means that you can dispatch entire teams with bullets to spare. It also means you won’t get caught out reloading, which takes a while on any of Warzone’s LMGs. 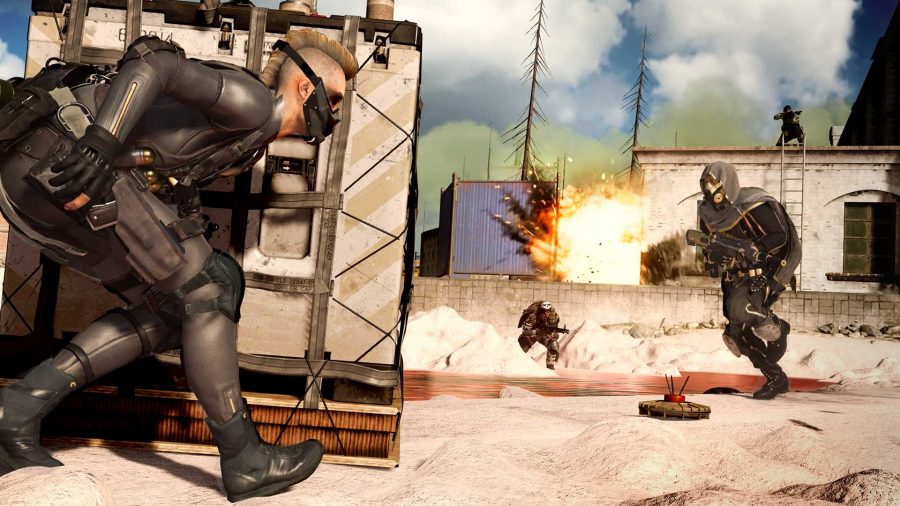 Because this Stoner 63 Warzone class has low mobility, you’ll need something a bit more spritely for those close quarters battles. We’d recommend one of the builds in either our MAC-10 Warzone loadout or MP5 Warzone loadout guides.

For your perks, Double Time, Overkill, and Amped are what you’re looking for.

Double Time increases your sprinting duration, making you more mobile with that heavy old Stoner in hand. Overkill lets you run the Stoner alongside a MAC-10 or and MP5, but if you get a second loadout you should switch this out for Ghost. Finally, Amped also helps with that cumbersome LMG, as it makes your weapon swapping speed much faster.

For your tactical and lethal equipment in this Stoner loadout, a Heartbeat Sensor is a must, while any of Semtex, C4, or Thermite Grenades would work well in the lethal slot.

This Stoner Warzone loadout is an absolute beast, so give it a try and see what you think. While it isn’t necessarily considered to be a top gun in the Warzone meta right now, it certainly packs a punch and is seeing its usage stats increase by the day.