Despite a constantly-evolving meta and stiff competition from the MAC-10, the MP5 remains Call of Duty: Warzone royalty. The SMG is one of the best Warzone guns for its mobility, fire rate, and all-important time to kill.

The MP5 is perfect for close combat and can rip through squads you find camped out in buildings with ease. It’s one of the most well-rounded and adaptable SMGs in Warzone, and can suit players of all playstyle.

When the Call of Duty: Black Ops Cold War weapons were introduced to Warzone in Season One, players were presented with a unique option of having two MP5s to choose from. The recoil patterns and handling of each MP5 is slightly different, and it can take a few games to get used to if you switch loadouts. If you’re not a regular CoD player, it can be difficult to know which MP5 to run with, or which MP5 you picked up in Warzone.

Luckily for you there are a few visual differences you will learn with time. Popular technical Call of Duty YouTuber ‘JGOD’ has a fantastic in-depth analysis of both classes here.

Of course, to get the most out of your MP5 class, you’ll need attachments. We’ve built the best MP5 Warzone loadouts for each MP5 below, so you can head into the Gunsmith and try them out. 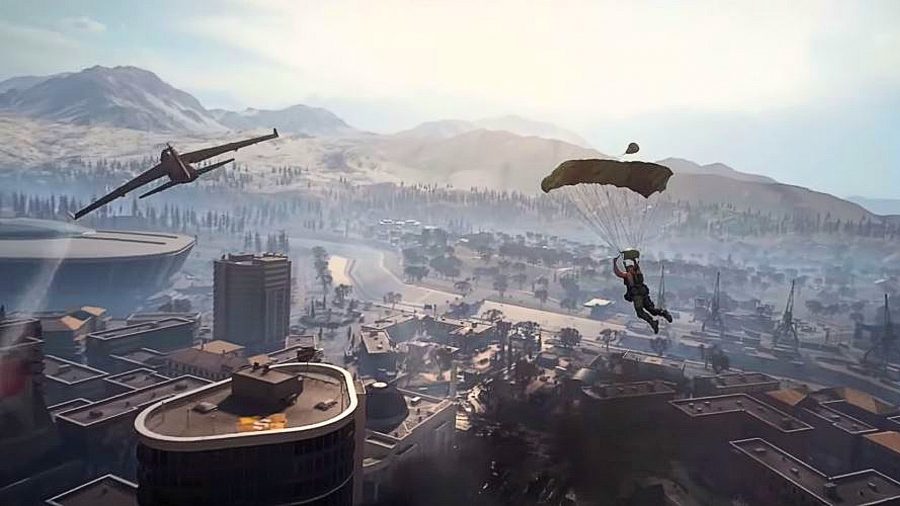 The original Modern Warfare MP5 has 46 attachments and 10 perks, so picking the best can get a little bit confusing.

This is the best MP5 loadout for Warzone using the Modern Warfare gun:

Staying quiet is useful in Verdansk so the Monolithic Integral Suppressor takes care of your sound signature whilst also buffing the MP5’s range. The Merc Foregrip is widely used by streamers and CoD pros as it settles the recoil and improves the hip fire accuracy of the MW MP5.

The FTAC Collapsible stock improves aim speed and movement speed, at the expense of a small amount of recoil, but is still the best stock for the MP5. Extended 45 Round Mags let you shoot more and reload less, whilst the Sleight of Hand perk speeds up reload when you need to.

Sleight of Hand is especially useful in Solos or Duos. but you could switch it out to a 5mW or Tac laser if you’re more of a Trios or Quads player.

The best Cold War MP5 loadout is built with hipfire in mind. Once again, since the Cold War version of the gun comes with a load of attachments, we’ve tried and tested the best to come up with this top notch class.

This is the best MP5 loadout for Warzone using the Cold War gun:

For our loadout, we’ve opted for the Muzzle Brake 9, which takes care of some of the vertical recoil on the Cold War MP5. However this isn’t silenced, so be aware you will appear on the mini map for enemies to see. The 9.5” Ranger barrel increases range, doubling all-important bullet velocity.

The Patrol Grip juices your sprinting movement speed, whilst the Collapsed Stock gives you buffed mobility and sprint to fire time without sacrificing hipfire mobility like No Stock. The 50-round fast mag increases ammo and also buffs reload speed, giving you more control, and the knock to ADS speed is irrelevant in this hipfire build.

The Cold War MP5 surprisingly has a better damage/shot than our best MAC-10 Warzone loadout, but has three less shots in an extended magazine and a slightly lower RPM. This weapon is still seriously fast and the TTK is almost identical.

Looking for a secondary? Pair this with the best Kar98k loadout

Both MP5 Warzone loadouts here trust the iron sights, which are good enough in Warzone that you don’t need to rely on an optic, taking up a precious attachment slot and keeping the ADS speed as high as possible.

Running an MP5 with a shotgun or pistol is our choice for the close-combat Rebirth Island, whilst in Verdansk, we tend to make use of the Overkill perk to use long-range weapons. Check out our best Warzone loadout guide to see how we’ve paired the Cold War MP5 with the M16 tactical rifle.