Call of Duty Warzone has been out a long time and players are spoilt for choice when it comes to throwing a great assault rifle into their best Warzone loadouts. However, as always, there’s one assault rifle dominating the Warzone meta right now and that’s the NZ-41. Whether you’re gunning for kills or collecting cash, we have the best NZ-41 Warzone loadout for you right here.

With a competitive magazine size, damage profile, and a solid fire rate, the comparisons between NZ-41 and some of the best Warzone guns of the past are not misplaced. This gun is a beast in Vanguard’s multiplayer mode and it’s just as effective, if not moreso, in the Call of Duty battle royale. So, yeah… This NZ-41 Warzone loadout is going to be worth putting together.

‘Marathon‘, a content creator with a knack for finding the best Warzone weapon builds, has thrown together something for the NZ-41 that we reckon is the best you’re going to get right now. So, without further ado, here’s the best NZ-41 Warzone loadout available:

The MX Silencer is really a no-brainer when it comes to the NZ-41. It does slow down ADS speed, but it adds damage range, recoil control for both axis, and that all-important sound suppression. Then, interestingly, you’re going to want the LOR Mk1 Burst barrel attachment – but, you don’t want to use the burst fire mode. This attachment increases the weapon’s damage range even further, and boosts accuracy, helping it hit hard at any distance.

Finally, to take advantage of all this increased accuracy, you’re going to want to equip the SVT-40 PU Scope and the 6.5mm Sakura 50 Round Mags. 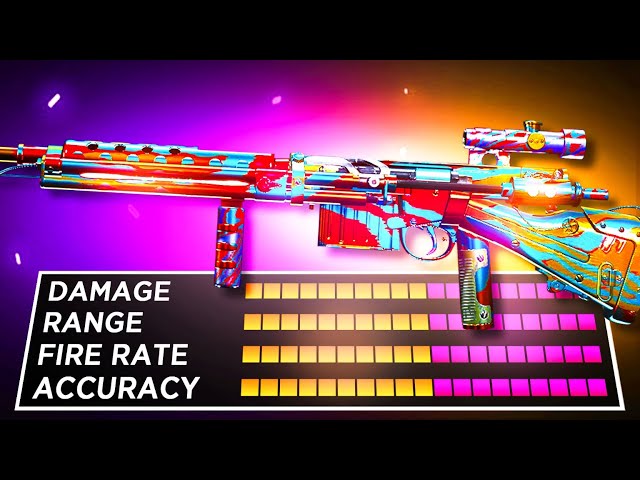 With this weapon being a long-range build, you’re going to want to check out a fast-firing SMG to accompany it.

This class is going to be a beast, but you need to finish it off with some perks – and a grenade or two, right?

With this in mind, you’re going to want to run Serpentine, Overkill, and Combat Scout. We also recommend Throwing Knives or Semtex for your lethal slot and Stun Grenades for your tactical slot.

If you’re looking for something that’s going to kick ass, we’ve got you covered with this epic assault rifle. We just hope that it’s going to stay that way after Raven Software’s next weapon balancing sweep.