The Milano 821 submachine gun was one of the most ignored and least used weapons to be added into Call of Duty: Warzone with the Black Ops Cold War integration. However, in Season 4, it’s turning out to be one of the best Warzone guns and is finding a place in more and more players’ loadouts.

But how did this come to be? Well, at the start of Season 4, Warzone developer Raven Software gave the forgotten SMG a massive buff, cranking up its damage stats considerably. While its slow rate of fire for an SMG means that at super close range the likes of the MP5 or the MAC-10 are still king, it quickly became a great mid-range – and in some cases, long-range – option. Yep, an SMG shooting like an AR, crazy right?

Very few weapons have seen such a drastic change in fortunes as the Milano, and with pros and streamers using it more often in tournaments and content, players want to know what the best possible Milano class is in Warzone.

And that’s why we’re here, to bring you not one, but two overpowered Milano loadouts for Warzone Season 4.

The Milano has a lot of competition in the close-range Warzone meta, but this build is still a viable option. While attachments like the Task Force barrel will knock your stability, boosts to movement speed, bullet velocity, and range make this a properly deadly SMG.

If you aren’t a fan of the Milano’s standard iron sights, you could also pop a Microflex LED optic on in place of the Tiger Team Spotlight. 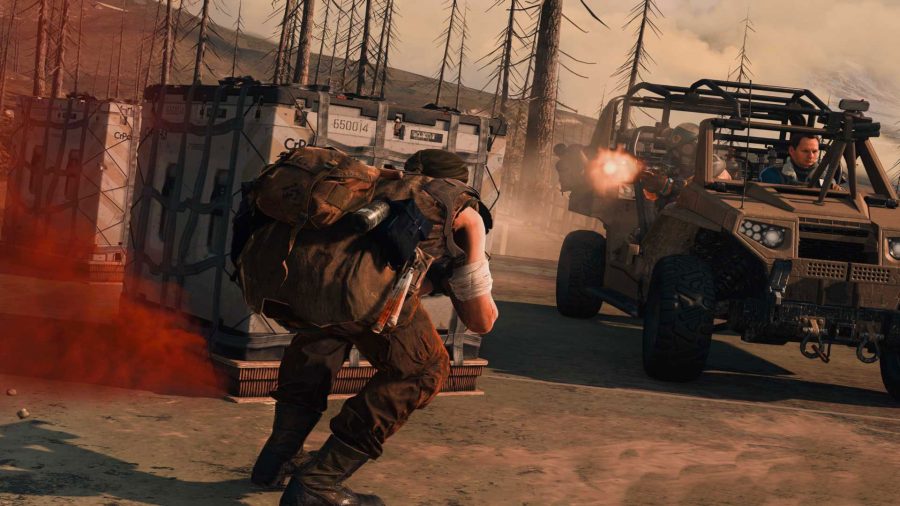 To make this a truly great loadout, we suggest marrying your Milano with a long-range AR. Check out our Krig Warzone loadout and FARA Warzone loadout guides for some potential options in that department.

For perks, go for the standard trio of Double Time, Overkill, and Amped (although E.O.D. could also be a viable pick for that Perk 1 slot). A Heartbeat Sensor and Semtx will be a good pairing for your equipment.

In what might be the only instance you’ll ever want a 3x scope on an SMG, this Milano class actually rivals some of the game’s best assault rifles in terms of time to kill stats and accuracy.

While this could be run as the ‘main AR’ in a loadout, with another SMG beside it as a close-range option, we think this build (which comes courtesy of YouTuber ‘JGOD’) is best used as a sniper support. That means using it in your Kar98k Warzone loadout, or whichever sniper you prefer.

For perks and equipment, you’ll probably want the same lineup as listed above, but if you’re running a sniper class then Stun Grenades are always a good alternative to a Heartbeat Sensor in that tactical slot.

So there you have it, the Milano – an SMG that can be built like an assault rifle. Oh the joys of Warzone’s attachment system.