If you’ve been playing Call of Duty: Warzone recently, you’ll have seen a new monster running the streets: the CR-56 AMAX has become the go-to weapon for Verdansk or Rebirth Island, with the meta-beating blaster constantly making its presence felt and usurping the Grau 5.56 as the weapon to beat in the Warzone.

As the proverb says — if you can’t beat them, you join them. So, rather than worrying about how you might get one over on the guy that’s gunning you down with the AMAX as you enter the final circle every single time, let’s start thinking positive and show you the AMAX loadouts you could use to take down everyone else in your lobby and get you more battle royale-winning helicopter rides.

Trust me, you and your mates are going to be able to use this guide to turn yourselves into Verdansk’s most wanted, turn your established strategies on their head, and get a few sick clips to show off on social media. Let’s get started.

Out of the box, the AMAX’s biggest strength is its damage, with high damage and a great headshot multiplier meaning this gun tears through enemies when you’ve got used to its kick.

The CR-56 AMAX struggles with bullet velocity, making it difficult to hit long-range targets. This, along with the fact it has a higher kick than most other ARs in the game, is the big weakness you’re looking to solve. This build neatly buffs the weapon with Warzone in mind, giving it better long-range effectiveness, evening out the recoil and giving yourself a beefier magazine. This will help you in both the longer range engagements traditional to Warzone but also ensure you can keep fighting for longer. 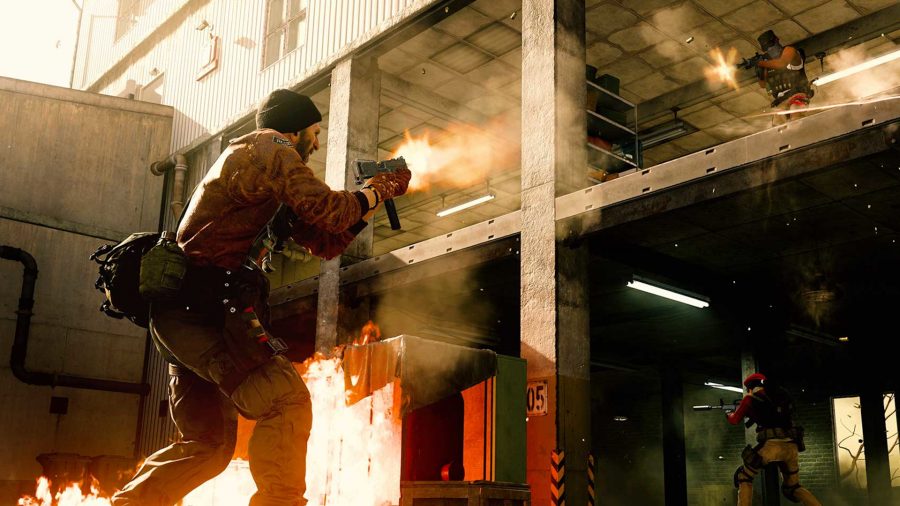 If you absolutely can’t play with iron sights, the VLK 3.0x Optic gives you great vision and additional range, and you should slot it in place of the grip tape. This means controlling the weapon will be a little tougher, so bear this in mind.

As for your secondary, Akimbo Renetti’s will give you a better chance at close range, letting you chew people up. Eventually, you’ll want to get a short-range option from another loadout drop (we’d recommend choosing something from our best MAC-10 loadouts or our best FFAR 1 loadouts) that you’re confident at using at close range.

Then we get to equipment, which should always be a pairing of the heartbeat sensor — a quick way to check for careless enemies as you approach buildings — while the C4 offers more control than a usual grenade, letting you detonate it immediately for damage as you charge into a fight, or set an ambush that’ll throw enemies off of their game.

Perks can be a little more complicated, but unless you have a strong reason to go for anything else, the meta-favoured combination is Cold Blooded to dodge thermal vision, Ghost for hiding you from heartbeat sensors and UAVs, while Tracker lets you see enemy footsteps.

So there you have it, that’s our best CR-56 AMAX loadout. If you’re looking for more options, make sure you check out the best Warzone guns guide, as well as some of our favourites from the NICKMERCS Warzone loadouts guide.