Open world games, while not a genre in and of itself, is a popular concept where players can explore a game freely, completing objectives with fluidity rather than by a more structured approach found in other games.

The PS5 is no stranger to this concept of gaming and there are a whole host of open world games to choose from. For our list, we’ve picked the best PS5 open world games that are definitely worth playing, whether you’re looking to get to grips with the open world or even if you’ve already found others you love to play and are looking for more.

There’s a little something for everyone in our list from adventure to thriller to the more mythical wonders in life, with each one leaning into gaming genres suitable for players of all kinds. So, what are the best PS5 open world games? Well, unsurprisingly given everything we’ve talked about so far, you’re in the right place to find out.

Before we get into it, be sure to check out our list of the best PS5 games to play in 2022 because there are some truly great games on offer. 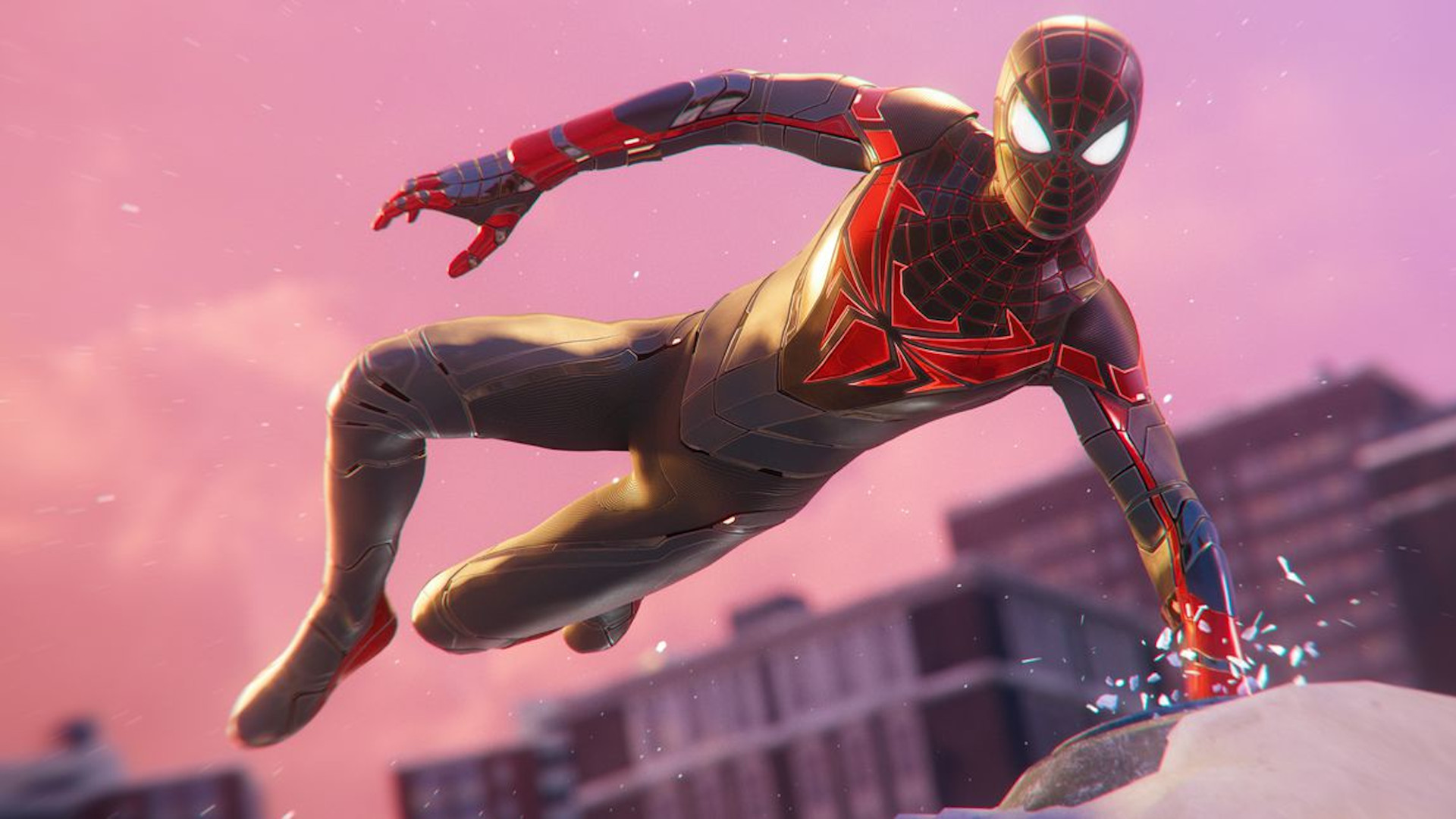 Marvel’s Spider-Man: Miles Morales is a PS5 exclusive that boasts Marvel madness.. With a whole host of Spidey games already available to play in the franchise, it’s a welcome addition to Sony’s newest console that has players swinging through New York City like never before. Miles Morales is a whole new Spider-Man with different powers and a contemporary perspective on the Marvel games.

Developer Insomniac continues with Spider greatness with a solid introduction to Miles Morales in this standalone game that offers open world exploration across the Big Apple. 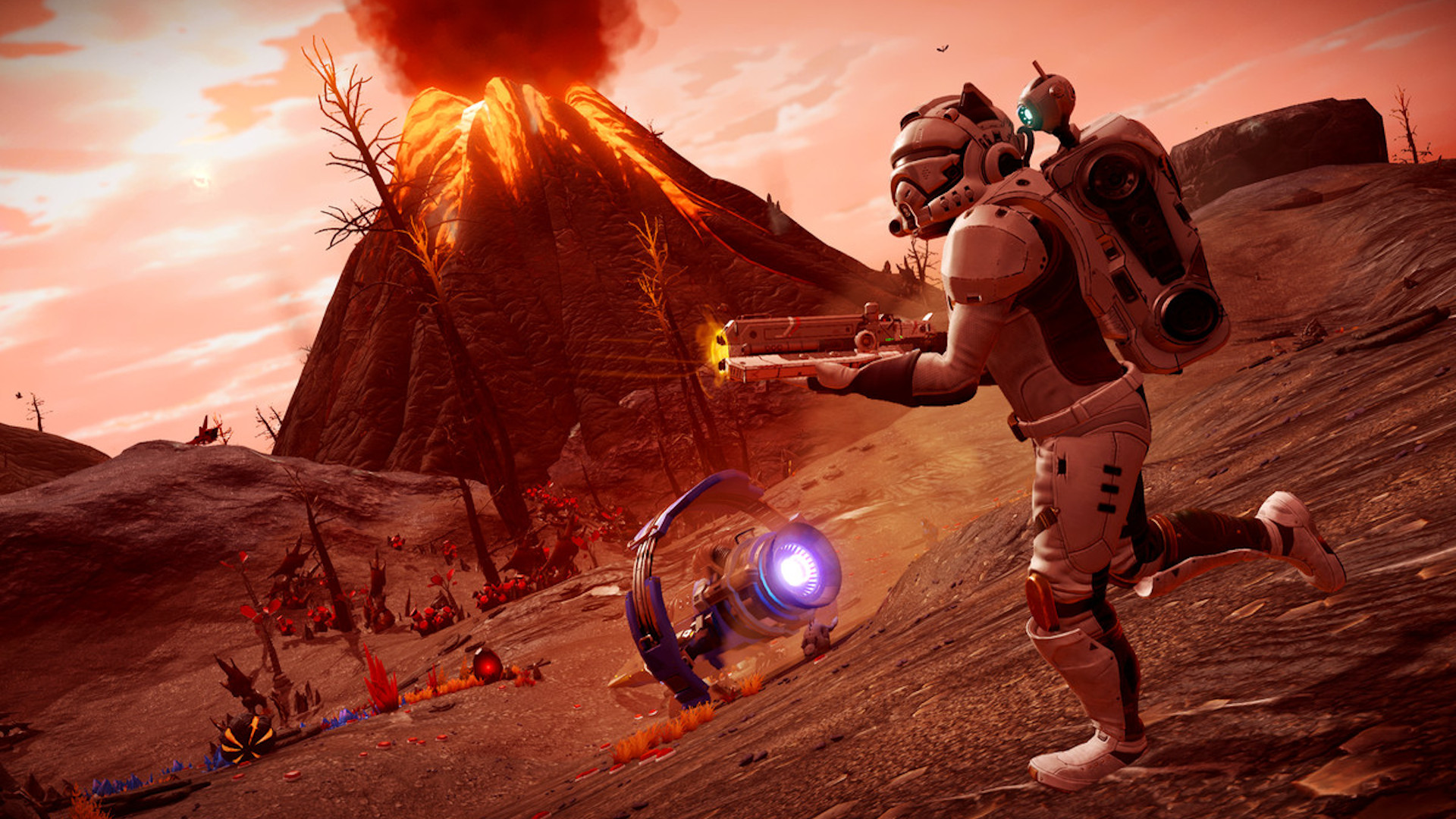 Developer Hello Games released this infinitely procedurally generated game in 2016, but thankfully, while every update has been free, so has the PS5 upgrade. Open world almost doesn’t do this game justice given that there’s over 18 quintillion planets in the No Man’s Sky universe to explore and it’s different for everyone.

There’s four pillars to this one; survival, combat, trading, and exploration and all of these are given the space to soar in this incredible expanse of a game. 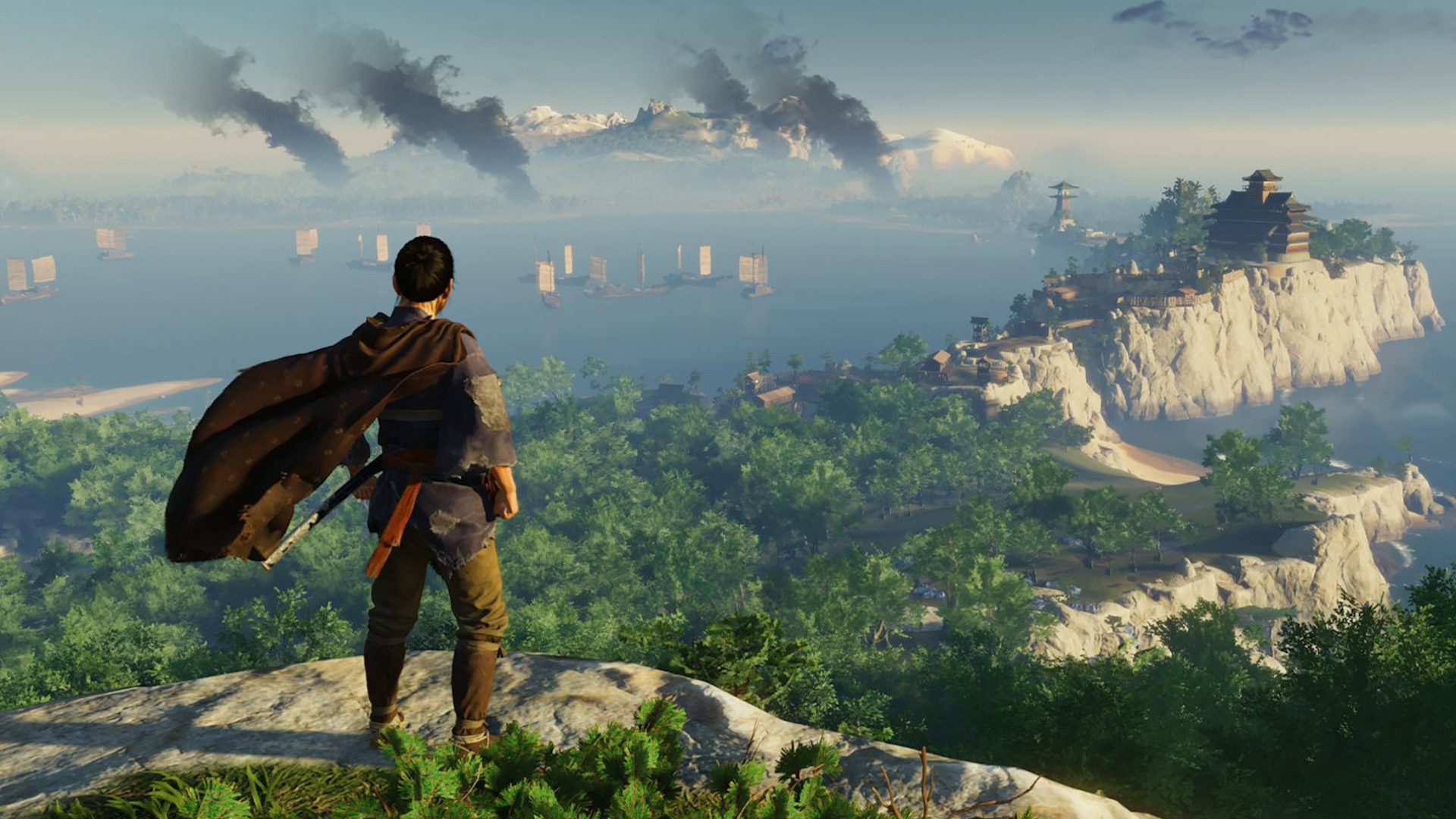 Another PlayStation exclusive comes from Sucker Punch Production with Ghost of Tsushima. In this entry to the best PS5 open world games, players become samurai, Jin Sakari, tasked with protecting Tsushima Island against the Mongol invasion in Japan.

With an open world setting, there’s a lot to do and it’s your path to choose. The Director’s Cut edition is the full PS5 upgrade that offers new additional content as well as utilising the full technical capabilities of the PS5 behemoth. 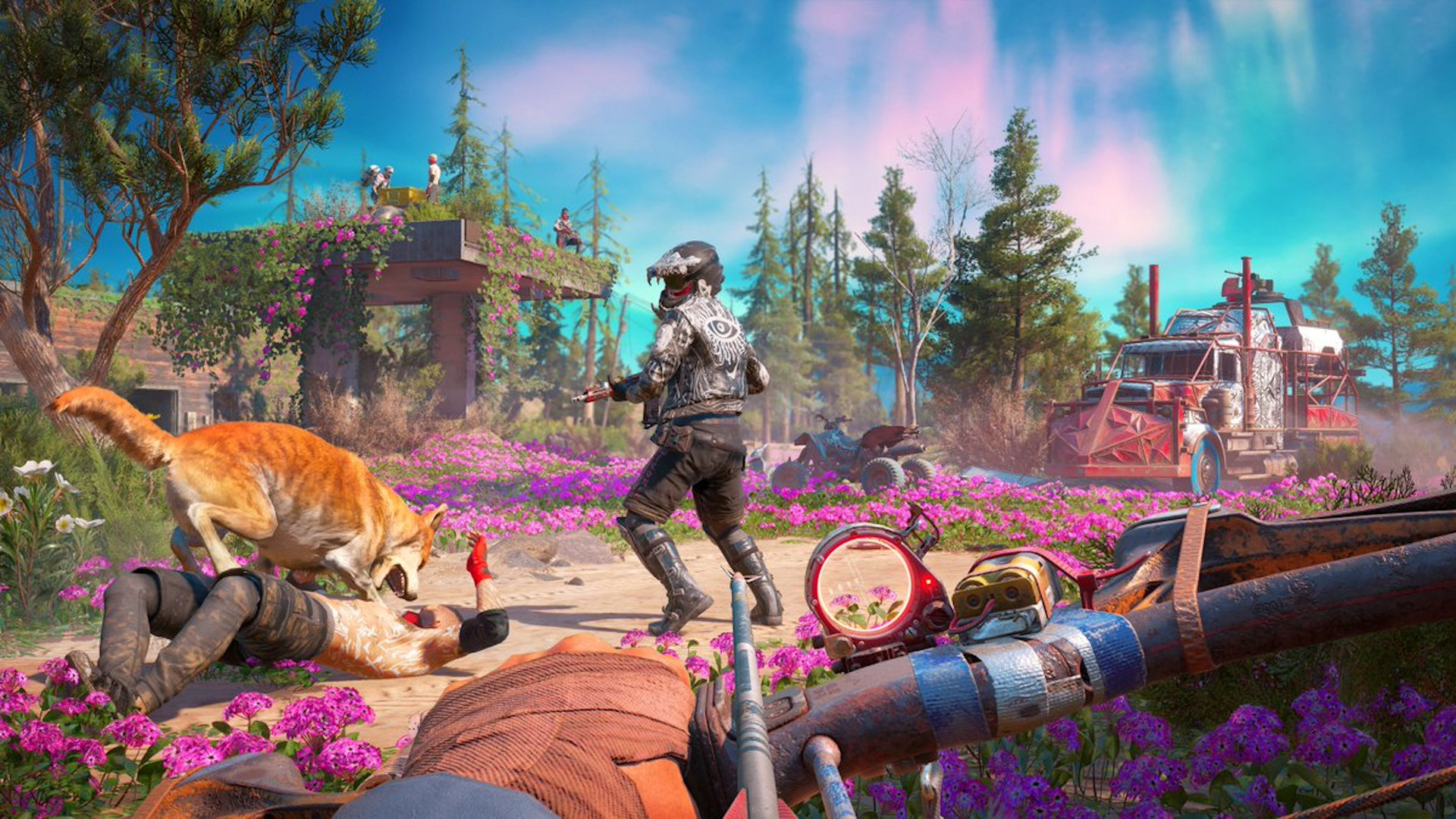 Far Cry 6 is the newest addition to the long-running Far Cry series from developer Ubisoft and this time round, you play as Dani Rojas, a local civilian, as you fight across a Cuban inspired paradise known as the island of Yara.

One of the biggest open worlds to come out of 2021, Far Cry 6 offers hours of discovery and a whole host of items and weapons. Ubisoft is a master of the open world and up next, we’ll look into another of their great franchises. 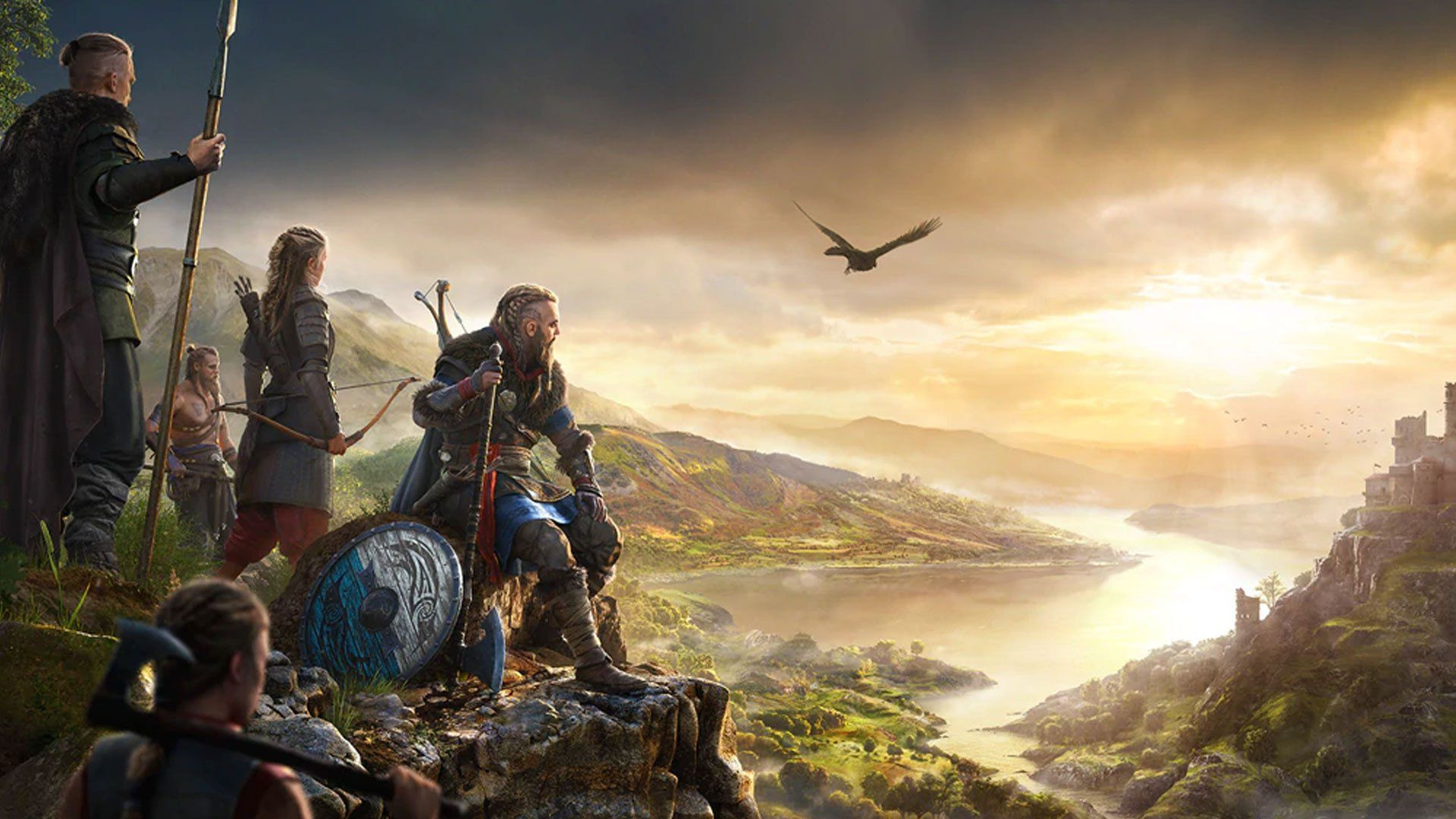 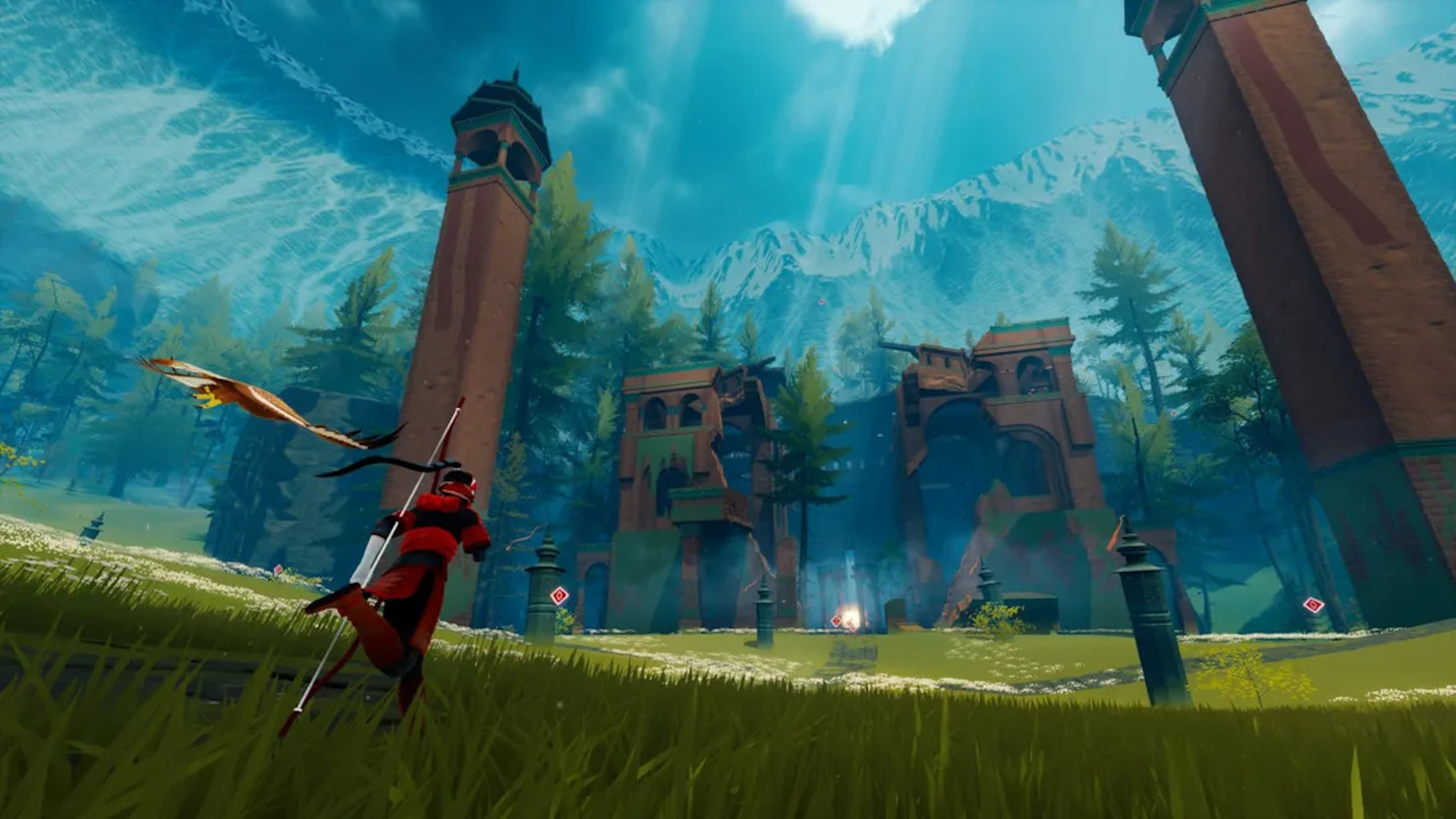 Sticking to the mythic theme, we move onto indie game The Pathless from developer, Giant Squid. In The Pathless, players take control of a huntress who is joined by her eagle as they embark on an adventure through vast forests, meadows, and tundras as you hunt for a way to lift a curse on the island which you find yourself.

Praised greatly for its beautiful design, The Pathless is full of choices, puzzles, and combat as player’s navigate their own path through this fabled land. 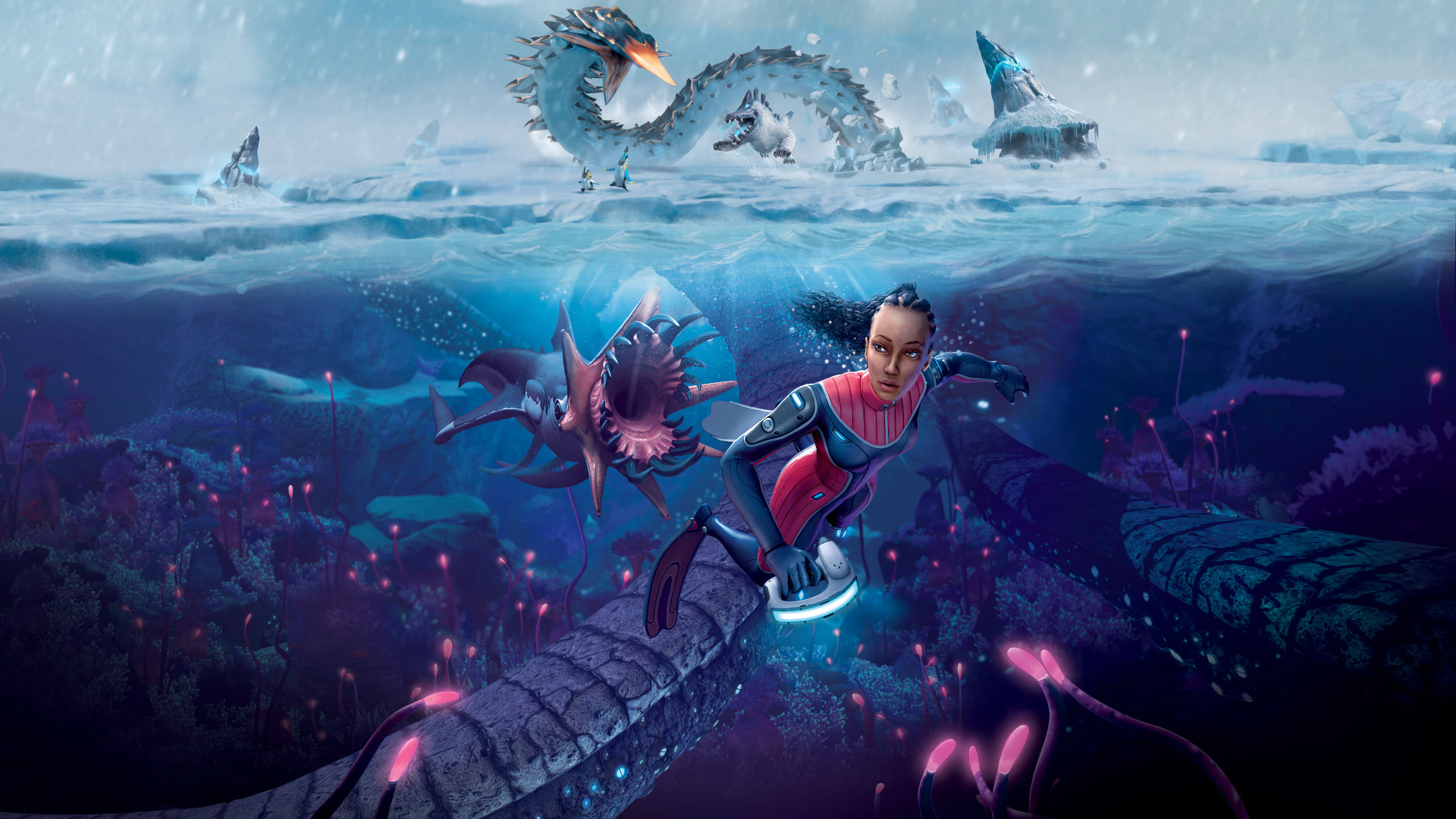 If underwater survival is more your kind of vibe, then Subnautica: Below Zero is one for you. This open world throws you onto an frozen alien planet, two years after the events of Subnautica, as you investigate the mystery death of your sister. Players must collect and assemble supplies to survive, before it’s too late, so while you’ve got to keep an eye on your oxygen levels, the exploration is up to you. 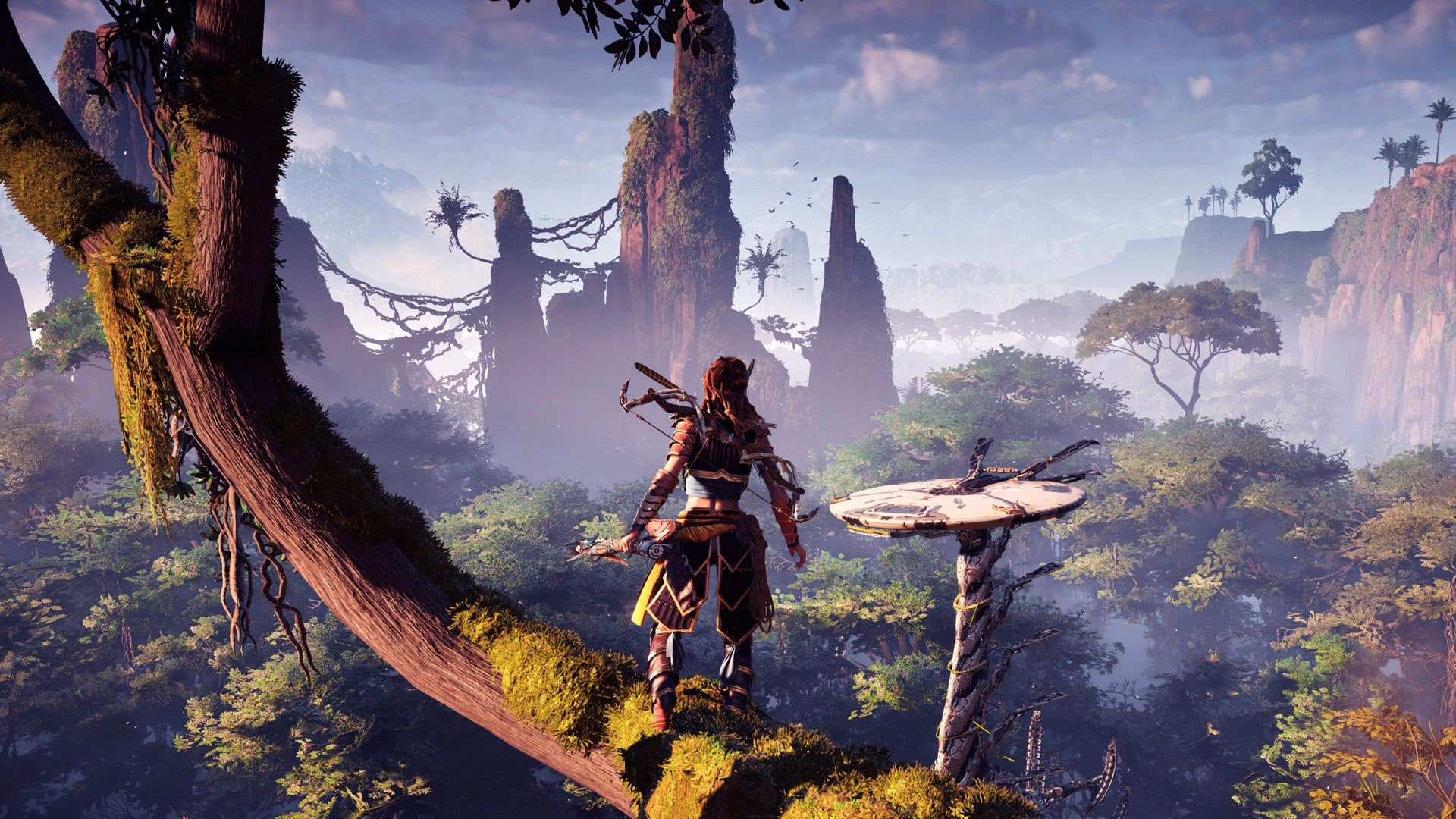 A classic open world game, Horizon Zero Dawn was released in 2017, but in 2021, developer Guerrilla Games released a PS5 upgrade that proved wildly impressive and finally unlocked the 60fps capability of the console. With Horizon Forbidden West coming in 2022, crafted for PS4 and PS5, we’ll keep an eye on whether it can take the game where the Horizon Zero Dawn upgrade couldn’t.

For now, Horizon Zero Dawn offers players a game full of rich variety and options that ring true to the open world mechanic. 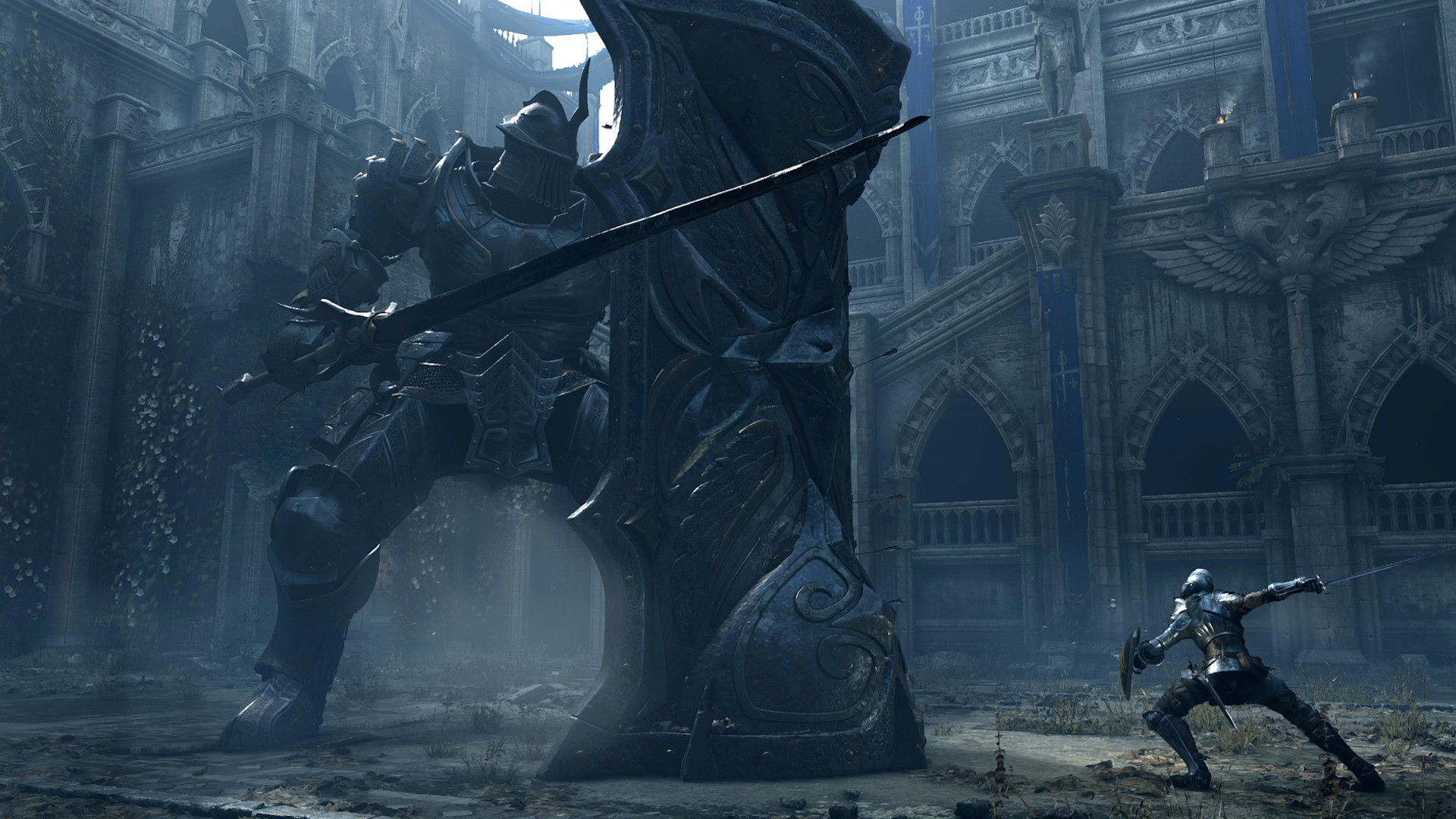 Our only entry that is exclusively for the PS5 and no other console is Demon’s Souls, which launched alongside the console and totally overhauled the 2009 classic PlayStation game with the stunning visuals and performance capabilities only available on the PS5 console.

It’s incredibly complicated stages and path taken through the game makes for a slightly different open-world experience given it’s over a decade older than the rest, but the challenge is real and incredibly rewarding. 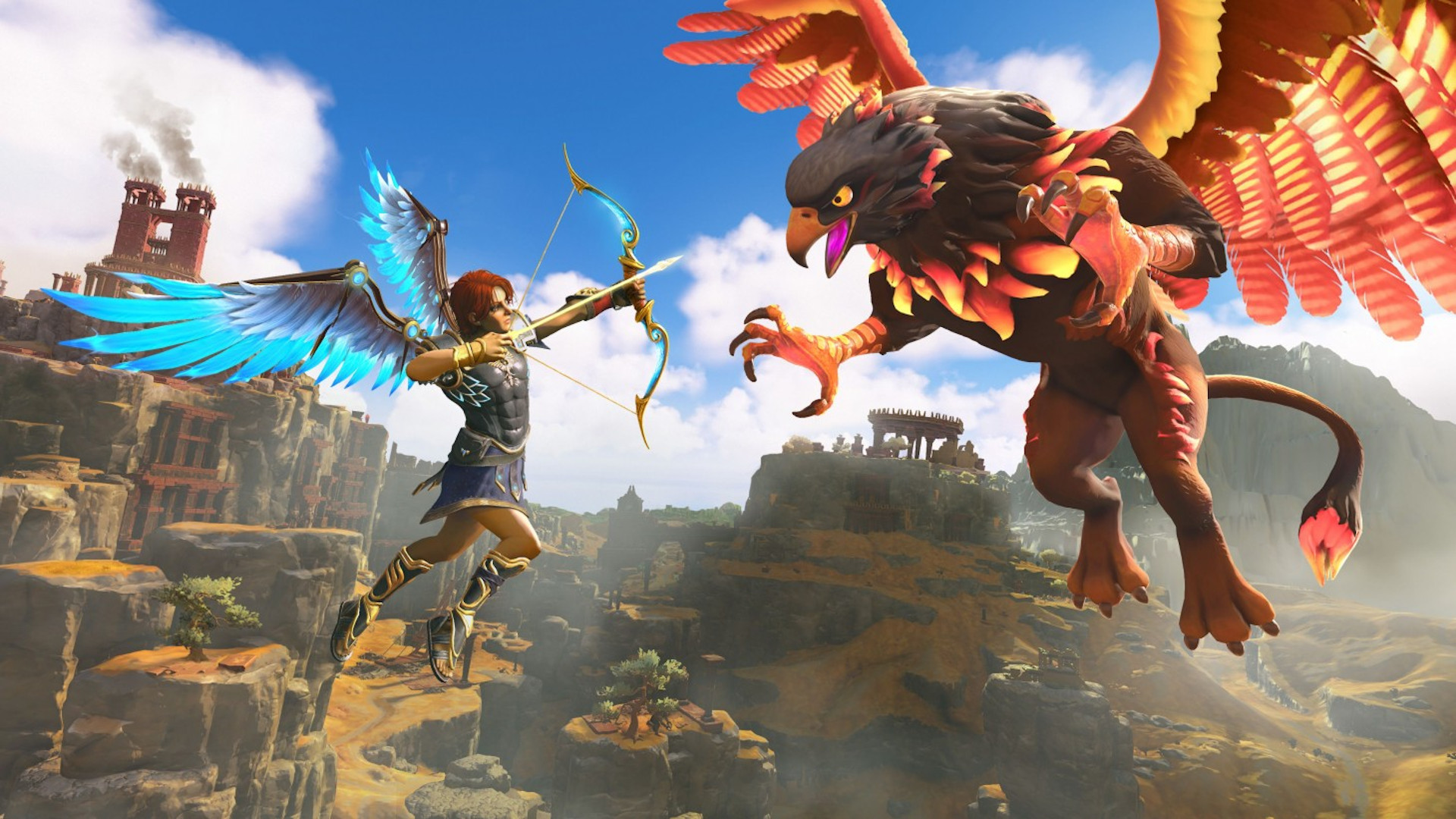 And finally, another launch title for the PS5 was Immortals Fenyx Rising, previously known as God and Monsters and our third entry from developer, Ubisoft.

You play as Fenyx, from Greek mythology, and similarly to our other entries from Ubisoft with Assassin’s Creed and Far Cry, as you complete objectives across the open world, your character grows in strength and ability to defeat higher powers. Praised for its vibrant design, adventurous gameplay, and for actually being quite funny.

Now it’s time for you to get out there and explore as we come to the end of our best PS5 open world games list. As you can see, there’s plenty for you to sink your teeth into and big vast worlds to enjoy.