Bungie’s looter shooter is always growing and the selection of weapons now on offer for players to equip can be overwhelming. If you’re looking to jump into a Raid with your fireteam, you’re going to need the best Destiny 2 weapons in hand and ready to go. If you’re not sure what they might be, fear not; we’ve saved you the trouble of trial and error by putting together a list of the top Destiny 2 Exotics and some fantastic Legendary weapons below – whether you’re playing on PlayStation, Xbox, or PC.

When you’re preparing for a high-level event in Destiny 2, or something like the new Vow of the Disciple raid, it’s important to keep your loadout in mind. While the right subclass, armour, and mods are all important, making sure you have the best Destiny 2 weapons equipped can also be the difference between success and failure.

Before we dive into the list, it’s worth keeping in mind that Destiny 2’s PvP combat is a different beast altogether – that’s why we’ve chosen the best weapons for Destiny 2 with PvE activities in mind.

Anyway, let’s get stuck in. Here’s everything you need to know about the best Destiny 2 weapons available right now – and how you can obtain them.

Here are our choices for the best Destiny 2 weapons available right now:

There are currently four Exotic trace rifles in Destiny 2, and they all have their perks when it comes to PvE combat. However, if you’re looking for the best of the bunch and one of the top Destiny 2 weapons for the game’s high level activities, you’re going to need to get your hands on Divinity. 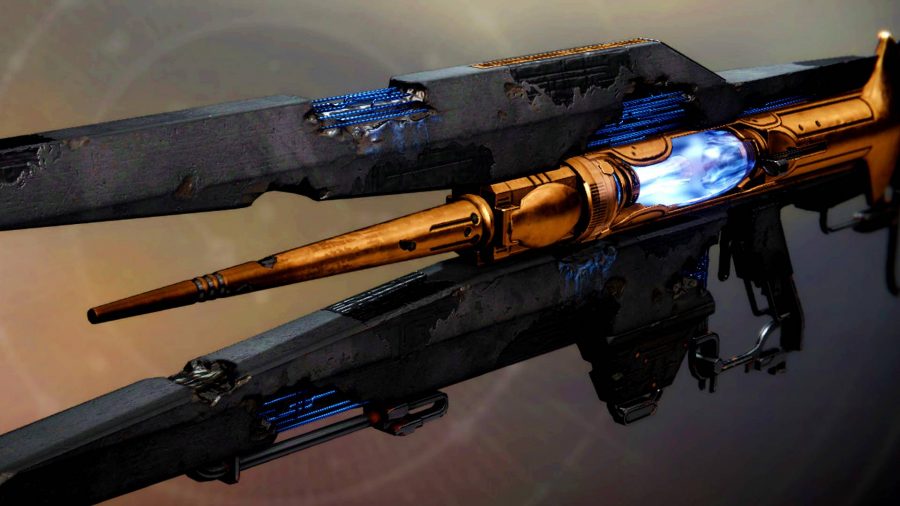 This weapon comes with two perks that make it a boss at taking down bosses: Judgement and Penance. Judgement creates a debuffing field around an enemy after sustained damage and Penance will deal a burst of damage to enemies under the effects of Judgement for long enough. If you’re struggling to land critical hits, Judgement’s debuffing field actually makes every hit a critical, so it’s a fantastic option for quickly dealing damage to enemies with large health pools.

Interested? You can be in with a chance of unlocking the Divinity Exotic by completing the Garden of Salvation raid in the Shadowkeep expansion. There’s no telling when this raid and the Shadowkeep expansion content will be vaulted, so you may want to check it out sooner rather than later. If you want to team up with your friends – check out our Destiny 2 cross-play guide for help on how to do this.

Gjallarhorn is one of Destiny’s most iconic weapons – and it’s also one of it’s best. This rocket launcher isn’t going to be your main weapon, but it offers a huge damage payload that can take chunks out of enemies when you need it to. 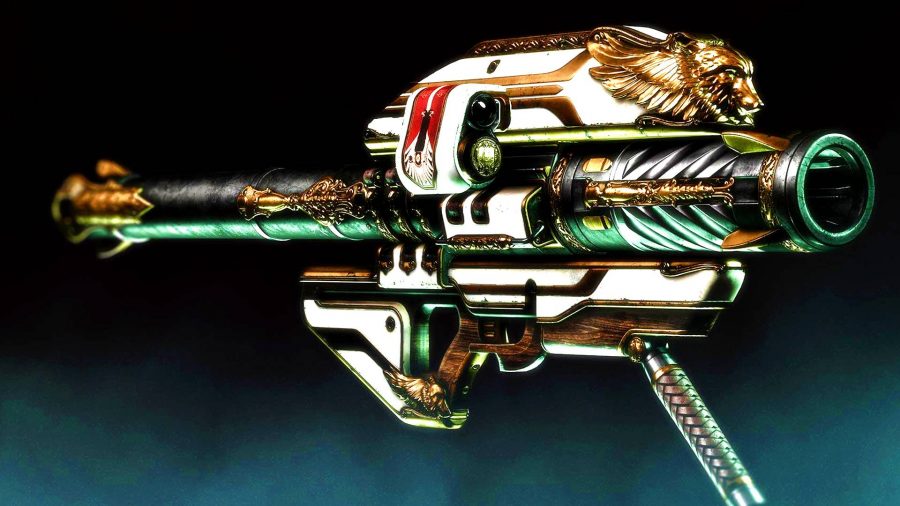 This rocket launcher comes equipped with two perks that are at their best when you’re shoulder to shoulder with your other Guardians: Wolfpack Rounds and Pack Hunter. Wolfpack Rounds cause any fired rounds to split into tracking cluster missiles upon detonation – something nearby allies can enjoy with any non-Exotic rocket launcher, thanks to Pack Hunter. This second perk also increases the reload speeds and handling with the Gjallarhorn when it’s used near allies. There’s never been a better reason to stick with your Fireteam in Destiny 2 – especially if they’re all packing launchers.

If you want to get your hands on it, then you can unlock it through the And Out Fly The Wolves quest, or in the Bungie 30th Anniversary Pack.

Parasite is an Exotic grenade launcher introduced to Destiny 2 in The Witch Queen expansion and it’s safe to say that it’s one of the weirder weapons you can get your hands on. It’s called a grenade launcher, but it doesn’t technically launch grenades – they’re actually Hive Worms. 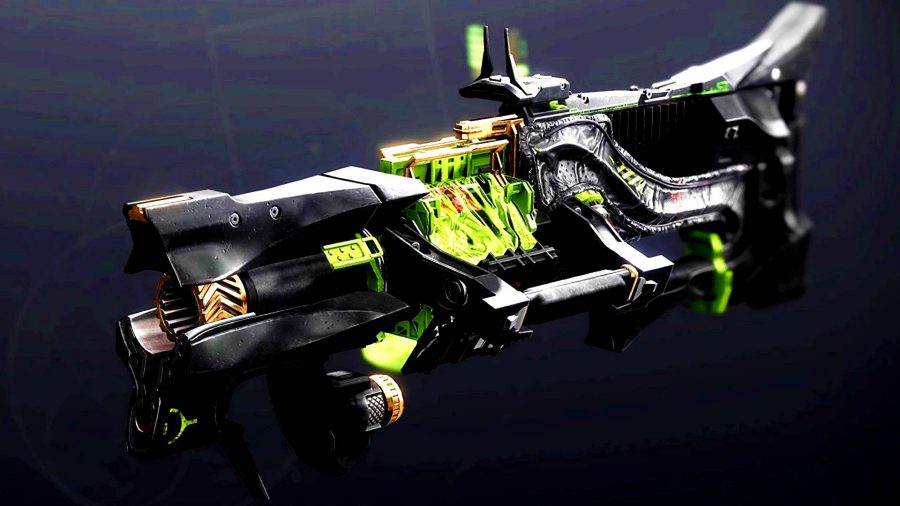 The Worm’s Hunger perk scales the size and damage of each projectile’s explosion based on the number of enemies defeated just before using it. The secondary perk, Worm Byproduct, empowers your weapons for a short period of time when you damage yourself with the Parasite. This shouldn’t deal too much damage at its base level, but you can stack Worm’s Hunger up to 20 times – so, be careful if you’re trying this in the middle of a firefight.

If you want to add this weapon to your arsenal, you’ll need to complete the Of Queen and Worms quest in Destiny 2’s Witch Queen expansion.

If you’re looking for another option when it comes to heavy weaponry, the Witherhoard Exotic grenade launcher is an excellent option. This weapon is perfect for dealing tick damage against tougher enemies or for wiping out clusters of weaker enemies in just one round. 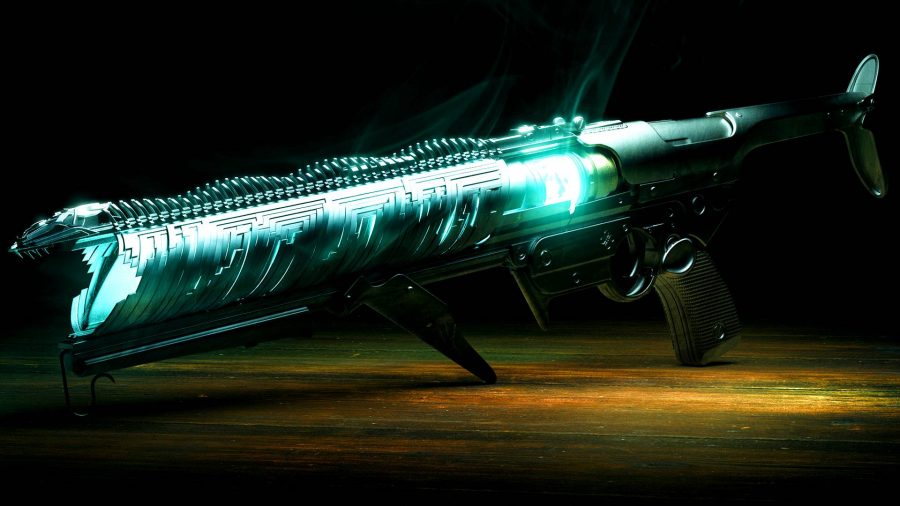 Like other Exotics, Witherhoard comes pre-equipped with two perks – both of which take advantage of blight, a dark energy first introduced in the Season of Arrivals. Primeval’s Torment will blight any enemy hit with Witherhoard’s projectiles and Break The Bank adds damage over time to blighted enemies and will blight the nearby area when they die. Together, they can be used to deal huge amounts of damage to both enemies big and small.

Think the Witherhoard is for you? You can pick it up from the Exotic Kiosk in the Tower for the following price:

The Fatebringer might not be an Exotic weapon, but don’t let that put you off – this Legendary hand cannon is a fantastic Kinetic weapon that every Guardian should have in their arsenal – if you are blessed by the perk gods, that is. 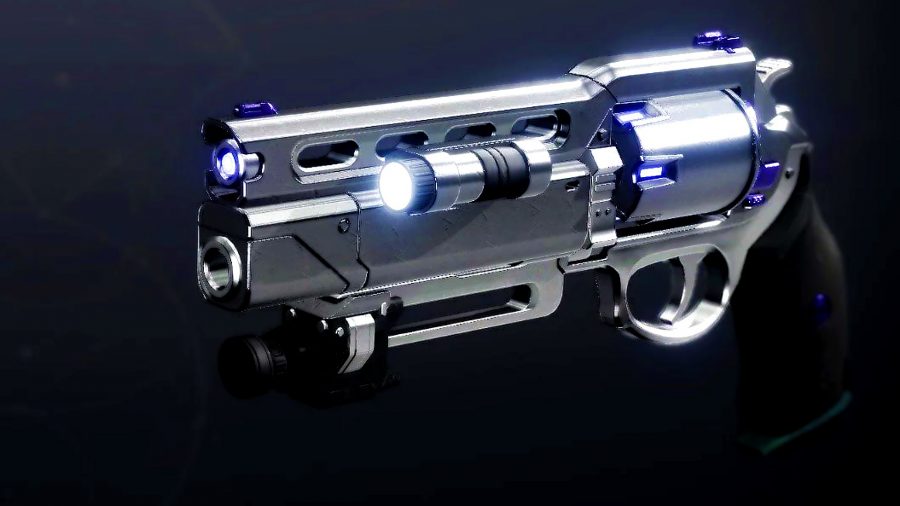 There are two randomly rolled perks you need to look out for if you want to make the most out of the Fatebringer: Explosive Payload and Firefly.

Explosive Payload introduces an area-of-effect explosive detonation with each projectile impact. When coupled with Firefly, a perk that means any precision kill will cause an enemy to explode, you can considerably increase the damage output of this hand cannon. Firefly also increases your reload speed when you land a precision kill, so this is perfect for taking on larger groups of enemies. Check the perk rolls on any Fatebringer you find, as it could be a monster.

Does this sound good? You can unlock the Fatebringer by completing the Vault of Glass raid. It can drop in the third and fourth encounter and then will also appear in secret chests hidden throughout.

The Funnelweb SMG is a Void energy weapon that – after Bungie’s Void 3.0 update in The Witch Queen expansion – has become a popular choice among Guardians looking to take advantage of the new Volatile debuff. 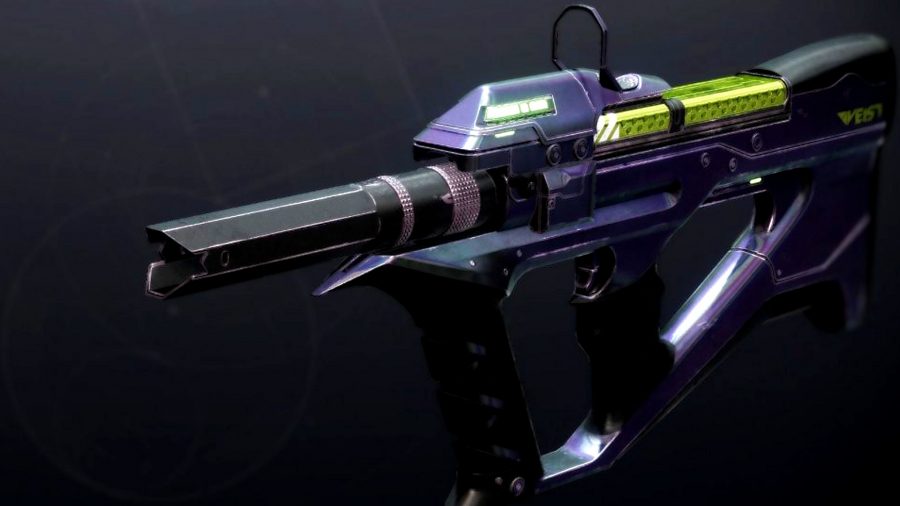 The Volatile debuff is a new system that will cause enemies to explode in a Void detonation when they take enough Void damage – as you can imagine, a fast-firing SMG can deal a lot of Void damage quickly and takes full advantage of this new debuff.

If you want to get the most out of this Legendary SMG, you’ll need to keep an eye out for the following perks: Adrenaline Junkie and Veist Stinger. Everyone will have their own preferences, but these are some of the most popular choices amongst Guardians who already have the Funnelweb, according to Light.gg – a Destiny 2 stats website.

Adrenaline Junkie grants stacking damage and handling buffs to this weapon for any final blows with the Funnelweb or grenades. Additionally, Veist Stinger adds a small chance of an automatic magazine reload when you’re dealing damage to an enemy using the Funnelweb. It also increases movement speed while aiming down sights, coupling nicely with the weapon’s Lightweight Frame perk – something which increases movement speed when the weapon is equipped.

If you want to add the Funnelweb to your arsenal, you’ll need to keep your eye on random world drops – this is the only way players can get their hands on it at the moment.

Well, that’s all there is to it – the best Destiny 2 weapons available right now and how you can get your hands on them. If you’re not sure you’re a fan of Bungie’s looter shooter, you can check out our guide to the best free Xbox games here and the best free PS5 games here.