It’s been a long time coming, hasn’t it? We’ve waited patiently for our prayers to be answered, and it’s finally happened; Call of Duty: Warzone’s meta is in a stable, relatively balanced, and enjoyable state.

Since Raven Software took the helm as lead developer for Warzone, the general direction of the battle royale has been encouraging. There has been more transparency, more interaction with the game’s biggest streamers, and, crucially, more of an effort to balance the game’s vast arsenal of weapons.

In the past, it always felt as if the approach to weapon balancing was reactive. The devs would release an overpowered beast into Verdansk, give it a couple of weeks for the community to go wild, before then trying to nerf it into irrelevance. However – and I say this with bated breath – things seem different now. The meta isn’t completely perfect, that’s for sure, but right now we’re the closest we’ve ever been. There is still a group of weapons that sit above all else, but thanks to recent balancing efforts on Raven’s part, our list of the best Warzone guns has continued to grow with viable options in almost every department.

For what is potentially the first time since the game was released around 14 months ago, there is no single agreed-upon class that you have to pick to survive in Verdansk. The meta is finally in a place where personal preference, strengths, and playstyle can actually influence which guns you pick for your loadout – and while that’s good news for players of all abilities, it’s even better news for the competitive Warzone scene.

Competitive Warzone is by no means flopping – it boasts high viewership, almost weekly third-party tournaments, and big paydays for the players – but I believe it has always lacked maturity. In comparison to the elite-level competitions of rival battle royales, competitive Warzone can be seen as a bit, well, simple.

If it wasn’t mindless kill races in public lobbies – a format which is finally being denounced by the top Warzone players – it was private lobbies filled with teams full-sending each other using, usually, very similar loadouts. There was never the opportunity or reason to experiment with strategy and add an extra tactical layer to the competitive scene.

But that’s not the case now. If you search for the loadout guides and classes of streamers, YouTubers, and Warzone tournament regulars, it’s refreshing to see disagreement among them. Some preach that the LC10 is the best SMG Warzone has to offer, some say it’s the Bullfrog, and others believe it’s the MP5. 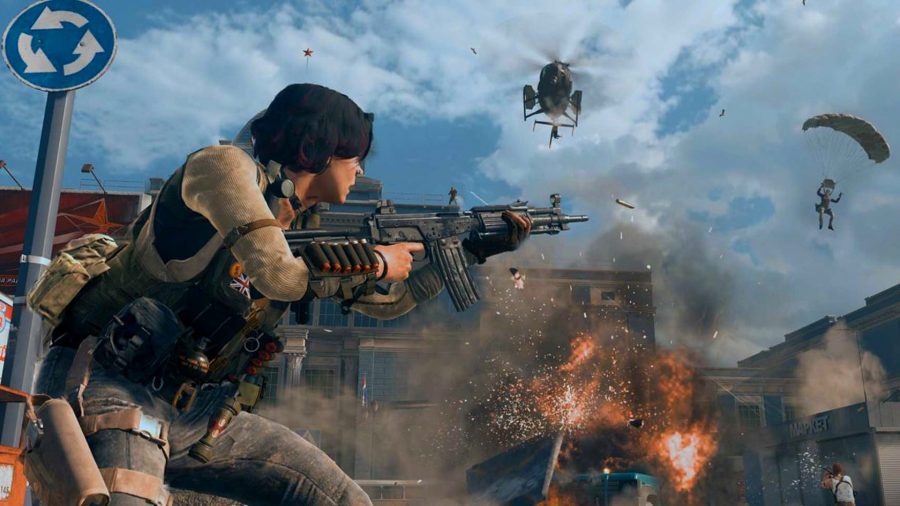 There are also differing views on which assault rifle to run – do you stick with the now nerfed AMAX, run a Kilo, or opt for a more leftfield choice like a RAM or an AK-47? There is finally enough balance for players to pick what they want to use, not what they have to use.

This can only result in more interesting competition at the highest level of Warzone. And that’s something I’m more than excited for after months of squabbles about lobby quality and near identical loadout combinations.

While there are still a few hurdles in the way of Warzone being totally ‘esports ready’, Raven’s new approach to weapon balancing has removed one of the biggest barriers there is and finally given the best gift of all to its players: freedom.