For a long while, the Cold War AK-47 was rarely seen in the battlefields of Call of Duty: Warzone. Now though, it’s widely considered to be one of the best Warzone guns. While its recoil is slightly tricky to master, this hard-hitting AR has become a staple part of players’ Warzone loadouts, and is extremely versatile.

What’s makes the AK-47 so great is that depending on which attachments you use, this AK-47 Warzone loadout can be built to act like a close-range rival to some of the top SMGs in Warzone, or as a long-range beamer that can go toe to toe with your usual suspects like the XM4 or the C58.

Because you can kit the AK-47 out in whichever way you fancy, its usage rate has climbed and can act as the centrepiece of a traditional AR/SMG class or as the support option for all you sniping enthusiasts out there. As a result, we’ll bring you not one, but two incredible AK-47 classes for Warzone Season 6 – perfect if you’ve been keeping a close eye on the Warzone meta.

If you’ve somehow ended up here while looking for an AK74u build, don’t worry, you can find our best AK74u Warzone loadout here. But if you are in the right place, here are our picks for the best AK-47 loadouts in Warzone.

As you can see here, this gun is built for medium to long range. The GRU Suppressor will keep you off the grid, while boosting the gun’s accuracy, damage, and range.

Be warned, that the AK does require a bit more skill when it comes to recoil control than some of its rivals, but the Spetsnaz RPK barrel and the Spetsnaz Grip will both help tame that recoil somewhat.

You’ll want a mid-to-close-range SMG as your secondary for this class, and you might just find the perfect accompaniment in our Bullfrog Warzone loadout guide. 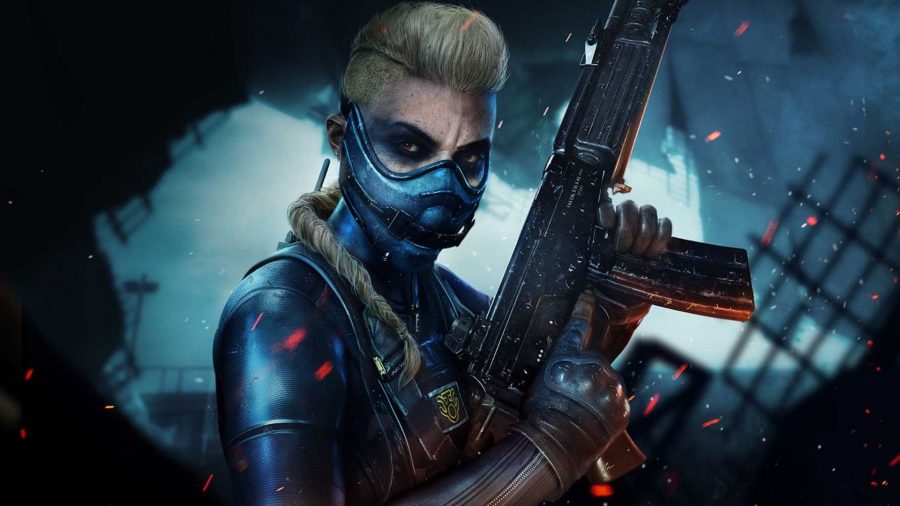 As we mentioned earlier, the AK-47, despite having the capability to be a long-range slayer, can be fleshed out to be a close-range option too.

With these attachments resulting in a huge buff to your mobility, you can throw yourself into buildings and clear them out with ease, just as you would with any SMG.

Pairing this with a low-recoil, long-range AR like our Krig 6 Warzone loadout is a good shout, or it can be a superb support option if you’re running a sniper class.

For either of these AK-47 Warzone loadouts, combine the necessary Overkill perk with the usual suspects of Double Time and Amped. The combination of Heartbeat Sensor and Semtex is the tried and tested pairing for your equipment, but you could also run Throwing Knives if you wanted, which help with finishing off downed players efficiently.

No matter which build of the Cold War AK-47 you try, you’ll soon see that it is one of the most powerful guns in the game right now.