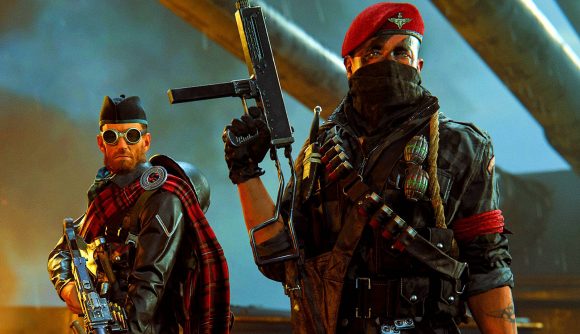 Call of Duty Warzone Season 4 is here and Raven Software has just shared the complete Warzone Season 4 patch notes – detailing all the new content, and more importantly, all the weapon changes players can look forward to. Despite nerfs to the STG44, a staple of the Warzone meta, players will be pleased to know that popular weapons like the BAR, NZ-41, and Sten are getting buffs.

Let’s start things off with the bad news, though… The STG44 has been nerfed in Warzone Season 4. It’s nothing too major, but this assault rifle’s minimum damage, muzzle velocity, and head locational damage multiplier have all been decreased. This is going to make it weaker at a distance and could mean there are a few changes coming to our STG44 Warzone loadout in the future.

However, it’s not all bad. The BAR is being buffed and we could see this hard-hitting assault rifle become a firm favourite in our best Warzone loadouts again if things go the right way. With over 3% increase in base muzzle velocity and an increased neck damage multiplier, the BAR is going to drop enemies quicker at a distance. This weapon’s CGC 30″ XL barrel has had its’ recoil increased though, so make sure you’re keeping an eye on which BAR Warzone loadout you’re using.

In addition to this, the ever-popular NZ-41 has been buffed – sort of. The LOR MK1 Burst barrel attachment, which we recommend in our best NZ-41 Warzone loadout, has been buffed in Warzone Season 4. It’s going to offer 10% more initial firing recoil control and now supports automatic burst fire – meaning you can just hold down the trigger and let ‘er rip! This is one of the best Warzone guns right now, so it’s worth checking it out.

Furthermore, if that wasn’t already enough good news, the Sten SMG is also getting a fairly substantial buff – which could see it become a popular choice once again. The base damage this weapon deals has been increased slightly, with a higher middle damage than before. So, with any luck, you should find it much more effective in Caldera, Rebirth Island, and Fortune’s Keep.

Elsewhere in the patch notes, the Gorenko Anti-Tank Rifle has been tweaked to now offer a faster fire rate and lower base recoil, but with slightly less damage. All MX Silencers have also been tweaked to offer 4% recoil control instead of 5%. It doesn’t sound like a lot, but it might have a huge impact on some of the best Warzone loadouts out there.

Raven Software has also tweaked the H4 Blixen, stating that “this update attempts to slightly adjust its’ damage profile and overall mobility dominance to weaken its’ mid-range effectiveness”. However, looking at the official patch notes post, it doesn’t look that bad. We reckon this is still going to be a safe bet going forwards – so, check out our H4 Blixen Warzone loadout here.

Call of Duty Warzone Season 4 sees a new map introduced, Fortune’s Keep, alongside several new playlist updates, two new weapons, and a whole host of Caldera map changes. We might be waiting for the Call of Duty Warzone 2 release date, but it’s a good time to be a battle royale player.