In Elden Ring, the process of gaining Runes is a lot more lengthy than it has been in previous FromSoftware games. As the game is open-world, almost all of the regular area mobs don’t offer up a sizeable amount of Runes when killed, giving you pocket change instead of filling your pockets. As such, you’re going to need to know the Elden Ring best Rune farming spots.

Throughout the Lands Between there are several key areas where you can farm Runes, killing the same enemies over and over to fill your coffers with currency, allowing you to level up in Elden Ring, purchase items from Vendors, such as Stonesword Keys, or work towards buying materials to craft items and consumables.

If you are at that point where you need to farm Runes, then you will want to check out a few of our suggestions for the best Rune farming spots in Elden Ring, so you can work on killing all of the Elden Ring bosses in the best possible Elden Ring boss order. Make sure you have Elden Ring’s Golden Scarab equipped as well to boost your Rune acquisition.

There are several good Rune farming spots in Elden Ring in both the early and end game. These spots are in Stormhill, Caelid, Zamor Ruiens, Greyoll’s Dargonbarrow, and Mohgwyn’s Palace. 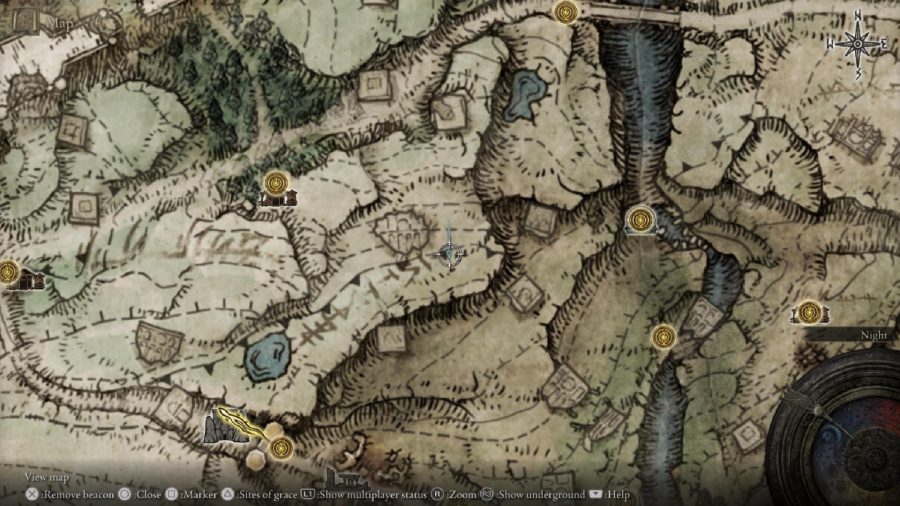 The Stormhill Rune farming spot is a great place to earn a bunch of Runes in the early game. Head to the south-eastern border of Stormhill, along the upper hills.

There are a number of giants here, each of which gives 1,000 Runes when killed. You can fast travel back to the closest Site of Grace and then return to net thousands of Runes in no time at all early in the game. 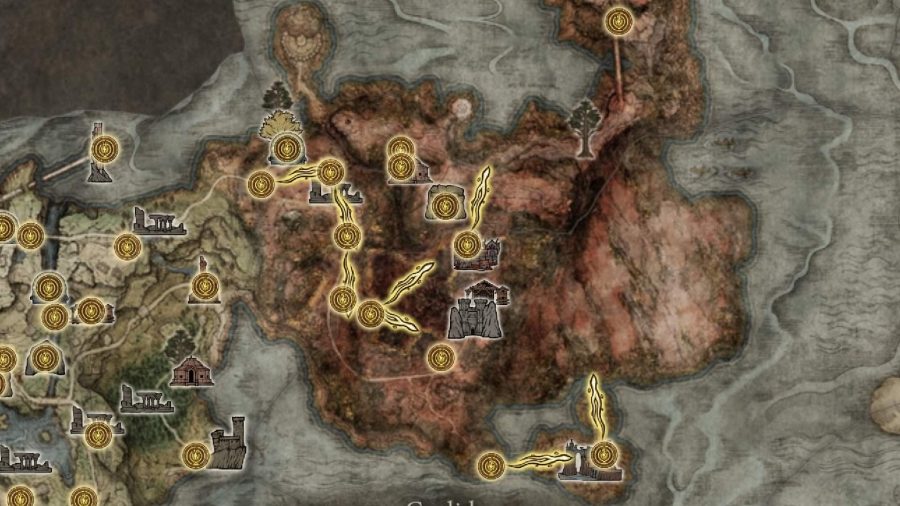 Caelid as a whole is a great place to farm Runes, however a lot of the enemies are of an incredibly high level. It is incredibly hard to get through early on.

However, the south of Caelid is home to some more manageable mobs for the mid-game and groups of grunts fight one another, which allows you to bag a bunch of souls with very little effort. 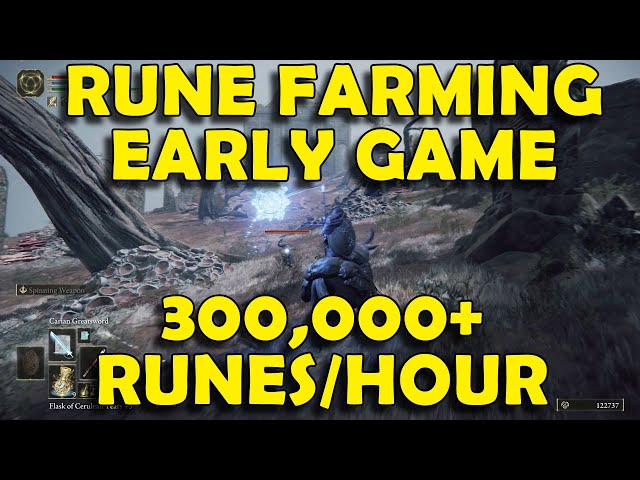 Greyoll’s Dragonbarrow is a particularly tough area, meant for the late-game however, as showcased by PowerPyx, you are capable of getting thousands of Runes in just a few minutes.

This method also doesn’t require you to do a lot of fighting, instead breezing past enemies and picking up the Runes in the process. Therefore it is easily the best farming spot on this list. 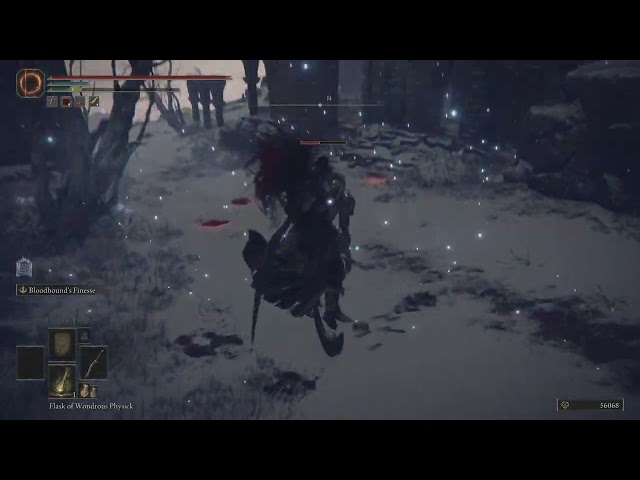 A solid Rune farming spot in the mid-to-late game can be found in the Zamor Ruins at the Mountaintops of the Giants.

The trick is to start at the Zamor Ruins Site of Grace, at the top of the Rold Lift. You can then run-up to the first enemy, kill it, grab 5,000 Runes, and then fast travel back to the Site of Grace and repeat. This will reward you with a big chunk of runes in a decent amount of time if you can optimise it.

However, if you find it’s taking over a minute to kill the enemy, then stick either to Greyroll’s spot, or get yourself over to the Elden Ring best Rune farming spots in Mohgwyn’s Palace. 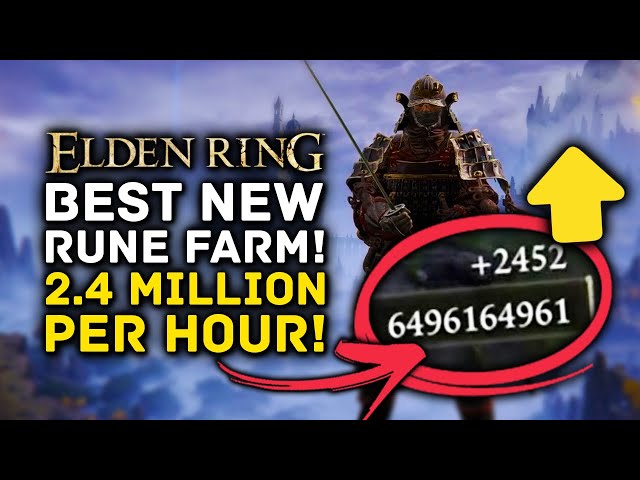 By far the best Rune farming spots we’ve come across in Elden Ring sit deep down in Mohgwyn’s Palace. Though the area isn’t usually accessed until later in the game, it’s actually possible to get there after clearing Stormveil Castle.

As Alex ‘Arekkz’ Noon showcases, there are a cluster of sleeping Albinaurics down in the blood lord’s lair, each offering just over 2,000 runes a piece. This is the perfect spot if you have AoE abilities that can quickly clear them out, or are looking to farm for New Game+ with the endgame Sacred Relic Sword.

While you can also backstab to unwitting enemies, be warned. There are guards patrolling the camp, and can easily one-shot you with their cartwheel attack. The risk is worth it though, as at its peak you can score up to 2.4 million Runes per hour spent at this spot. 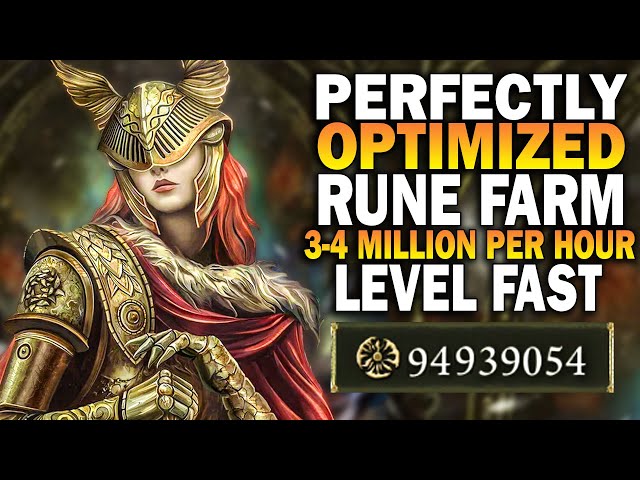 The second spot down in Mohgwyn’s Palace is actually right next to the first. However, if you are really low level this could be a much safer option than risking the ire of the Albinauric guards.

‘TagBackTV’ takes us through a surprisingly simple method for racking up runes, which involves naught but a bow, a few arrows, and an overly-zealous chicken… thing.

Below the Site of Grace next to the Albinaurics, you’ll find a beastie in a pool of blood. Simply aggroing it with a well-placed arrow will cause it to charge towards you, and off of a cliff.

When using this method in-tandem with both the Gold Scarab talisman and a Gold-Pickled Fowl Foot, TagBackTV estimates you can rack up over three million Runes per hour.