Elden Ring is packed with bosses, however most of them are completely optional and don’t actually need to be defeated. However, there is an Elden Ring boss order that you do have to follow in order to reach each of the Elden Ring endings.

But, with Elden Ring being open world it can be hard to determine what the recommended boss order for the game is. You can technically visit most areas whenever you want but parts of Caelid and Leyndell, the Royal Capital, are high-level areas that will absolutely beat you to the ground if you visit them too early.

So after making our way through Elden Ring and beating the game, we have come up with our recommended Elden Ring boss order, which will take you through where you should go and who you should kill – depending on your desired ending – as you make your way through the vast and expansive landscape of The Lands Between.

When it comes to taking on the main story bosses and the foes in key areas this is the recommended Elden Ring boss order from us:

While they don’t have a bearing on the final ending you get, you can choose to clear the tougher Great Rune-bearing bosses (eg. Mohg and Malenia) before making your way to the end of Crumbling Farum Azula should you wish to trade knowledge of them for goodies from Gideon at Roundtable Hold.

Related: How many bosses are in Elden Ring? 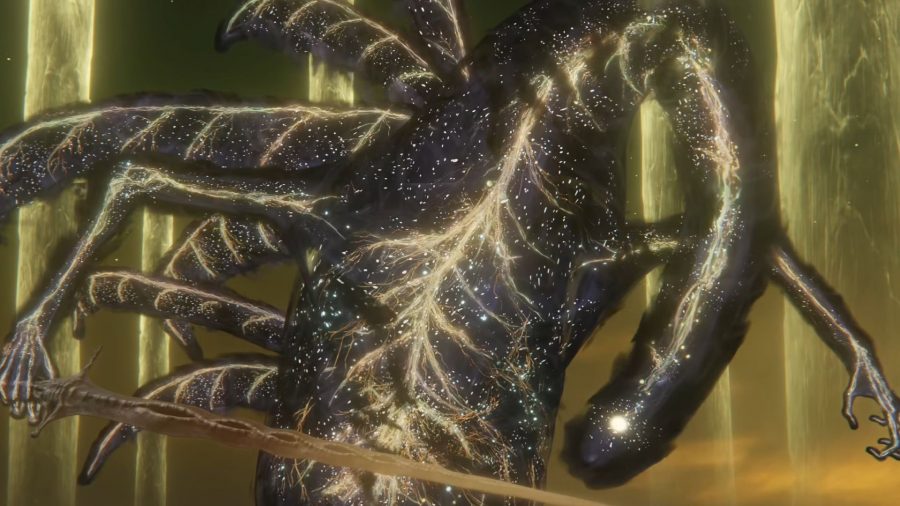 With regards to the various mini-bosses which punctuate the Lands Between, it’s best to prioritise those which drop useful items you might want to use. For example, Leonine Misbegotten (Castle Morne, Weeping Penninsula) drops one of the Elden Ring best weapons for Strength/Dexterity builds – the Grafted Blade Greatsword.

If you want to go above and beyond and clear every trial the game has to offer, here’s our complete list of all the Elden Ring bosses available. For more tips, check out our Elden Ring walkthrough.