Elden Ring is a critical masterpiece, filled with things to do that means you can spend dozens of hours exploring for dungeons, bosses, items, and more. Elden Ring is also absolutely packed with weapons to find that range from fist augmentations, to classical swords and halberds which can deal immense damage.

Well, as we were exploring all that was on offer in the The Lands Between, we managed to stumble across dozens of pieces of gear, consumable items, and satisfying and varied weapons. And, alongside getting pummeled to pieces, we have found some incredibly strong and potentially even overpowered weapons that are worth hunting down, whether you are a newcomer to FromSoftware’s games or a veteran dating back to the original Demon’s Souls.

Here are some of our choices for Elden Ring’s best weapons for each type of weapon in the game: 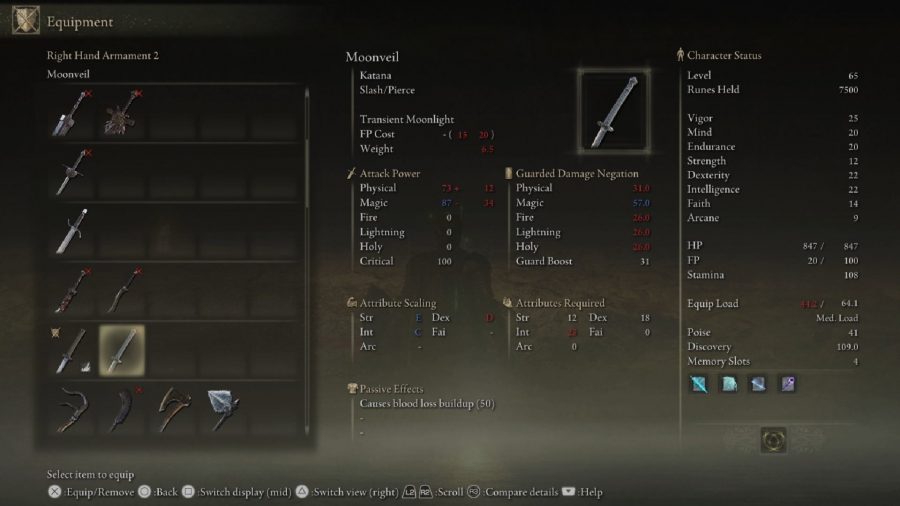 The best katana we have found so far in Elden Ring is the Moonveil. This weapon can be found in Caelid at the Gael Tunnel upon beating the Magma Wyrm. The tunnel is on the border of Caelid and Limgrave in the centre and south of the Smoldering Church.

This Katana is exceptionally strong and its Ash of War is one of the strongest in the game. Transient Moonlight shoots out a bolt of light upon a heavy or light attack and performing a heavy attack on enemies can break poise, stunning most foes in one of two slashes, allowing you to land a critical hit. 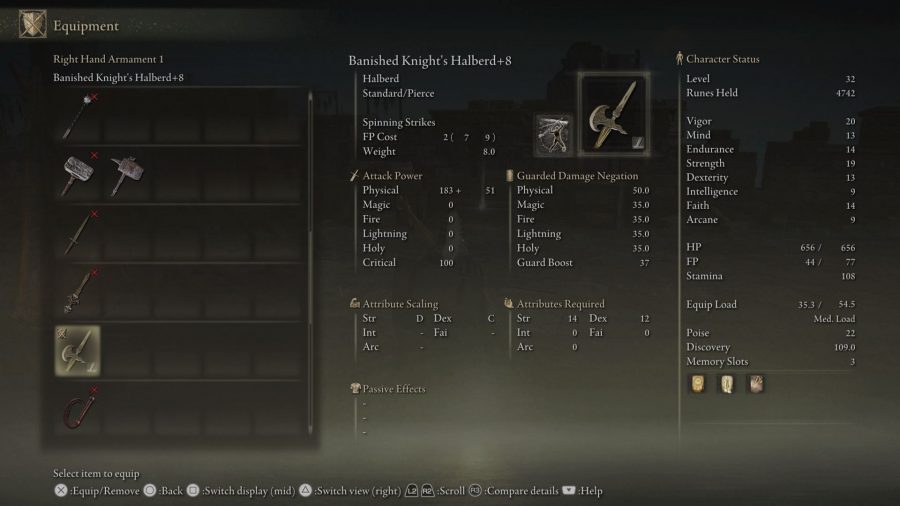 If you want a weapon built for crowd control, the Banished Knight’s Halberd is one of the strongest weapons you can get. It comes with an immense amount of force behind its swings and when paired with the Spinning Strikes Ashes of War, you become an unstoppable halberd-wielding force. It can even block projectiles.

The weapon can be found in the Whispering Peninsula at Castle Mourne. You will need to kill Edgar, an NPC, on one of the castle towers around the edge of the castle. Early in the game, this fight is tricky but not impossible. However, you will end his questline here. 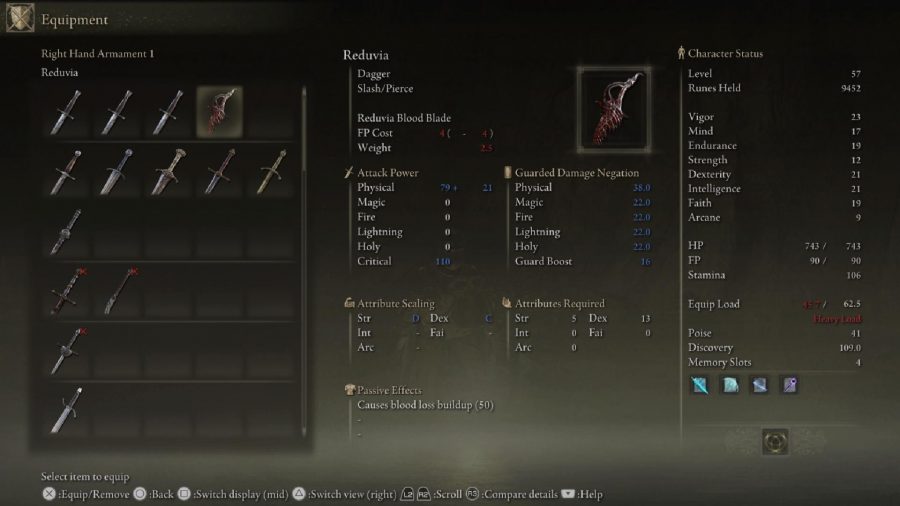 Reduvia is found along the river leading up to the Murkwater Caverns, north of where you can attempt to beat Flying Dragon Agheel. Towards the second half of the river, you will find an Invader, Bloody Finger Nerijus. If you kill him you will net yourself the weapon.

This dexterity scaling weapon is fast and able to land strong slashes. On top of that, it has an excellent weapon art, in the form of blood blades which it will shoot out to stun enemies, causing blood loss damage. 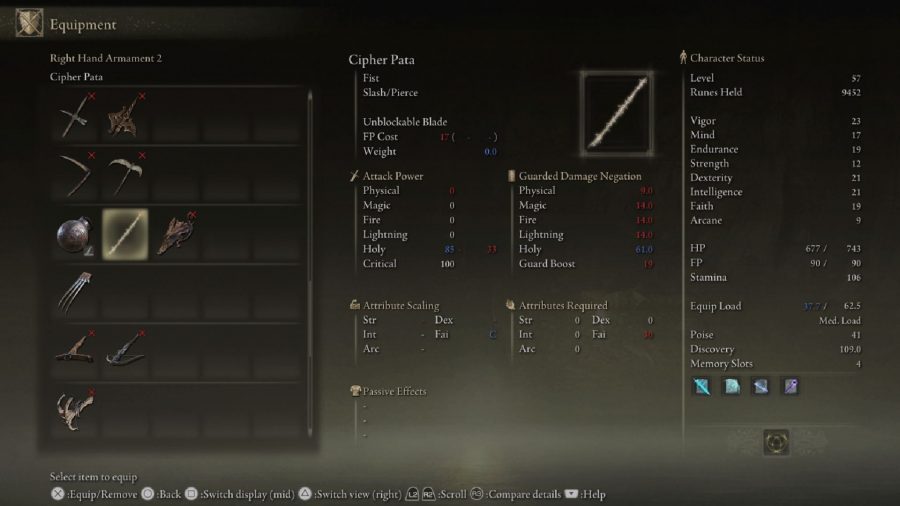 Cipher Pata is definitely one of the coolest weapons in Elden Ring. A blade made out of ancient symbols, it attaches to your wrist and can be used to lunge forward and slice through your enemies. It does require a ridiculous 30 Faith, which will be hard to obtain until late in your first playthrough. But, it makes a good New Game Plus weapon.

It can be found by killing Mad Tongue Alberich below the main chamber of Roundtable Hold. This Invader is tough but after killing him you can follow the path around to find the weapon in the final room. 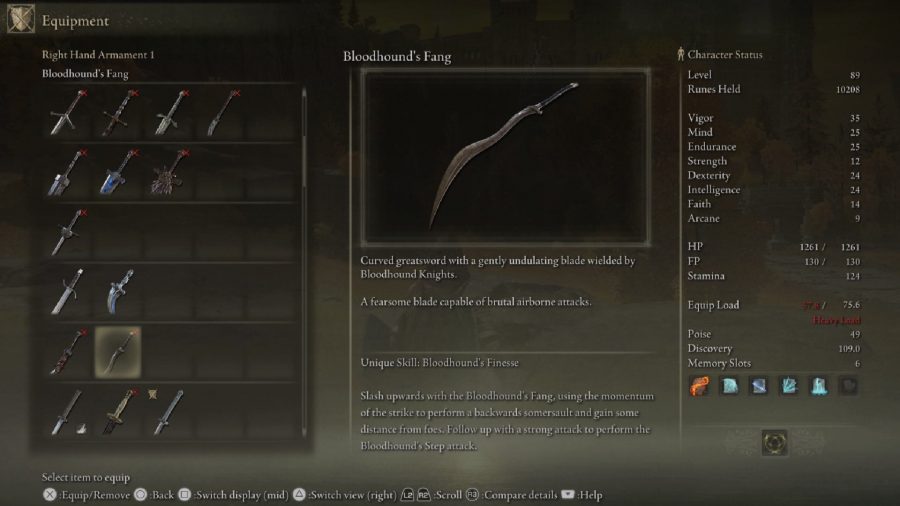 Bloodhound’s Fang is exceptionally strong, especially seeing as you can get it at the very beginning of the game at the Forlorn Hound Evegaol in Limgrave.

The Bloodhound’s Fang’s strength lies in the fact that it can perform two big slashes, with a step backwards in between them. This allows you to stay out of trouble and also land incredibly impactful blows. On top of that, the blood loss buildup of the weapon ensures it makes it into the top tier of weapons in the game. 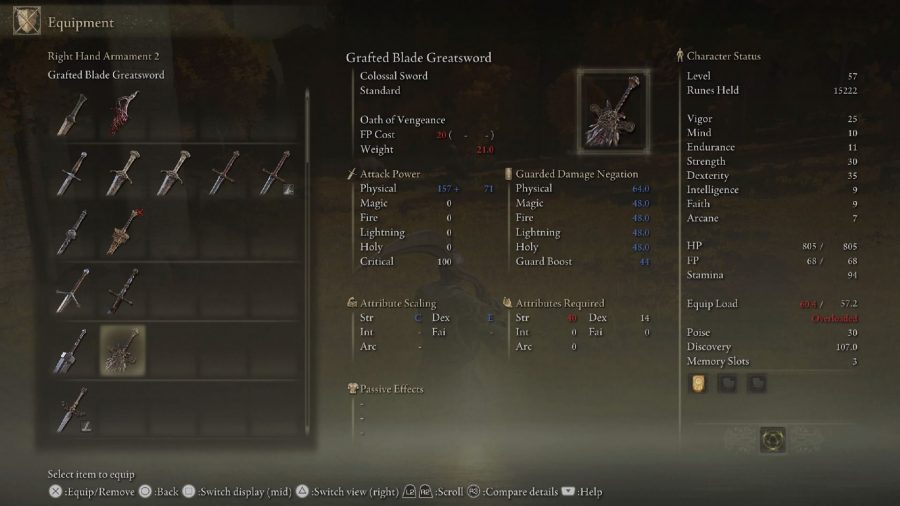 If you manage to kill Leonine Misbegotten at Castle Mourne, you will be gifted the incredible Grafted Blade Greatsword. Requiring an eye-watering insane amount of Strength, 40 to be exact, it is easily one of the most powerful weapons in the game.

Large swings, powerful hits, and looking like an absolute badass while doing it is what the Grafted Blade Greatsword is all about and it would be hard to find a weapon that has a better visual character than this. 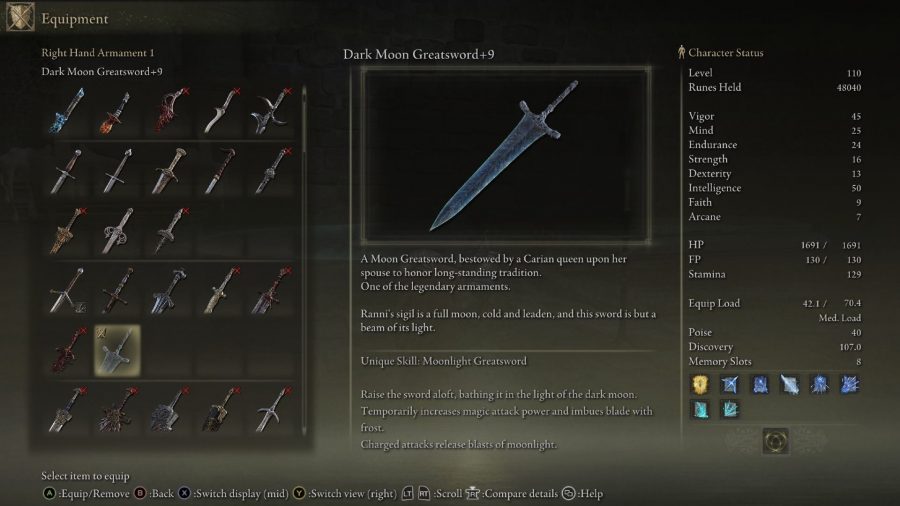 The Dark Moon Greatsword is undoubtedly one of the strongest weapon in the game, continuing FromSoftware’s love of including the fabled weapon in their games.

With high attack for both normal and magic stats. Its skill is also immensely powerful as it raises magic attack power and imbues the blade with frost damage, releasing charges of moonlight damage upon charged attacks. You will need to follow Ranni’s questline to be able to get it, but it is one of the strongest weapons in the game so it is worth going after. 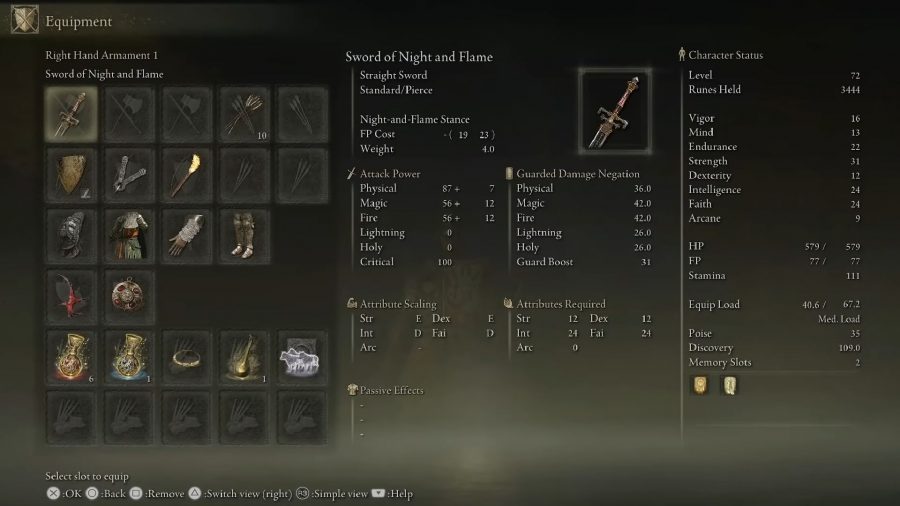 Despite a recent nerf, the Sword of Night and Flame in Elden Ring is still one of the stronger weapons you can pick up.

Its high attack is bolstered by an insane skill that can clear out foes surrounding you. The damage of this ability has been nerfed, but it is still formidable. 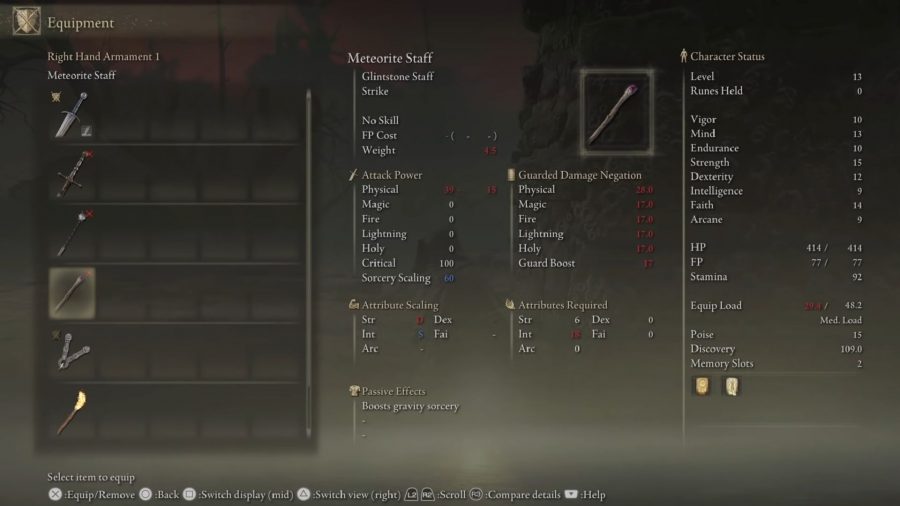 There is only one Staff on this list, but it is a powerful one. The Meteorite Staff is one of the best Elden Ring weapons as it scales with Intelligence and has an S rank for that scaling.

It also boosts Gravity sorceries, which are some of the most powerful sorceries in the game and means that a dedicated mage can use it throughout the normal and new game plus runs, as well as players who simply like to spice up their playstyle with a spell here and there.

That covers some of our choices for the best weapons in Elden Ring. For more tips, while you play, check out how to level up in Elden Ring, the Elden Ring boss order, and our Elden Ring walkthrough for more guides. If you’re a Dungeons and Dragons fan, you might want to read Wargamer’s guide on how to play your DnD character like Elden Ring.