Agheel will fly around, shoot fire and generally make you life as difficult as possible. However, there are some tips you can take onboard to make the fight a lot easier, although it is still somewhat of a challenge, as you will have to dodge some of his attacks and tailswipes.

The main tip when it comes to beating Flying Dragon Agheel is to fight him on horseback as it offers you greater movement options. On top of that, the optimum place to be is right next to his two legs. These aren’t his weak spot, but you can land a hit on his tail here which does more damage.

The reason why you need to stick to his backside is because attacking Agheel from the front opens you up to more attacks, such as his bites, lunges and swipes. 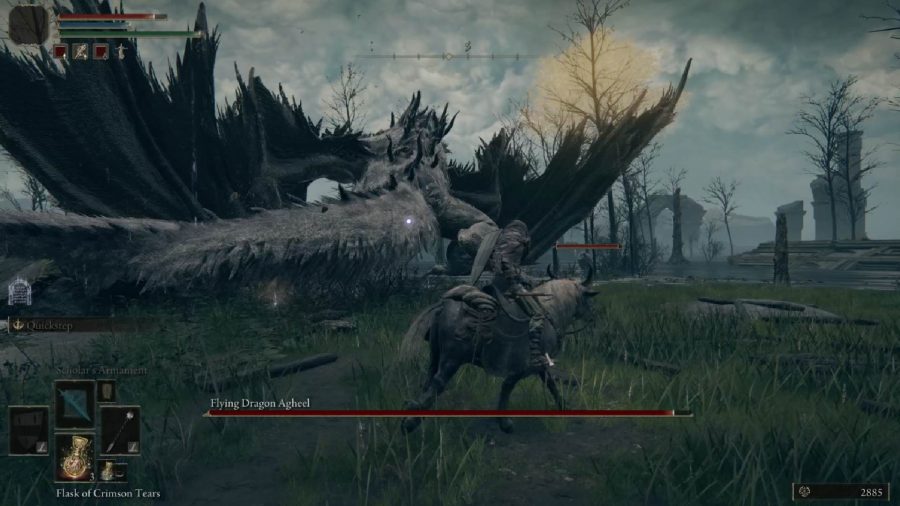 The two attacks you do need to watch out for when you are behind him though are his stomp, which can be dodged by dashing on Torrent and his tail swipe. This is the only other significant attack he can do while you are right behind him.

To dodge the swipe, you want to wait till his tail begins to curl around his left side and immediately dash away from him to get out of the attack’s path.

Occasionally he will lunge forward slightly while you are behind him, which is why it is always best to be positioned behind his legs on underneath his tail. It keeps you out of the way of those lunges. 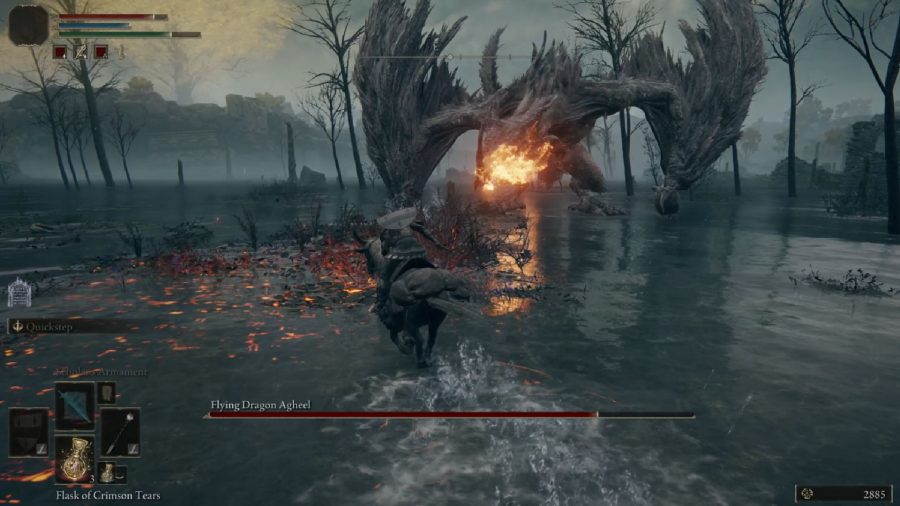 Beyond that, if you are every at a distance from him you want to charge towards him and try to strike his head and end up under him again. However, if he breathes fire while you are charging, instead ride in a curve around him, so you end up behind his legs again.

If he screams at you while you are far away from him, he will perform a multi-hit combo, which can be easily dodged by riding around him in a ide arc.

If while you are under him he jumps up in the air and begins breathing fire, immediately charge as far away from him as possible as you will be obliterated in the attack. This attack encompasses a small circular area beneath Agheel.

He can also do a similar attack, but instead of breathing fire he will wait in the air for a while, before crashing down. This is the hardest attack to dodge, but you want to mostly ride in a straight line and then right before he begins to fly down, dash in a 45 degree angle to avoid the slam.

He can also do another fire attack, where he flies in a straight line and spews fire in one direction. If you are directly under him, dash in the opposite direction of his flight path to avoid the attack altogether. Otherwise, simply charge away from him to avoid the fire. 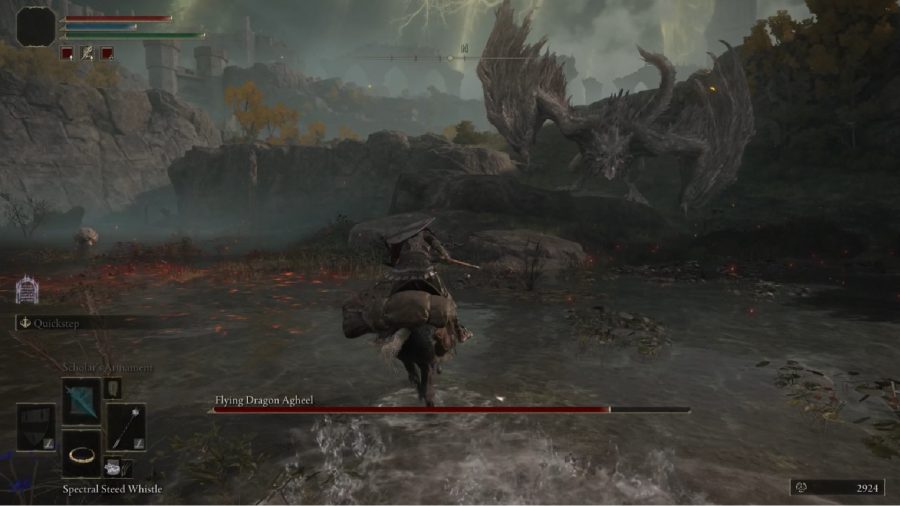 If Agheel ends up on the rough grounds and hillside, or some debris, try to pull him back to the main body of water as it is much easier to fight him there.

And, that covers it. Agheel is one of the tankier bosses in the game, but he is quite easy to dodge and shouldn’t cause you too much hassle after you get a glimpse of his moveset.

So now that you have beaten Flying Dragon Agheel in Elden Ring, why not take a look at some of the other bosses in Limgrave in our Elden Ring walkthrough, which is filled with tips and tricks.