The best PS4 games are like pizza toppings when you think about it – everyone thinks their choice is the correct one, but really it all comes down to a myriad of personal tastes and preferences that are different for each individual. And then there’s always someone who puts pineapple on theirs. Their pizza, that is, not their PS4. Here at The Loadout, we love multiplayer action and excitement, so most of our picks reflect that. We’re known for reporting on the biggest esports games, however, some alternative games broke the mould and had such an impact on us that we couldn’t not include them.

Even though the PS5 is out, the console has backwards compatibility, so questions surrounding the best PS4 games will continue throughout 2022 and beyond.

The PS4 has such a wide variety of games that there really is something for everyone, regardless of taste or preference. Maybe your favourite PS4 games don’t match ours, or those of the biggest streamers, but at the end of the day, it doesn’t matter as long as you’re true to yourself.

We’ve made the decision to leave our choices unranked. The games we’ve chosen appear in no particular order because, honestly, who can choose between them?

Here are the best PS4 games: 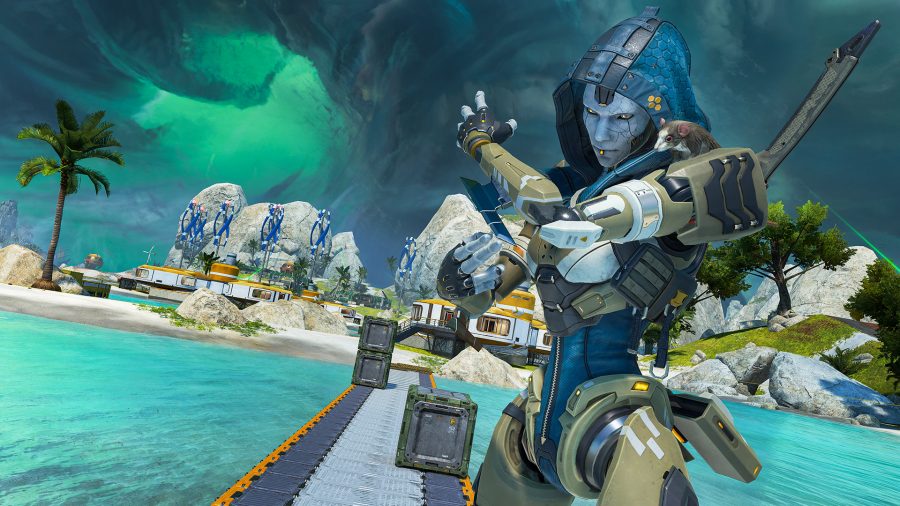 Its in-depth lore, range of character abilities, and stylised take on the battle royale genre makes Apex Legends a clear pick for the best PS4 games and the best PS4 multiplayer games. For us, the movement mechanics and unique characters put it at the pinnacle of battle royale games. While it is available on other platforms, remapping the DualShock 4 allows you to seamlessly slide around the map to your heart’s content.

Whether you just want to hang out with your mates with some quick-fire games or knuckle down and test your mettle in Apex Legends’ ranked playlists, you can get a wide range of experiences just by logging into this free-to-play game. The regular updates keep everything fresh, and PvE story elements introduce more of that glorious Titanfall lore every week. Now we’re just waiting for the Titans to appear… 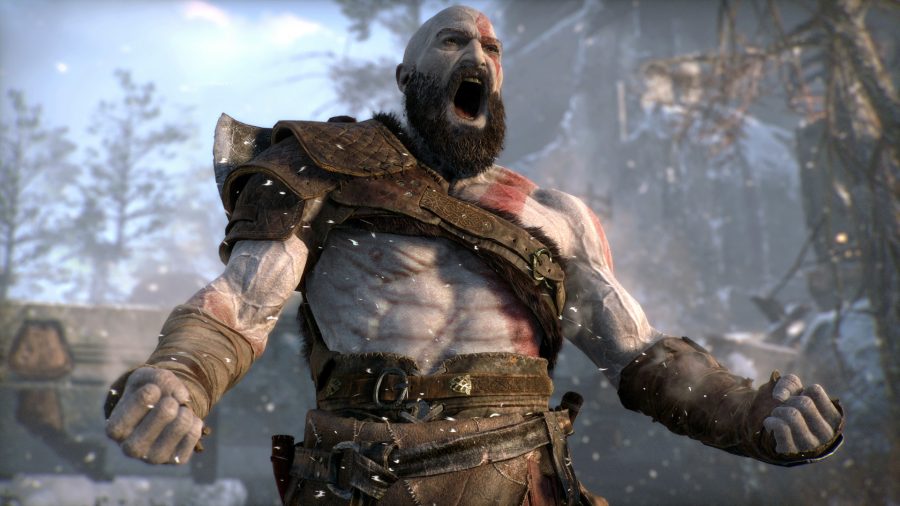 It wouldn’t be a best PS4 games list without God of War, would it? Kratos gets to unleash his fury in this open world action game and, together with some slick puzzles, you’ll be challenged by all of the game’s offerings.

God of War also looks gorgeous on the PS4 (and PS5, of course) and it’s the perfect game to pick up if you’re a fan of the series. 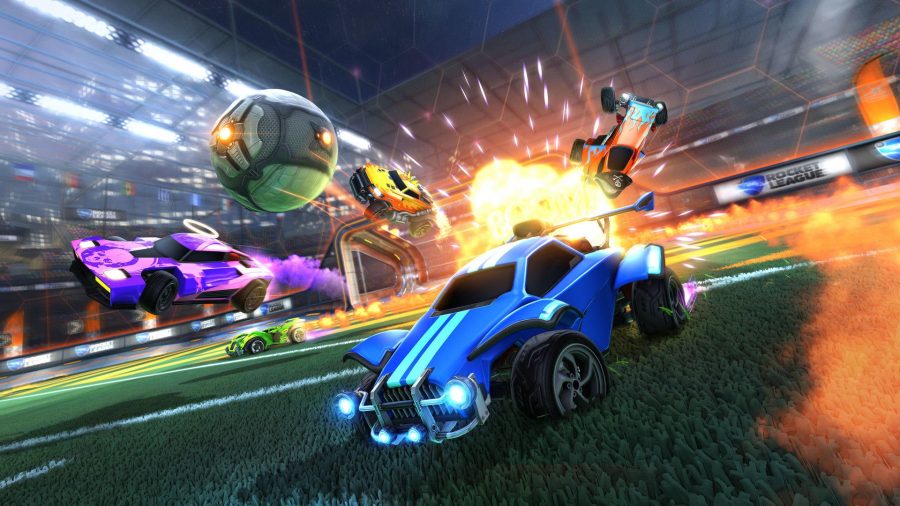 Everyone’s favourite four-wheeled footie game is a PS4 staple already. But with its free-to-play update, the game received a huge influx of players. Rocket League already has a healthy online community, but hopefully this will take Rocket League to the next level.

While Rocket League’s best cars are pretty much unquestioned at this point, the number of customisation options can give your ride a unique, personal touch. Putting a five-year-old game into this list could be controversial, but the big update opens an Octane-sized door for thousands of new players and puts Rocket League in the running for the best PS4 games of 2021. 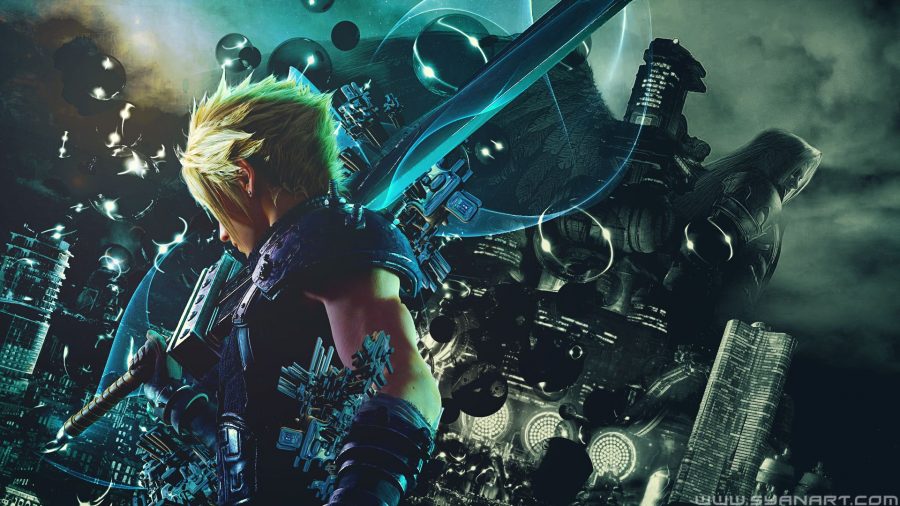 Remakes often have a hard time living up to their predecessors. They have to overcome the nostalgia of the original, while simultaneously updating graphics and mechanics without losing touch with the soul of the game. That said, Final Fantasy 7 Remake navigates these tricky seas with ease, emerging glistening from the storm.

Although we’re not usually into single-player games, this is one of the few we deem worthy of making our list. If you value a single-player experience above anything else, Final Fantasy 7 is one of the best PS4 games in 2021 for sure. Midgar has had a makeover, while Cloud, Aerith, Tifa, and co. look better than ever, so there’s never been a better time to reminisce on your memories of the original or jump into the series for the first time. 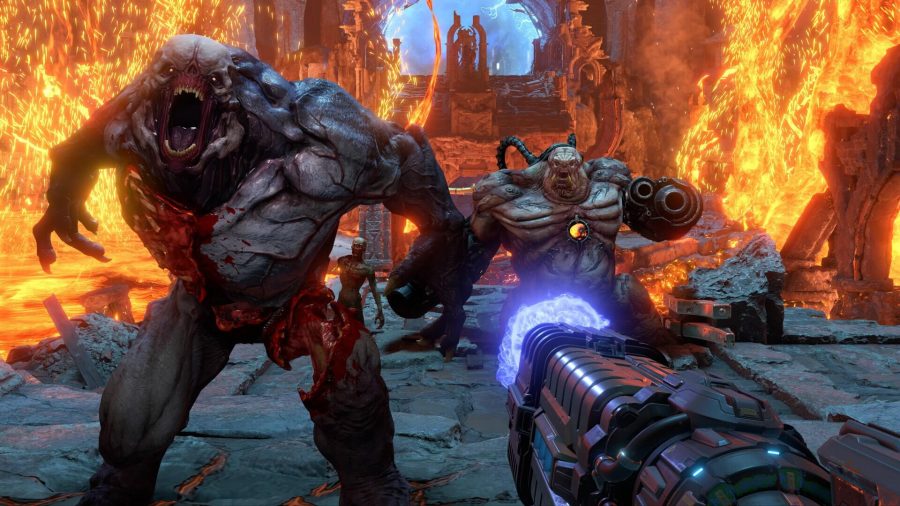 Another of the PS4’s (mostly) single-player offerings, the fast-paced, metal-soundtracked journey through hell is big, brash, and unsubtle, but great fun. The campaign is up there as one of the finest from a first-person shooter, the high tempo never lets up for a second, yet somehow it never tires you out. Based on its campaign alone, Doom Eternal deserves a place on the best PS4 games of 2021.

The Battlemode multiplayer is fine, but the best moments are when you are left on your own in a room filled with vile hellspawn and you can remove limbs, explode heads, and generally fuck up demons in more ways than you could possibly imagine. 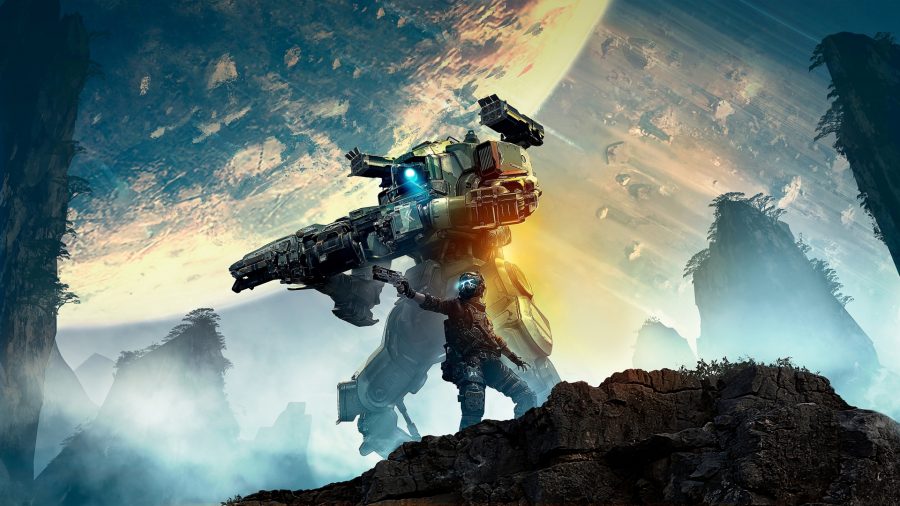 Despite being released nearly five years ago, Titanfall 2 is one of the best PS4 games in 2021 because it single-handedly revolutionised the way we see the FPS genre. The succinct campaign brought us wall-running, heart-wrenching story beats, and of course inspired Apex Legends. The real standout features in Titanfall 2 are the blend of first-person shooter action and third-person Titan warfare. The large battles give you a sense of scale and the feeling that you are a small part of a much bigger war – as well as being a small pilot-shaped cog in the hulking automaton BT-7274.

Read more: How to improve at Apex Legends ranked matches

Movement feels fast and natural, combining the sliding, wall-running, and titan action for a smooth experience all around. It’s safe to say Titanfall 2 is a genre-defining game, and worth picking up, whether that’s for the first time or to remind yourself of how good an FPS can be. 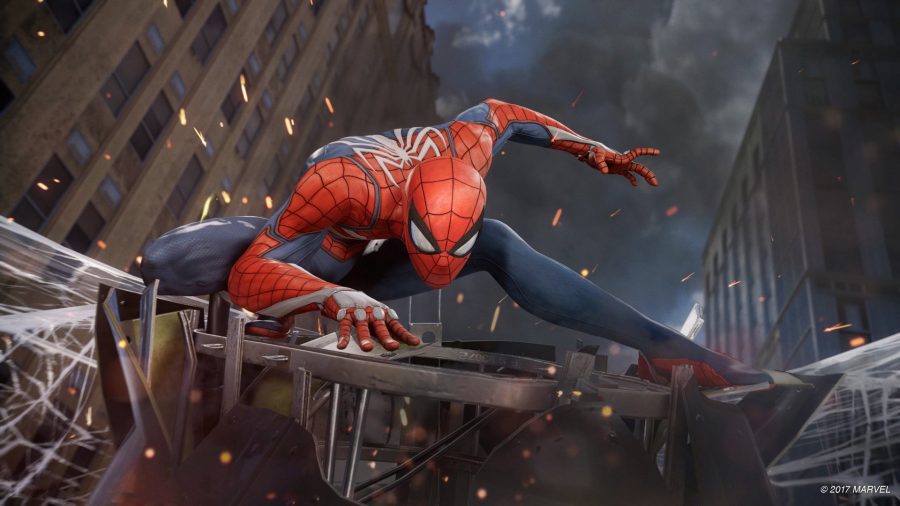 It’s no wonder you’ll hear Spider-Man mentioned as one of the best PS4 games in 2021 and beyond, because it combines all the best parts of being a superhero into one near-perfect package. Swing through a stunningly-detailed recreation of Manhattan to defeat a host of evil villains and bring some semblance of peace to the Big Apple. The sequel, starring Miles Morales, is available on the PS4 as well as on next-gen, so if you’re not upgrading your system, you can still get your superhero fix.

The best part of Spider-Man is the swinging, for sure, but it is equally satisfying to nail combat combos to disarm enemies, wrap them in web, or simply kick them into oblivion. Your spidey-senses will help dodge and parry enemy blows, and the variety of opposing factions and villain types keeps things interesting. It’s also great fun to comb the streets for every collectible – most of which are references to the comics or movies. Upgrade your suit, unlock iconic outfits, and don’t let anything get in the way of justice. 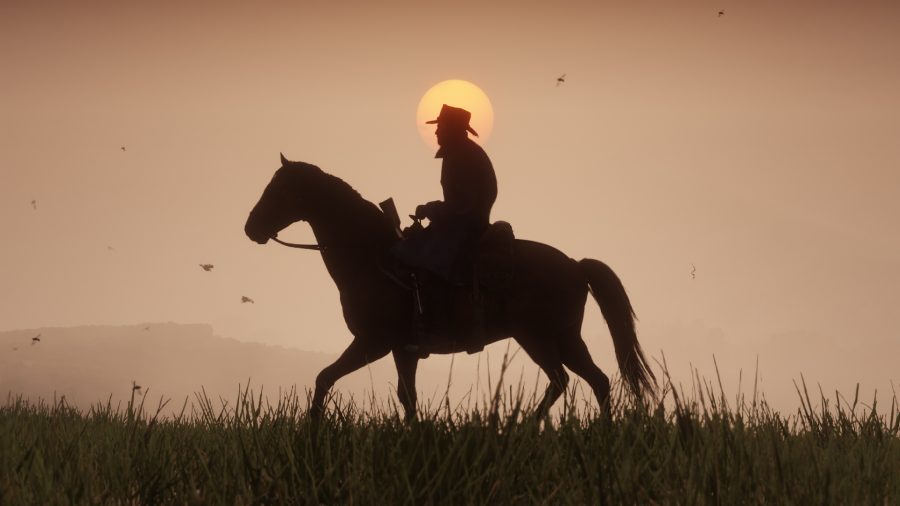 Red Dead Redemption 2 is one of the best open world games to have graced the PS4 store. With more duels, bounty hunters, and horses than you can shake a stick at, the game delivers a glorious epic that can be played time and time again.

While the campaign will take up the vast majority of your time, Rockstar’s online offerings are still going strong, allowing you to live your wildest West fantasy surrounded by your gun-toting friends. 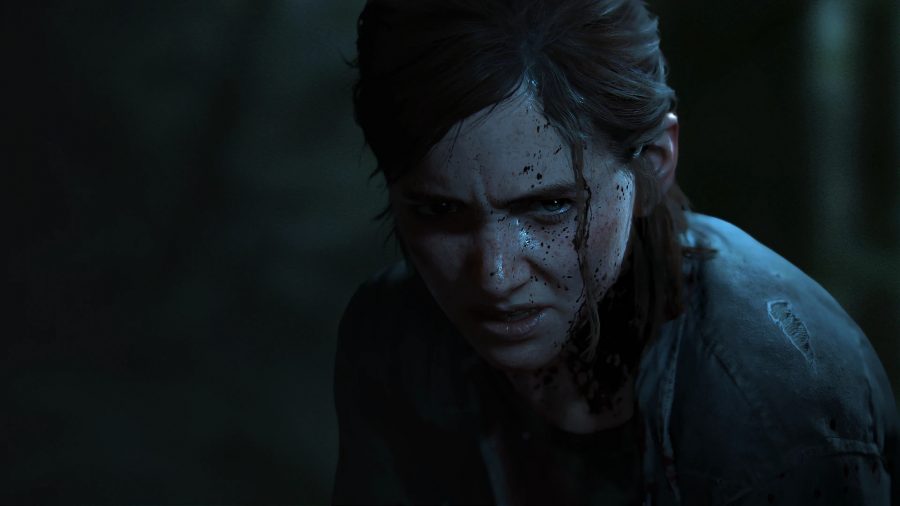 When the conversation about the best PS4 game of 2021 comes around, The Last of Us Part 2 is always mentioned – and for good reason seeing as it was crowned Game of the Year at the 2020 Game Awards. Already considered one of the best games ever made, the third-person stealth shooter follows protagonist Ellie as she navigates life and love in a zombie apocalypse.

This isn’t a game that you can drop into for a little fun, but the gritty campaign is both graphically and narratively beautiful. Every level blends seamlessly into the next, and each offers an unthinkable variety of paths through – some violent, some stealth, and some a bit of both.

The combination of gripping story and freedom to move through The Last of Us 2’s levels however you like made it a hit with streamers on Twitch when it launched. Over 300,000 people tuned into some of the platform’s biggest streamers on launch day, which is one of the highest peak audiences ever for a single-player title on Twitch.

Obviously, you should play through the first game before tackling this, but be ready to have everything you thought you knew about games blown completely out of the water. It’s also made our list of the best PS5 games, so if you’ve had chance to upgrade make sure you play it there. 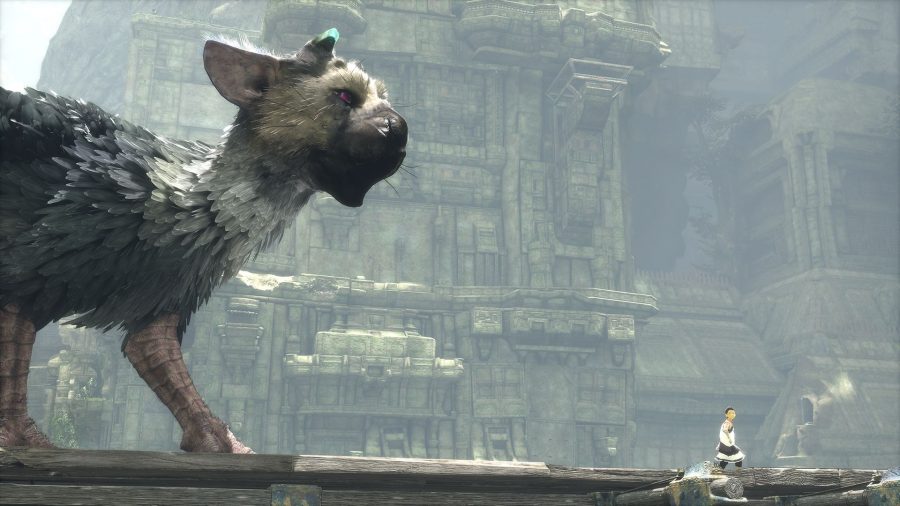 Another single-player game for out list, The Last Guardian is a testament to worldbuilding, narrative, and artificial intelligence. Trico, the giant mythical beast that accompanies you on your quest to escape the ancient pit you find yourself trapped in, behaves exactly like an animal should. Yes, there are a couple of glitches here and there, but generally Team Ico nails Trico’s animal tendencies to create a beautiful creature in a mysterious world.

Make sure to give your feline-ish friend lots of pats and care to make sure he responds to your instructions as best as possible. Work together through innovative platforming puzzles to make your escape, battling against the crumbling city’s defenders as well as your own fears. Cooperation is key, and The Last Guardian is a wonderfully unique game that you’ll remember for years to come. 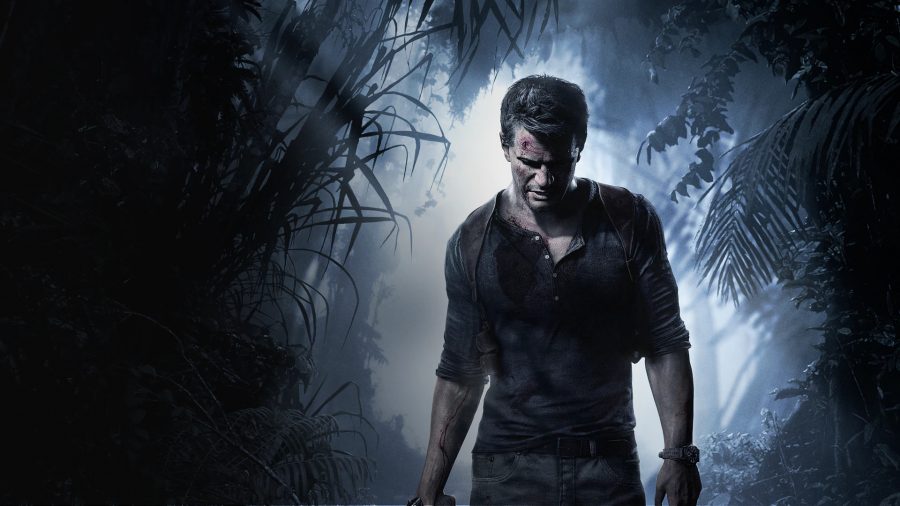 Unchartered 4 brings home the reality of being a relic hunter and Nathan Drake faces some pretty big choices in this hit game. It is still, however, a classic Unchartered game, full of breath-taking set pieces and a world that’s just begging to be explored.

While the story can be a little tedious in places, Uncharted 4 is one of the best in the series, making it a great PS4 game to have in your collection.

Whether you’re a single-player nut or a multiplayer master, the PS4 has plenty to offer. All you’ve got to do now is head to the pizzeria that is the PlayStation Store and gaze longingly up at the menu, wondering whether to go for a spicy pepperoni or a classic Neopolitan – a God of War or a Spider-Man.

Be sure to pick up the free-to-play options on this list just to try them for size, because there’s one thing that pizzerias don’t offer you: free pizza.