When you’re heading into large-scale 128-player battles, you need to know that you’re well equipped for the job. In other words, you need to make sure you’re using the best Battlefield 2042 guns for each and every situation. With dozens of weapons to choose from, across a variety of categories, working out which ones are worth your time and which ones aren’t is a battle in itself.

Of course, our list below is based on our experience and might not necessarily reflect your picks or your preference. We do our best to keep this guide updated with the Battlefield 2042 meta in mind, but if you find success with a gun that’s not on our list – keep using it.

Here are the best Battlefield 2042 guns: 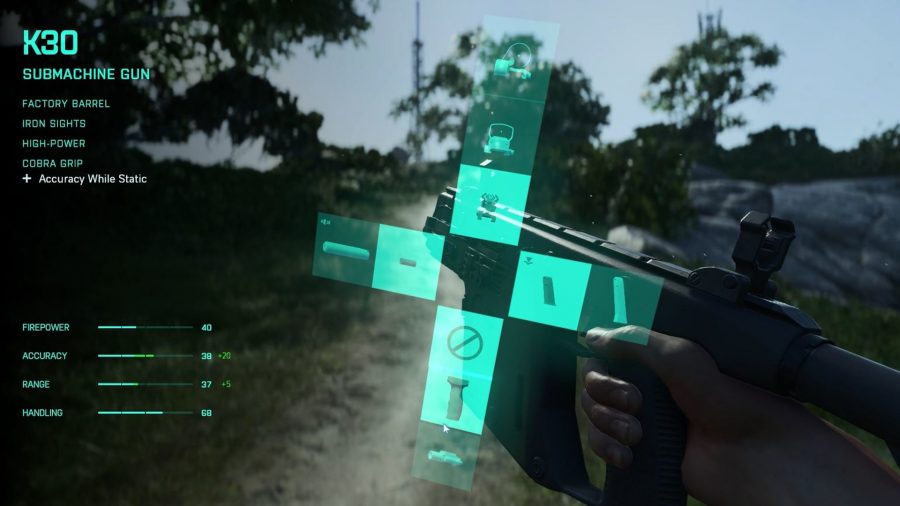 The K30 is undoubtedly the best SMG for Battlefield 2042. This gun, which is basically a KRISS Vector, is an absolute beast up close, killing enemies in one quick burst. Its impressive fire-rate, handling, and accuracy make it the perfect option for players who like playing up close. However, while you can slap an extended mag into the K30, it’s not quite enough to defeat multiple enemies at once. 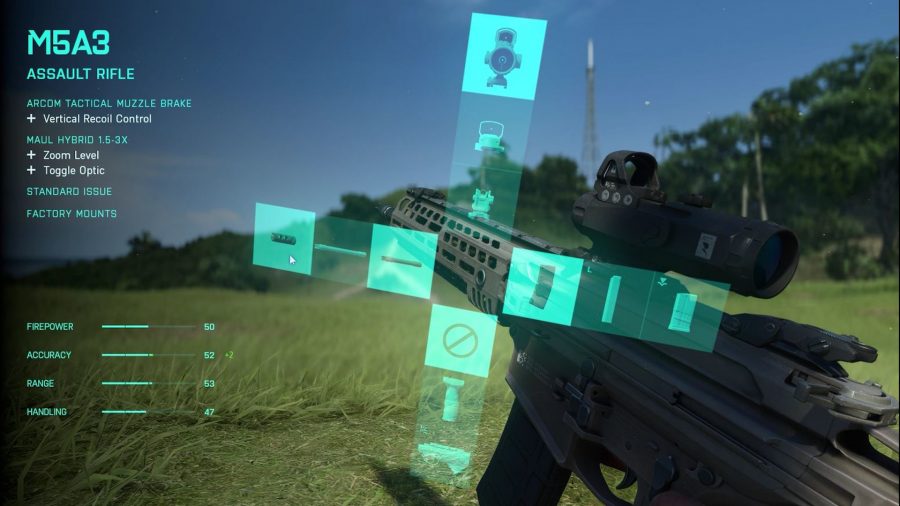 The M5A3 might look and feel like a starter gun, don’t sleep on it. This assault rifle is good at pretty much every range – especially if you use the canted sight and switch it to single fire for long range action. It also has one of the more controllable recoil patterns in the game, thanks to its underbarrel attachments. It might not pack the same punch as the AK 24, but if you’re looking for a dependable gun that will carry you through multiple fights, this is the one for you. 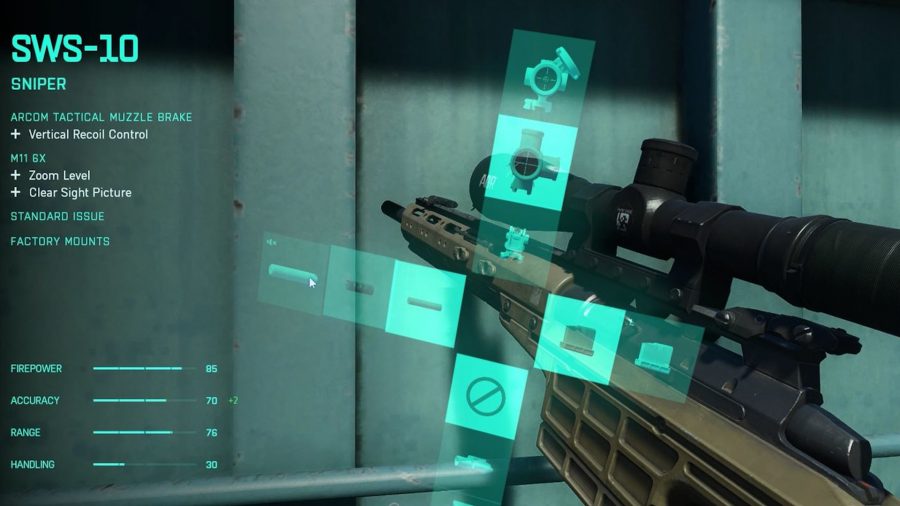 Every lone sniper needs a rifle that they can depend on. In Battlefield 2042, this is the SWS-10. This high-calibre bolt action rifle features a number of sights, including an 8x, and a variety of attachments – perfect if you’re having to adapt on the fly and fight off multiple threats at once. This rifle has premiere bullet velocity you won’t find anywhere else. 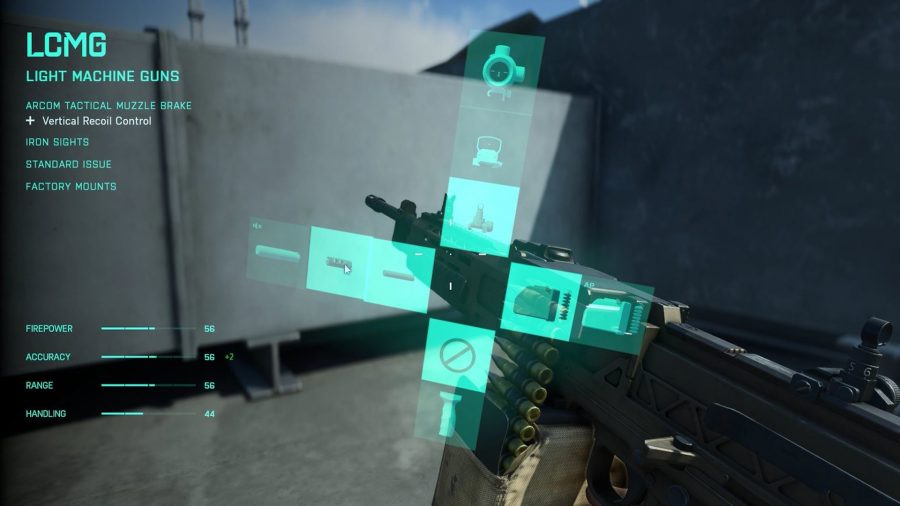 Sick of running out of bullets in the heat of the moment? The LCMG has you covered. In fact, this is one of the only guns in the game that has AP rounds – allowing you to damage vehicle armour and light materials. The LCMG is perfect for the support player in your team, and despite boasting fairly high firepower stats, it’s quite easy to control with a cobra grip. 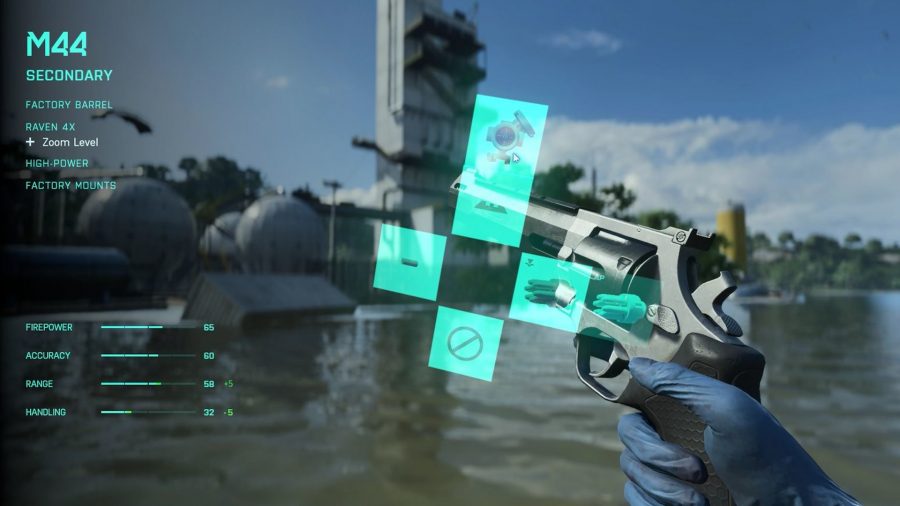 Want to carry a secondary that’s more than just a pistol? The M44 is a Magnum that comes with a Raven 4x scope and AP rounds. Yep, you read that right – this secondary has a zoom level not even afforded to some primaries. If you’re a hot shot or you’re running a loadout built for close-quarters, consider having the M44 as your secondary.

There you have it – our list of the best Battlefield 2042 guns so far based on the playtests and beta. We’ll update this list as soon as we’ve had time to experience the other guns in the game, but if you’re looking for reliable weapons that’ll get you through the roughest of rocket launches, you know where to come.