The base marksman rifle in Battlefield 2042 leaves a lot to be desired right now, but if you spend time ranking up, you’ll find there’s an outstanding one just around the corner. The best SVK Battlefield 2042 loadout is proving tricky to counter at the moment, mostly due to the fact this Russian semi-automatic’s firepower stats is unrivalled.

The gun, which has a max effective range of 1,500m, can terrorise players up close or at range and many are quickly discovering it’s one of the best Battlefield 2042 guns. But what makes the best SVK Battlefield 2042 loadout?

Well quite a few things, actually. While the gun’s base stats are pretty impressive, you’ll need to spend time unlocking multiple attachments to make this gun the very best it can be. For a start, the SVK has a 10x scope, allowing you to rain hell down on enemy objectives, plus it has some pretty interesting ammunition types too. So read on if you’re looking for the best SVK setup.

The SVK is by far the best marksman rifle in the game right now and it’s mostly due to its firepower stats. By equipping the right attachments – and having a few extra on standby – you can turn the tide of war around with this gun.

Let’s start in the optics department. The SVK has 14 sights available, but the one you’ll want to equip as default is the SBD 10x. This will allow you to keep your distance from the enemy, while still having an impact. As a secondary, we’d recommend having something that’s tailored more to the mid-range like the M22 3.5 or the Maul Hybrid.

For ammunition, Standard Issue / Extended Mag should be your go-to, but High Power should be on your Plus Menu as an option too.

Mount wise, there are a couple of options. If you’re looking to stay stationary and tag enemies from afar, the ADR Bipod is a safe bet here. This will help your recoil control and sway while stationary. However, if you want to go on the prowl, the BCG Light Grip is a good option.

Last but not least, the Champion Muzzle Break should be your standard barrel attachment. This boosts your accuracy and range by 20 and ten points respectively, while boosting your vertical recoil control. As a secondary option, we’d recommend packing a silencer like the 6KU Suppressor for when you need to stay quiet. Alternatively, the Shortened Barrel is fantastic if you want to improve your rate of fire. 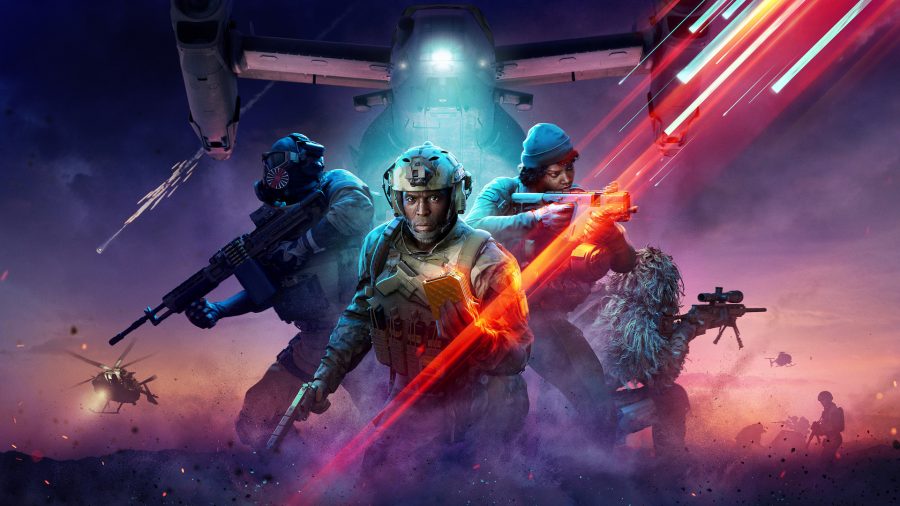 You can play most of the gadgets with the SVK in Battlefield 2042, but we’d recommend picking either the C5 or the Insertion Beacon to help your team out with respawns at a later date.

There are ten Battlefield 2042 specialists to pick from in-game right now and realistically speaking you can play anyone with the SVK. There are, however, a few specialists that might be better suited to the job. These are Casper, Navin, and Ji-Soo.

Casper’s Drone spots enemies and can disorientate them and his movement sensor alerts you to approaching enemies. Navin’s Cyber Warfare Suite allows you to hack nearby enemy equipment, helping you to reveal enemy locations and Ji-Soo’s Scanner shows hostiles in cover.

So there you go, our guide to the best SVK Battlefield 2042 loadout. This should boost your marksman abilities in no time.