Do you want the firing ability of a submachine gun, but the power of a standard assault rifle? Well, do we have a Battlefield 2042 weapon for you. Say hello to the AC-42, a next-generation Russian AR that’ll rival some of the best Battlefield 2042 guns in the game.

This bullpup gun comes with a whole host of attachments, and getting to grips with which ones will turn you into a medal-winning soldier is a difficult undertaking. Fortunately for you, though, we’ve spent hours in-game trying out each and every one, and we’re confident that we’ve already found the best AC-42 Battlefield 2042 loadout.

Intrigued? Read on to find out what attachments we’ve slapped on this bad boy, including what gadgets and specialists we’d pair up with it too for your next big Conquest adventure. Here’s everything you need to know about our best AC-42 Battlefield 2042 loadout.

Are you looking to take the fight to the enemy? Then the best AC-42 Battlefield 2042 loadout is for you. There’s no messing around with this build – as you’ll soon find out – so if you like attacking and nothing else, make sure to pick up this gun.

The AC-42 has 14 compatible scopes which cover all distances. However, this fast-firing weapon is best when used at medium to short ranges, so you’ll want to avoid using hybrid scopes if you can. We’ve opted for the UH-1 SMART 1.5x scope, since it’s great at both distances, but something like the SHAN 2.5x will help you scan the horizon too.

To complement the XDR, we’ve selected the Warhawk Compensator as the barrel attachment, as it’s the only one that doesn’t have a negative effect on recoil. The Warhawk improves vertical recoil control, but if you’re looking to be a bit stealthier, the Wrapped Suppressor is a good shout.

For ammunition, we’ve kept things simple. For the default loadout, we’ve stuck with the Standard Issue ammunition as it has the biggest magazine size of the three options. The Subsonic option is great to have on your Plus Menu though, as the Tracer rounds come in mighty useful when fighting in dark, crowded areas.

Unlike our best SFAR-M Battlefield 2042 loadout, the AC-42 has endless under barrel attachments. While it might be tempting to slap a grenade launcher on this gun, you ideally want to pick something that’ll help you control the gun’s recoil pattern. Since it is extremely fast (it has a rate of fire of 1,200 RPM), we’d recommend running either the LS-1 Laser Sight, which will help you when hip firing, or the Rattlesnake Light Grip which improves your accuracy while moving. 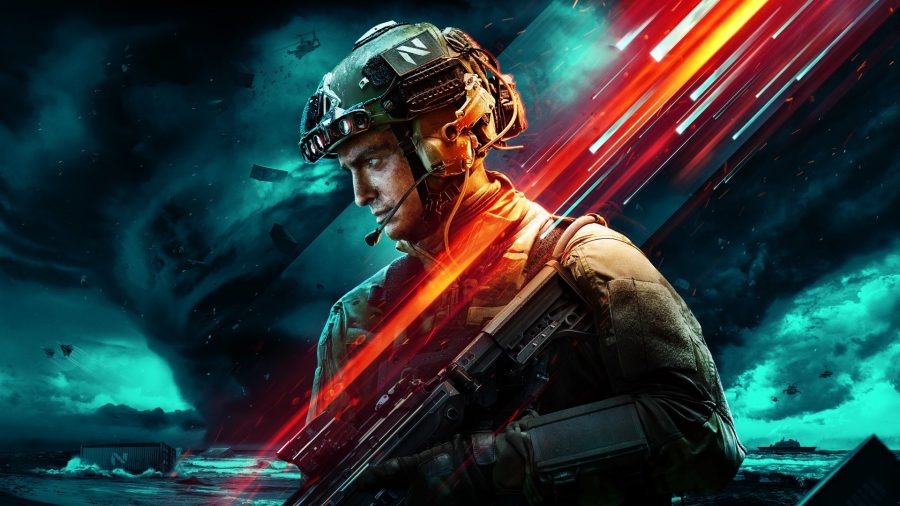 This bullpup rifle is effectively an SMG, so you’re going to need a lot of ammo where you’re going.

With that in mind, the best gadget for this AC-42 Battlefield 2042 loadout is the Ammo Crate.

These three specialists all have something in common: they’re built for close-quarters combat. MacKay’s Nimble trait allows him to move quicker while aiming down sights, Ji-Soon’s Threat Perception pings enemies who deal damage to you, and Dozer’s shield is super useful in tight situations.

There you have it – our best AC-42 Battlefield 2042 loadout. We’ll update this guide if we spot any other brilliant builds, but for now, enjoy having the upper hand on the battlefield.