Apex Legends burst onto the gaming scene on February 4, 2019, and it hasn’t stopped evolving since. The first-person shooter soon staked its claim as one of the best battle royale games by seamlessly blending gameplay and lore – and never once stopping to catch its breath.

The game has changed a lot in two years. We’ve seen new maps come and go (and then return again irreparably scarred), the roster of characters double (even with some being killed off before they even make it to the games), and countless balancing attempts happen every season. Remember when Evo Shields were a rare sight and the Peacekeeper was ground loot? Remember Mirage Voyage?

But how does a game with a ranked play system and some of the biggest esports tournaments balance constant changes, how does the development team decide what needs adding to the meta of a battle royale game – and when do you stop? We asked Respawn’s game director Chad Grenier and concept art director Steve Ferreira just that.

“Everything we look at is always gameplay first,” Ferreira tells The Loadout. “And making sure that we feel that we’ve got something solid there. We’ve got a culture of playtesting the game every day, multiple times a day. So that’s kind of the vanguard of the creative process of starting with gameplay.”

Take the newest addition to Apex Legends, Fuse, for example, whose arrival is set to be explosive in every sense of the word. Respawn specifically wants to shake up the meta and admits to leaning towards the stronger side when new legends are released.

“In terms of how we approached Fuse,” says Ferreira, “we’d definitely rather push the envelope and release a character that has a big splash and really shakes things up in the meta, rather than have a character that drops and really kind of doesn’t have an impact at all.”

Compare Horizon’s release to Rampart’s in Season 6 and you immediately see the difference. Despite a number of small nerfs to her abilities, Horizon still claims a spot in many teams, even at the most competitive level. Rampart on the other hand, not so much.

Fun is at the heart of everything, because if it’s not fun it doesn’t really matter

But no matter how much playtesting is done at the studio, there’s nothing that can beat sending a change live – be it a legend, a weapon, or a map – and measuring the data of thousands of players. While releases are dialled towards the more powerful side in the name of impact and fun, Ferreira and Grenier emphasise the importance of carefully managing new additions to the game after they are first introduced. 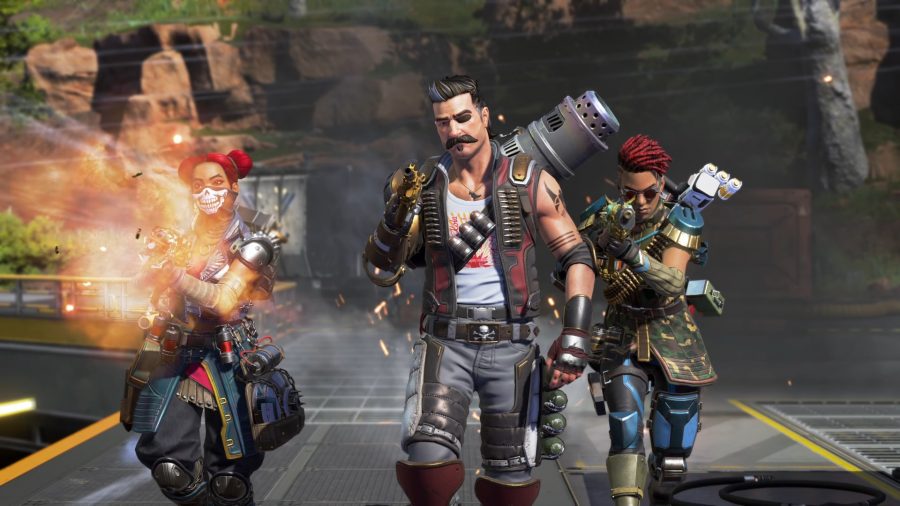 No matter how much testing is done in-studio, Grenier knows that none of the devs are as good as the players who dedicate their free time to jumping into Kings Canyon, World’s Edge, and Olympus. “The fans are way better at the game than I ever thought they would be – and way better than us,” he says. “Like, the minute that we release something, we see its true power… You can’t predict that.”

You may not be able to predict the true power of a new release, but you can certainly aim it at a particular part of the meta that you want to shake up. And if you watch any ALGS tournament or high-level ranked play from the biggest streamers on Twitch – the endgame nearly always involves teams hiding out in buildings until the last possible moment. From a competitive standpoint, it makes for a tense final quarter of a match before the inevitable free-for-all as the final circle pushes every team into the open. However, this could all be about to change thanks to one Walter Fitzroy – better known as Fuse.

“When we start any character, the first thing we look at is what kind of design space have we not touched on yet or what can we do to kind of shift the current meta – whether it’s in competitive play, or for a casual player,” explains Ferreira. “So when we started out with Fuse, he’s all about blowing things up. That’s fun, that’s obviously just on its face value, a fun fantasy to fulfill – but there’s actually intent there, and that was to look at the role that ordnance plays in the game, and change that up.” 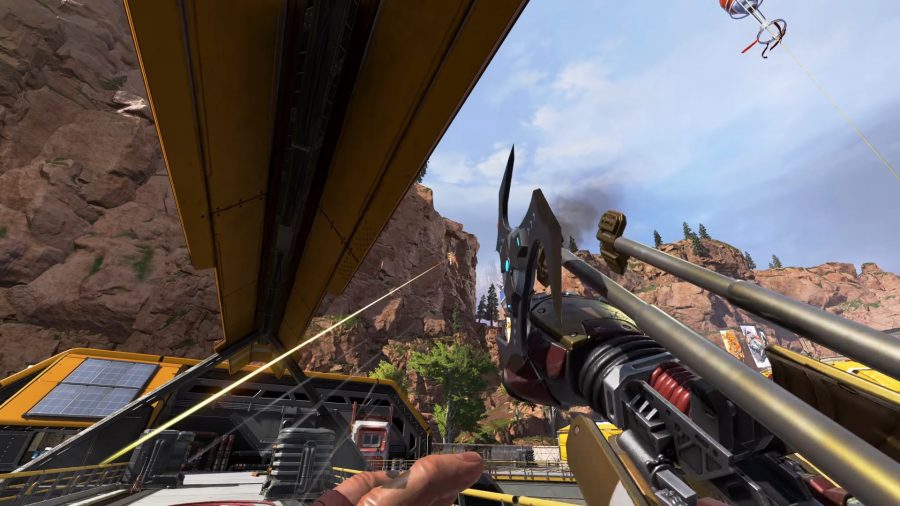 Any Apex Predator worth their salt will know to stock up on Arc Stars and a couple of Thermites before committing to combat, but the focus on ‘nades could prove explosive for the meta. New legends don’t usually outperform the likes of Wraith and Bloodhound straight away, but Fuse’s ability to carry stacks of grenades – much like Wattson can stack two Ultimate Accelerants – will drive opposing teams out of buildings and cover like no other character can.

We've learned that it's okay to shake things up, and that players actually respond well

His prosthetic arm has enhanced throwing capabilities and he has an AR reticle that helps him to bounce grenades off surfaces with unerring accuracy and boosted speed. Put simply, he’s a bunker buster with his own fiery brand of fun. Fuse’s ultimate ability – The Motherlode – traps enemies in a ring of fire, where you can then gift them a lifetime supply of grenades (pin not included).

This could seriously change the dynamics of endgames in Apex Legends ranked matches, but it has ramifications in all levels of play.

“The idea is to start changing up how we think about using ordnance and the value it has in the meta,” explains Ferreira. But despite the fact that Fuse’s kit is designed specifically with the meta in mind – Ferreira emphasises the importance of fun.

“Fun is at the heart of everything, because if it’s not fun it doesn’t really matter,” he says. And with Fuse’s release, Respawn doubled down on the fun. “One thing that we learned from the past that we took into Fuse was to not overthink it and try to overly balance it before release. Instead, make sure that it’s fun, make sure that we enjoy playing with that character, make sure we think the fans are going to enjoy playing with that character. And then we’ll balance it on the back end once we actually have it in the live environment and get feedback.” 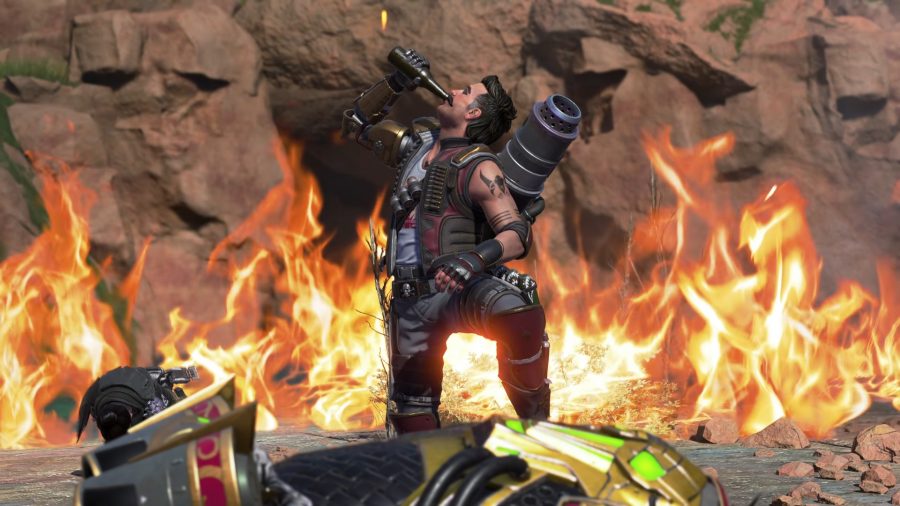 It’s a bold strategy, but it’s largely worked for them so far. Last season, players’ reaction to new legend Horizon was largely positive (despite calls to nerf her abilities), and Fuse’s entrance this season has already completely altered Kings Canyon. When we asked Grenier about the biggest thing he’s learned over Apex Legends’ two-year lifespan, he says that taking big risks and changing fundamental elements of the game has only yielded positive results.

“Don’t be afraid to try new cool things in a game that’s been out for two years,” he says. “I think the easy thing to do is just protect what’s there and protect the user base and be very cautious – the last thing you want is players to stop playing. We haven’t done that, we’ve taken a lot of risks and I think it’s really paid off.

“We continue to shake the game up – we’re not afraid to add a map, subtract a map, or drop a giant spaceship into a map. So I think we’ve learned that it’s okay to shake things up, and that players actually respond well to it. And this is a live game, it can be always changing and evolving. So we’ll continue to do that.” 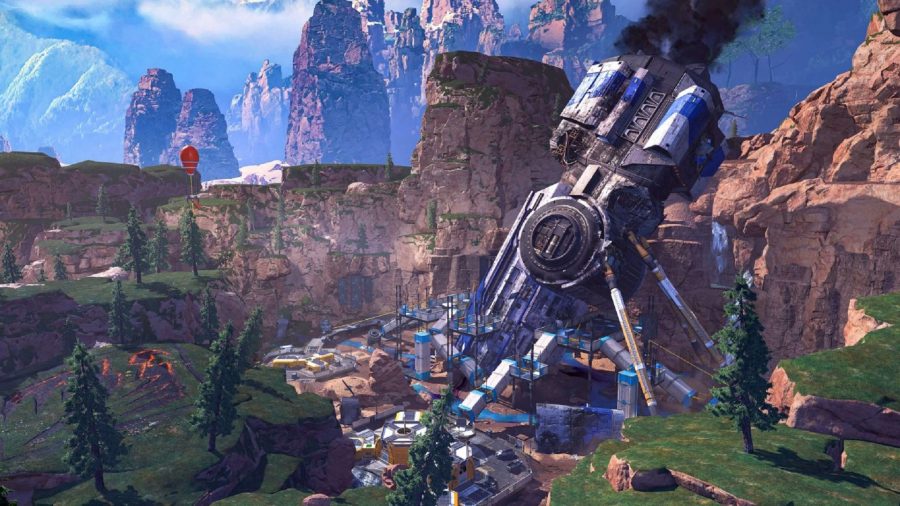 Looking at the past two years, neither Ferreira nor Grenier have any regrets. “I’m not the type to have many regrets,” Grenier explains. “You’ve either done something that you’re proud of, or you’ve learned something valuable for the future. Everything we’ve done has led us to this place where we’ve got this tremendous, awesome game that has many, many passionate fans.

“And so looking back, if we would have changed anything, maybe we wouldn’t have ended up here. So everything’s happened and has ended up in a good place.”

But this isn’t the end for Apex Legends. A novel of lore is due out this month, a new bolt-action rifle drops in-game tomorrow, and the developers are already on seasons that we haven’t even considered yet. When Season 8: Mayhem kicks off tomorrow, players will be jumping back into Kings Canyon to get a feel for the new locations, wreak havoc with Fuse, and throw shitloads of grenades while they’re at it.

In Season 9, Apex Legends will evolve again. But until then, enjoy the mayhem.