Valorant, Riot Games’ tactical shooter, requires you to stay on top of the ever-developing meta as you go toe to toe with your enemies in thrilling first-person combat. With frequent changes detailed by a list of ever-growing Valorant patch notes, players will find that they’ll need to constantly adapt in order to climb the Valorant ranks.

Riot Games usually pushes a handful of updates out during an Episode’s Act, which all alter our Valorant tier list. The best agents one week might be Jett and Viper – next week, they might be Brimstone or Sage. Even in the updates that aren’t meta-changing, the latest Valorant patch notes often contain changes worth knowing.

So, if you’re looking to get up to speed with the latest alterations and balancing changes – or work out why your favourite agent is suddenly underperforming – here’s everything you need to know about the latest Valorant changes.

Valorant patch notes 5.0 is, unsurprisingly, filled with changes – though nothing for agents this time around. As the new Valorant Pearl map slides into the rotation, we will be saying a fond farewell to Split for the time being. Pearl’s not the only addition, either, with a new rank – Ascendant – being implemented in Competitive.

Valorant patch notes 4.11 introduces a brand new Clutch Mute feature to give you peace and quiet when you’re trying to 1v5 a round. There are also a whole host of bug fixes, including some major ones that are well worth a look at.

Clutch Mute – You now have the option to mass mute your teammates and/or party members so you can focus during clutch moments!

Valorant patch notes 4.10 is another smaller patch filled with fixes and optimisations. Riot also added new network charts to give players a better idea of how good their connection to the server is.

Added new Performance graph to display Shooting Error values for recent shots on the Client. This is the same information visible in the crosshair error settings, but should help players to better diagnose their own performance after an engagement.

Valorant patch notes 4.09 is a much smaller patch than its predecessor, though it still packs a meaningful change as Chamber’s (C) Trademark loses one of its charges.

“Right now, Chamber’s Trademark outperforms other Sentinel tools in both reliability and power, which feels inappropriate given the amount of defensive combat tools Chamber has spread across the rest of his kit.

We believe Chamber’s identity is defined by his unique weapons and defensive combat mobility, so we are decreasing his level of global flank protection/information and increasing counterplay on a single premium trap. This means Chamber will have to make a choice based on if he wants to play selfishly around his Trademark, or place it to help his teammates instead.

A quick note about Sentinels: When we think about the Sentinel role, we think about its overall ability to keep map control and defend space. We believe that Sentinels and Sentinel players should have many options and methods to control and defend, whether it’s through the use of Sage’s reactive slow abilities, Cypher’s flank-watching gadgets, or defensively-oriented combat and guns like Chamber.

Like all our Agents, it’s important to carve out sharp strengths and weaknesses for Chamber in the roster. If you take him for his weapon arsenal and disengage, you should feel as if you’re giving up a strength—like traps or stall—that his peers excel at. As usual, all eyes are now on Chamber changes, and we’ll adjust if we see him suffer disproportionately on defence relative to attack.” – Jay Watford, lead agent designer, and Dan Hardison, game designer.

Patch 4.08 for Valorant sets the game up for the introduction of Fade and a host of changes and fixes as a part of the new content drop.

Valorant skipped a patch after 4.06 was cancelled. This update adds new LATAM servers, a minor change to the Bulldog and Stinger’s firing delay when bring the weapons up to ADS, as well as the usual suite of bugfixes and system tweaks.

This update is a little lighter than the last, making an important change to Brimstone’s Stim Beacon alongside several smaller Game System updates.

You can read the full patch notes here, with comments from Valorant’s development team.

Yoru’s rework is finally here and is joined by several other interesting agent balancing changes. This update is also making substantial changes to Icebox – specifically B Site. There’s a lot to look forward to going into Episode 4 Act 2. 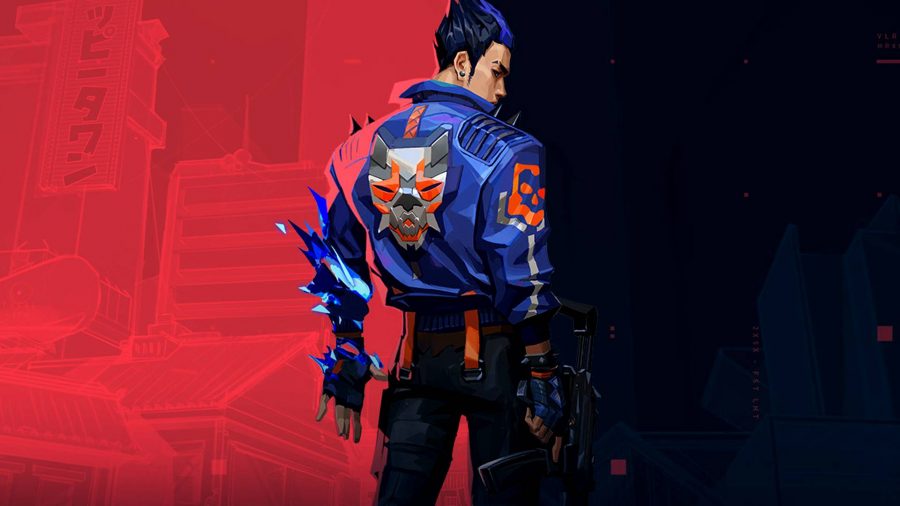 You can read the full patch notes here, including numerous bug fixes.

Good news, anti-Ares squad, the unruly LMG is being brought into check on Valorant patch 4.01. We know some choice phrases have been aimed at the slightly-overtuned gun, but you can always add them to the Muted Words List Riot is also implementing this time around.

Valorant Act 4 has finally arrived, and with it come a whole host of changes. From weapon tweaks, to map rejigs, to gating competitive for new accounts behind a level wall, there’s a lot going on. Oh, and of course there’s a brand new agent, Neon, for players to zip around with.

Valorant update 3.12 is the game’s latest patch and comes with some key new features, including agent-specific keybinds. Competitive play has also seen a nice new addition with the ability to report disruptive players during agent selection as you are chasing Valorant ranks. You can see the full patch notes below.

After what seems like a lifetime of waiting, Chamber has finally arrived in Valorant with update 3.10.

The French agent joins the game’s line-up, alongside a patch which makes five stacks for all Valorant ranks possible. There are a few caveats though, so you’re going to want to read the full patch notes in full below.

In a bid to reduce smurfing, limitations on five-stacks are being removed so players can squad up with their friends, regardless of rank. However, there are some small ruleset changes for this to mitigate competitive integrity changes.

To combat competitive integrity issues, four-stack queues are being removed as it negatively affects the performance of the soloq player. Riot hopes this option will reduce toxicity in game.

Valorant patch 3.09 is relatively small, but makes a couple of major changes. The most notable is that the Classic’s run-and-gun capabilities have been nerfed.

The Classic has been over-performing in close to mid-range encounters when used while jumping or on the move. So we’ve reduced the weapon’s effective accuracy while jumping, running, and walking, with the intent of narrowing it’s ideal use case to only really close ranges.

Another patch has arrived and it’s another small update. No agents have been tinkered with in Valorant patch 3.08, but a whole load of bugs have been fixed. It also comes at the same time as Riot’s Vanguard team say cheating reports in Valorant are at an all-time low.

Valorant update 3.07 is only a small one, with only a couple of minor agent changes. The biggest change is the removal of leaving penalties in Deathmatch mode.

A new Valorant update dropped on September 21 and with it comes a round of balancing changes to Skye, KAY/O, and Jett.

Riot says Skye’s flash has become “too effective”, so the unequip time has been increased to make it more difficult to capitalise on Guiding Light flashes than before. This means enemies will have more time to react. Her ultimate, Seekers, has also been made more expensive. KAY/O’s flash, on the other hand, has been buffed – rewarding players who throw innovative pop flashes. Jett’s kit has also been tweaked so that she has one less smoke and her ultimate is more predictable.

Radianite crates on Fracture, Icebox, Haven, Ascent, and Bind have all been made stronger, giving defenders more room to dig in.

A series of small bug fixes were also made in this patch. You can find them here. 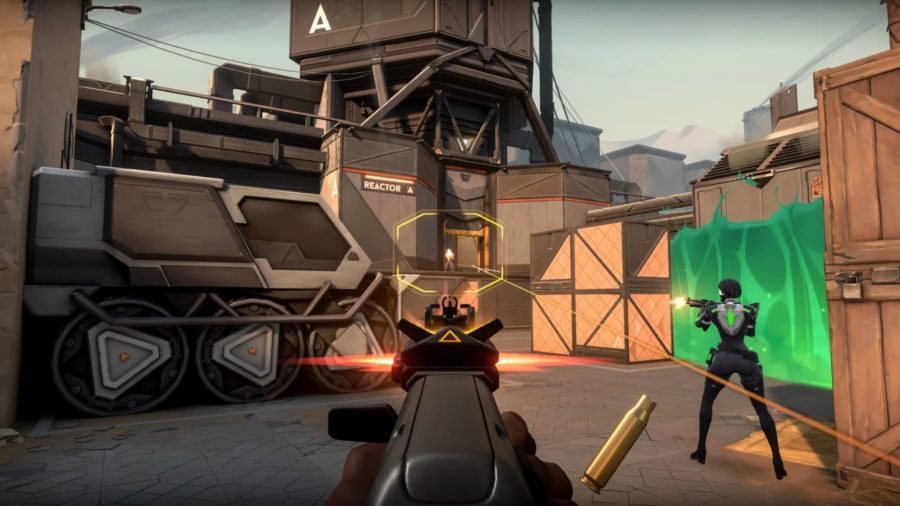 This patch brings Episode 3, Act 2 to the fore, introducing the likes of Fracture to the Valorant maps selection, as well as a new battle pass, and a new option for the ever-growing Valorant skins line.

It also sees the return of the Immortal ranks (I, II, III) return to competitive for the first time in months and a rank distribution alteration.

Killjoy’s turret not only deals damage to over-confident enemies, it also provides intel. To nerf the turret’s abilities ever so slightly for pistol rounds, Riot Games has altered its bullet tagging from 72.5% to 29.5%.

The bots will now cost 100 less to reflect this change.

You can find the full patch notes here.