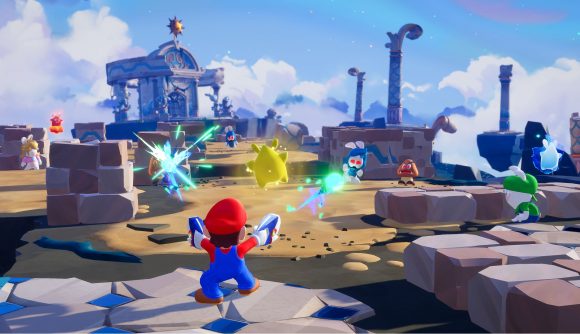 After some suggestions online and finger-crossing from fans, Nintendo has finally confirmed that a Nintendo Direct will happen on June 28, 2022. But, it is actually a smaller, mini-direct focused on third-party games.

The Nintendo Direct June 2022’s start time is set for June 28, 2022, at 6 AM PT, 9 AM ET, 2 PM BST, 3 PM CEST and it will run for 25 minutes. As mentioned, the show will focus exclusively on third-party games so don’t expect to see Splatoon ahead of the Splatoon 3 release date or Zelda’s next adventure ahead of The Legends of Zelda Breath of the Wild 2 release date.

But one game we can expect to hear about is Mario + Rabbids Sparks of Hope, which is set to release in 2022 and hasn’t been showcased since last Summer. Rumours have suggested Ubisoft will showcase the game this month and this seems like the best spot as it is technically a third-party game, with Ubisoft developing it. So hopefully we will get a gameplay breakdown and a Mario + Rabbids Sparks of Hope release date.

Other games likely to make an appearance are Ark on Switch and a new look at No Man’s Sky on the system.

The video will be available on YouTube and will not be a livestream, instead just being a video that Nintendo will post once the start time arrives. So, you can head to their official channel in the tweet below to watch it.

A new #NintendoDirectMini: Partner Showcase is on the way! Watch on-demand via our YouTube channel beginning Tuesday, June 28 at 6am PT for roughly 25 minutes of info on upcoming third-party #NintendoSwitch games.

While you wait for the direct, why not check out some of the best Nintendo Switch games and our rundown of Fire Emblem Warriors Three Hopes recruitment after the game’s release on June 24.