After five years, the Nintendo Switch line-up is just getting better and better. While it launched with The Legend of Zelda: Breath of the Wild – still one of the best Nintendo Switch games on the system – it’s been joined by a series of fantastic Switch exclusives and ports of some of your favourite titles too.

If you’re gaming on the Switch you already have the huge advantage of being able to play on the move, but the fact that pretty much every indie game you’ve ever played has now landing on Nintendo’s online storefront should be a cause for celebration, especially as it’s also the best place to play some remasters of older games, too.

The best Nintendo Switch games are: 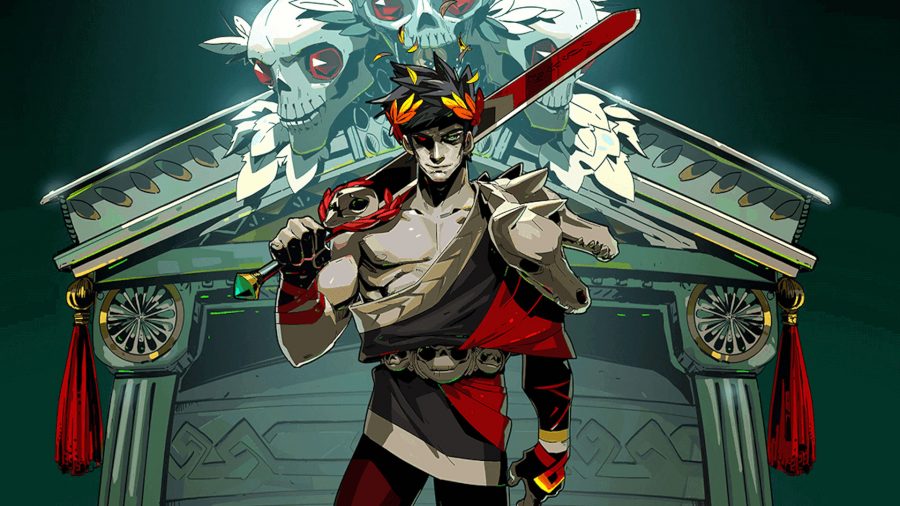 Hades is a phenomenal action RPG with a roguelike structure, with some of the best combat you’ll see in a roguelike paired up with an absolutely gorgeous world full of well-written and engaging characters.

Every death in Hades is canon, with characters commiserating (or mocking) you each time you try and fail to escape from your father’s domain – he’s the titular Hades, you see – to get to the surface. As you play, several different progression systems will slowly unfold around you

You can play this all day if you want, but it’s well-suited for quickfire play sessions, making it perfect for the Switch. 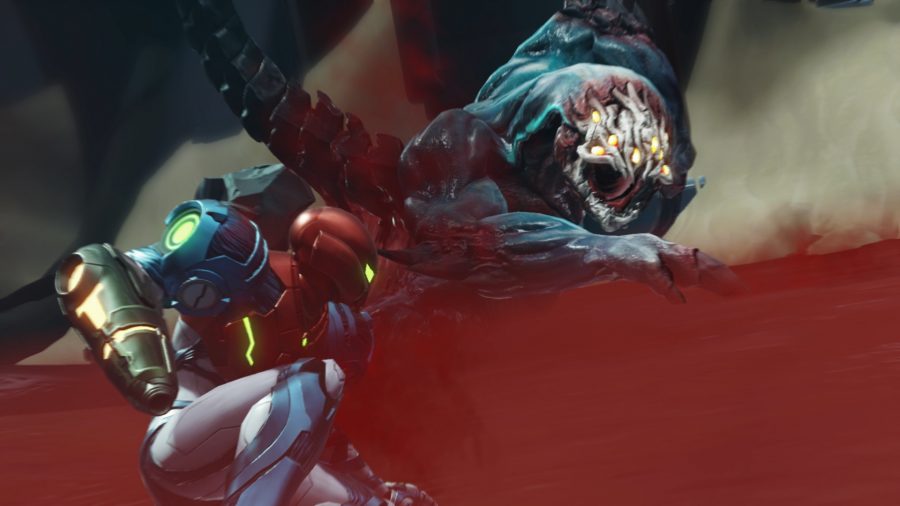 Metroid Dread is probably the best 2D Metroid game ever made, but it’s also one of the best adventure games ever made, as Samus Aran explores the sprawling planet of ZDR, with most of her powers stripped away after defeat by a savage enemy.

The Dread of the title comes from the EMMIs that hunt you throughout certain areas of the game, when this action-adventure game turns into a  fast-paced horror as you try to steer Samus to safety.

You’ll regain most of your powers throughout the game, but Metroid Dread never lets up. It’s difficult, but it’s worth it for the achievement of getting through it. 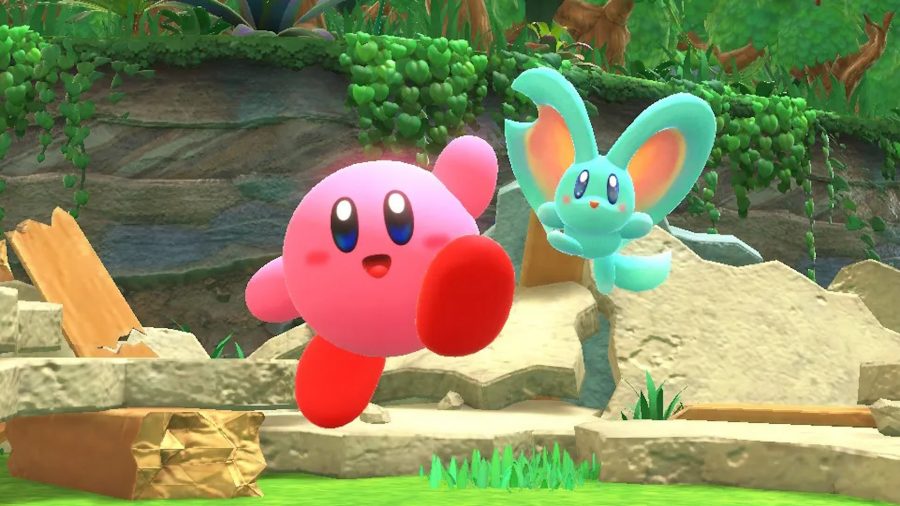 Kirby and the Forgotten Land

Only Kirby could make the end of civilisation into a joyous adventure. Kirby and the Forgotten Land is a lovely warm hug of a game, as you wander around eating everything and fighting monsters with a variety of different abilities.

Forgotten Land hits a lot of the same notes as Super Mario Odyssey, but beats Odyssey because it’s the only Nintendo Switch game where you can inhale a vending machine and then become the vending machine, swatting nearby enemies with cans.

Simple design and thoughtful puzzles elevate this platformer to legend status, although the beauty of it is you’ll barely notice how hard the game is working for your affections. It’s comfort food in videogame form, easily making it one of the best Switch games available right now. 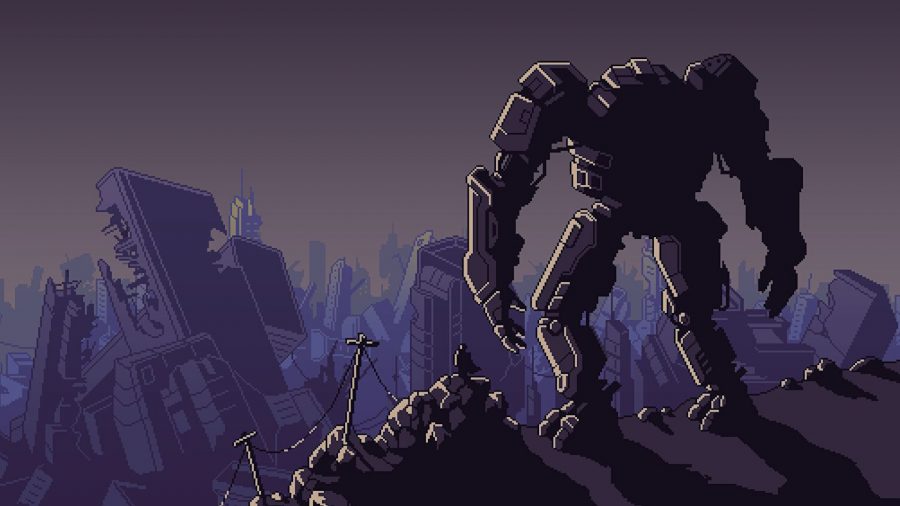 Into the Breach could just be the perfect strategy game for the Nintendo Switch. The Kaiju-splattering strategy game is at its best played in short bursts, and the small scale fights look beautiful on the Switch’s screen too.

In reality, Into The Breach isn’t so much a strategy game as it is a puzzle game and, in its finest moments, it feels like the most rad version of Chess you’ve ever played. Chess concepts like trading value will even work here, it’s just that instead of using a bishop to shield your king, you’re firing a giant chest-mounted laser to kill the monsters trying to eat an inhabited apartment block. What’s not to love? 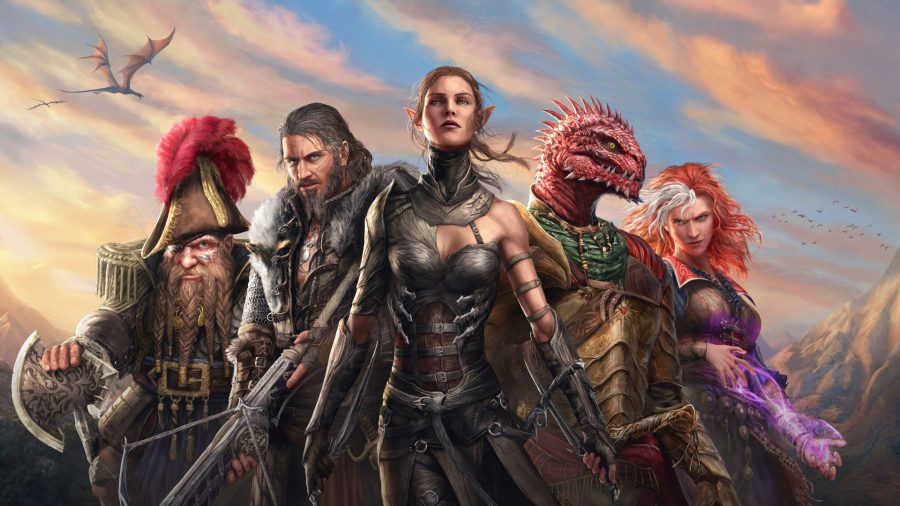 The Switch has become a great place to play RPGs that have already found their audience on other platforms. A good RPG game on the Switch is like carrying a paperback, you have an incredible story in your pocket any time you want it.

With that in mind, Divinity: Original Sin 2 is the best RPG you can play on the Switch. The elementally driven combat is divine – you’ll always remember the first time you cast a rain spell to douse your enemies in water and then unleash a lightning storm to electrocute and stun all of the foe at once.

But there’s also an incredibly deep world with mature storytelling. Every play session you can venture off in a different direction and meet new characters and a new world. Maybe for this quest you’ll help two villagers turned into cows, or you’ll reunite a long lost daughter with her father. It all fits, and the game will eventually suck you in and refuse to let you go. 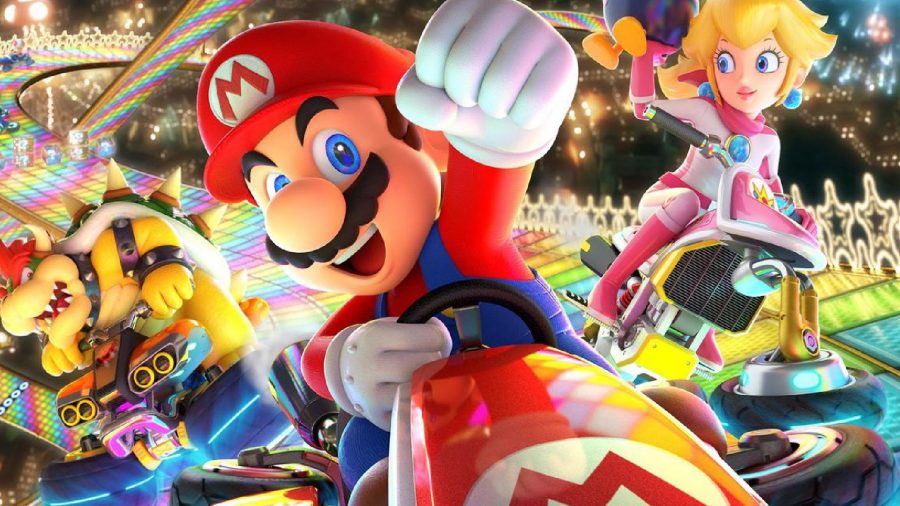 It’s Mario Kart. What more do you need to know? This is the finest iteration of Mario Kart to date, and having this on the go brings with it the possibility of destroying every friendship in your life no matter where you are.

Mario Kart is a great game for the whole family to play with a series of assists that can level the playing field if you’re trying to play with kids or people who aren’t as good as you at video games, this will ensure everyone has a good time.

Find your favourite character and get stuck in racing your friends on basically every track that’s ever appeared in a Mario Kart title. 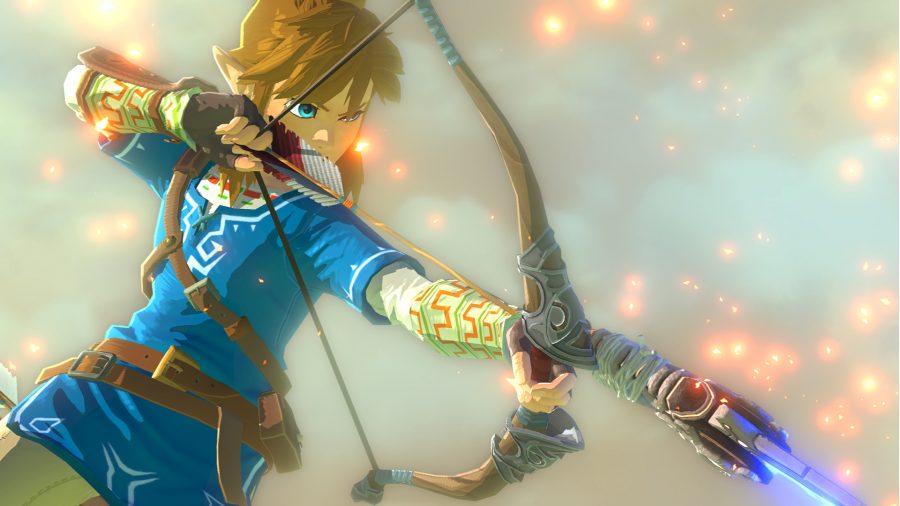 The Legend of Zelda: Breath of the Wild

A top tier adventure game, Breath of the Wild is probably one of the best examples of gaming freedom out there. If you can see it, you can do it.

Built like an immersive sim, here you can contend with all sorts of fun features: set fire to a tree and you can use the hot air to ride up onto a nearby cliff. Heavy rain will cause you to slip and fall while climbing, or you could even kill enemies by dropping rocks on them.

You can even choose to skip the entire plot and go straight for the game’s final boss and try to give him a pasting. If you do, you’ll miss the great worldbuilding, but that’s freedom for you.

So there you have it, our full list of the best Nintendo Switch games available right now. That should be enough to keep you busy while you wait for all the upcoming Switch games to surface later this year.