Call of Duty: Warzone is a funny old beast. The battle royale has captivated the attentions of millions of players since it dropped in March 2020. Now, with more people cooped up indoors, playing games with their friends online, there’s never been a better time to get into the free-to-play game.

Like pretty much all other battle royales out there, Warzone has an ever-shrinking circle, a king of the hill style hunt, limited weapons and equipment, and notorious drop spots. However, that said, its Gulag second chance system and respawn capabilities makes it one of the most accessible battle royales out there for newbies to play and learn.

So if you’re new to the game or simply wanting to improve, there’s a lot of things you need to wrap your head around if you want to be successful in Verdansk or Rebirth Island. With that in mind, here are some of the best Call of Duty: Warzone tips that will keep you out of the Gulag and make you one of the strongest contenders for that coveted dub.

We all have our favourite drop spots in Call of Duty: Warzone but they’re not always viable. Make sure you know a couple of locations well-enough so you can drop with the confidence of not being flanked or tagged from a towering skyscraper.

If you’re not an aggressive player, you’re also going to want to avoid locations directly underneath the flight path since these will be prime targets by experienced squads. Superstore and Stadium are generally favoured by a lot of Twitch’s biggest streamers and they have therefore become very popular with the Warzone community. So if you’re new to the game, it’s probably best to avoid those two locations for now.

2. Work on your skydiving

Pretty much every location on the map is accessible from a standard flight path – you just have to master your parachute skills. To get to places on the edge of the circle, you’re going to need to open your parachute early. But if you’re planning on getting some distance, you’re also going to want to dive and reopen a few times too.

Oh, and make use of your pistol. You can shoot people in the air when you’re diving, so if you see another pesky player heading to your drop, soften them up a little bit before you land. 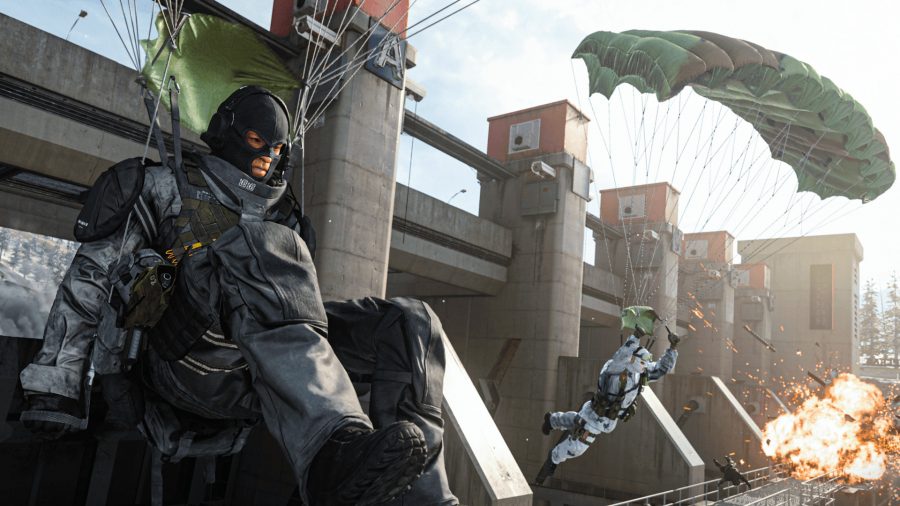 Need some cash, loot, or intel? There’s a contract for that. Verdansk has lots of contracts on offer and they all offer something different. Some are situational, like Most Wanted contracts, but others can be picked up at pretty much any time you need them during the game.

Recon contracts are great because they give you advanced warning of the next circle. If you do multiple of them in a row, you can narrow the circles right down until the end, giving you positional advantage over everyone else.

Scavenger contracts will give you three caches across a select area to find and unlock. These will give you lots of loot, so its a great option of you’re stuck for weapons or cash.

Related: Is there a Call of Duty: Warzone ranked mode?

Bounty contracts do what they say on the tin and turn you and your squad into hit men. If you – or someone else – hunts down the player selected, you’ll be rewarded in cash. These can also be used in later circles to gather intel on player positions.

Supply run contracts will allow you to buy back a teammate for free or buy discounted killstreaks if you reach a certain buy box in time. The best time to use these are later in the mid-game when you’ve bought someone back in. The surviving player can pick up a supply, while the returning player can land on the buy box. This will allow them to get set up quickly and/or bring back a friend for free.

Most Wanted contracts allow you to stick a bounty on yourself for the sake of bringing back all your dead teammates. However, it’s worth noting that these can also be used by aggressive teams to bait in unsuspecting players, so be careful.

Sharing is caring, right? You’re able to drop guns, ammo, cash, and armour in Warzone, so if one of your teammate is struggling with loot – especially if they’re bought back in towards the end of the game – go into your inventory and drop them a few things. It might just save your life. 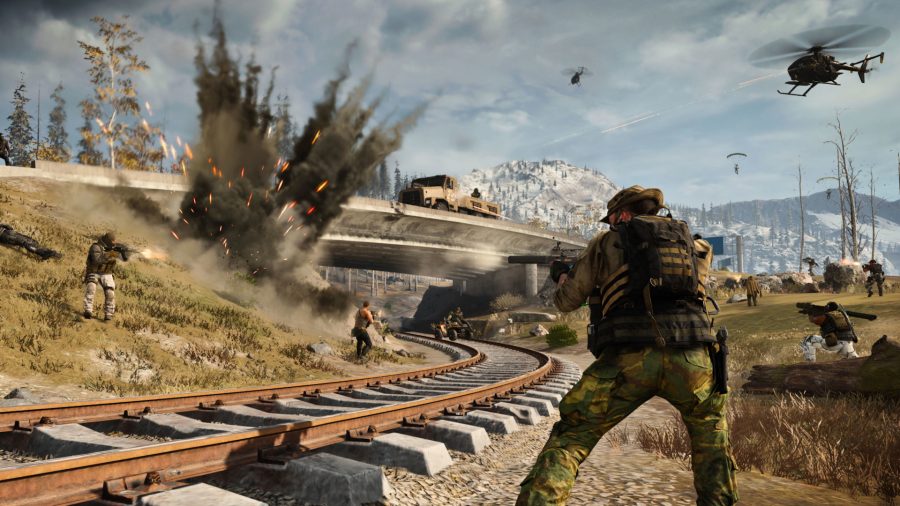 While custom weapons are super important, it’s also worth taking time to select the right perks. Most of the Modern Warfare perks have specific Warzone benefits and there are some that are better than other for Verdansk.

The stakes are too high to be frugal in Warzone. You’re going to need to spend your cash on the battlefield if you want to be successful. There’s a whole host of things you can pick up, but we’d recommend grabbing a loadout when you can so you can use your custom weapons in battle.

Things like self-revive and killstreaks are also super useful. Remember you can drop cash too – so pool your squad’s cash together when you’re near a buy box.

7. MAke use of advanced UAVs

Talking of killstreaks, did you know you can create an advanced UAV that will reveal all the enemies on the map in real-time in Warzone? This killstreak is incredibly useful in the later stages of the game where you don’t know who might be hiding around the next corner.

To trigger the advanced UAV, your squad will need to purchase and use three normal UAVs at the same time to reveal all. 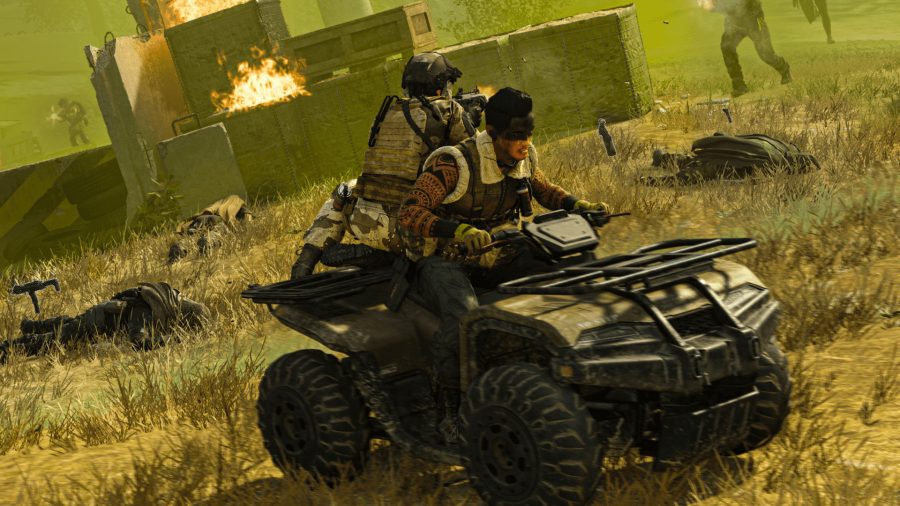 Don’t have a microphone to communicate with your teammates? No problemo. Just make use of the ping system and warn your teammates if you’ve spotted an enemy or found a legendary gun that someone might want.

9. USE TROPHY SYSTEMS ON VEHICLES

For the love of all things nice, put a trophy system on your vehicle when you drive it. I guarantee you it will save you and your teammates when you’re rotating from circle to circle.

10. Make use of your equipment

Trophy systems aside, there are lots of other bits of equipment to pick up on the battlefield. If you’re close to another squad and you want to pull off a flank while your teammate distracts them, use dead silence. If you want to protect yourself from incoming fire in an open area, use a deployable shield.

There are lots of handy uses for equipment in Warzone, so don’t turn your nose up next time a cache spits one out.

11. Keep an eye out for flares

If you spot these flares and they’re nearby take notice because that squad could be heading in your direction next.

12. Take your time in the Gulag

It’s tempting to rush your enemy in the Gulag but depending on your weapon, it might be preferable to take your time. Remember you load in with a tactical and lethal grenade – so use them to your advantage.

If you load into the Gulag with your friend, ask them to tell you (or throw rocks at) the enemies position for added advantage. 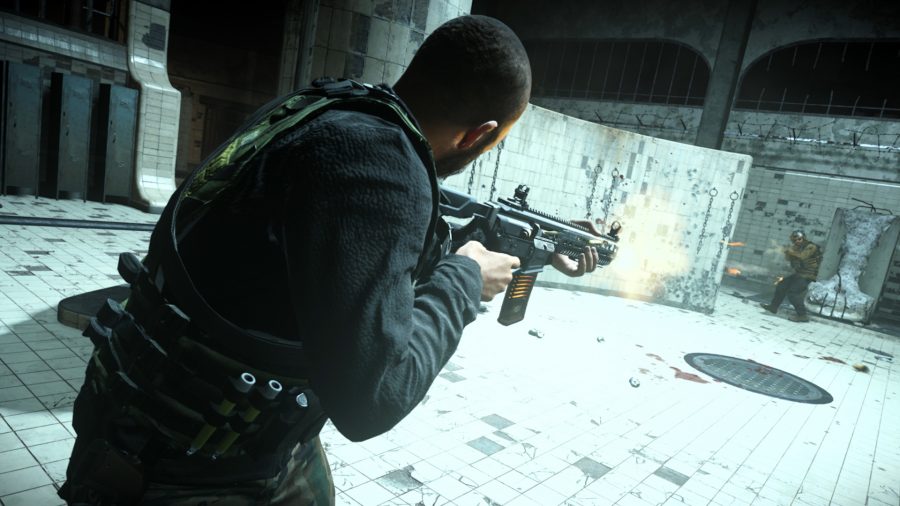 Gas masks are super handy if your strategy is to run with the circle, but in the later stages of the game, they can also lead to your death. Since there’s an animation for pulling the mask down over your face, players have found they’re unable to shoot enemies when the animation is active. Basically if you’re caught up in the gas in the dying minutes of the game and you spot someone, you’re probably not going to come out on top.

14. Watch out for in-game events

One of things that makes Call of Duty: Warzone different from all the other battle royales out there is that it has events. These events, which include Jailbreak, Fire Sale, and Supply Choppers, don’t happen every single game, but when they do happen – it’ll make your game ten times spicier.

Jailbreak gives all dead players another chance in Verdansk, spawning them for free, Fire Sale slashes the prices of buy box items for a limited time, and Supply Choppers spawn big old loot helicopters than can be shot down for supply crates.

Winning games in Call of Duty: Warzone will come with time. It’s easy to have a string of bad games, but don’t take the losses too hard – the beauty of battle royale games is that every single one is different. If you persevere, you’ll eventually come out on top.

That’s all our Call of Duty Warzone tips for Season 2 for now. So now you’re all clued up, get out there and get that dub.