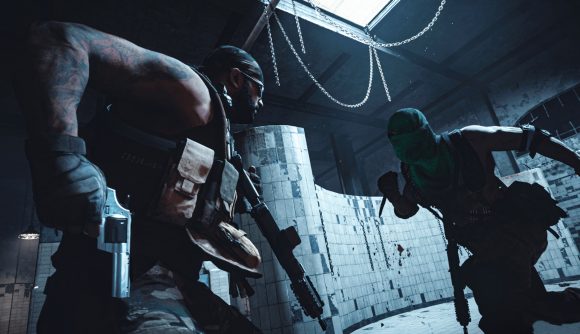 Are you prepared to put a price on your head? Well that’s exactly what you can do in Call of Duty: Warzone now thanks to a new contract added in the latest update. The Most Wanted contract is a high risk, high reward option that could change your squad’s fortunes in a second.

Picking up the new contract, which was added with the patch on April 28, will make you a bounty to everyone else in Verdansk. If you survive the waves of attack and outlast the set period, though, all your dead teammates will be brought back into the game for free. This means you won’t have to scrounge around the map for cash in the later stages of the game.

In addition to the Most Wanted contract, Infinity Ward is adding the new MK9 Bruen LMG to the both the battle royale and the multiplayer. The gun boasts high accuracy and reliable damage, although that’s all we know so far.

The long-awaited Gunsmith Customs is also being added to the game with this patch. Players will now be able to mix and match different types of weapon attachments with their favourite blueprints to make a gun like no other.

To help you get acquainted with all the new changes, Double XP, Double Weapon XP, and Double Battle Pass Tier Progression will be granted from May 1-May 4.