The QBZ-83 barely crossed the minds of most Call of Duty: Warzone players, with assault rifles like the AMAX, the XM4, and the Krig all dominating the meta. However, things are changing.

The Warzone Season 4 Reloaded update increased the time to kill of several assault rifles by nerfing their damage output, but the QBZ managed to not only dodge these nerfs but receive damage buffs instead. While this was balanced with a small nerf to movement speed, the QBZ now perfectly fits the bill as a powerful, long-range AR.

It can also do a solid job as a sniper support (with the right attachments) thanks to not only its decent damage but super clean iron sights, meaning for mid and close-range battles you free up an extra attachment somewhere as you don’t need to use an optic. So things are really looking up for the QBZ – but how do you best kit it out for each of these scenarios?

Here we bring you two great QBZ Warzone classes to absolutely fry with in Season 4.

If you want to melt at long-range with the QBZ, this is the Warzone class for you. It’s a pretty standard lineup of attachments that most long-range ARs use, and it turns the QBZ into a bit of a monster.

By default, the QBZ does have very low recoil, so if you think you can handle it, you could swap the Field Agent Grip with the Bruiser Grip instead, which will bring up your movement stats.

You’ll want to pair this with an agile and lethal close-range SMG. There are a few potential options in Season 4, so pick a build from any of these loadout guides and see which one suits you best. Our pick is the MP5, but all the others are viable too:

For perks, you can’t go wrong with the trio of Double Time, Overkill, and Amped. For your equipment, a Heartbeat Sensor and Semtex is a good duo for this loadout. 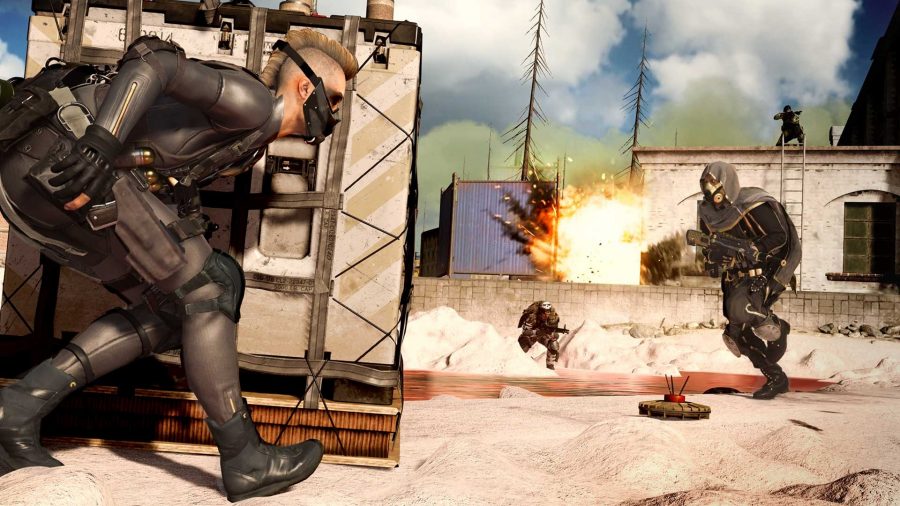 A very different build here in comparison to the long-range QBZ Warzone loadout, but if you love running a sniper then you should definitely consider this as a secondary.

Recovering some of the movement speed that was lost during the Season 4 Reloaded update is the key here, hence why the Task Force barrel has been replaced with the Takedown. The Tiger Team Spotlight and Bruiser Grip also bump these stats up.

As you can see, there is no optic attachment. The QBZ boasts very good iron sights, which should serve you well. If you don’t get along with them though, swap the Bruiser Grip out for a Microflex LED.

Obviously, you’ll be pairing this with a sniper, and there are two meta picks right now: the Swiss K31 and the Kar98k. Which one you choose comes down to personal preference and which one you’ve got levelled up the most, but we’ll leave both builds here for reference:

For perks, Double Time, Overkill, and Amped are once again the best choices. For tactical equipment, you could run a Heartbeat Sensor, but Stun Grenades are always a good shout in a sniper class too. For your lethal equipment, Thermite Grenades offer both explosive damage and a useful way to stop people pushing you at close range.

So there’s two nasty loadouts for the QBZ in Warzone Season 4. It’s certainly shuffling its way up the order in the current Warzone meta, so expect to see plenty more QBZs in your travels around Verdansk.