The Swiss K31 sniper rifle was always seen as the inferior little brother to the Kar98k in Call of Duty Warzone – however, in recent seasons, it’s been considered on a par with the Kar and is an increasingly popular pick in players’ loadouts.

In Warzone Pacific Season 1, the Swiss K31 is still one of the best Warzone guns, thanks to the new Vanguard-era snipers being rather underwhelming. Sniping enthusiasts can create as many FaZe Clan-worthy montages with the Swiss K31 Warzone loadout as they can with the Kar98k, which ruled the roost for so long.

So with the Swiss K31 firmly planted as part of the Warzone meta, the question arises about which attachments, perks, equipment, and second weapon you should chuck into the perfect loadout for it? Well we’re here with the answers so that you can make the perfect sniper class for popping heads in Caldera and Rebirth Island.

This is the best Swiss K31 Warzone loadout for Warzone Pacific Season 1:

Arguably the best Swiss K31 sniper loadout in Warzone is this one, which boasts super fast ADS times, a decent rate of fire, and – thanks to an update towards the end of the Black Ops Cold War era – a standard scope that is clean and viable to use.

The emphasis on improving ADS times and mobility in this build is to bring it closer in line to the best Kar98k Warzone loadout, but if you want a bit more ammo on board (in case, you know, you whiff a couple of shots) then you could swap out the Bruiser Grip for a 7 Rnd Mag. 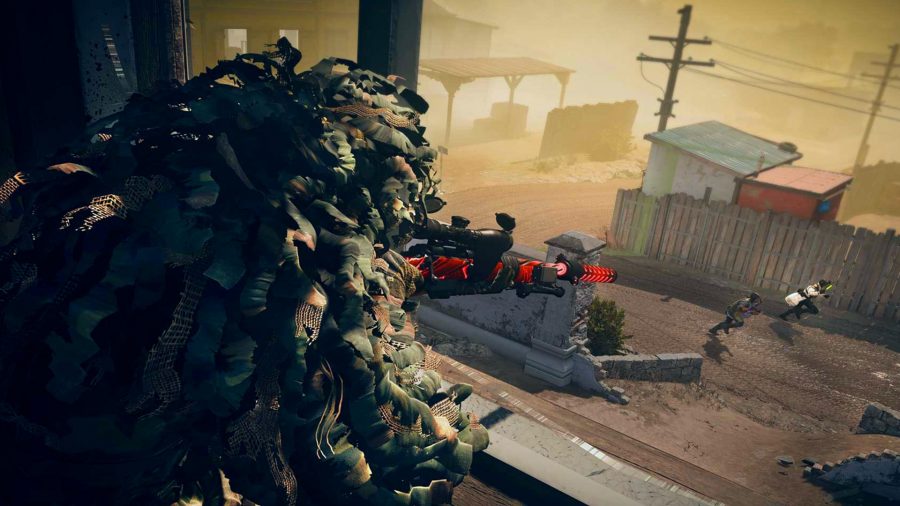 With this being a sniper rifle, you’ll need something to cover you in close and middle-distance fights. For that you’ve got plenty of great options in both the SMG and assault rifle classes. However, we think the best right now is the MP40.

This versatile SMG is the most popular weapon in Warzone Pacific Season 1 thanks to its high damage, decent mobility, and easy to control recoil patterns. Check out our MP40 Warzone loadout guide for a great build.

For your perks, Double Time, Overkill, and Amped would make for an effective line-up of perks.

For tactical equipment, most use a Heartbeat Sensor, but Stun Grenades can come in very handy when running a sniper class. For your lethal, Semtex is the most popular choice, but Thermite Grenades are also handy for stopping teams pushing you.

This Swiss K31 build certainly gives its Modern Warfare-era rival a run for its money in Warzone Pacific Season 1, and deserves a spot in your best Warzone loadout.