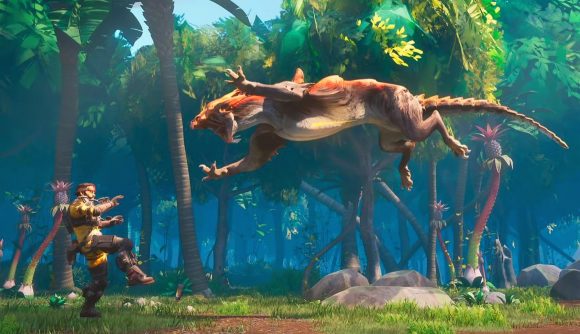 Respawn Entertainment has released the full Apex Legends patch notes for Season 12 Defiance. The lengthy patch notes go over most of the already-revealed changes and additions in detail – such as balancing tweaks to Caustic and Crypto, a new hop up, and Olympus’ map changes – but there are also some new bits of information too.

One of the most eye-catching changes involves the latest map to be added to Apex Legends, Storm Point. While most players have been relatively happy with the map, its experimental PvE wildlife mechanic has had its critics – particularly regarding the Prowlers that stalk the map. In Season 12, the Prowlers are getting a general nerf that will make them less frustrating to come up against, and will also become more lucrative to defeat if you choose to do so.

You will now get 150 Crafting Material by completing standard Prowler nests, 250 for clearing the larger nest in the centre of the map, and high-tier loot will drop slightly more often from all wildlife in Season 12. Players will also be happy to learn that they cannot be completely swarmed by Prowlers any more – only three can lock on to an individual player at a time. They’ll also no longer engage you when you’re outside of the ring and scrambling for safety – that is unless you engage them first.

There are plenty of other changes to Prowlers and their nests to mull over in the full Apex Legends patch notes for Season 12.

Storm Point is also getting some improvements when it comes to dropship logic. The devs highlight that in Season 11, the northeastern corner of the map would often see less action at the start of matches as dropship paths made it an awkward spot to land. This has been tweaked so that this part of the map is now better served by the dropship.

While Storm Point will not feature as one of the two maps in Apex Legends ranked this season (that responsibility falls on Kings Canyon and the new-look Olympus) it will still be in public match rotation. For those that love this tropical island-themed map, news of Prowler nerfs will mean the Apex Legends Season 12 release time can’t come soon enough.