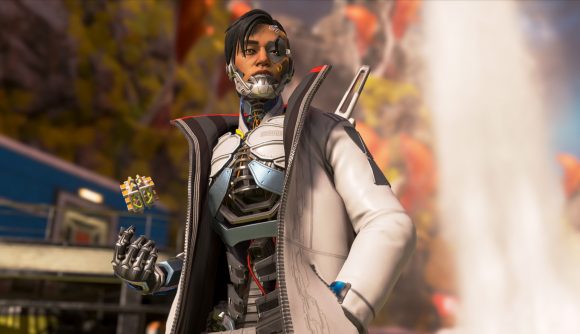 The build up to any new Apex Legends season can be a nervy time for players. Will my main get nerfed into oblivion? Will my favourite legend finally become viable to play? Well, for two of the battle royale’s most frustrating legends, their time under the microscope is now.

During a media event, balance designer John Larson reveals that the two legends getting tweaked for Apex Legends Season 12 are Caustic and Crypto. Caustic is receiving a nerf that will make his Nox Gas Traps a bit less formidable, while Crypto mains will receive a new way to use his surveillance drones.

So, let’s take a look at Caustic first. In previous seasons, the legend’s notoriously annoying gas traps could only be destroyed before they detonated. However, players can now destroy them after they’ve been triggered, which means no matter how sneakily you conceal your gas trap, it can still be removed and the onslaught of gas can be halted.

To compensate for this change, Caustic’s gas will still linger in the air for a couple of seconds after the trap has been destroyed.

Crypto on the other hand is getting a new “throwable drone” option that Larson hopes will promote some more “active” gameplay. While manually piloting his drone is still the most effective way of gathering intel, Crypto can stay in the fight while scouting thanks to his throwable drone. Tapping the deploy button will cast the drone out in a straight line to let it scour for intel, while holding the deploy button will let you manually control a drone as Crypto mains do now.

He’s also had a HUD rework so that key information can still be displayed even when piloting the drone manually.

These legend tweaks will hope to ease the frustration of players when they encounter a Caustic and hike up Crypto’s notoriously low pick rate. Our Apex Legends tier list looks set to get a real shakeup for Season 12 Defiance.