Valorant has taken a leaf out of Rainbow Six Siege’s book in that it is continually seeking to change the way we view and play games in the tactical FPS space. Take the Valorant maps, for example. Be it pumping up the verticality in some maps, adding an extra site in others, and even giving us ways to zip or teleport around, Riot Games’ competitive FPS game is constantly shaking things up. Now, Riot is even rearranging how teams spawn in with the games’ newest map, Fracture, and I’m absolutely loving it so far.

During a recent preview event, I was able to put Fracture through its paces. Or should I say, Fracture put me through my paces. The new map may initially seem like an Attacker’s dream, pincering the Defender’s spawn at the start of a round with two different spawn points on its H-shaped landscape. However, much like Lord of the Rings’ Battle of Helm’s Deep – a big influence on Fracture’s design – Defenders can also use their starting position to quickly push out and turn the tide on their opponents.

Indeed, Fracture is a map that rewards proactivity, and punishes players caught slacking. With multiple points of entry onto each site, players trying to climb the Valorant ranks may at times find themselves forced into smaller skirmishes rather than full-scale pushes onto a site. This is made even more likely by the fact that Fracture spawns four orbs, which are all reachable by either side. Rotation, rotation, rotation.

Even when a team takes a site, turtling is inadvisable. Huge swathes of the available cover is wallbangable – it feels as if the map’s made from paper mache in places (not that I’m complaining, as I can simply laser someone through a crate when I get sick of their jiggle-peeking antics). As such, it’ll be fascinating to see what lineup-hunters like Jonas ‘AverageJonas’ Navarsete can come up with to ensure seamless post-plants. 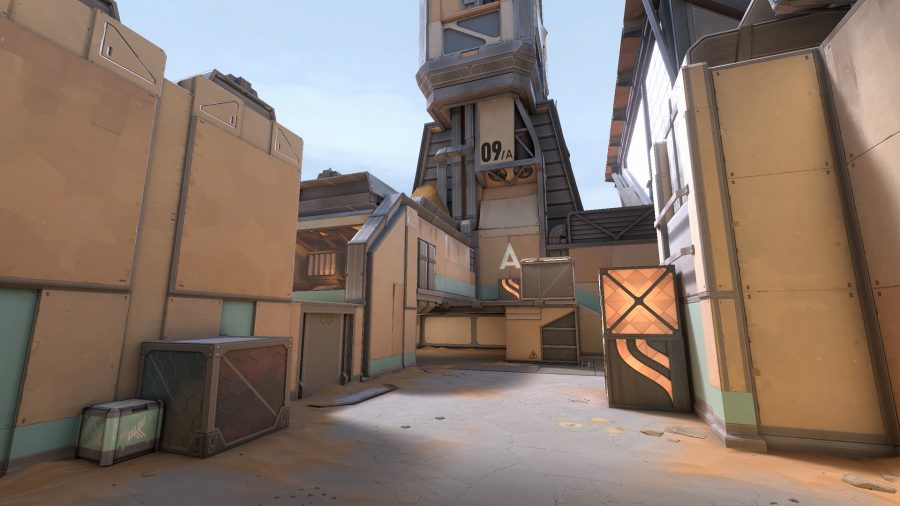 What does this mean for the agent pool, then? Well, from what I experienced during the preview event, agents with low-cost ultimates like Reyna and Skye have great potential to shine. Skye’s ultimate ability is particularly potent on the Defenders’ side, as she can send out her seekers and quickly accrue information on where the attacking team is trying to make a play from, all while sat in the centre of the map.

Surprisingly enough, considering that his play rate is terrible and he’s rooted to the bottom of our Valorant tier list, Yoru is another agent I think will have a great time on Fracture, especially when attacking. Thanks to the cross-map zip lines connecting the Attackers’ spawns, Yoru can send out his Gatecrash on one side, zip over and create noise on the other, then quickly phase back to continue the push with his team. It’s a play which players will quickly come to suspect each round, but the game of bluff and double-bluff makes it all the more exciting.

On the topic of zip lines, it’s worth noting that Cypher players won’t be able to set up tripwires on or around them. But that’s not to say there aren’t plenty of other spots where his reconnaissance will be useful. With the pace at which each round plays out, Defenders will need as much information as they can get. Fracture is a pretty tightly-knit environment, which I believe will make Sentinels like the aforementioned pointy-hatted man and Killjoy, alongside other agents with strong recon tools like Sova, go-to picks.

You’re also going to want to set up a Cypher cam or two purely to admire just how good looking Fracture is. Each side has a contrasting aesthetic that is equally pleasing to the eye – A-side is dry and arid, while B-side is teeming with lush greenery. Team Fortress 2 players may feel at home here, with the spiritual art direction from former Valorant and TF2 art director Moby Francke coming through beautifully. 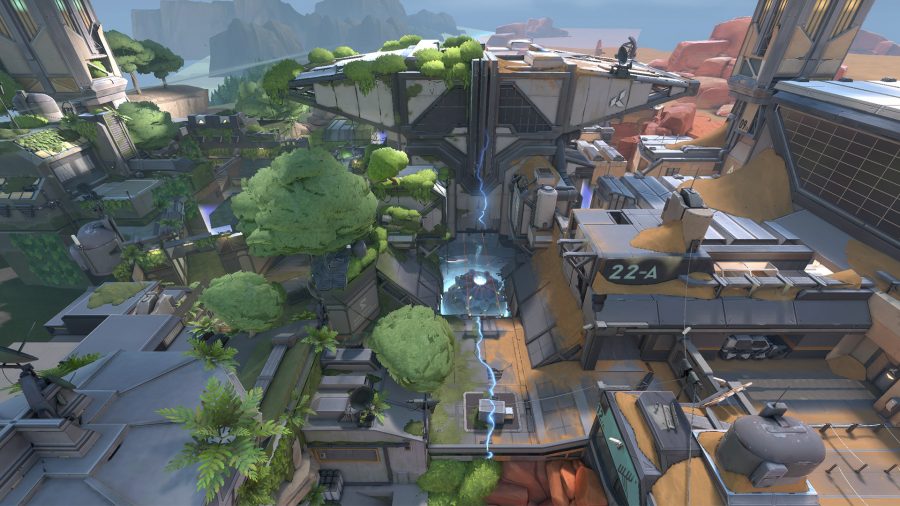 If that’s not enough of an excuse to load in on a custom game to go exploring, then you should definitely keep an eye out for the interactive panels in the Defenders’ spawn. With Fracture expanding on the mirrorverse’ lore, it’s really great to see Riot is pushing its storytelling in every which way it can. There are also ten tac-bears scattered about the place, so get hunting if that’s your thing.

I predict that opinions on Fracture – which so far have been positive for the most part – will continue to evolve for some time after it releases with Episode 3, Act 2. After all, the last Valorant map to be added to the rotation, Breeze, was initially praised for its inclusion of large, wide open spaces, but was gradually turned on by chunks of the community.

Although it will take players some time to get used to the map’s flow, I hope these initial impressions remain further down the zip line, because Fracture’s the most fun Valorant map I’ve played on yet. From a competitive standpoint, I’m buzzing to see the sorts of strategies pro teams will come up with. Let’s hope it makes an appearance at Valorant Champions Tour later on in the year.