Since its release in June 2020, Valorant has captivated audiences worldwide. With a competitive mode, challenging agents, and engaging map design, Valorant has quickly cemented itself as one of the best competitive FPS games out there right now.

Part of that success is down to the effort Riot Games puts into the game’s content. The Valorant maps, for example, are extremely well designed, allowing for balance and creativity to come into play. Currently Valorant only has five maps available for competitive and unrated play, but each boasts its own gimmick, like teleports, which keep players on their toes in every game.

If you’re looking to find out more about Valorant maps, we’ve got you covered. In this guide, we’ll explain each map one by one and talk you through their layout, their callouts, and their gimmicks. We’ll even tell you the location of ultimate orbs and how best to approach certain sites. Without further ado, here’s everything you need to know about the Valorant maps.

Valorant currently has six maps, all with different layouts, lanes, and gimmicks. While some may be more balanced than others, these five different maps all present different problems for attackers and defenders to consider when they play.

To understand that in more, here’s our full breakdown of the Valorant maps, complete with callout maps.

Here are the Valorant maps: 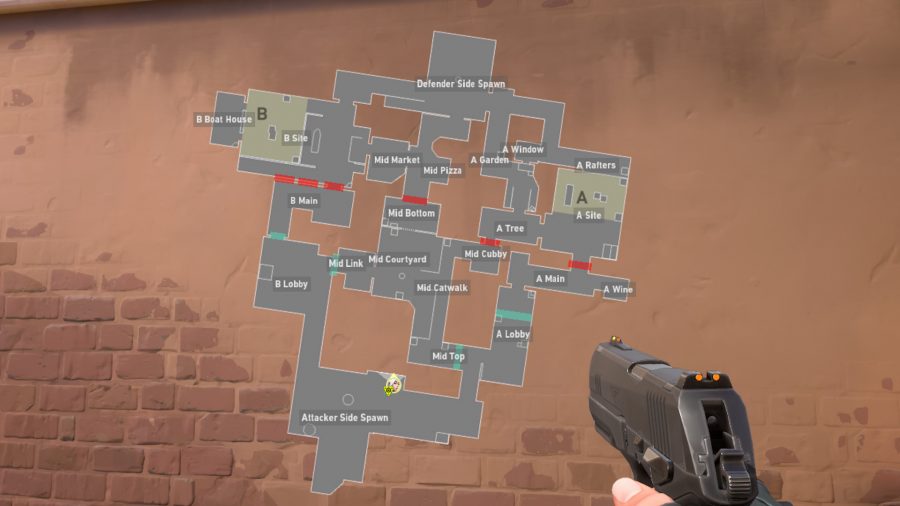 If you’re familiar with Piazza San Marco in Venice, Italy, then Ascent will look familiar to you. The map, which was the first to be added to the game, features a rustic setting with lush green spaces scattered throughout the map. While it might seem peaceful, gaining control of this two-site map in the early rounds can be fairly tricky, mostly in part to the big wide open space in the center of the map.

You’ll need to work as a team to win on Ascent, largely due to the set routes of entry onto site and the long, tight angles usually held by Operator-wielding agents.

In defense, smokes and walls are key to slowing down attackers, especially since retaking sites is a nightmare on Ascent. Force attackers to use their utility and your jobs will be made easier.

Ascent has two orbs – one in A main and one in B main. 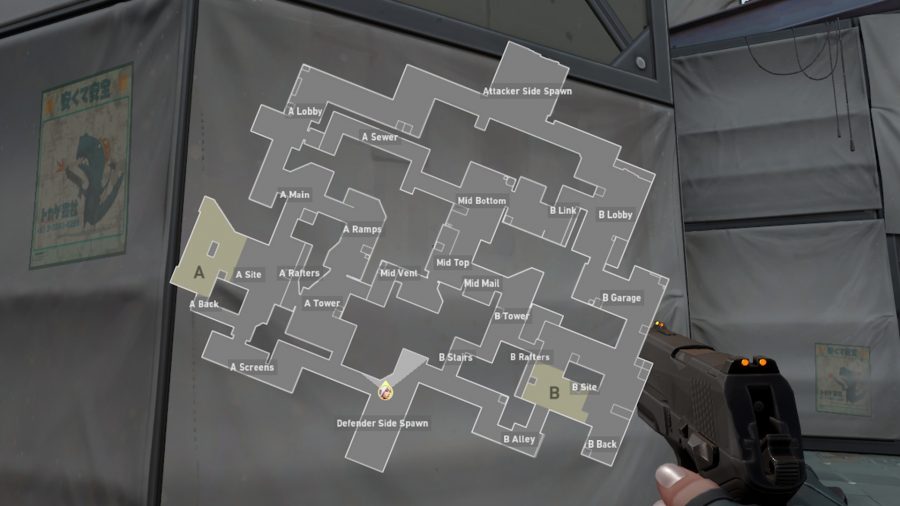 Map coordinates place Split in Sibuya, Japan, which is reflected in the neon colour pallet and the blend of futuristic and traditional architecture between bomb sites. It is a dense map with multiple levels to keep you on your toes whether you’re attacking or defending.

Mid is the key battlegrounds in Split and controlling it is the key to success. If you get caught out on site, rotating through Sewer, Rafters, and Vents are probably your best choice – just remember to hit shift when you use the zip lines.

Split also has two orbs – one in A main and one in B main. 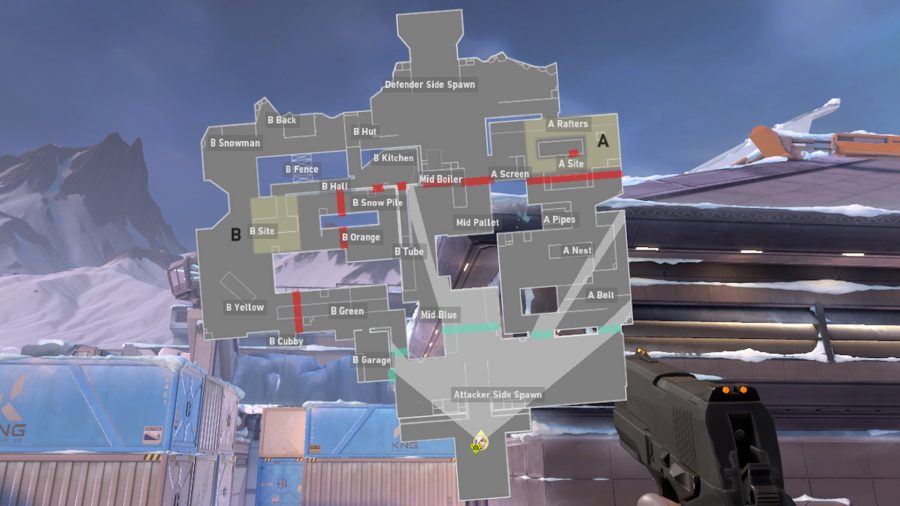 An arctic setting inspired by Bennett Island, Russia, Icebox is one of Valorant’s narrowest maps with a lot of tight corridors and very little open space. However, Icebox makes up for all of that in verticality – making holding angles at varying heights key to success in both attack and defence.

This verticality also comes into play on the map’s two sites too, which are two tiered. This means you have the option to plant the spike on low and high ground depending on your read of the situation.

As such, Icebox is the perfect map for versatile agents like Raze, Jett and Omen who are able to get around the map with relative ease. This can work for both sides, so be wary of opponents lurking in dark corners during a retake.

You can find Icebox’s two orbs near A site in front of A nest and outside of B Garage. 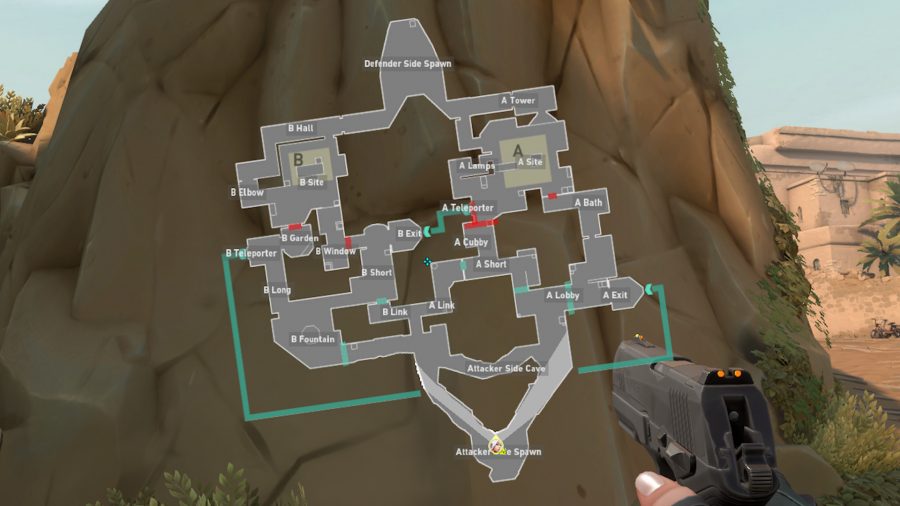 Bind is a fan favourite and it’s probably because it’s Valorant’s answer to CS:GO’s Dust 2. Set in Morocco, Bind is one of the game’s most balanced map. With four lanes (two leading to each site) and two teleporters that make noise when they’re used, players can take their time playing onto site, but rotate in record speed.

The tight angles of some lanes, plus the ability to hang back inside the teleporters doesn’t lend an advantage to either team really. However, combine that with the right agents, like Omen, and you’ll have a fluid team that can run with an advantage.

Bind’s orbs are located at the back of A baths and at the top of B long. 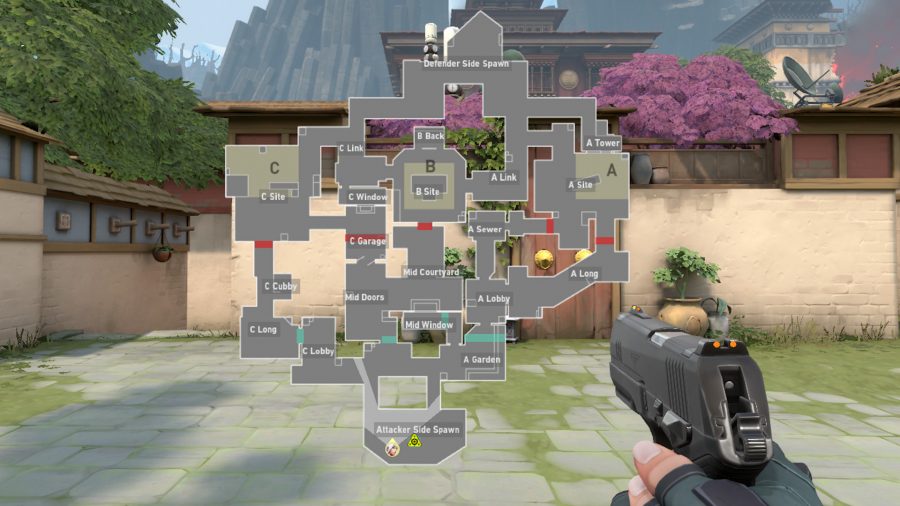 Inspired by the small landlocked nation of Butan, Haven is set within a monastery. While it’s one of the most colourful and peaceful maps to explore, Haven is unique to Valorant as it contains three bomb sites rather than two. This adds an additional layer to defending as you spread your resources to try and cover the whole map.

In defence, you’ll be stretched thin trying to work out the best way to defend sites, immediately putting you at a disadvantage against attackers. However, because the map is so big, rotations – both in attack and defense – can take a while, so communication and quick rotations are key to winning on Haven.

On other maps, taking control of mid is really important, but on Haven, B is the battleground you’ll want to plant your flag in. If you control B, either in attack or defence, you’ll be able to control the middle point and pick off players as they come from either side.

Haven’s orbs can be found at long A and long C. 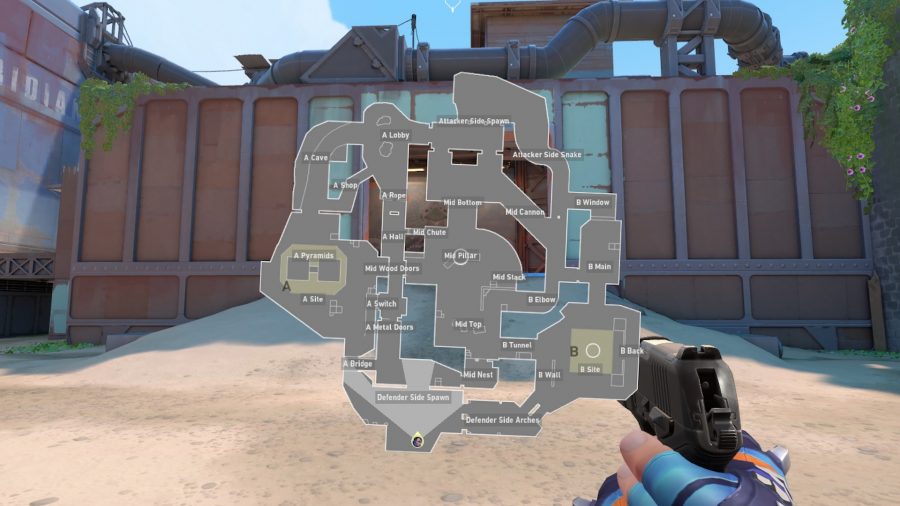 Breeze is Valorant’s newest map, but don’t let its playful Caribbean vibe fool you – it’s a battleground for agents who like to take long range fights.

This map has big wide open spaces that’ll keep both attackers and defenders on their toes. In defence, communication is key since sites are much more open. Whether you’re sitting on site or looking on from afar through the scope of an Operator, danger is always lurking around the next corner.

Both the sites on Breeze have multiple entry points, meaning attacking and retaking sites is more complicated than before. Rapid agents who can take fights to their enemies are well placed to fight on Breeze, but they’re going to need support from a healer to keep them in the game.

As a gimmick, Breeze has a vent that’ll allow you to rotate from A hall to Mid Pillar – but be warned: this drops you into mid and there’s no way of going back up it.

You can find the orbs on Breeze in A Shop and B main.

That’s all we’ve got for you on the Valorant maps so far, so hopefully learning about their unique design will help you work your way up the Valorant ranks. We’ve also got guides on Valorant skins, Valorant crosshairs, and more if you’re looking to up your game, so make sure you check those out.