Multiplayer games provide players with an opportunity to communicate, strategise, and compete with other players around the world. With everyone having spent a lot of time in 2020 and 2021 indoors, these games have brought much-needed relief to players wanting to form connections with others. Thankfully, the PS5 bounded onto the scene almost a year ago with a whole host of launch games, some of which appear on this list, and new multiplayer games that have been popping up ever since.

In this guide to the best PS5 multiplayer games, we take a look at the standout games that have invited players to get cooperative, competitive, connected. From getting together to navigate and explore new worlds, to going head to head in one-on-one combat, to battling it out to be the last team standing, our list has a little something for everyone.

And, if you’re looking for more games to play, why not check out our guide to the best PS5 games in 2021 or if you’re yet to land yourself a shiny new PS5, then fear not as we’ve got a list of the best multiplayer games on PS4 in 2021 too. However, if you’re new-gen ready, then these are our favourites for the PS5.

The best PS5 multiplayer games are: 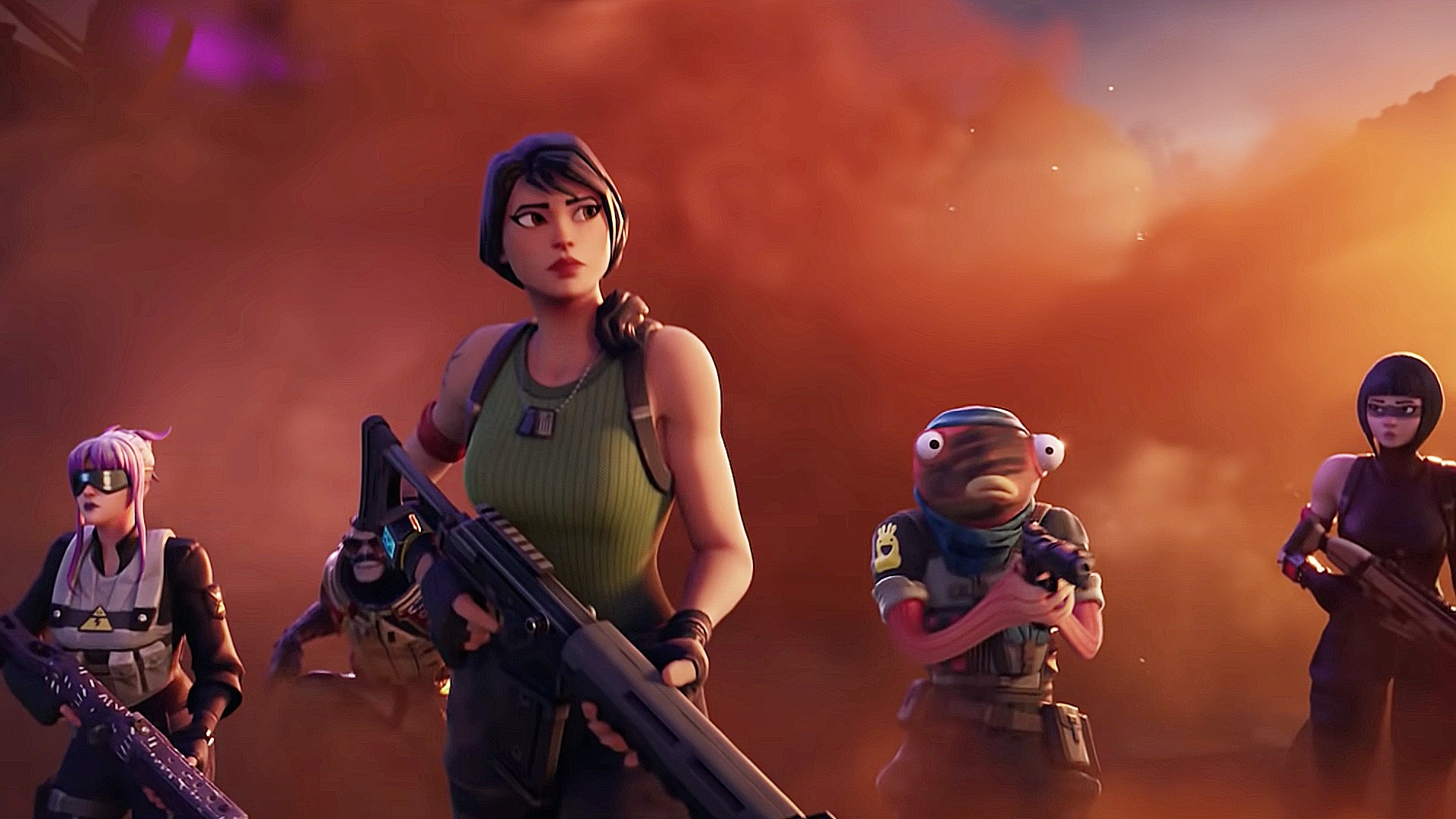 We have to give a place to Fortnite in this list. Even though it came out in 2017, this battle royale game still stands strong as one of the best multiplayer games to jump in and out of with friends whenever you like. Maybe you’ll secure a Victory Royale and get yourself that season’s glider as a reward, or you might just have a lot of fun trying.

For PS5, you can experience Fortnite in up to 4K and 60FPS and the DualSense controllers add a little something extra to the experience. It’s also free-to-play which is always a huge bonus when you’re convincing friends to try it out without parting with any cash. 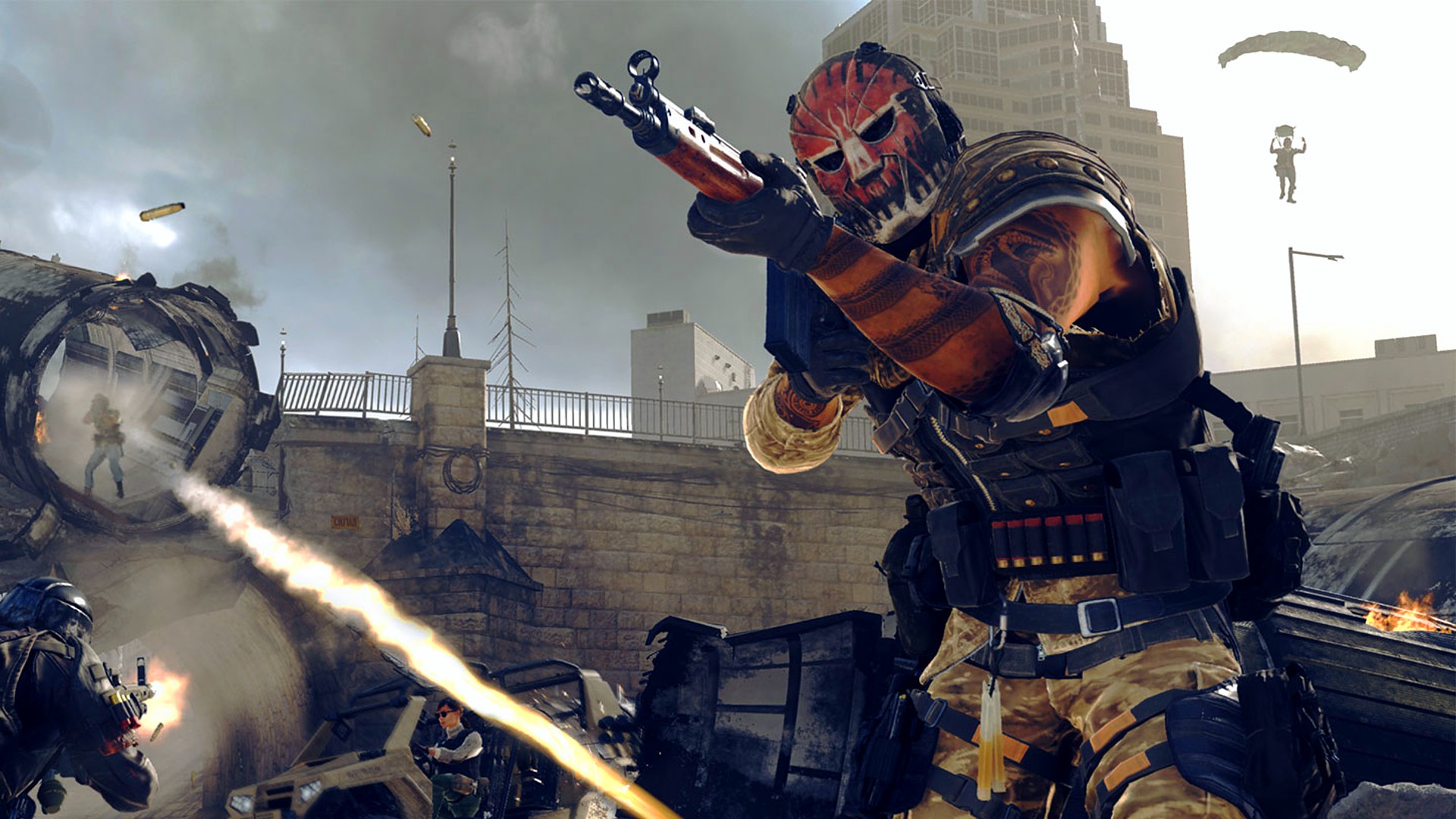 Another classic game in the battle royale sphere is Call of Duty: Warzone. Players pick between a variety of multiplayer modes and head into either Verdansk or Rebirth Island to battle it out to be the last team standing. It’s all out warfare that will provoke even the most casual players to get competitive.

While Warzone hasn’t yet had an upgrade to get the most out of the PS5’s capabilities just yet, it’s playable, it’s free, and Activision has at least added in PS5 perks such as a high-res texture pack to at least make things look a little nicer compared to the PS4 version. 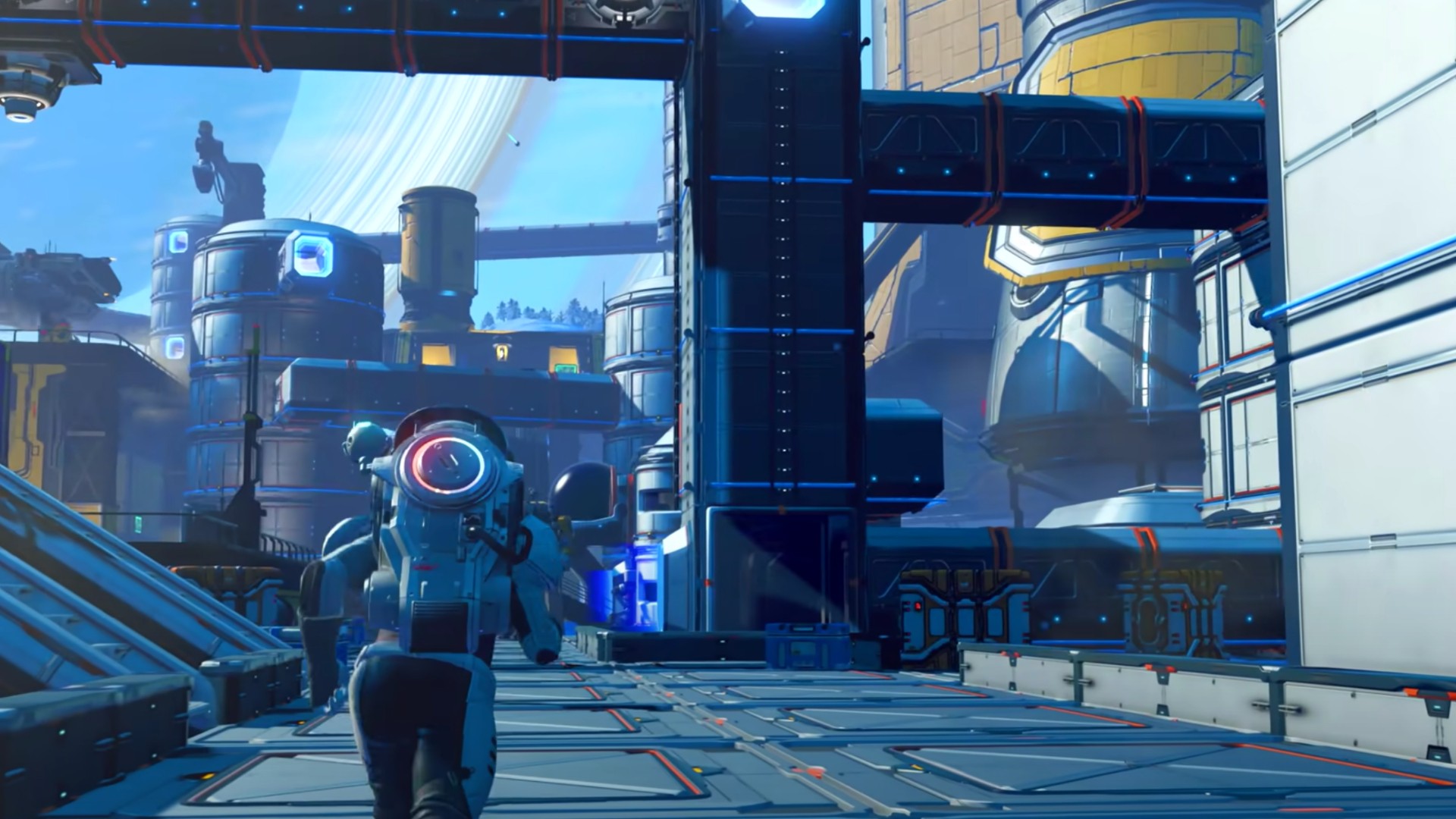 No Man’s Sky, a triumph in its own right, released a PS5 update that utilises the strengths of new-gen consoles. With advanced audio, 60FPS capability, and haptic controls to name but a few upgrades, ‘The Next Generation’ update transports the procedurally generated worlds of this survival game to new heights.

With up to 32 players in multiplayer mode, you can explore and fight your way through these worlds and their epic terrains like never before. As an added bonus, it’s free to upgrade to the PS5 version for existing players who owned the game on PS4. 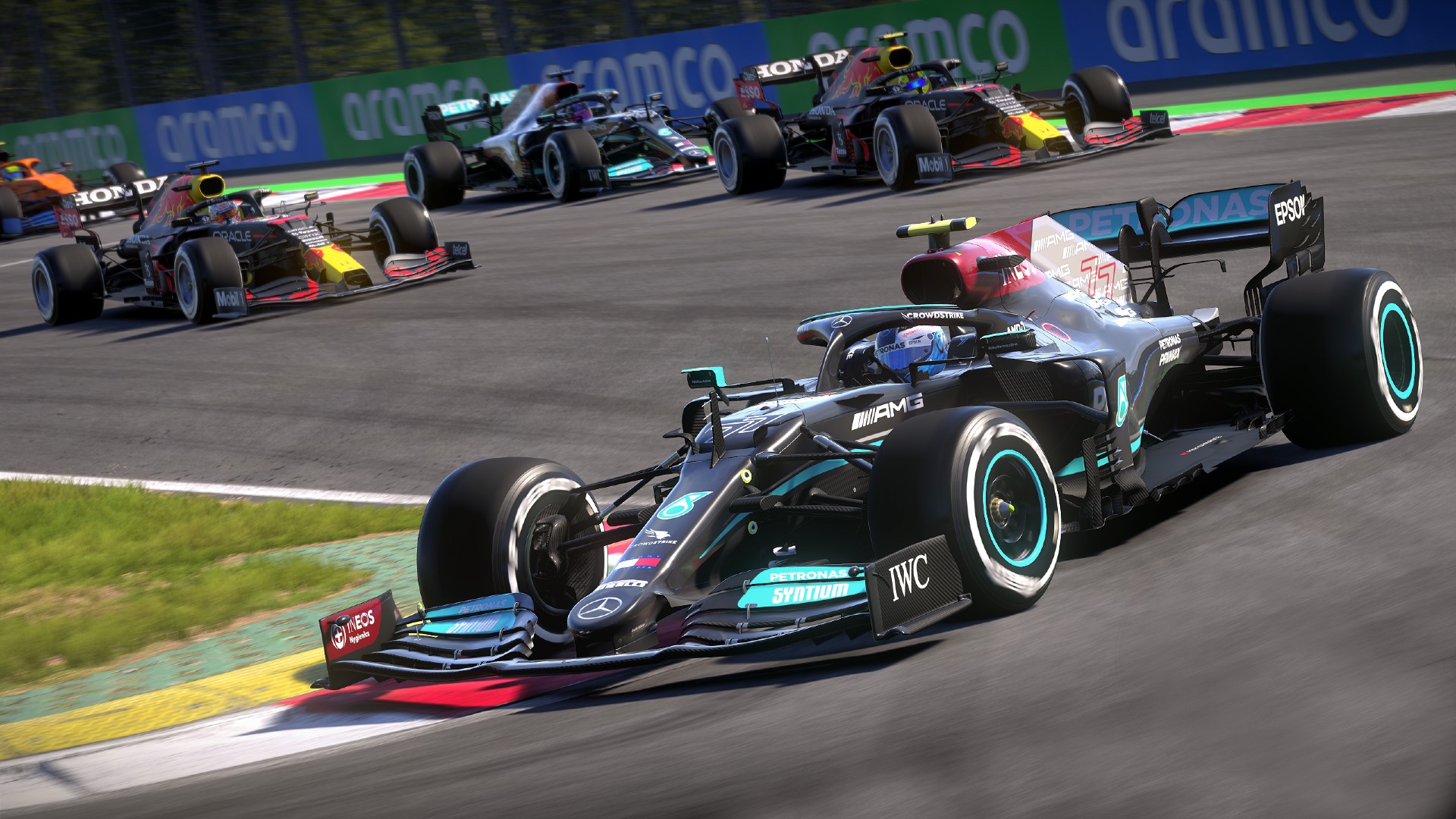 A change of pace with this entry as you’re thrown in the driver’s seat to compete in motorsports most well-known competition. Take on world famous circuits with two-player split-screen or head online for multiplayer modes such as ranked races, leagues, and weekly events. You may even find yourself up against some of the best sim racers on the planet in some of those online lobbies. 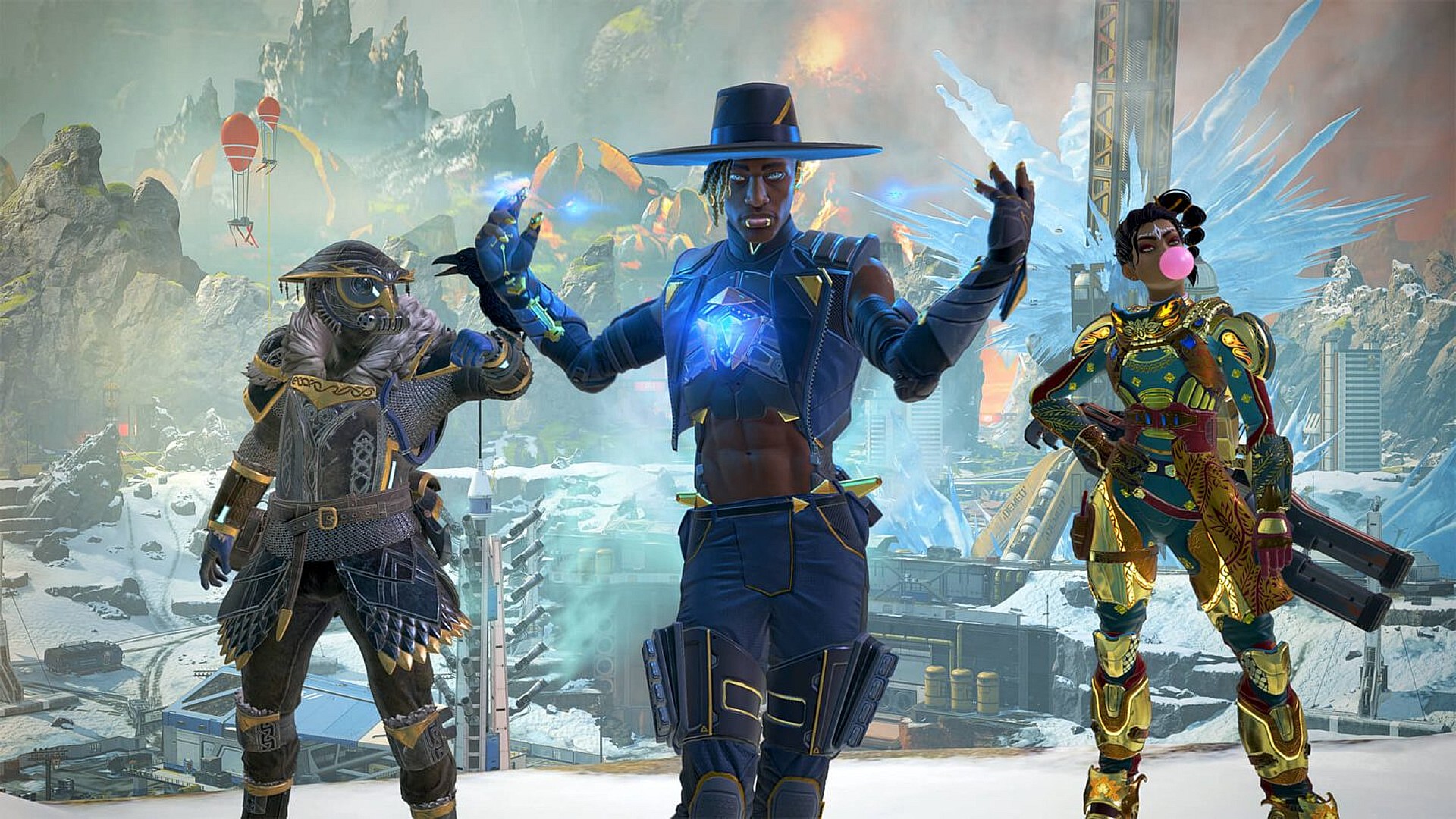 With the rise of the battle royale genre came Apex Legends. Set in the Titanfall universe, players choose from a roster of legends to head into battle, each with their own unique set of skills. For this multiplayer game, you join forces with other players to form a squad that ultimately must eliminate all other squads to come out on top. As an added bonus, Apex Legends is completely free to play (unless you see something shiny in the item store, of course). 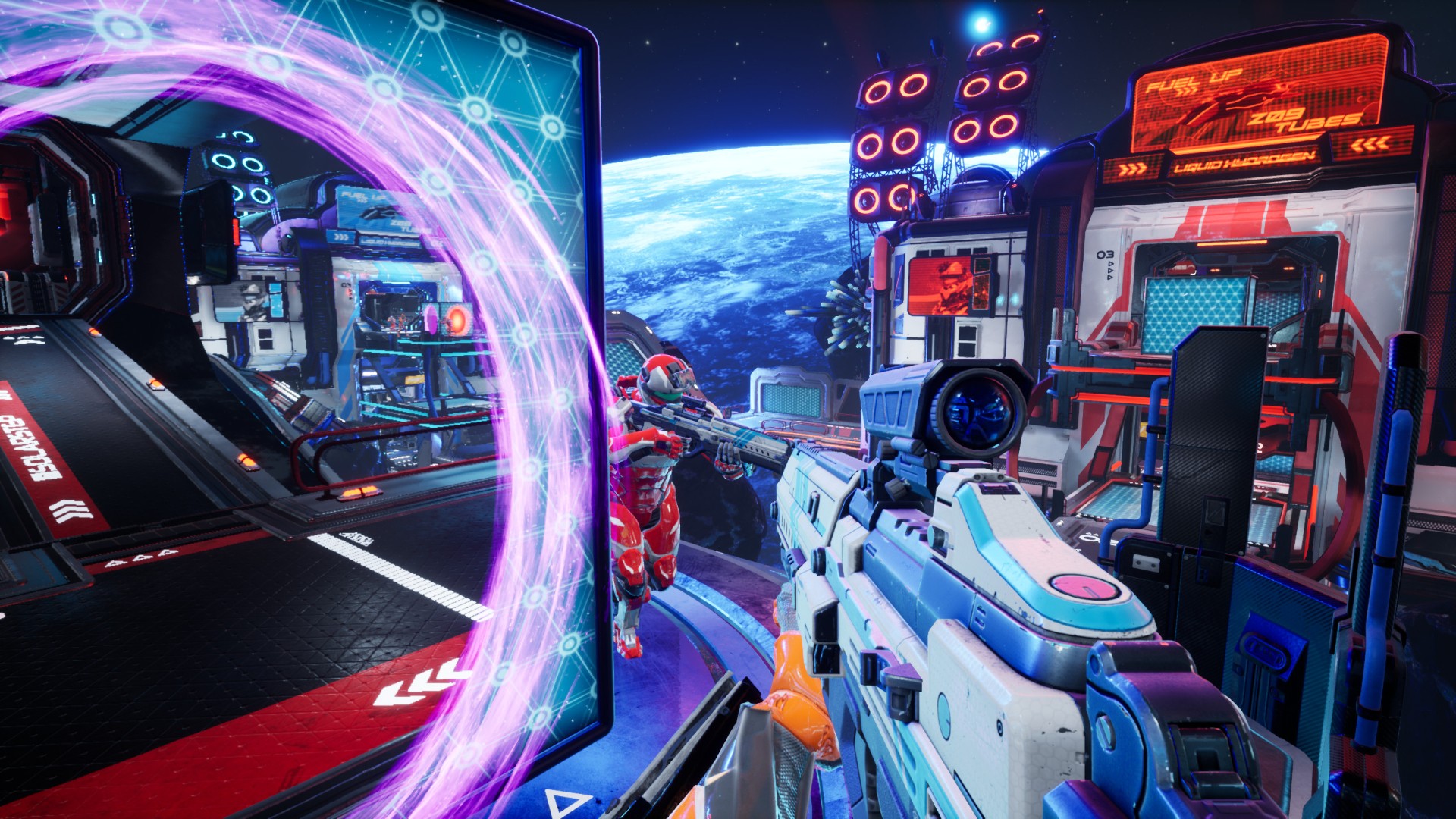 Shooting, portals, and sci-fi, what’s not to love? Splitgate has been described by many, including us, as a lovechild of Halo and Portal. FPS combat mixed in with player-controlled portals that can be used to navigate the maps.

While it launched on PC back in 2019, it came to PS5 in 2021 and players have been flocking to battle it out in over 15 competitive game modes on more than 20 maps. It’s also free-to-play and cross-platform, so you can team up with your friends on other consoles and PC, and there’s even a Splitgate ranked mode for those looking for a real challenge. 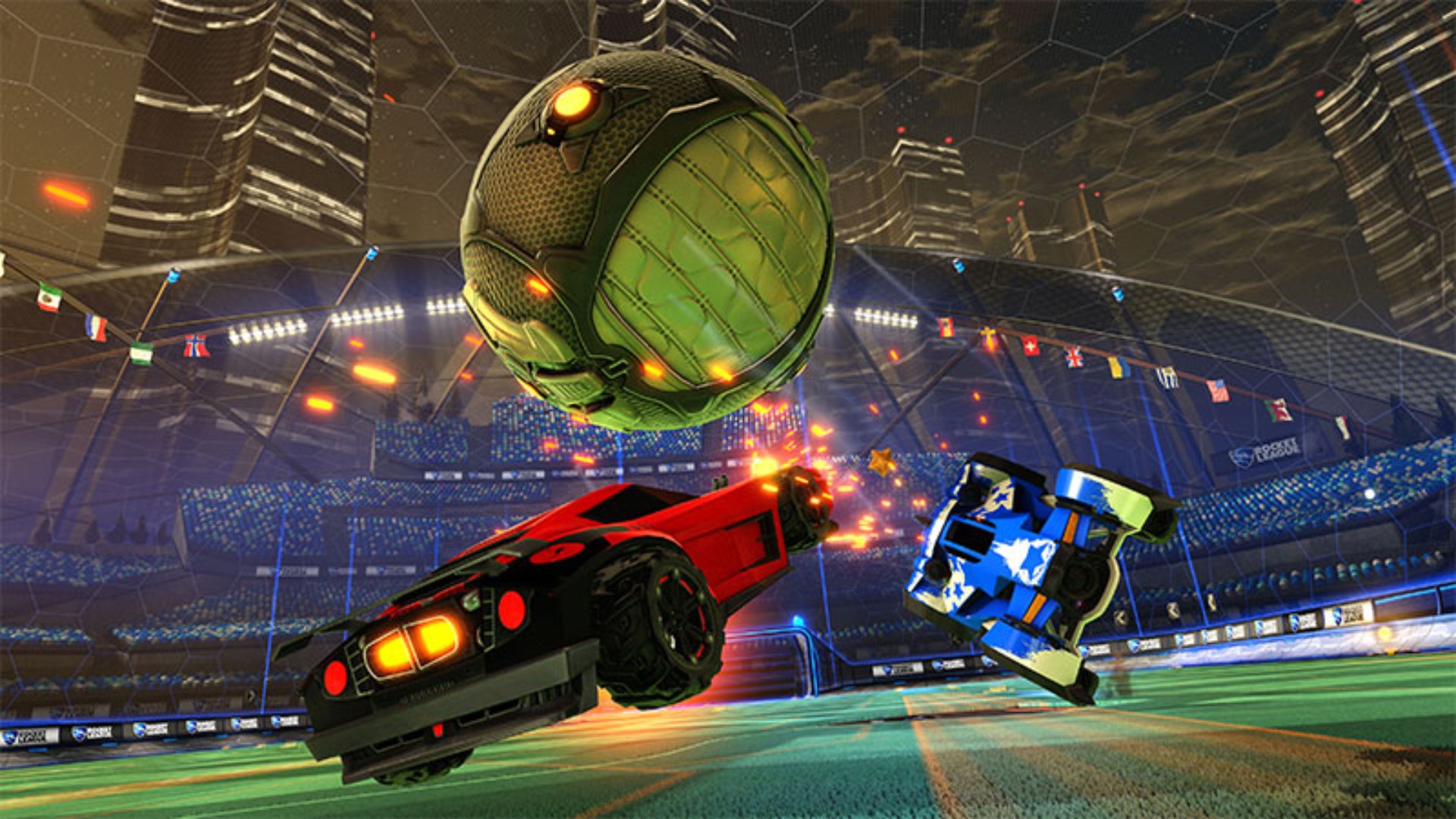 The thrilling, bonkers world of Rocket League invites players to play a match of football in acrobatic, lightning-fast cars. Speeding around the pitch, pulling off crazy flips, scoring goals – it’s a chaotic and enjoyable experience. Team up in multiplayer modes with either up to 8 players online or four player split-screen to compete for XP, rewards, and champion status. There’s even a Rocket League ranked mode for super competitive players.

A recent update for the game also enabled 120 FPS support on the PS5, meaning players can now enjoy it in the best quality possible. 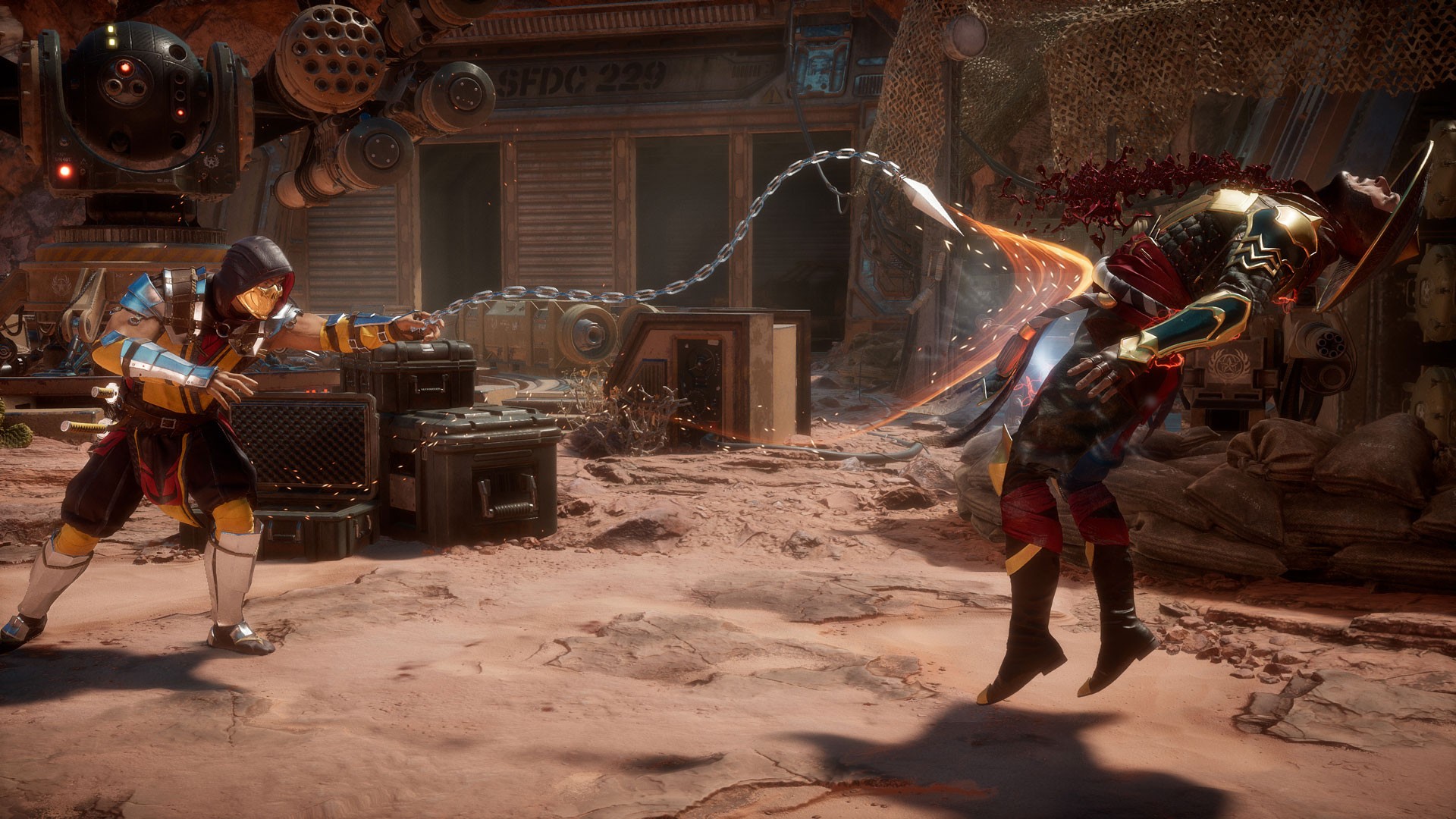 If a bit of beat ‘em up is more your cup of tea, then Mortal Kombat 11 Ultimate offers players a cross-gen, cross-platform, high quality, PS5-optimised multiplayer fighting experience. This game packs together a lot of remastered content from the MK11 base game, Kombat Pack 1 and 2, and the Aftermath expansion, all of which form a 37-character roster to choose from when selecting your Ultimate fighter. In true Mortal Kombat style, you unleash your moves against your opponent to work towards that fatal blow that will leave you victorious. 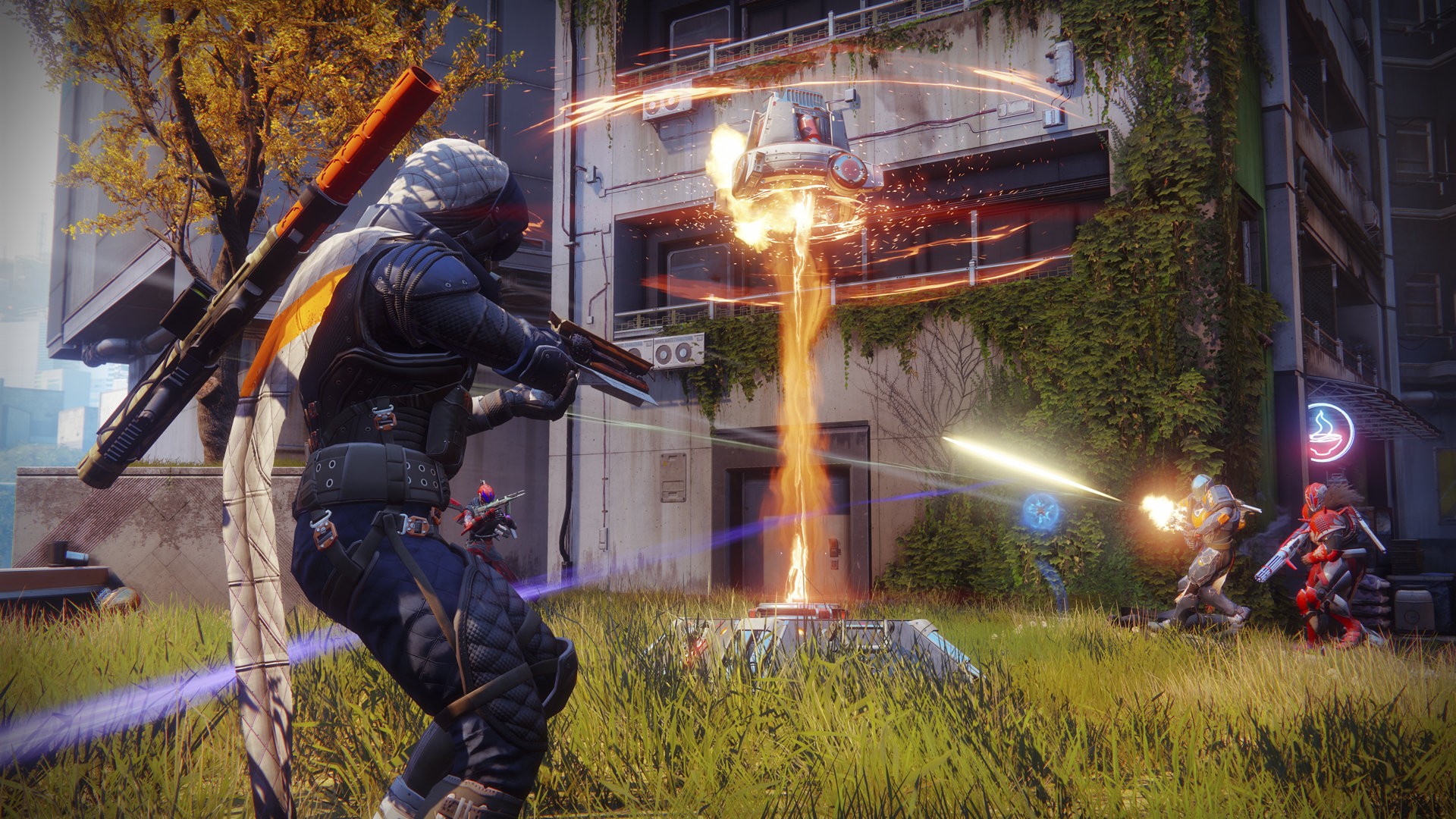 In MMO game Destiny 2, you are a Guardian tasked with defending humanity by harnessing the Light and staving off the Darkness. It’s free-to-play – although expansions past and present will cost – and, importantly, it has a bunch of multiplayer modes to choose from which can be PvE or PvP. While optimised for PS5, Destiny 2 has support across all platforms, meaning you can jump into the game with a whole variety of other players.

There’s cross-save too, meaning you don’t have to lose progress you may have already made on other consoles or on PC. 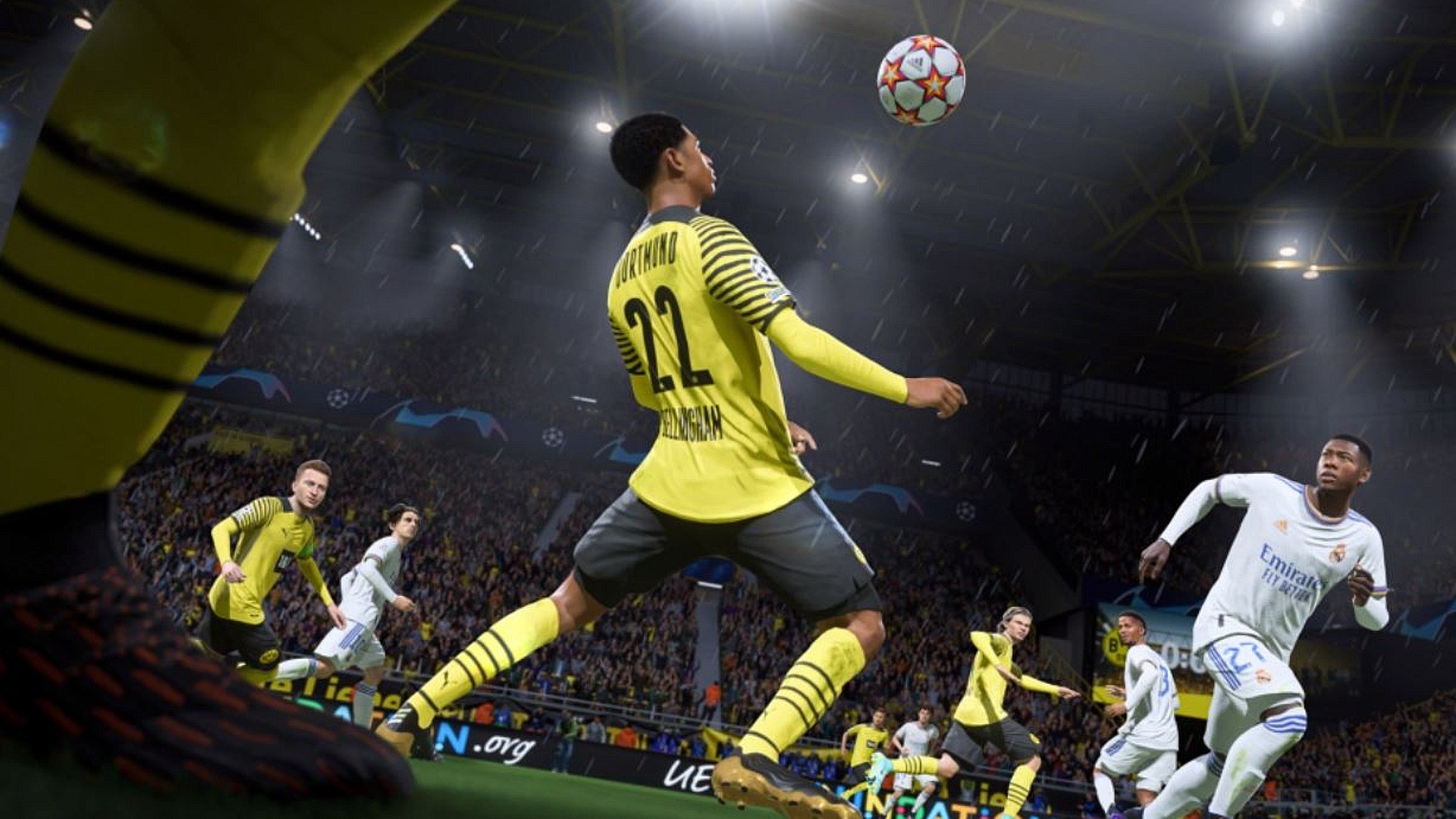 FIFA 22 marks the latest instalment of the iconic footie sim. If you’re looking for a sports game that has realism up front and centre then FIFA is for you. While the premise of FIFA games have long remained the same, the graphics and gameplay have, of course, evolved over time.

Ultimate Team has become the most popular game mode in FIFA, and in FIFA 22, playing against friends has been enhanced considerably. A top game for couch co-op or online competition with friends, and one with lots of shiny new-gen features.

So that’s our top ten multiplayer games on the PS5 right now. With a lot of big releases coming up, our list could very well change about a bit in the near future!

If you love getting immersed in a game then you should also take a look at the best PS VR games – what’s more immersive than virtual reality, eh?