While it is not the most exciting class in Pokémon Unite, Defenders can play a crucial role in the outcome of a game. These high-endurance and tanky Pokémon can help protect weaker members of your team and can act as a daunting barrier for a goal zone-bound enemy.

To get a detailed look at each one, we’ve brought together their in-game stat ratings, their difficulty level, and their move sets and ranked all three of them to see which one you should take into battle. Will you join the Blastoise Bunch, the Crustle Crew, the Snorlax Squad, or the Slow-Bros?

Crustle is the best Defender in Pokémon Unite at the moment. Here’s our full rankings:

Crustle is a superb pick if you want to do everything you can to protect your goal zones. With its rock barriers from Rock Tomb and traps from Stealth Rock, it makes the job of scoring much more difficult for the opponent. Crustle’s Unite move, Rubble Rouser, sees it cover itself in a swirl of rocks and keeps its opponents from getting anywhere near it.

Despite having slow base speed, Crustle can also cover vast amounts of ground thanks to the speed boost offered by using Shell Smash. This makes Crustle the best Defender in Pokémon Unite.

Snorlax boasts the highest Endurance in Pokémon Unite, and its move set is all about disrupting the flow of a game. Snorlax’s Unite move sees it fall asleep, and deal damage to any Pokémon nearby. While using Power Nap, Snorlax also regains health and is invincible to enemy attacks. It’s a hard task to take down a Snorlax. 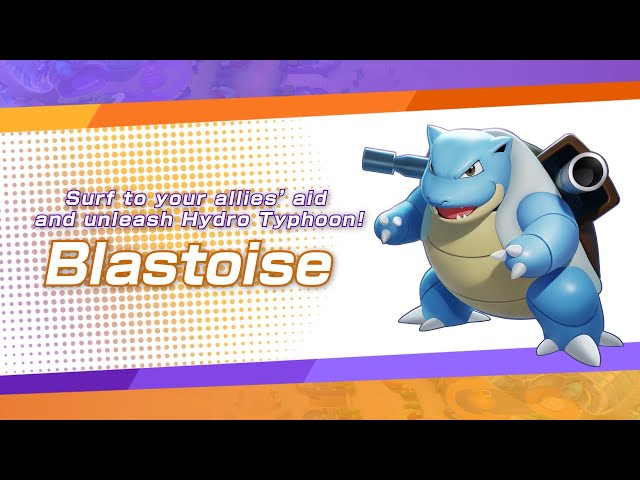 Blastoise is an absolute monster right now, and falls into the same category as Crustle where it can both tank damage while outputting large amounts of DPS. However, when thinking of Blastoise’s use strictly as a Defender, it falls short of both the rocky crab and Snorlax. However, it’s still S-Tier in our Pokémon Unite tier list, so definitely give it a (rapid) spin.

Slowbro is one of the most frustrating opponents in Pokémon Unite. While it isn’t quite as defensive as Snorlax and Crustle and feels closer to a Supporter, it’s definitely a great pick. Its Unite move, Slowbeam, makes it unable to move but does make Slowbro immune. It then fires a beam that deals damage and locks enemies into place so that your teammates can pile in on them.

Despite being at the bottom of this list, Slowbro is still definitely viable and a strong pick, so don’t discount it.

For our breakdowns of the other classes in Pokémon Unite, check out the following guides: