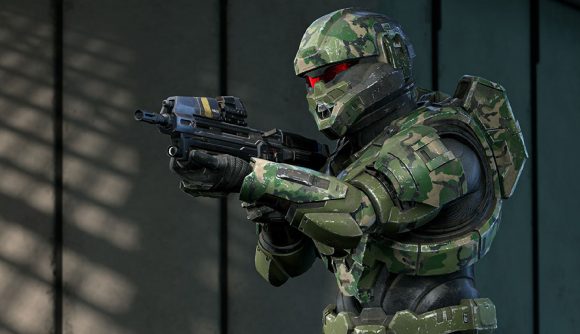 After much speculation, rumours, and even a Pringles leak, Microsoft has announced that Halo Infinite’s multiplayer is out now on PC and Xbox consoles. The free-to-play offering can be downloaded from the Microsoft Store and Steam on Windows PC, Xbox One, and Xbox Series X|S, allowing you to climb the Halo Infinite ranks.

Despite originally being set for launch alongside the campaign on December 8, this early release coincides with the 20th anniversary of the original Xbox and Halo: Combat Evolved on November 15, 2001. The full multiplayer experience, including Big Team Battle, Arena, and the full array of Halo Infinite weapons and gear can be experienced.

In addition to the current content, Halo Infinite Season 1 has also begun. Titled ‘Heroes of Reach’ the season includes a Battle Pass full of cosmetic rewards for you to rank up and an upcoming Fracture event which will allow you to get the Yoroi samurai armor.

As we dive into the multiplayer modes and experience this week (fingers crossed the servers hold up), we will publish our review for this side of the game, with a campaign review coming in December.

In honor of Halo's 20th anniversary, your Spartan journey officially begins today. Dive into Season 1 of #HaloInfinite, in the multiplayer beta starting today on Xbox and PC!

If you are planning to hop in to Halo Infinite’s free-to-play multiplayer now that it is out, why not check out our picks for the best guns in Halo Infinite, based off our time with the test flight earlier this year.