Ah, Career Mode. Once the jewel in FIFA’s crown, now overtaken by Ultimate Team as EA’s favourite child. It has received a bit of a revival, backed by FIFA Youtubers and streamers who put out Career Mode content in between FUT updates, drawing big views as they bring tiny clubs to the top. Career Mode die-hards may feel they’ve been left neglected by EA for several games now, stuck with transfer and kit updates whilst other modes got huge new features.

However, this is set to change this year. Currently in closed beta, FIFA 22 is building excitement ahead of its global release on October 1 on Playstation, Xbox, PC, Stadia, and Nintendo Switch.

FIFA 22 Career Mode promises updates to both the player and manager career paths, plus an all-new create a club mode. This is on top of the updated FUT details, Pro Clubs improvements (including being a female virtual pro for the first time), and all-new HyperMotion gameplay technology for players on PS5, Xbox Series X|S, and Stadia.

Here are some of the biggest changes coming to FIFA 22 Career Mode.

Career Mode will take advantage of the updates to gameplay across FIFA 22, with HyperMotion technology, true ball physics, new attacking tactics, and a goalkeeper rewrite.

There’s new commentary too, with a small but significant update to Career Mode. Ex-England and Arsenal ace Alex Scott is the first female English-language FIFA commentator, taking over the live goal updates from across the league as you play your Career Mode matches. Derek Rae and new addition Stewart Robson will deliver the match commentary.

EA has also updated Career Mode cutscenes for FIFA 22. This includes the ones for transfer negotiations, plus more pre and post-match cutscenes, including in the dressing room for the first time ever.

Keeping FIFA as authentic as possible, the UEFA Conference League will be added: UEFA’s new third-tier European competition. This sits nicely alongside the Europa League and Champions League.

The game also celebrates your career achievements and highlights with you now, with milestone matches, games won, outstanding debut seasons, goal records, manager of the month awards, and more serialised in-game and in the news section.

Also new in FIFA 22 Career Mode is the ability to create your own club. Customisation reaches whole new levels this year and we can’t wait to take The Loadout FC all the way to the Premier League.

All of these new features add to the immersive experience that FIFA 22 Career Mode is aiming to deliver. 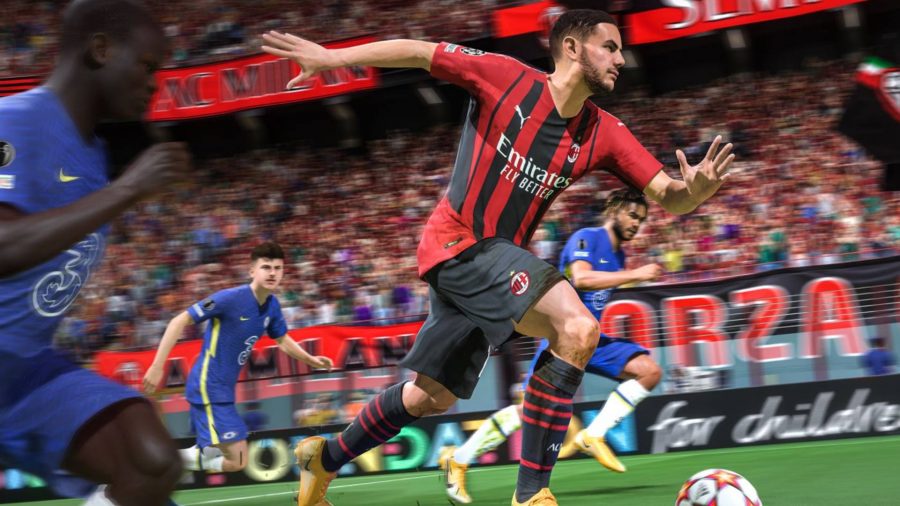 One of the most wished-for additions to FIFA has finally been delivered; you can now create a club in FIFA 22 Career Mode. There are no half-measures when it comes to the implementation, either. Players will be able to build their club from the ground up, with countless customisation combinations at their fingertips.

You can jump right into any league and replace a team of your choice with your created club. The club you replace will move to the Rest of World league in your FIFA 22 Career Mode save, so you’ll still be able to buy players from them.

Create your club identity including name, crest, and even the nickname the commentators call you in-game. Then to create your all-important kits, select primary, secondary, and tertiary kit colours for your home and away strips. There are dozens of templates to select from. Fans of Pro Clubs will recognise this from FIFA 21. You’ll be able to change your kit at the end of every season to keep your save fresh, too! 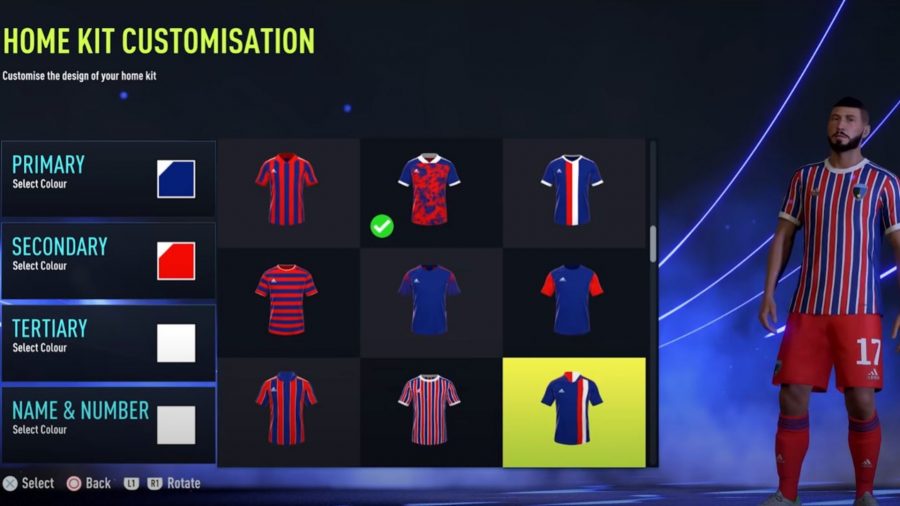 Creating your stadium will be familiar for those who played FUT 21. The customisation options for colour, seats, pitch lines, goal net colours, chants, and more are editable from the generic stadiums already in the game.

Even if you aren’t creating a club in Manager Career Mode, if the club you choose has a generic stadium instead of a licenced one (we see you Ivy Lane, Molton Road, and O Dromo), you can use the stadium building features too. Previously, you could only update the realism by changing the name, but now, you can make your ground feel even more like home.

Establishing your team means selecting your nation and league, team star-rating, average age, domestic rival, transfer budget, and board priorities to add the right philosophy for your playstyle.

Then, all you need to do is hunt for glory. 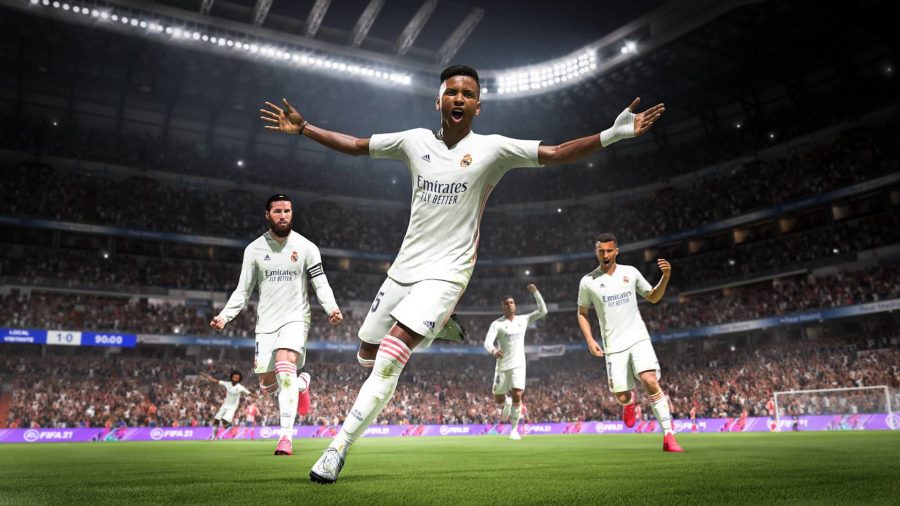 The player career in FIFA 22 Career Mode has benefited from big updates, adding new depth and challenges to your journey to superstardom.

You can now come on as a sub in your player career, where you can start as a young footballer. The all-new manager rating system allows you to build your way up in your manager’s eyes. Earn enough manager rating to get yourself a spot in the starting lineup. Fail to hit your match objectives, and you are at risk of being benched, dropped, or even transfer-listed.

How quickly your player climbs up (or falls down) the ranks is based on the team around. You can opt to play for Manchester City or PSG, but there is stiffer competition. It’s easier to hold on to a starting shirt at a lower-ranked team with fewer superstar players around you.

Match objectives are more dynamic than ever and are based on:

You can take an even tougher challenge by enhancing your match objectives for an extra ‘player growth’ award. 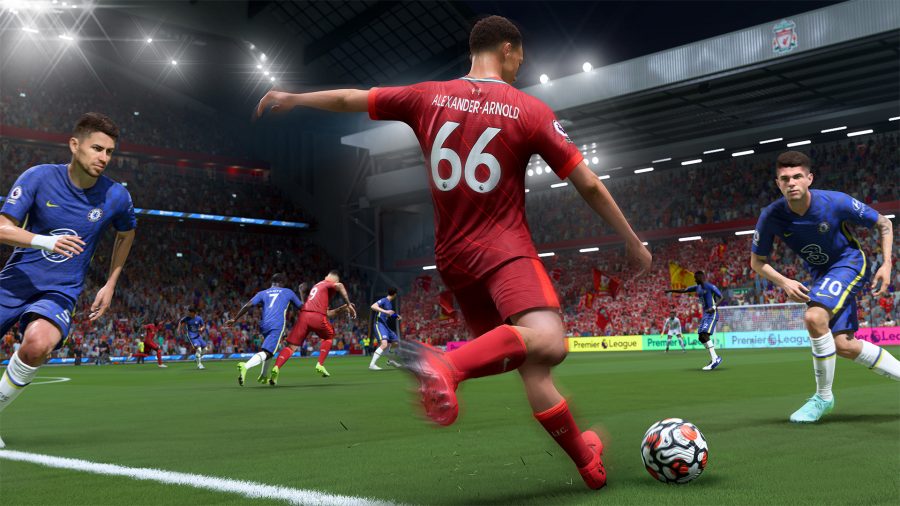 Player growth is determined by XP, which you earn by playing matches, completing training (you get more for manually doing this rather than simming), and completing objectives. XP unlocks skill points, and skill points go into a wide and deep skill tree.

The new skill tree has noticeable effects on player attributes and traits in-game. Previously, created players grew universally based on matches, but with the new skill tree, you get more of a role in the development and playstyle of your pro.

Finally, EA has introduced all-new perks into Player Career Mode. You can equip three in a game and they work like power-ups; you can boost your skills and abilities using perks, or even the players around you. Depending on the importance of the match ahead, you can mix and match to suit.

Of course, once you’ve won it all and decided to hang up your boots as a player, FIFA allows you to take the reins of your club and become the boss, with an easy progression into Manager Career Mode.

So they are all the major changes and new features coming to FIFA 22 Career Mode, and with this year shaping up to be the best Career Mode experience for a while, you better impress! No one wants their fans leaving the game early. The shame! Expect even more pressure to perform in FIFA 22 Career Mode. We cannot wait.