Unless you’re some sort of football hipster, goals are the best thing about football, and in FIFA 22, that’s no different. The difference between sweet victory and bitter defeat in this beautiful game can be a great striker. When looking for the best striker in FIFA 22 though, you’ll need to consider their finishing, shot power, pace, dribbling and skill moves.

While the pace and skill meta will always be around in FIFA, whether you’re playing career mode or Ultimate Team, there is still a lot to be said for strong forwards who can bully defenders, and tall ones who are a nightmare in the box and at set-pieces. A five star weak foot can make your forward unpredictable, so you don’t need to shift the ball before getting a shot away.

The old cliché, ‘one fat lad and one fast lad’, works brilliantly in FUT 22 if you’re playing two up top – don’t write players off because they don’t have 85+ pace. Besides, any striker who gets good service can bang in goals, so be sure to check out the best wingers in FIFA 22, too.

Whether you build a stacked Premier League FUT team, a Ligue 1/Bundesliga hybrid, or something totally original, you’re spoilt for choice in the striker ranks.

Here are the best strikers in FIFA 22: 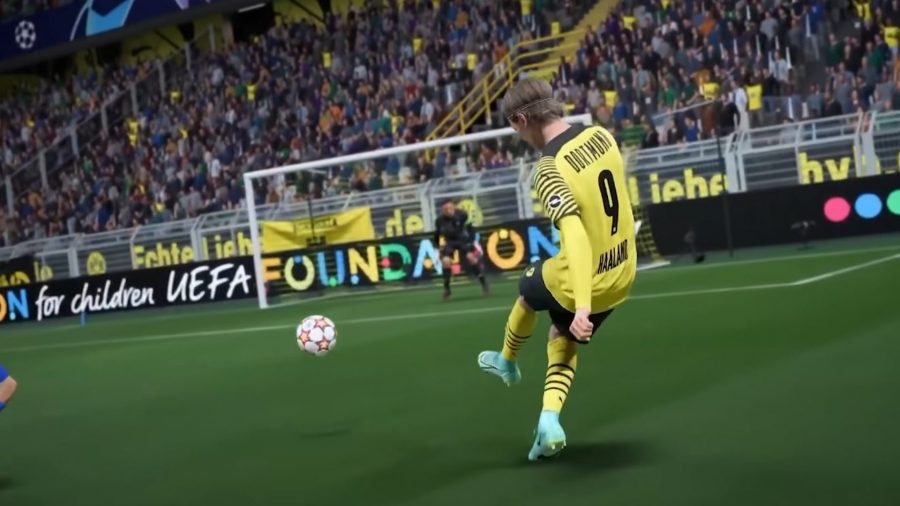 There you have it: our list of the best strikers in FIFA 22. Hopefully with one of these lads leading the charge, you’ll be whittling through the FIFA 22 Division Rivals rewards in no time.