Patches has been a recurring FromSoftware character, appearing in all of its games (except Sekiro), and players are hoping that he will once again return in Elden Ring for another round of mischief and trickery.

Patches is often found hiding away in locations off the beaten path, and if you manage to track him down he will often engage with you in a fight, try and trap you in a boss fight, or trap you in a dark cavern with another deadly enemy. If you do manage to escape, he will then try and take your money from you by selling some gear and some consumable items, which can sometimes be incredibly useful.

But, if you are still wondering about Patches’ location in Elden Ring, continue reading on for the answer as well as some extra details about this infamous, fan-favourite FromSoftware character who has gained a notoriety in the community.

Is Patches in Elden Ring?

Yes, Patches is in Elden Ring, continuing his streak of cropping up in FromSoftware games.

In Elden Ring, you can find Patches at the Murkwater Cave in Limgrave, which is one of the game’s dungeons.

He will be the boss fight waiting at the end of the dungeon when you open the treasure chest. However, once you get him to the final chunk of his health bar, he will surrender. If you choose to kill him you will be able to loot his body for a Spear +7, a leather armour set, and the Patches Bell Bearing, which you can give to the Twin Husks in Roundtable Hold.

However, if you keep him alive, you will be able to buy some valuable gear, including armour and crafting items. He is also home to one of the Stonesword Key locations in the game, which can be used to open Fog gates by an Imp Statue. 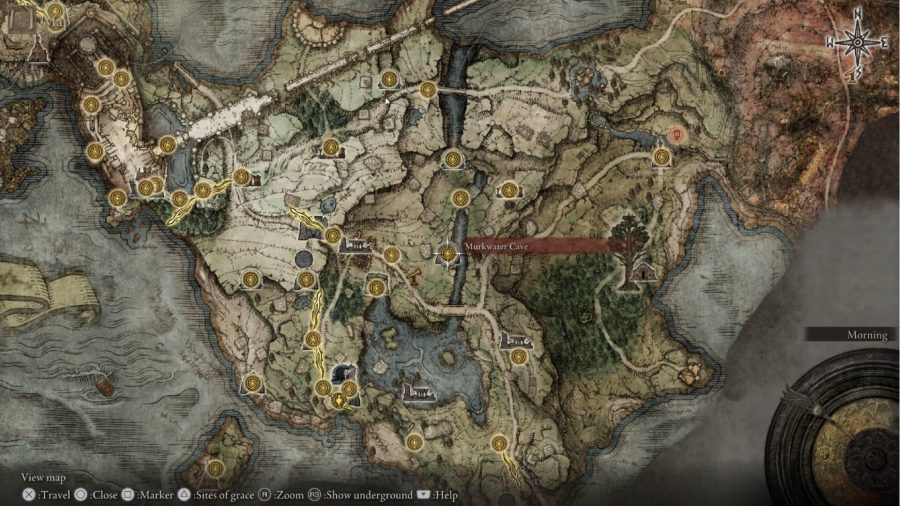 On top of that, if you then continue through the game, up to the Academy of Raya Lucaria, Patches will show up a few more times and have his own questline for you to complete.

Patches’ hideaway in Murkwater Cave is just one of many NPC locations in Elden Ring, including the fan favourite Pot Boy. Pot Boy’s location is pretty close to Patches’ in Elden Ring as well. For more help as you playthrough Elden Ring, check out our Elden Ring walkthrough which is filled with tips and tricks.