Everyone has had that moment in a Souls game where you are just about to beat that nightmarish boss, but you’ve run out of healing and the boss is winding up a mega attack. It’s not a great place to be in, but with this list of Elden Ring Golden Seed locations, you will be able to make sure that it’ll never happen again.

Golden Seeds are scattered all throughout the Lands Between and are spotted by their glowing, miniature Erdtree-esque manner. They are fairly easy to spot when galloping around on Elden Ring’s horse Torrent due to either luminous nature, but this guide will give you a heads up on where to look in the first place. Golden Seeds are very important in Elden Ring as they allow you to increase the number of flask charges in total, leaving you to never be lost with no healing, or allocate a couple more FP flasks if you’re a heavy spellcaster.

If you’re looking to increase the strength of your flasks then check out our guide on Elden Ring Sacred Tear locations but look no further than below for our list of Elden Ring Golden Seed Locations to up your healing game with some early locations for the item.

Elden Ring’s Golden Seed locations are scattered all throughout the Lands Between in Limgrave, Caelid, Liurnia, the Academy of Raya Lucaria, Stormveil Castle, and more. Here’s a list of all the locations from early in the game: 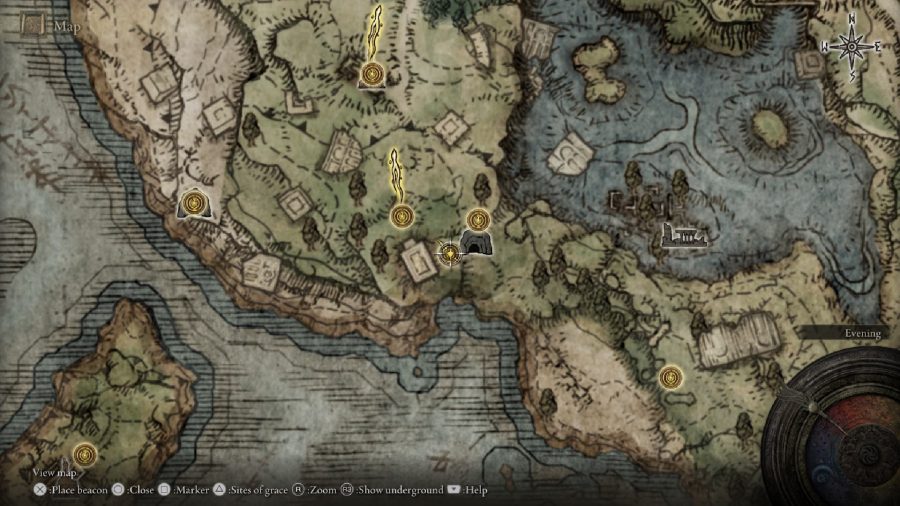 The first Elden Ring Golden Seed you’ll be able to lay your hands on is located within the game’s opening cave, with it lying behind a fog gate. The caveat is that to get it immediately you will not only have to pick the Stonesword Key as your starting gift to unlock the fog gate it hides behind, but you will also have to beat the tricky boss that inhabits this mini-area.

This is almost impossible at the beginning of the game and you will need to level up till at least level 45 to beat. 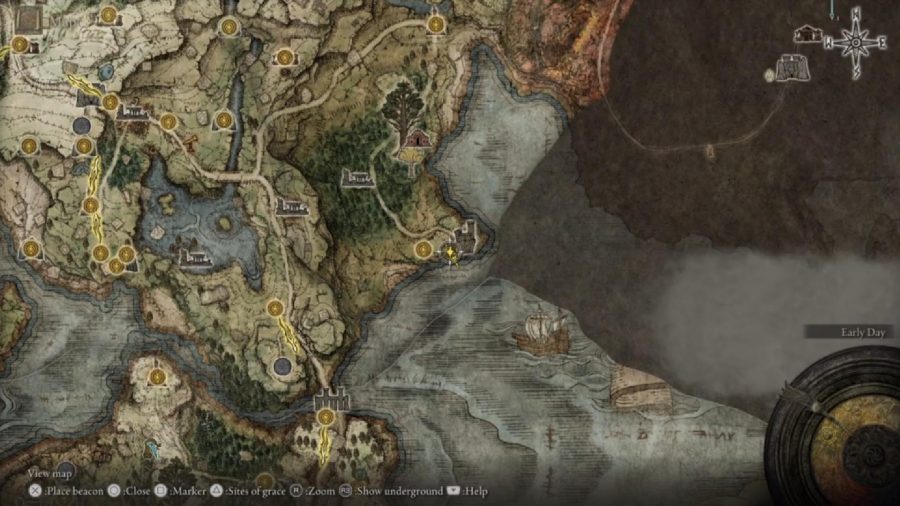 Another Golden Seed can be found in the south-east of Limgrave, south of the Erdtree at Fort Haight. It can be found on the cliff edge outside the fort. 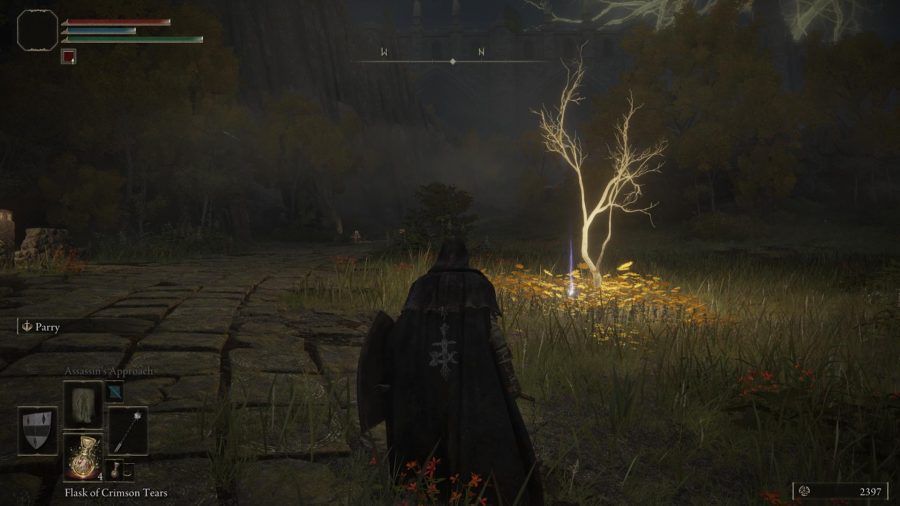 If you follow the main path up to Margit the Fell Omen and Stormveil Castle you will find the next Golden Seed location. As long as you stick to the path you are guaranteed not to miss it. 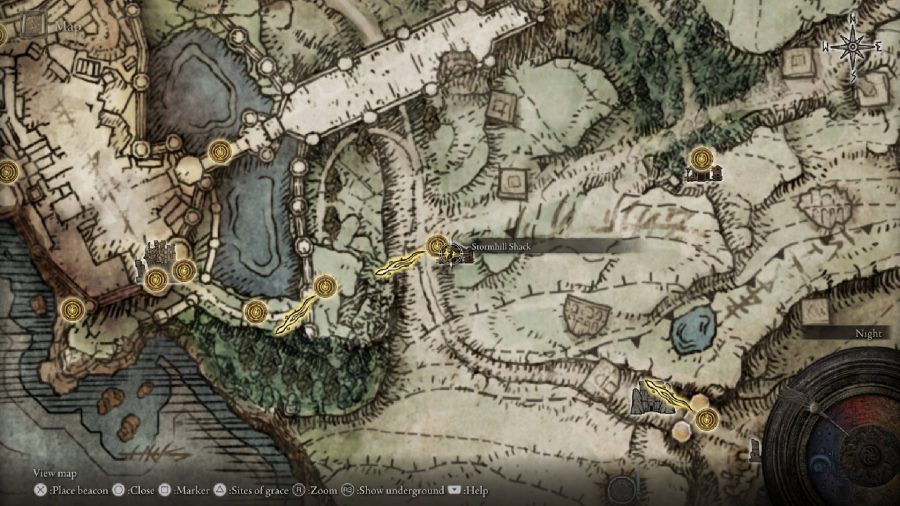 When on that same path, once you reach Stormhill Shack and its Site of Lost Grace, make sure to exhaust Roderika’s dialogue who sits inside the shack. 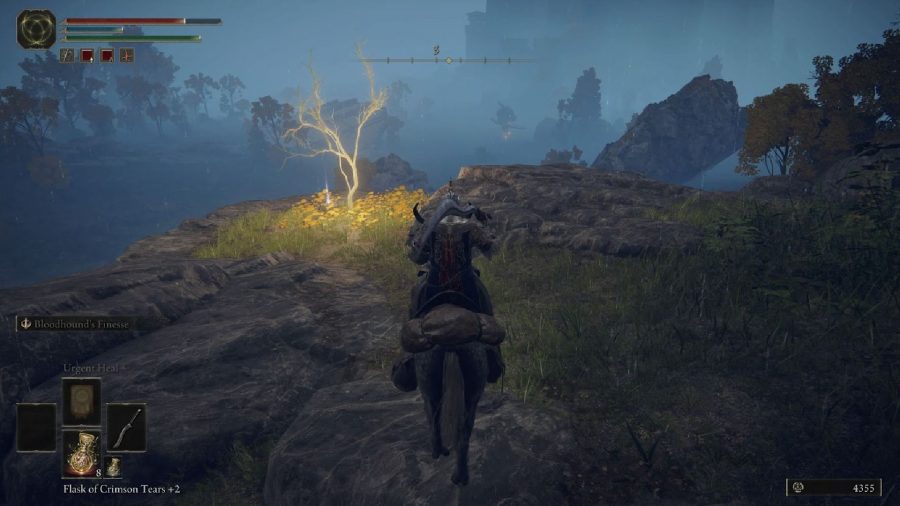 In the approach to Castle Morne, you will find the next Golden Seed location. Go south once you cross the Bridge of Sacrifices into the Weeping Peninsula, and continue past Oridys’s Rise.

Continue through the camp until you step out into an open area where you can see the castle and a stone giant shooting arrows at you. From there, look southwest and you’ll be able to see the glow of a Golden Seed at a minor Erdtree. You can kill the giant to make grabbing it easier. 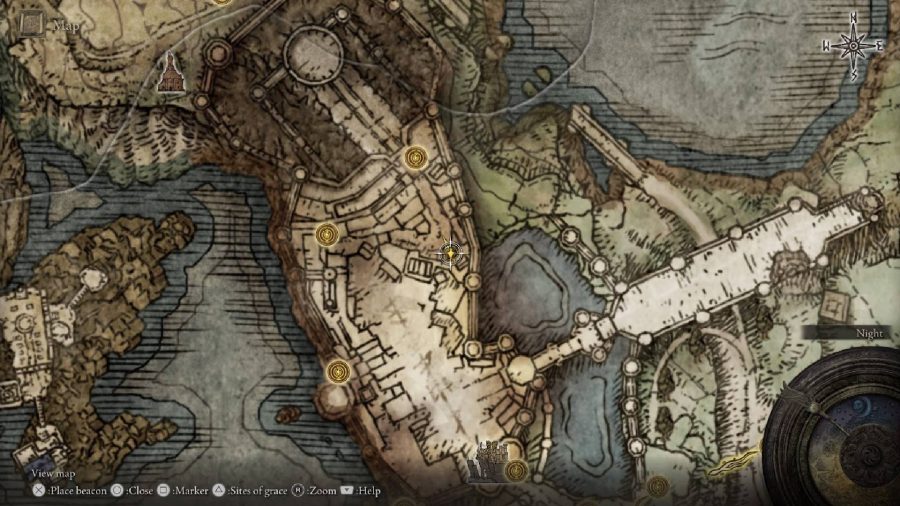 In between the Liftside Chamber Site of Lost Grace and Godrick’s boss area is a Golden Seed tree. There is an army of enemies to get to it from the Site, and beyond it sits a giant – albeit outside of the aggro range, so make sure to be careful when fetching this one. It is located directly next to the room where you find Nepheli Loux. 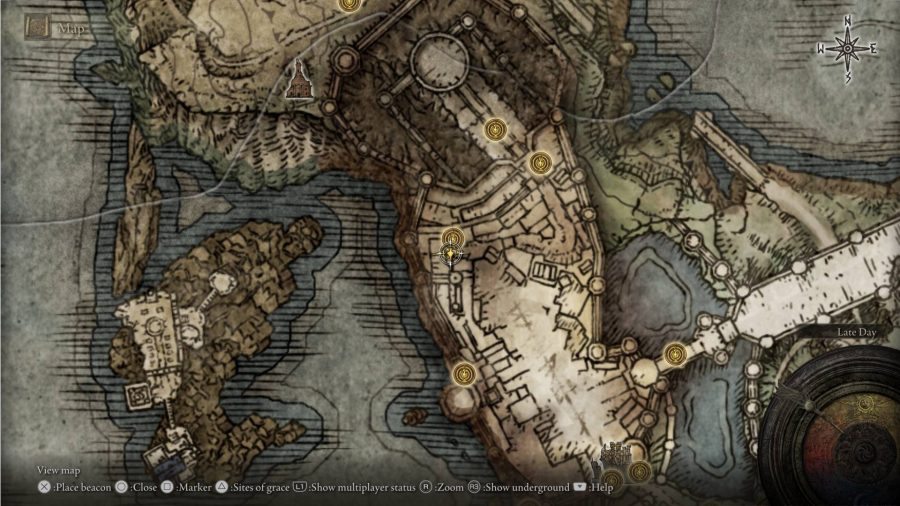 The next Golden Seed can be found under Stormveil Castle. From the Liftside Chamber Site of Grace head outside and turn right so you drop down onto the ramparts. 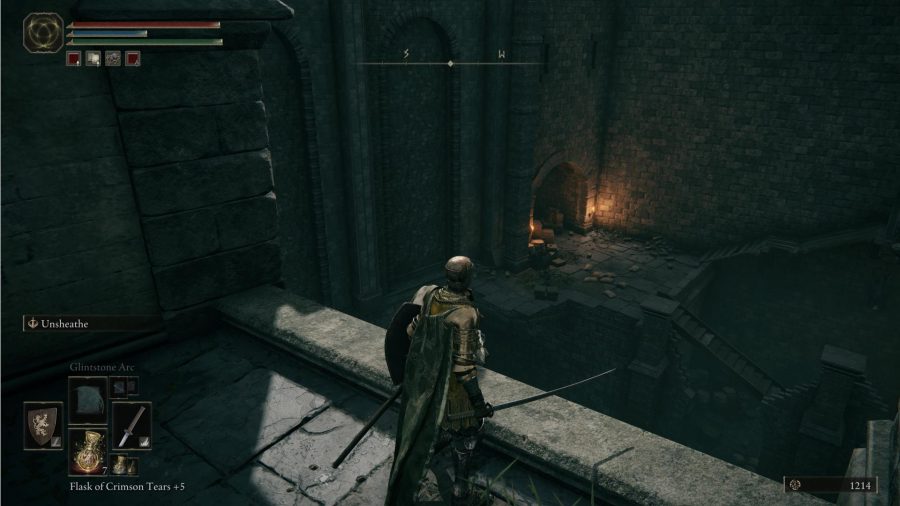 Continue along until you find a group of items and a boss will spawn. Kill the boss to get a Golden Seed.

Academy Gate Town in Liurnia of the Lakes is home to the next Golden Seed location. Make your way towards the crumbling site to find a Golden Seed tree almost directly in the middle of the collection of sinking buildings. 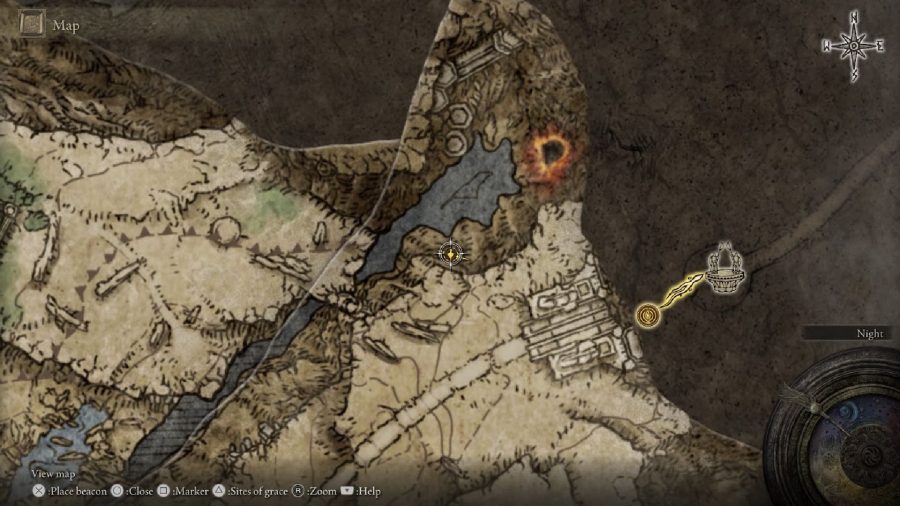 Right at the very top of Liurnia of the Lakes in the northeast, you will find a Golden Seed on the banks of a river. If you have found the Great Lift then just head west from there and you will find it. Setting the time of day to night is a great tip if you’re struggling to find it as it makes the trees stand out more. 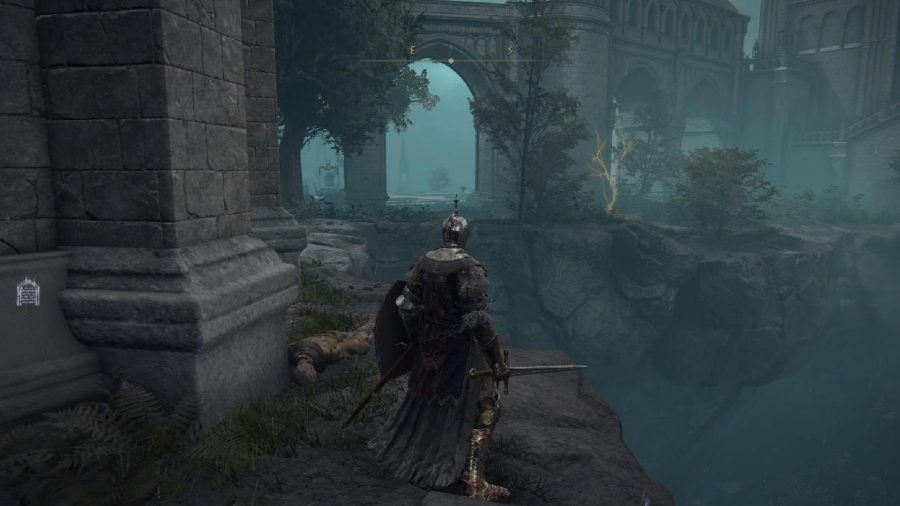 Head to the northeast side of the main courtyard in the Academy of Raya Lucaria after defeating the first boss and you’ll find a Golden Seed tree perched on the edge of a cliff just beyond an archway. Make sure to pick up a Stonesword Key in the courtyard too. 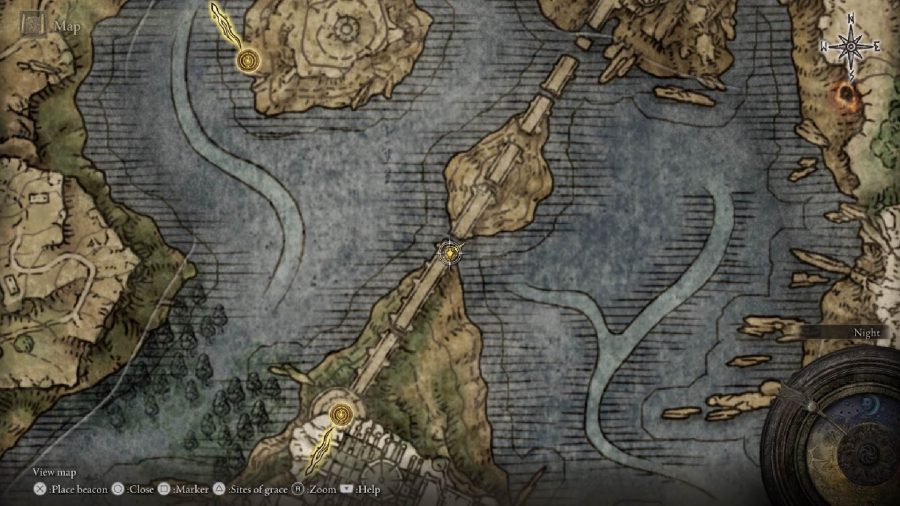 At the northern end of the north gate to Raya Lucaria, you’ll find a fragmented stone bridge with a Golden Seed tree planted right at the edge. 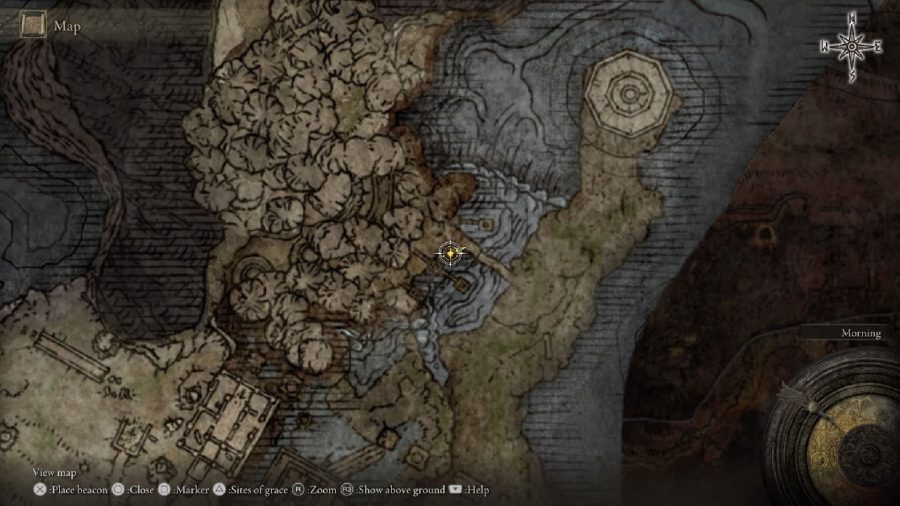 To get to this Golden Seed location, head to the northern section of Siofra River, which can be accessed from the Siofra River Well in Limgrave.

Take the teleporter by the Siofra River Bank Site of Lost Grace. Then, after teleporting, head northwest to the very top of the area and find the Golden Seed tree on the edge of a cliff. 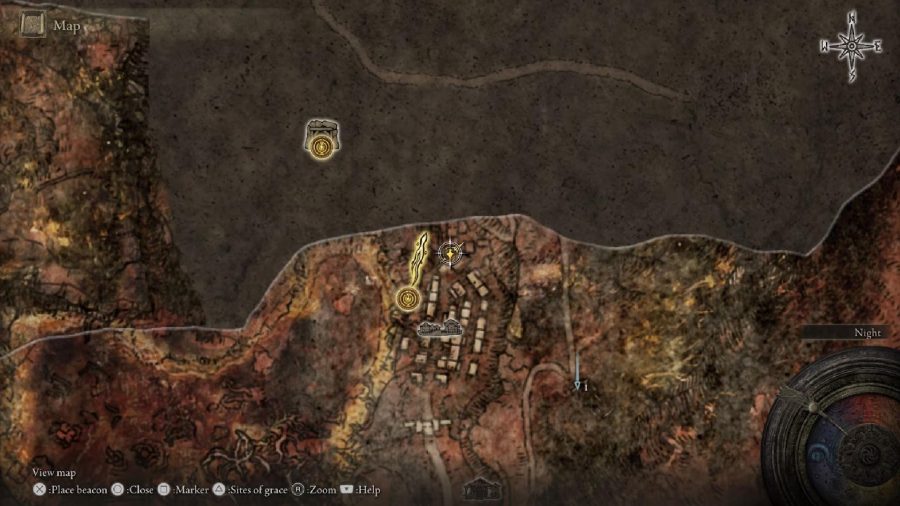 In the northernmost part of Caelid’s Sellia, Town of Sorcery, you will find a Golden Seed tree within a patch of grass, and beyond the last of the houses. From the Site of Lost Grace, it is just a few steps northeast. 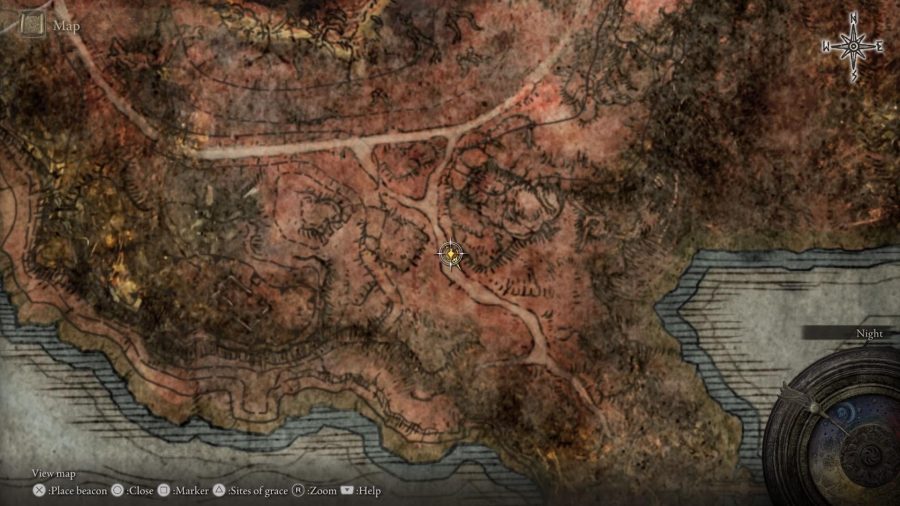 Another Golden Seed location in Caelid is found in the southern part of the region. Once you get to the Impassable Greatbridge Site of Lost Grace, take the road north, and once you reach the point on the map above it will be just to the side of the path. 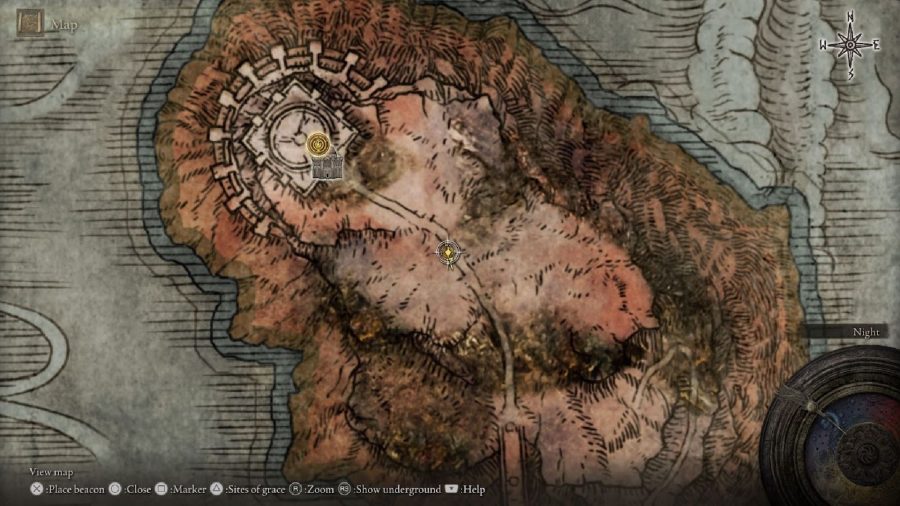 The Bestial Sanctum and the Dragonbarrow region of Caelid are home to a number of wondrous things, and one of them is a trusty Golden Seed from a Minor Erdtree.

When at the Bestial Sanctum doors, head directly south down the path and within a moment you will see the glowing tree adjacent to the road. You can access this one fairly early in the game, but it requires finding D, Hunter of the Dead and progressing his NPC questline. 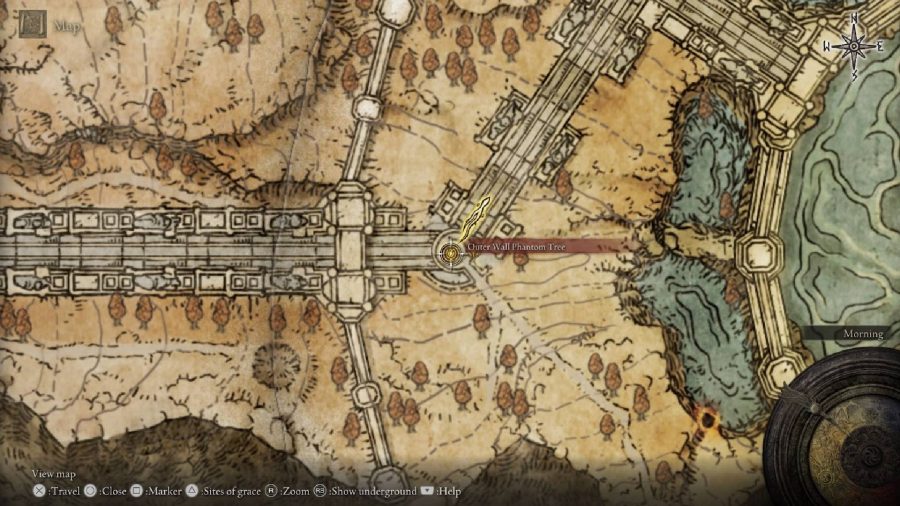 The Golden Seeds we have found so far in Leyndell have both come in pairs, so it is a great way to quickly up your healing game. The first two can be found past the entrance at the Outer Wall Phantom Tree Site of Lost Grace. 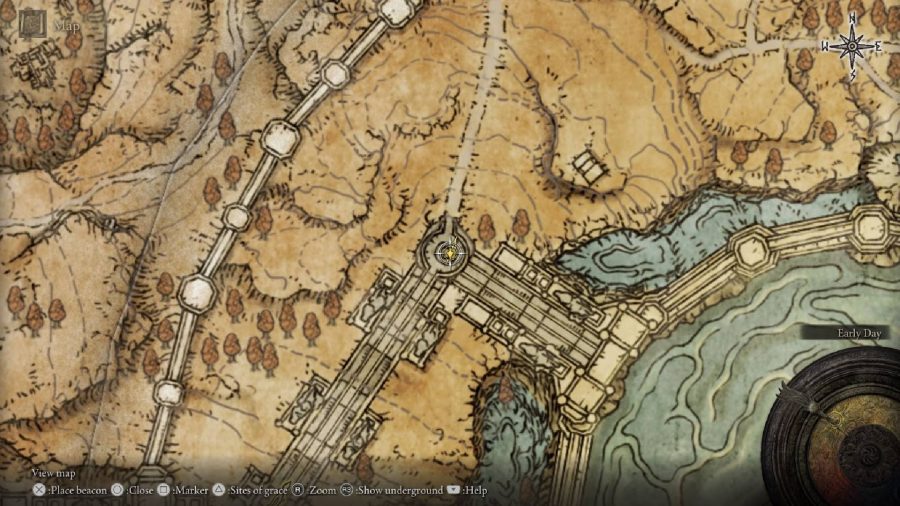 The next two can be found just northeast up the path from the previous two in another stone circle. 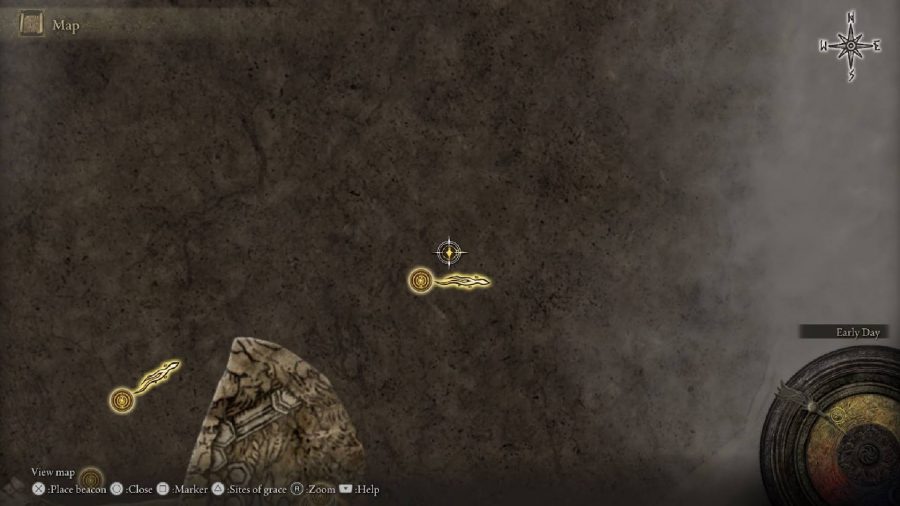 Once you reach the Erdtree-Gazing Hill Site of Lost Grace in the Atlas Plateau, look directly northeast and the Golden Seed will be right in front of you. 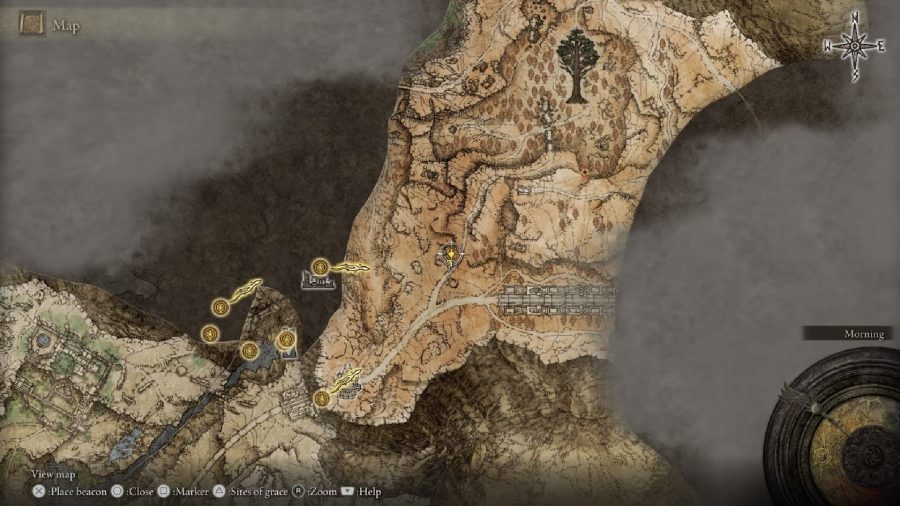 Once you get to the Atlas Highway Junction Site of Lost Grace, follow the path north and at the split in the road, take the left path until you reach the Golden Seed at the Minor Erdtree.

That wraps it up for all of the Elden Ring Golden Seed Locations. Additionally have a look at our Elden Ring walkthrough for more extensive guides for the game to put you on the right path to becoming the Elden Lord.