Fia, otherwise known as the Deathbed Companion, is one of the pre-existing NPCs located in Elden Ring when you first get to the roundtable hold. She can be rather confusing and cryptic, most notably tricking the player into a comforting hug where you are unknowingly gifted a five per cent health debuff.

However, she has easily one of the best and most expansive quests in the game, so it is well worth doing. Furthermore, like many of the Elden Ring quests, her story intertwines and crosses over with other key NPC journeys so it is not something you’re going to want to miss if you want the full Elden Ring story and to say the variety of Elden Ring endings.

It is a difficult quest to see the whole of though and requires a lot of interactions to take place at the right times, but what better place to find out all of these points of interest than our Elden Ring Fia quest guide. For the full rundown, make sure to read below.

To complete Fia’s quest in Elden Ring you will need to finish multiple steps in Roundtable Hold, the Deeproot Depths, and more.

The first hurdle in starting the Elden Ring Fia quest is reaching the Roundtable Hold. Once in the Roundtable Hold, head to the right corridor and into the room just before where Hewg the blacksmith stands. There is Fia, who stays there for most of the game, so at least she is easy to keep coming back to.

Her main mechanic is letting her hold you. Unfortunately, what appeared to be a compassionate gesture in an otherwise unforgiving game is, of course, actually bad, as it gives you a consistent penalty on your health. Fortunately, this is easy to clear as you just use Baldachin’s Blessing, which you get from hugging her. Unfortunately, it is a good idea to keep hugging her and using your Baldachin’s Blessing again and again to progress her quest.

Keep checking in with Fia after reaching major story points and killing Elden Ring bosses as she will have various new conversations, but none of these are essential in completing her quest. 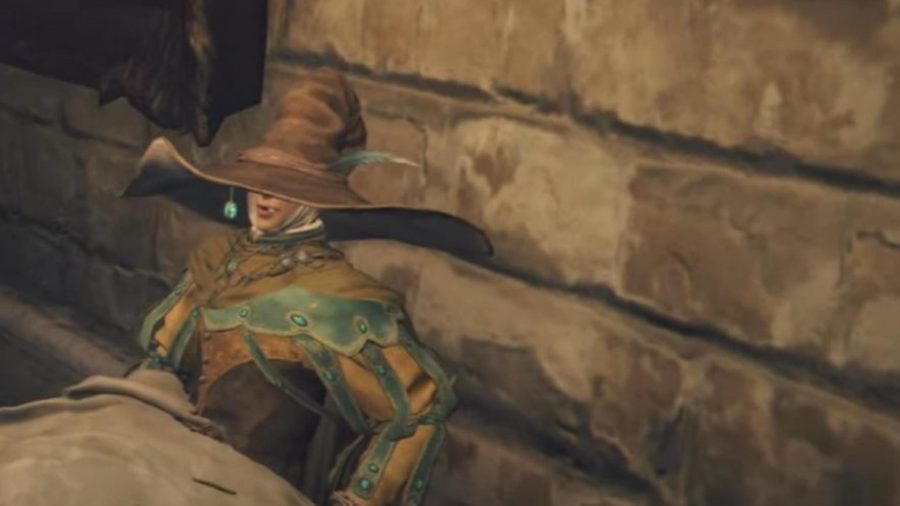 After you have killed Godrick the Grafted and met Sorcerer Rogier in Stormveil Castle, Rogier will make his way to the Roundtable Hold. You can find our guide on completing Rogier’s quest here, and it is essential that you read it as it plays a big part in progressing Fia’s questline. However, speak to Rogier and exhaust his initial dialogue, and then return to Fia once again.

In this next conversation with Fia, she will ask you for a favour: to find the owner of a dagger she gives to you and return it to them. If this conversation hasn’t triggered after speaking to Rogier, continue in the main game and keep speaking to Fia after major points until she brings this up.

Once she has given you the dagger, rest at any Site of Grace and then speak to D at the Roundtable Hold. D will claim that he knows who the dagger belongs to and that he will return it to them. You can find him in Limgrave or after defeating two demi-gods in the game.

Rest once again, and then walk over towards Fia’s room. You will notice that the formerly sealed shut door at the rear of the corridor is now open. Head towards that room and you will see Fia inside, kneeling at the Death-rotted dead body of D. 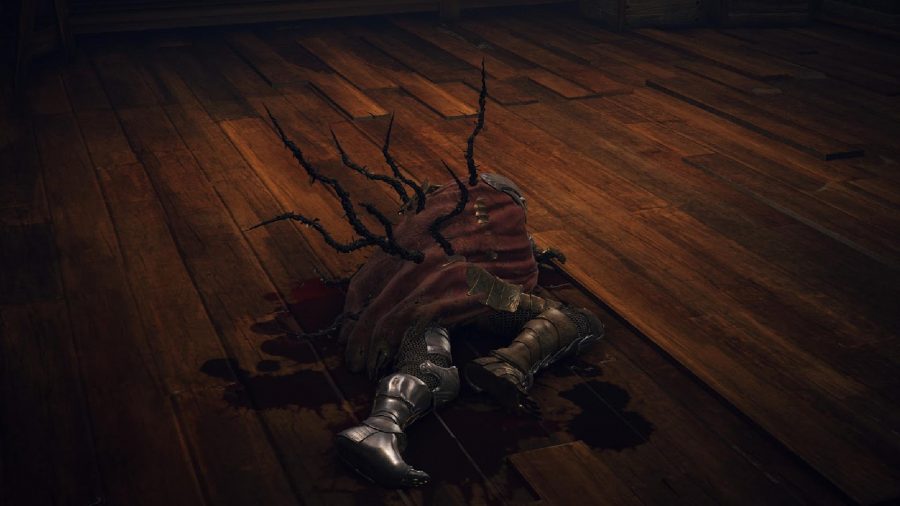 Speak to Fia and she will ask you to give a message to the Roundtable Hold about Godwyn, the Price of Death, and then she evaporates into thin air. Make sure to pick up D’s armour from his corpse – this will come in handy later.

This is where it gets tricky. You can progress Rogier’s questline until you receive a note from him explaining the whereabouts of D’s brother. But, this isn’t necessary as you can find him without the note. And whilst it is not required at this specific point in Fia’s quest, it would be a good idea to progress Ranni’s questline to the point where you receive the Carian Inverted Statue. Use this item in the Carian Study Hall in east Liurnia to reach the Cursemark of Death item at the Divine Tower after the Study Hall. 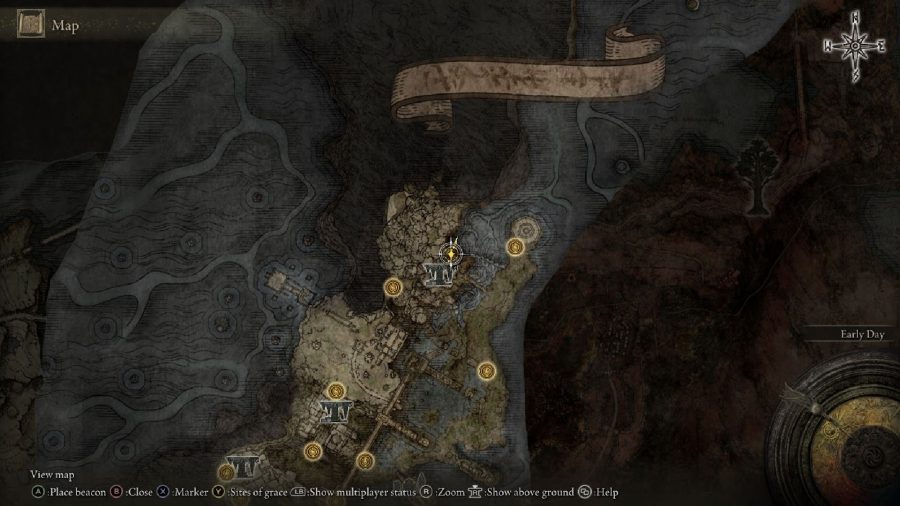 The next place to head to is the aqueduct in Nokron – as per Rogier’s letter – to find D’s brother. This will only be accessible after beating Starscourge Radahn and traversing the hole in Mistwood. From the Ancestral Woods Site of Grace, head north until you reach a cliff edge you can jump down slightly. Follow that path past some Crucible Knights and head to the right side of the aqueduct where you will find D’s brother on the ground. He won’t be very responsive, but make sure to hand him D’s armour set.

Beat the Valiant Gargoyles in the room below, then climb into the coffin at the back of the arena to get to the Deeproot Depths. From there, head north towards the main section of Deeproot Depths, picking up the handy map along the way. Climb up the tree roots weaving in-between the buildings until you reach the Across the Roots Site of Grace, then from there, head through the clearing into the giant arena where you will find a boss fight on the other side. 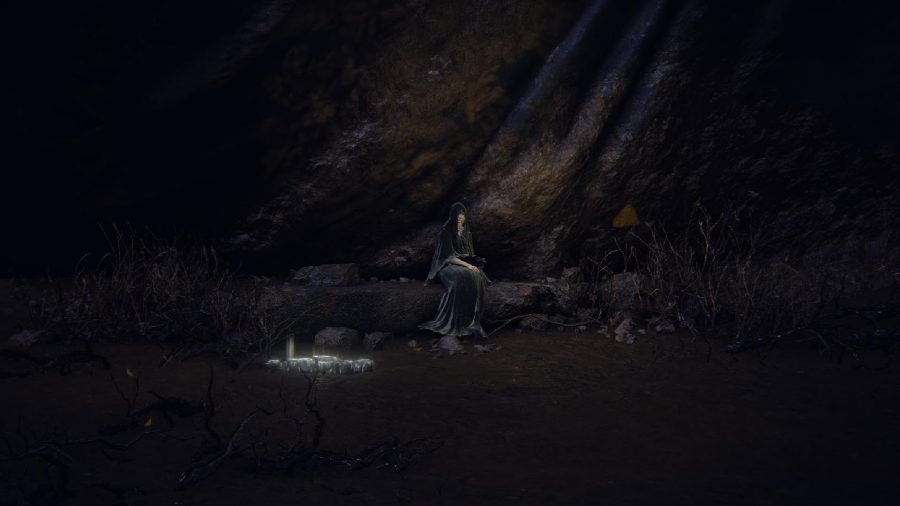 You will have to go through three phases of summons to complete this boss fight, but once this is done you will see Fia sat next to a sending gate. Speak to Fia after the fight and have her hold you. She will then ask for the other Hallowbrand. This is where Ranni’s questline comes in handy, as you will already possess the curse mark needed to progress the conversation if you picked it up from the Divine Tower at the Carian Study Hall.

Give Fia the Cursemark of Death, then use Baldachin’s Blessing and rest at the Site of Grace. Continue to exhaust her dialogue by repeating this cycle until you find her asleep. Then, touch Fia to enter the Deathbed Dream where you will be met with the Litchdragon Fortissax boss fight. 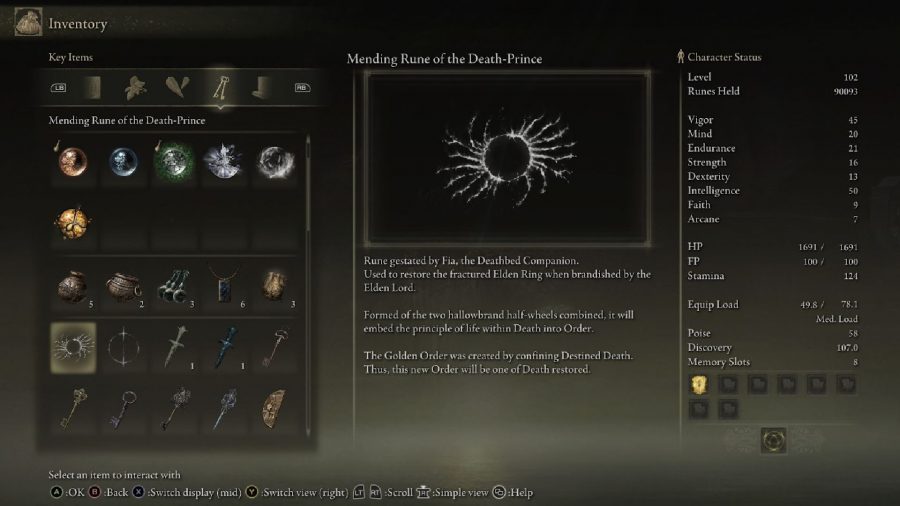 Once you have beaten the boss, rest again and return to Fia’s body where you will receive the Mending Rune of the Death Prince – an item required for one of Elden Ring’s endings. Rest once more to find D’s brother stood opposite Fia. Exhaust his dialogue and rest for the final time to regain the Twinned armour set and complete Fia’s quest.

So, that’s how to finish Elden Ring’s Fia quest. It is pretty confusing, hinging on multiple other quests, and can’t be completed until late game but it is well worth it. For more Elden Ring information, check out our guides in our Elden Ring walkthrough and make sure to read our Elden Ring boss order guide.