The words ‘Red Door’ were shrouded in mystery and speculation from even before the release of Call of Duty: Black Ops Cold War. First, Red Door was the codename given to Black Ops Cold War before it released; then the Red Door played a part in its campaign; then Red Doors were shown in trailers for Warzone Season 3’s Verdansk ‘84 map; and now, finally, Red Doors have been added Warzone.

But what are Warzone Red Doors? Well, they are a sort of fast-travel system for players to quickly zip around Verdansk, but they also allow players to stuff their pockets full of cash and high-tier loot. Red Doors, which emit a faint but noticeable metallic jangling noise when you’re near them, will open up to reveal a portal. Stepping through it will randomly teleport you to one of several sealed rooms within Verdansk, which are called stations. These are full of loot and often contain a few mysteries too.

Following the Season 5 Reloaded update, Raven Software added a Red Door easter egg, likely a precursor to some more mysteries that will be unravelled in an in-game event called The Numbers on September 21.

Here’s everything we know about Warzone’s Red Doors in Season 5 Reloaded.

The Warzone Red Door locations are clustered around a few areas of the map:

Below is a map showing the locations of each Red Door and the 13 stations you can be transported to after going through a Red Door.

Updated map of the Red Doors including the location of the Control Rooms you teleport to in #Warzone with the yellow dots being the most recent found. pic.twitter.com/yGt0NtLSrZ

In Warzone Season 5, Red Doors are not guaranteed to be at every spawn point. Plus, so that they can’t be completely abused all game, they will all despawn after players have used them ten times in a single match.

Going through a Red Door will take you to a corridor, which contains five more Red Doors. You’ll also have around ten seconds to pick a door to go through before you are ejected from the corridor and drop back into Verdansk.

When walking up to the five doors, a voice line will play. Four of them will be Stitch voice lines, and one will be Adler. While all five doors will take you to a station full of loot, Stitch stations will contain booby-trapped black loot crates which release gas into the room if you open them. 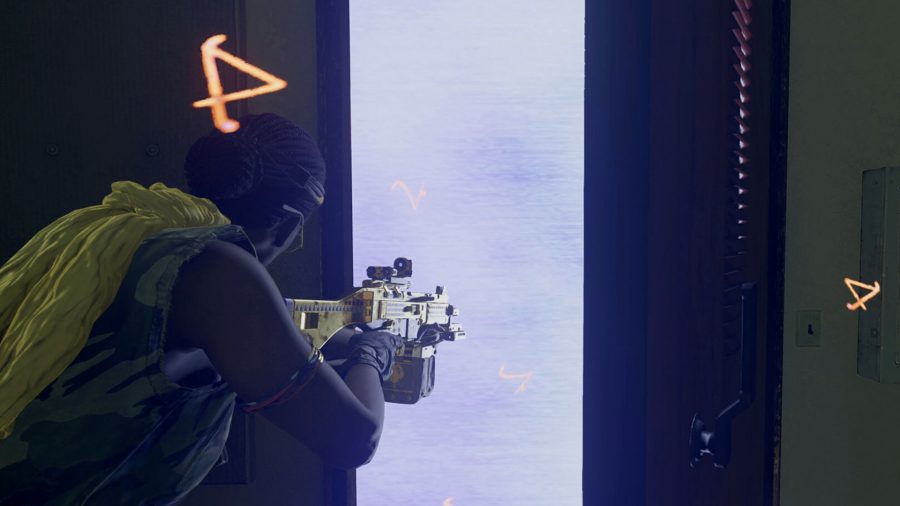 Stations are the loot-filled rooms you are transported to after going through a Red Door.

In Warzone Season 5, entering a Red Door will take you to a corridor with five other Red Doors. Going through one of these will finally transport you to one of the stations.

Each of the 13 stations are named after a letter of the phonetic alphabet, starting with Alpha Station and going along to Mike Station.

If you try and access a station from the outside, you will be met with a barricaded door. The only way to get into them is via a Red Door.

Warzone streamer ‘Geeky Pastimes’ had collated a list of all the Red Door stations and their locations, all for one which has alluded the community until recently: India Station.

We’ve found all the places red doors take you two except for one (I think) – India. What’s so special about that room? pic.twitter.com/oVxVx9flAB

Following an update in Warzone Season 5, India Station finally began being accessible for those going through Red Doors. 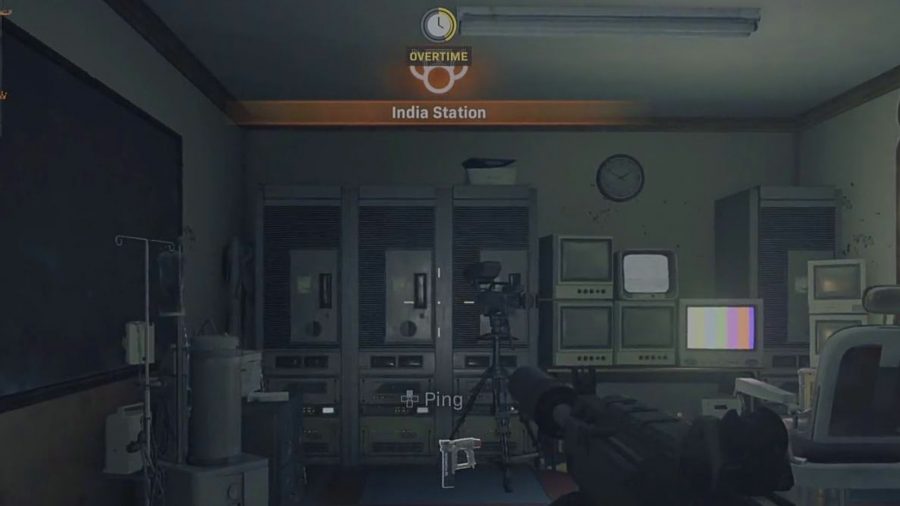 With no visible differences to other stations, it appears India Station was indeed bugged and not part of any further secret or easter egg.

Once you reach a Station, you’ll have lots of Red Door loot to scoop up. In Season 5, going through a Red Door will guarantee your squad an Advanced UAV, at least one Durable Gas Mask, and at least one of the newly-added killstreak, the Sentry Turret.

Plus, there’s a chance you’ll find a Specialist Bonus as well.

If you go through the Adler door in the Red Door corridor, you can also find a blueprint for the Cane melee weapon called Lost Lion.

With all of this weirdness going on with the Red Doors, a Warzone easter egg involving them was always on the cards.

Following the Season 5 Reloaded update, a cryptic easter egg involving the Red Doors went live, seemingly accidentally. It could be the first step in an elaborate easter egg leading up to The Numbers, an in-game event slated for September 21.

With the Warzone mines still sealed off, mobile broadcast stations, and mysterious Warzone containers scattered around the map, everything is pointing towards an intriguing narrative, and Red Doors will definitely play a part.

We’ll keep updating this guide as we come across more Red Door information and locations, so stay tuned.